During this stage, the pilgrim heading for Rome is invited to make a stop at Rosnay l’Hôpital whose church exceptionally presents a crypt.

In the 12th century, Thomas de Canterbury, a refugee in France, honored Rosnay with his presence. He celebrated a mass in 1164 in the crypt, and, according to one says, made a source spring. Its has the reputation of healing all the people who came to drink its water. This source still exists under the name of “St Thomas well.” A little further on, in Lesmont, a small detour will allow the walker to tread the remains of the ancient Roman road linking Reims to Langres and which was followed by Sigeric in his time. 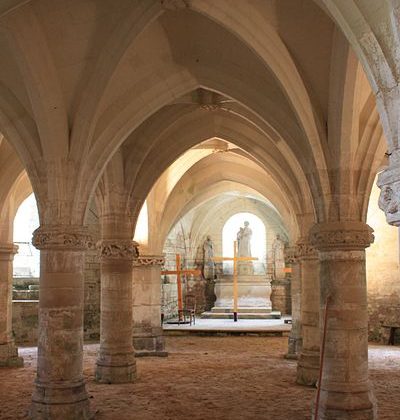