VFF16 - From Tergnier to Laon

VFF16 - From Tergnier to Laon

During this stage, you will first pass through villages such as Beautor and then Deuillet. In the latter, the Calvary-Oratory is noteworthy. In Saint-Nicolas-aux-Bois, several ancient monuments will also hold your attention.

The former Benedictine abbey, founded around the year 1080, now integrated into a private property, has interesting remains: behind the wall, the abbey lodging building and the dungeon remain. The Tortoir is a fortified priory of the fourteenth century. The robust Cross Cesine stands as a sentry at the beginning of the village. In the village of Cessières, the Saint-Sulpice-et-Saint-Antoine church was fortunate enough not to have been destroyed by the war, unlike the churches of the neighboring villages. The village of Molinchart is distinguished less by its monuments than by its natural curiosity: a rocky chaos named the Gargantua’s Hottée. Your journey of the day ends up in Laon, the county capital city. This city is called “the crowned mount” due to its silhouette, visible from miles round. Its “ethereally” outlined cathedral, given the numerous openings of its towers, is remarkable. At the corner of a street is a chapel of the Knights Templar. Further on, there is the church with the Dutch name “Sint Martinus kerk”. The old episcopal palace is imposing, and the fortifications with its strange leaning tower also are so in their own way. 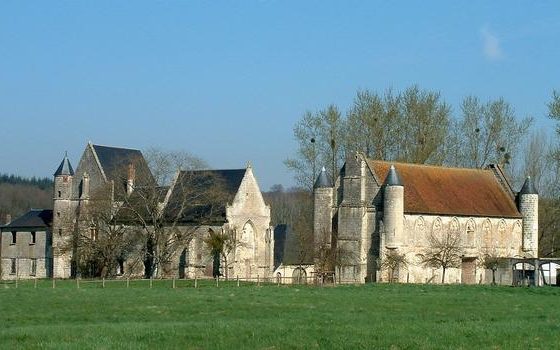 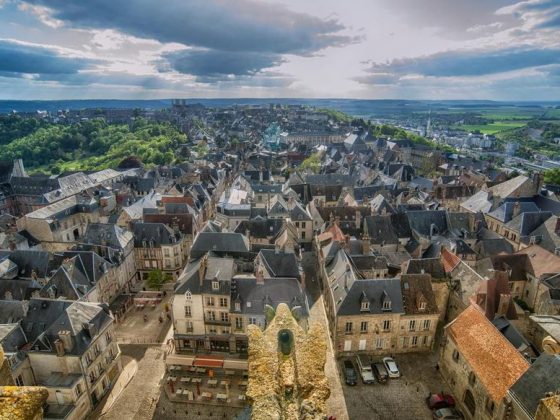