Day 68 – Siena to Buonconvento: aboard a historical train carriage from the 20s!

Special, unique, unrepeatable…there are many words I would use to describe our (very busy) day.
This was the only stage of Road to Rome that was not walked nor cycled, but powered by a historical train from 1920s, authentically renovated and provided by the Italian railways manager Fondazione FS Italiane. To be honest, I am a little sad that I didn’t walk this stage, which is supposed to be very beautiful, yet it was great to watch the beautiful hills of Siena from the train window.
After a guided tour in Siena, we headed to the station. There was a total of 130 people on the train! We were divided in different carriages: one carriage was a ‘conference hall’, where an important institutional meeting was held. The Road to Rome official group had its own space in another carriage, and the rest of the train was full of tourists who paid for their tour ride.
The meeting in the conference hall was held, among many representatives of regional and state administrations, by the Italian Minister of Tourism Massimo Garavaglia, Monsignor Liberio Andreatta and Luigi Cantamessa, respectively President and Director General of Fondazione FS Italiane, Federico Eligi, delegate for the President of Tuscany region, Anna Paris, representing the regional Council, Francesco Gazzetti, regional councilor and EAVF’s vice-president, as well as Massimo Tedeschi and Luca Bruschi, respectively EAVF’s President and Director, and myself. There was a presentation about slow traveling, including historical trains and walking trips, and about the Road to Rome project. Unexpectedly, I also pitched (in total improvisation) for the Italian Minister of Tourism! The entire meeting gave us a positive prospective on the future of slow traveling and of the Via Francigena, with a lot of optimism and institutional support.
We arrived at the train station in Torrenieri (which is not normally functioning but had been opened purposely for us!). Here, we were welcomed by a big group of people from Pro Loco Torrenieri in historical costumes (late 19th century, early 20th century). We took a bus to Montalcino, where the tourists traveling with us had a guided tour of the town and a tasting of Brunello wine, whereas I went to a beautiful restaurant with a view on the Val d’Orcia with our special guests from the conference.
We then moved, by bus, to the Abbey of Sant’Antimo, a majestic structure amid the hilly fields, where we took a lot of pictures; the pilgrim’s stick was blessed inside the abbey by Monsignor Liberio Andreatta. The bus brought us back to the train station and went to our accommodation for tonight: the Tenuta di Suvignano, which offered dinner and hospitality for our entire group. Suvignano is a beautiful and large property in the countryside, with a wonderful view, which was confiscated from mafia in 2007. A very special thanks to Società Agricola Suvignano and Ente Terre Regionali Toscane for their staggering hospitality!
By the end of the day, I started feeling a little dizzy. I’m not used to trains and buses anymore… Back on my feet tomorrow!

HIGHLIGHTS
– Seeing the Val d’Orcia aboard a renovated historical train
– Giving an improvised pitch for the Italian Minister of Tourism!
– The beautiful Tenuta di Suvignano and its story

TODAY’S TRAVELERS
…too many! 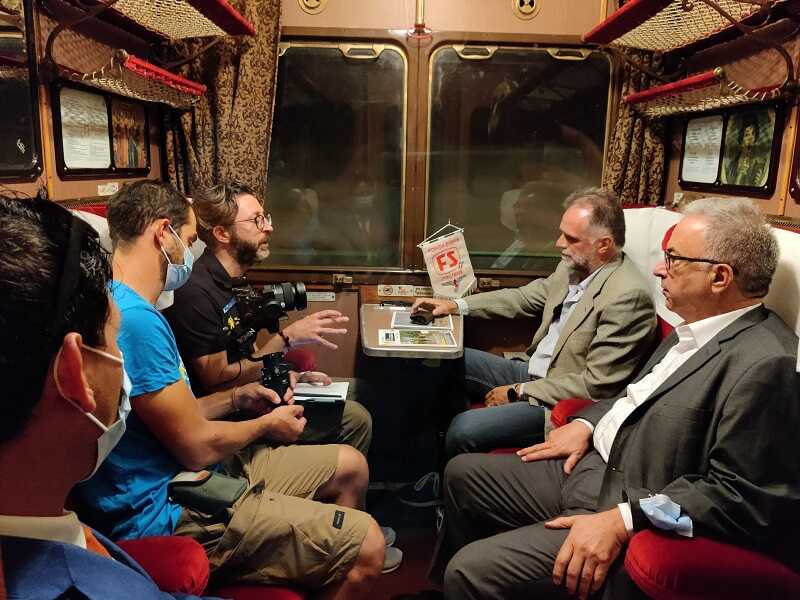 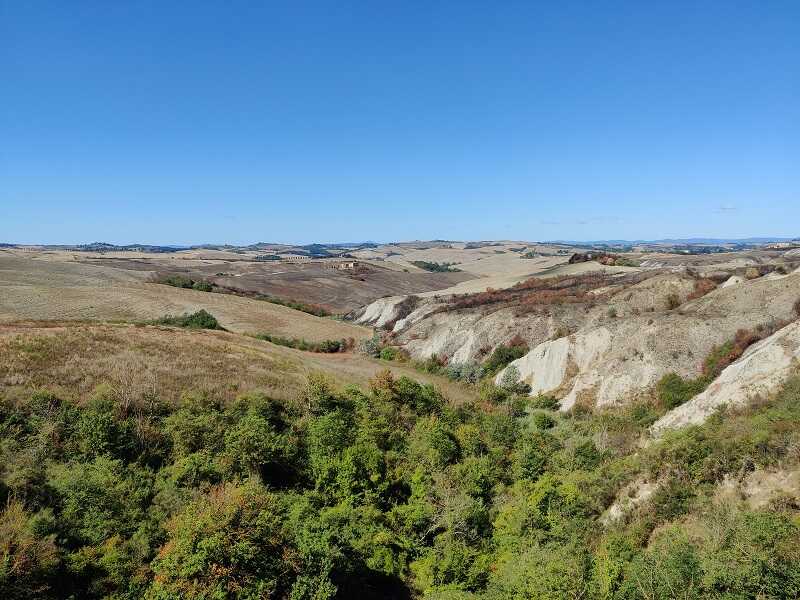 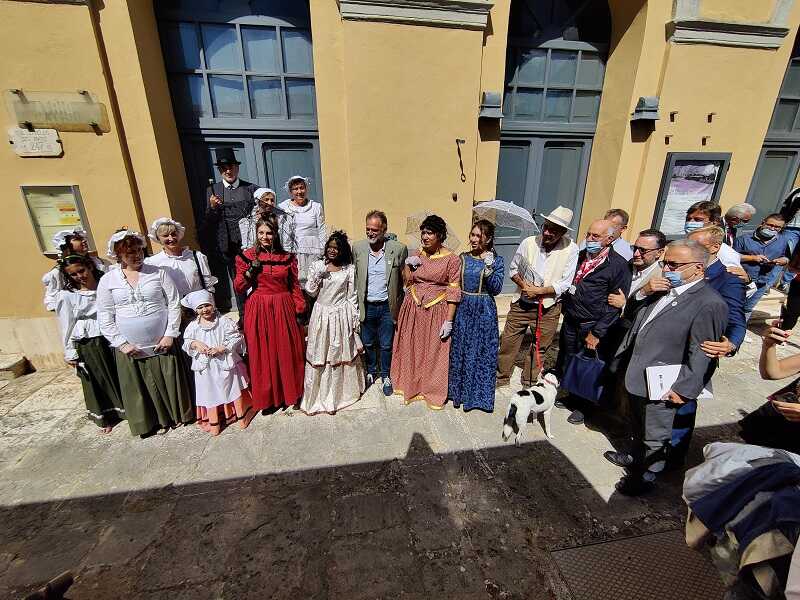 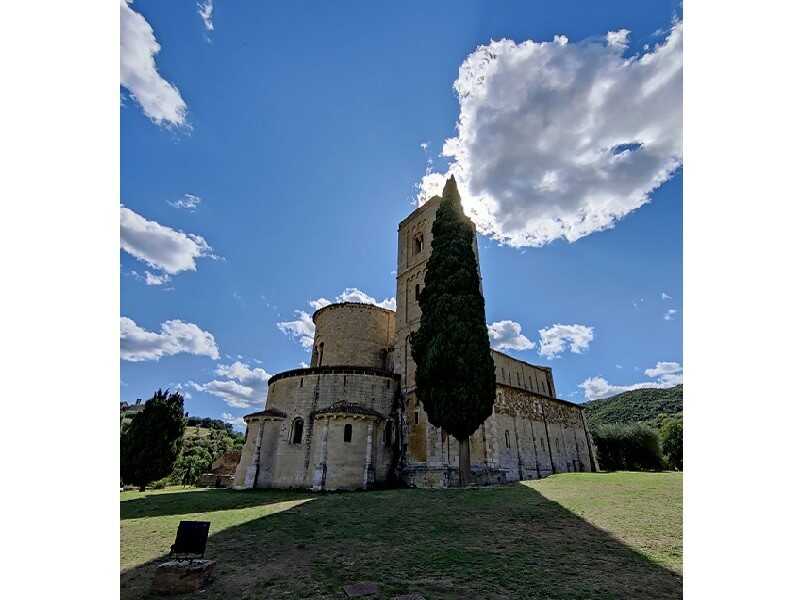