Day 67 – Abbadia a Isola (Monteriggioni) to Siena: a big group of happy hikers under the summer rain

An intense day, full of surprises: first of all, we were a very large group – possibly the largest until now; we also knew it would have rained in the morning, and indeed it went on for quite a long time. We delayed our departure, both because of the rain and because the President of Regione Toscana, Eugenio Giani, was going to join us here. It’s symbolically very important to us to have him joining today, and we had an institutional greeting under the arches at Abbadia a Isola before heading out together. Aside the mayor of Monteriggioni, Francesco Gazzetti from Regione Toscana, and our President Massimo Tedeschi, a group from the Agresto association was there, wearing medieval costumes – Dante Alighieri was there! – and reciting for us. I personally want to thank our friend Eraldo Ammannati, from the Agresto association, for arranging our stay both in Abbadia a Isola and in Monteriggioni.
We ended up only walking at 11 am, very late, but still ok when it’s a rainy summer day. We haven’t had rain for quite a while and kind of forgot what it feels like to walk like this. We all enjoyed the fresh air and the break from hot sunny days! Yet we were happy when it progressively stopped raining. We passed by Monteriggioni (taking a shortcut because of our delay) and were joined here by the Gruppo Trekking Senese, a local hiking association, many members of which are also working as civil protection authorities, that take care of maintenance and signposting in this section of the Via. Gruppo Trekking Senese has put up extra blue signs in this stretch which indicate how far the next water source is, but also how long you have walked and how much is missing to the end of the stage – I think it’s genius!
Ambra, an AIGAE guide, told us about the history of this area as we hiked. We walked a lot in the forest in the first section of the stage and then came to an open castle, at La Villa, with a nice rest point for pilgrims along the route. You can either stop at the resting point and eat your own lunch or walk inside and eat at Angelo and Marcello’s big pilgrim diner: here you can eat, sleep, charge your phone and get information about the route. They cooked a huge veggie-based lunch buffet for us, with their own vegetables! This was awesome for me – we’re usually eating a lot of meat cold cuts, of which I’m not the biggest fan, and cheese. Warm cooked food is quite rare, and so are vegetables – super yum!
We walked back into the woods after La Villa, and then the route opened up again before our arrival in Siena. The last stretch is not very beautiful. Siena’s skyline is amazing, but the Via Francigena arrives from the not-so-photogenic side. It will be better on the opposite side, as you leave the city! We arrived in Siena late, around 7.30 pm, and could not walk in the main street (the official VF route) because one of the Senese ‘Contrada’s, the ‘Istrice’, was having a feast in honor of the Palio (a very famous yearly competition – a horse race – between neighborhoods in Siena. If you’ve never heard of it before, you should look it up!). We didn’t have much time in the evening to visit the city, but only managed to have a greet with the mayor and retire to eat and sleep, to prepare for tomorrow’s crazy day. A lot of exciting news will come tomorrow! 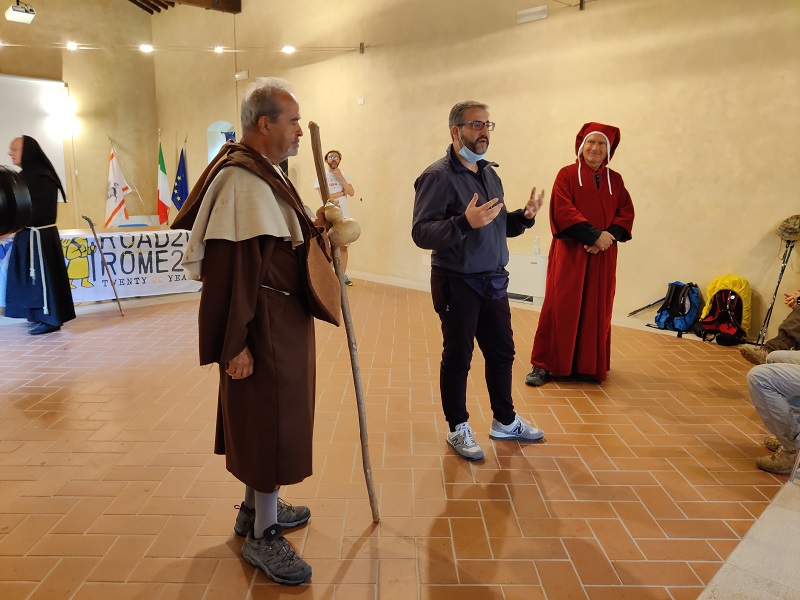 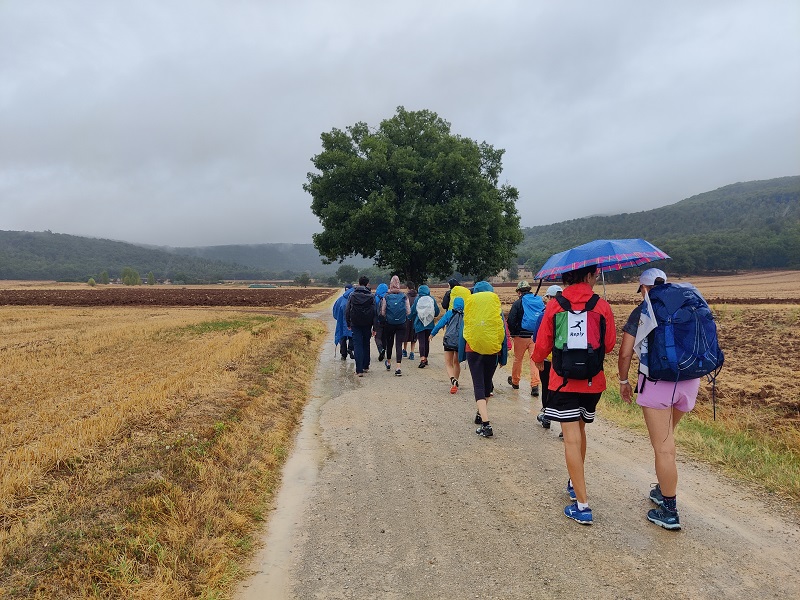 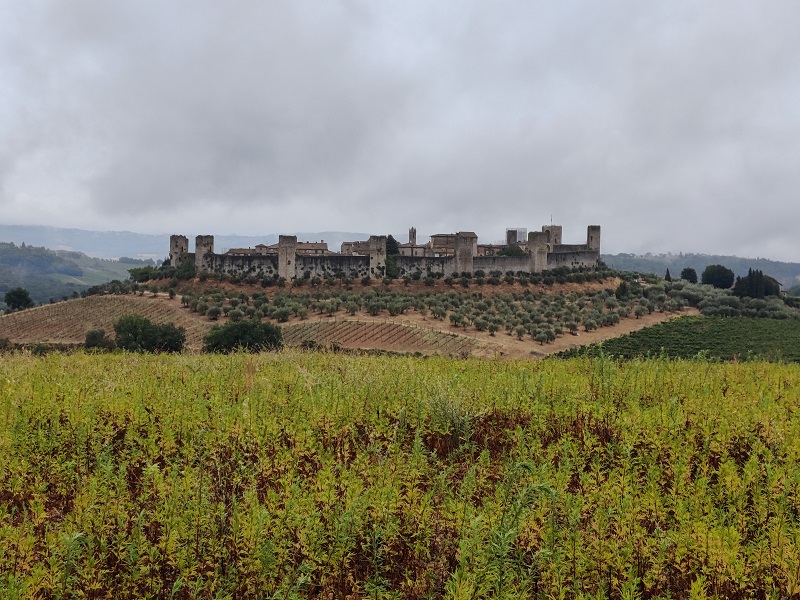 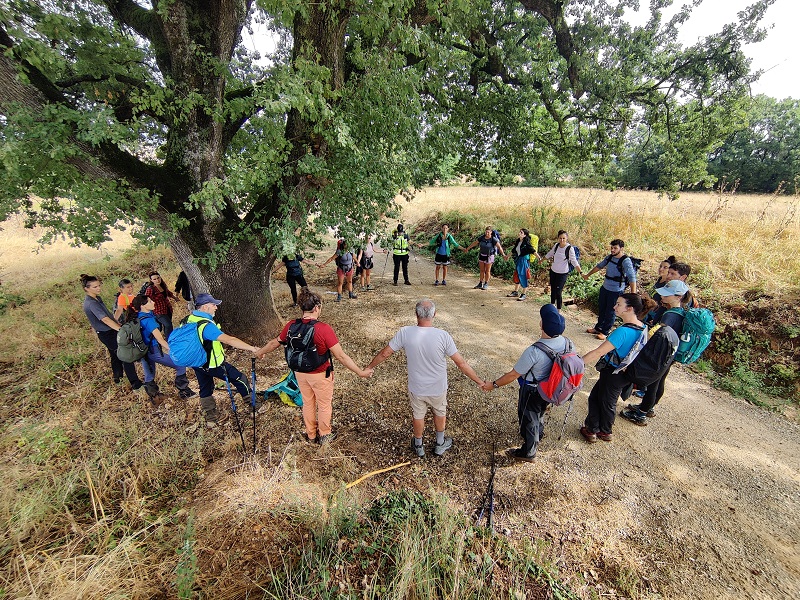 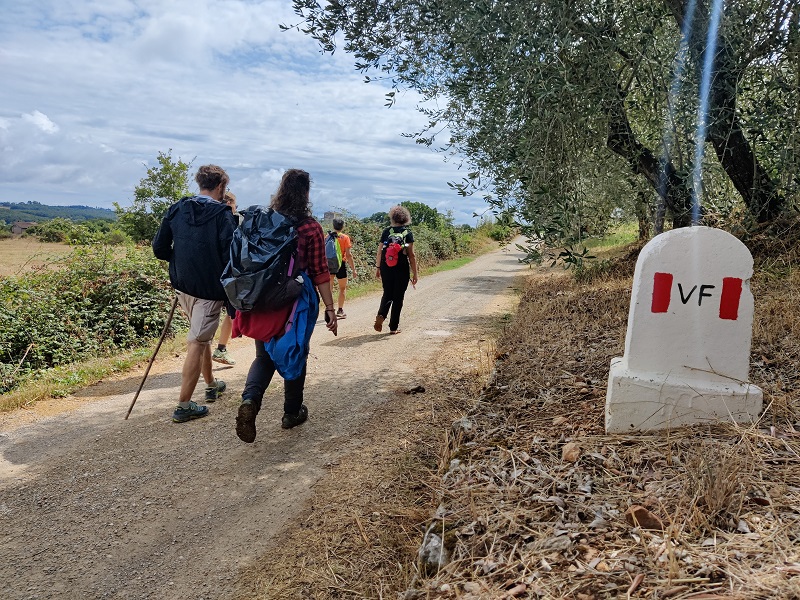 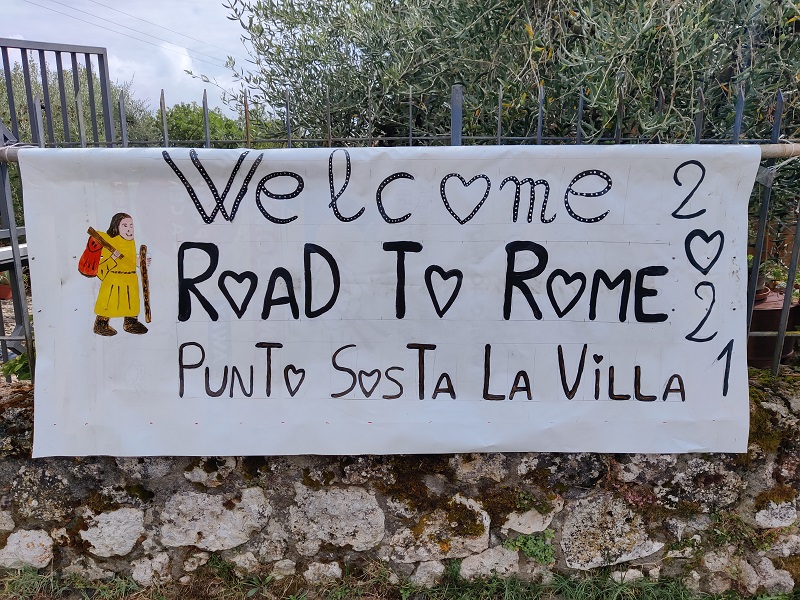 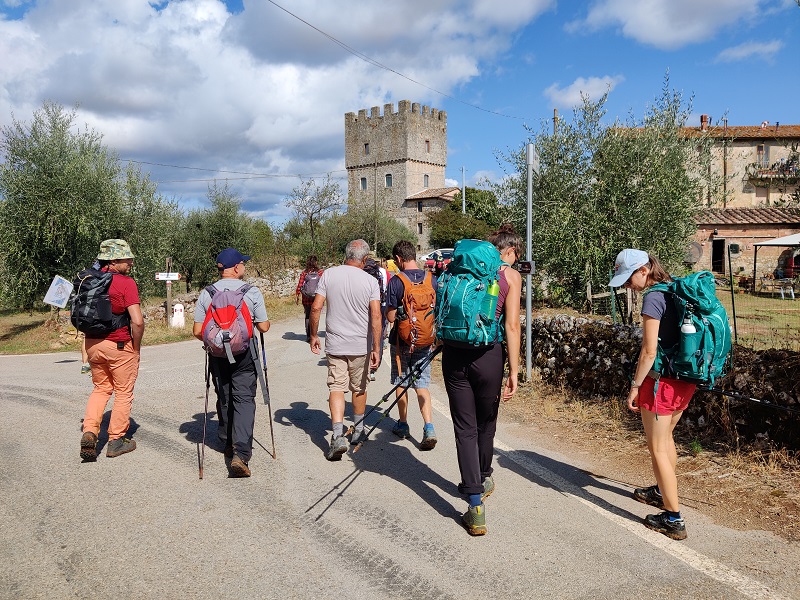 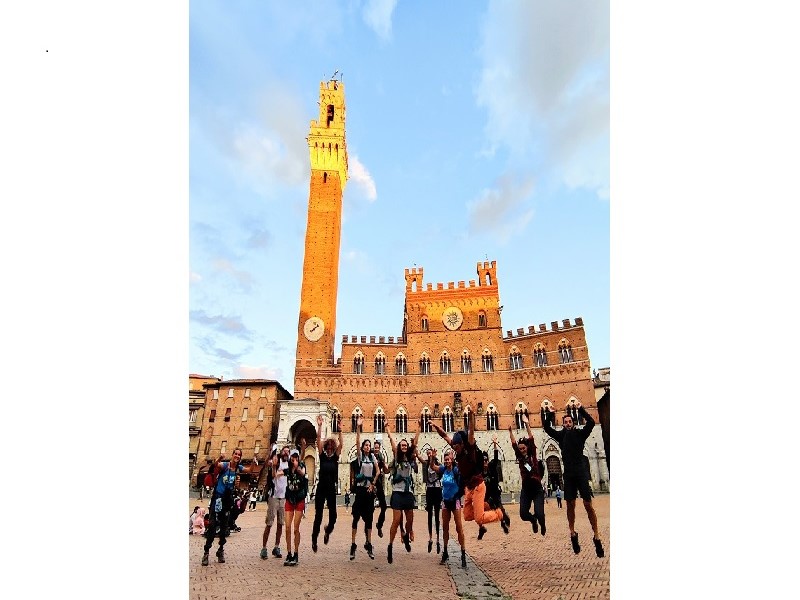