👣 16,7 KM on foot – Thursday 1 July
If you’ve ever walked or cycled along the Via Francigena, or along any other cultural route for that matter, you probably know this feeling quite well: the strange combination of joy and sadness when leaving the place of departure in the morning. Joy to be back on the road again, but sadness because you’re leaving something (and often someone) behind. The Via is filled with unexpected encounters and having to say goodbye isn’t always easy.

Today we said goodbye to two of our friends who have been with us since our group left off from Calais on the 17th of June: Clair Waïss from the French Federation of Randonnée and Mattia Poppa, our videomaker. Sharing two weeks and countless experiences on the road with them, has created a certain bond and familiarity. So seeing them go in the morning wasn’t easy. But we also know that this is part of the journey: the people we meet along the road enrich us in their own way, and when we have to say goodbye they often leave something behind that we didn’t have before we met them. And for sure this will will happen many times more until we reach Santa Maria di Leuca on the 18th of October.

Taking Mattia’s place as official Road to Rome videomaker for the next two weeks is Nicola Cagol, who will be documenting everything that happens with photos, videos, and drone shots. Today’s stage from Trefcon to Saint-Quentin was an easy one to begin with for him: not particularly long, finally we saw some sun again, and we even arrived at destination before the planned arrival time! (first time this has happened so far).
In Saint-Quentin we had an amazing welcome by the municipality and the Tourism Office, who took us on a special visit to the roof of the Basilica. After this exceptional experience, they had another surprise in store for us: the city’s official carillon musician played several (Italian) songs for us with the carillon in the town hall’s belltower.

A fine dinner in the main square topped off today’s stage, and as we made our way to ours beds for the night we felt grateful for yet another day with new enriching and fulfilling encounters.

𝐇𝐈𝐆𝐇𝐋𝐈𝐆𝐇𝐓𝐒
Arriving to our destination before the planned arrival time
Visit to the roof of the Basilica with Frederic, an exceptional guide who spoke English, French, and Italian!
Finding a good French SIM card
Italian music played on the town hall’s carillon 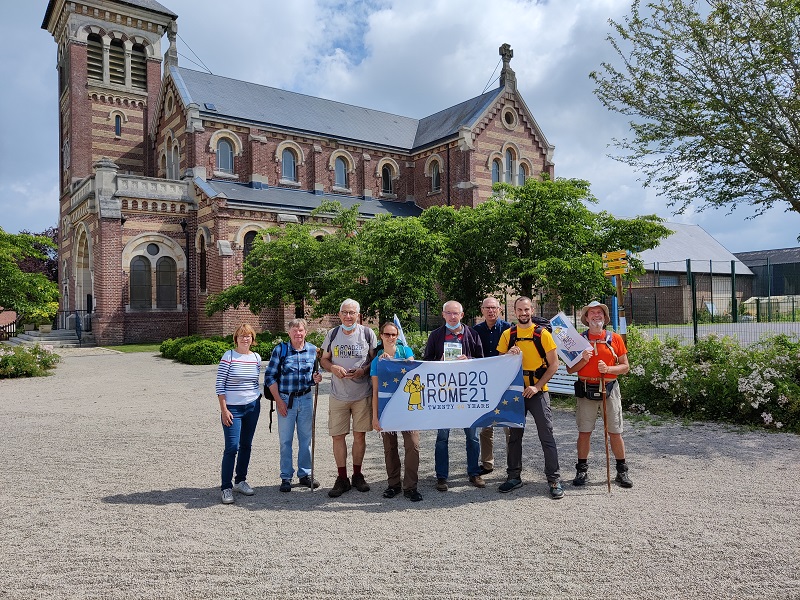 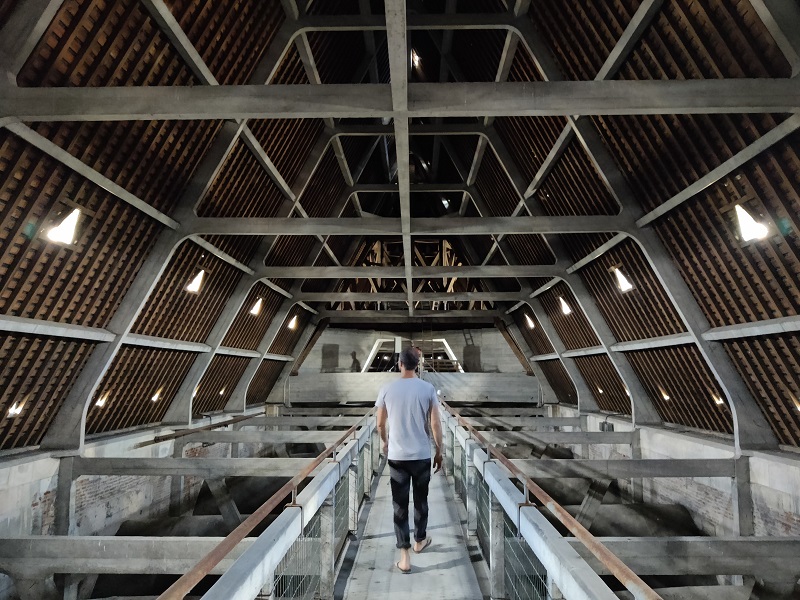 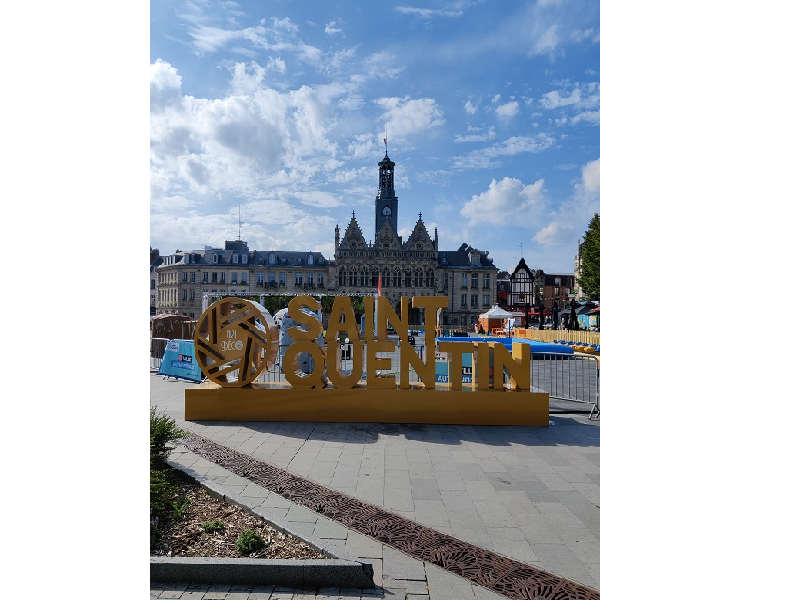