Skip to the content
Previous stage
Next Stage Next Stage

Today was another one of those days: we’ve said goodbye to several other friends who have been with us either from the beginning or for the past couple of days. Our group of walkers got rather small when we made our way from Saint-Quentin towards Jussy in the morning. A final stop at the tourism office of Saint-Quention to get their stamp for our Via Francigena credential, and off we went!

The first kilometers after leaving the city we walked next to the Canal de Saint-Quentin: a canal that is no longer used for commercial purposes but only for touristic ones. However, we didn’t see any boat while walking there; only birds and other animals. It was a very nice and calming experience, because not so many other people were there. Nicola, our videomaker, took this opportunity to create some nice drone footage and just before noon we arrived to our halfway destination: Seraucourt-le-Grand. We were welcomed by the mayor and offered our daily half meter of baguette. After this short intermezzo, we proceeded towards Jussy where we arrived around 15:30.

Temperatures and the weather were amazing today: warm and sunny, but not too warm. Upon arrival at Jussy we had an amazing welcome by the mayor and the local community. They had gathered in front of the Municipality building, together with a group of local school children. After some kind words of welcome, and the revelation of the official Road to Rome plaque, the children read some texts and sang two songs in our honour. After a hot shower and barbecue organized by the municipality, we retired to our beds in preparation for the first stage by bicycle tomorrow.

Jussy’s school children singing for us

Taking a shower in a school building 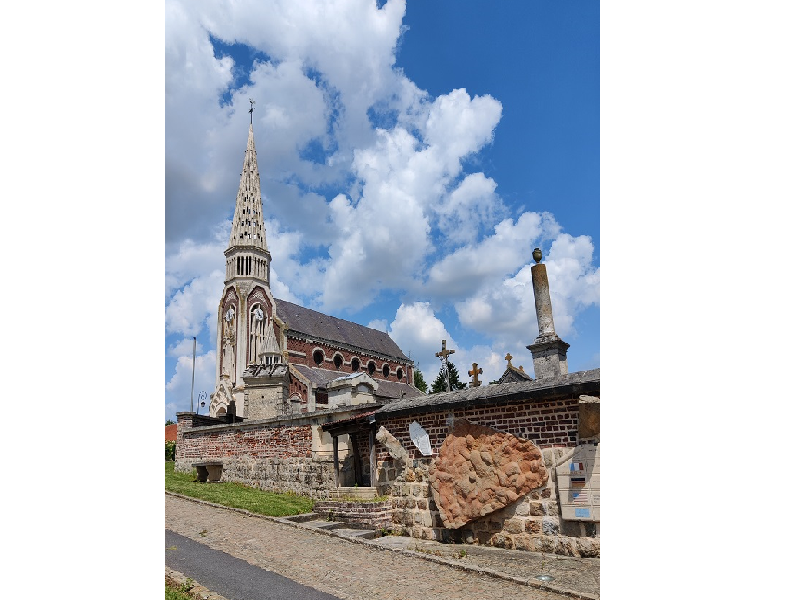 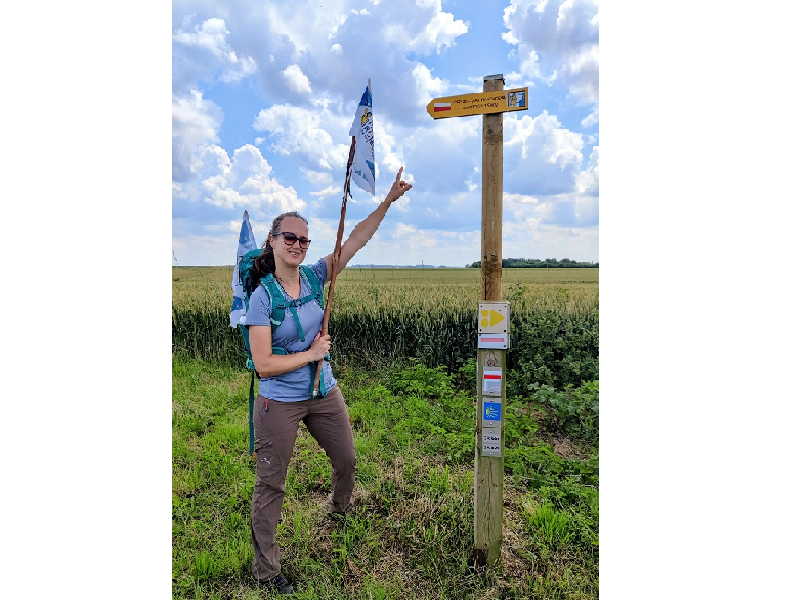 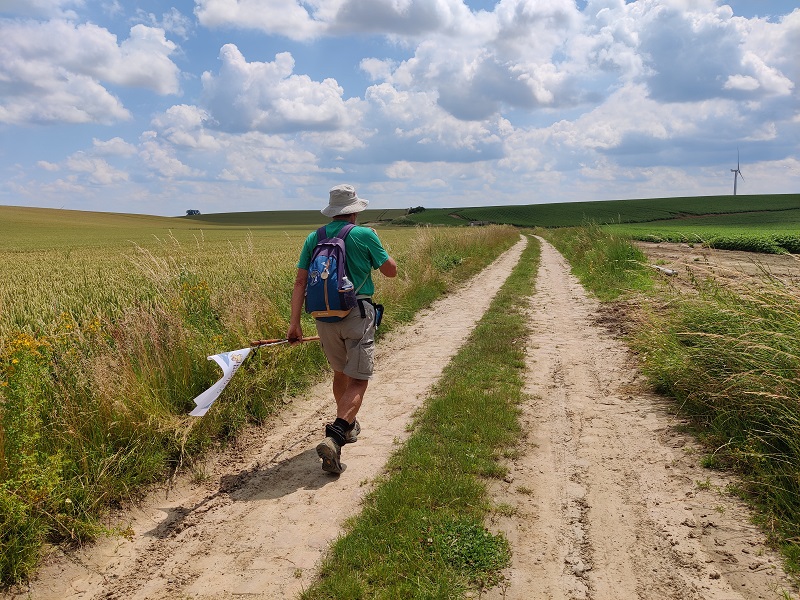 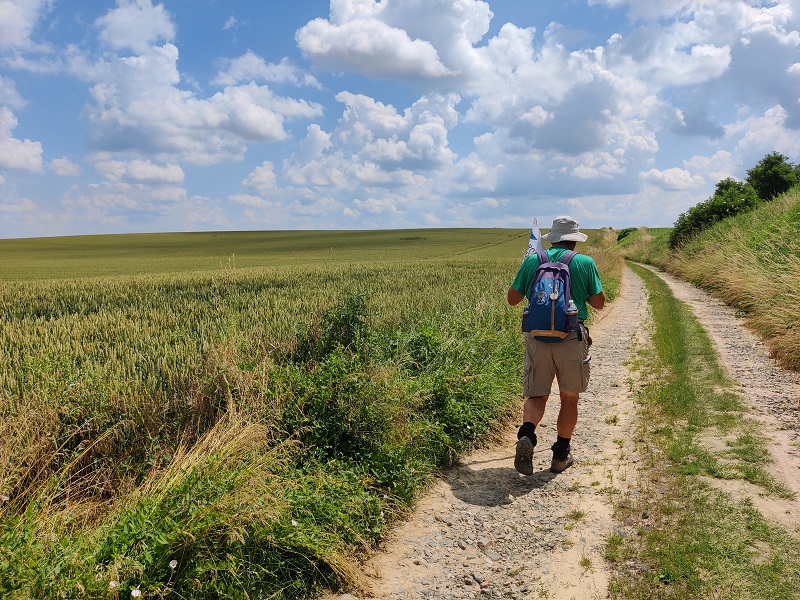 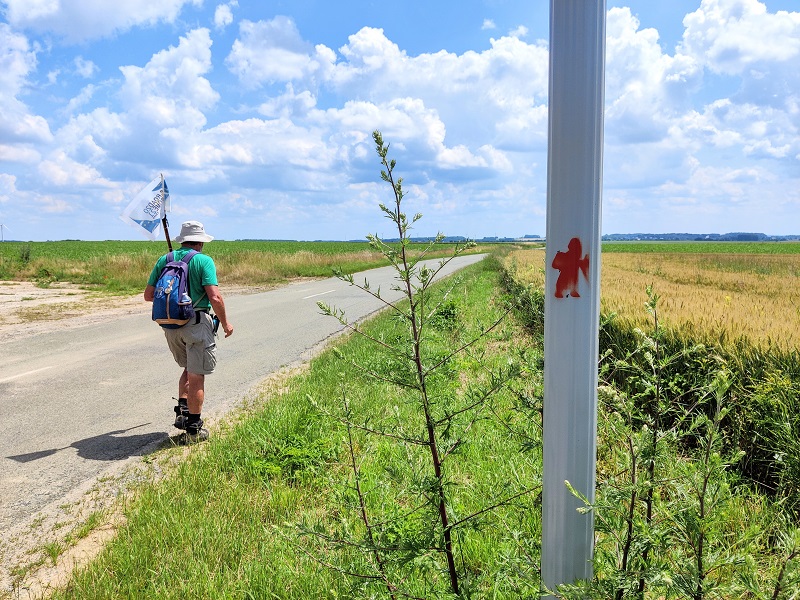