Day 14 – Péronne to Trefcon: mysterious neolithic stones and a ride by horse carriage

👣 17 KM on foot – Wednesday 30 June
Sometimes there’s only so much you can say about a landscape that stays more or less the same for days and weeks in a row. Apart from the people surrounding us and our geographical position that is changing each day, often what our eyes see remains more or less the same. And I have to admit that finding the creativity and the words to describe and talk about something new for each stage here in Haute de France can be quite a challenge sometimes.

But no day along the Via Francigena is the same, as today taught me once again! We set off around 9 AM from Péronne, after a last meeting and photo session with the town’s councillor Michel Drevelle and several other delegates. With the rain once again falling on our heads, we knew it was going to be one of those days again: just enough rain to make you uncomfortable without rain clothes, but the moment you decide to put on your rain clothes and wrap your waterproof cover around your backpack, of course it immediately stops raining.

By now however we have gotten used to this unpredictable French weather, and most of the time a joke and smile suffice to make us forget about our bad luck with the northern European climate. And often it even makes for great photos or videos, such as the photo taken of our 10 hiking shoes together covered completely in mud after walking on an impossible dirt road that had basically turned to a mud stream.

But enough about the weather! Today we were joined by several local walkers from the French Federation of Randonneurs, who have all been great company throughout the past two weeks. Another special mention goes to our hosts here in Trefcon, a tiny village with 83 inhabitants. We are staying at the Gite Le Val d’Omignon, a local family-run B&B where they have been hosting Via Francigena pilgrims since 1996! An amazing evening meal with local specialties and of course the ride in their horse carriage between Tertry and Trefcon have made this day once again a unique and rewarding experience. 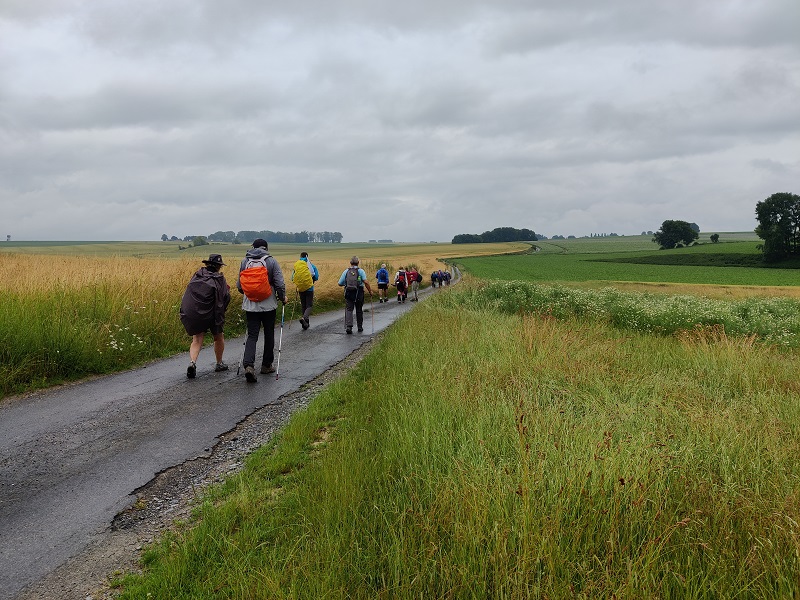 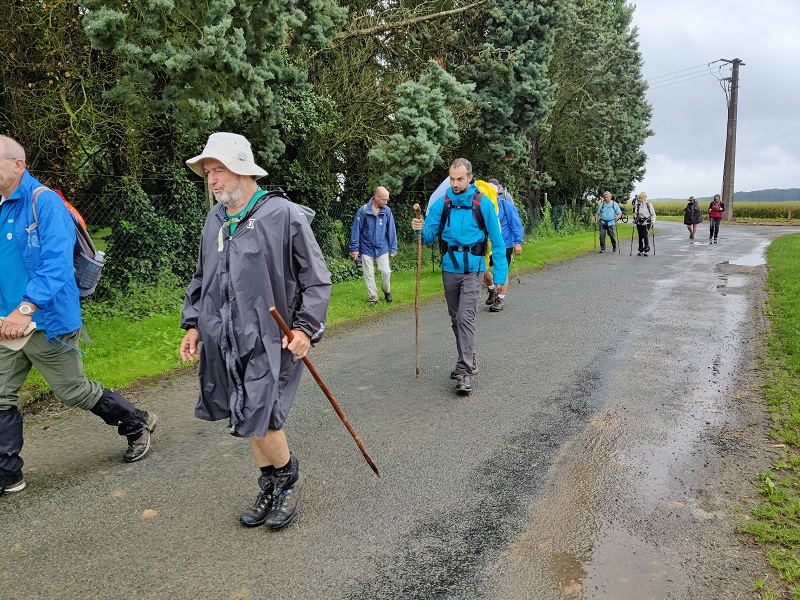 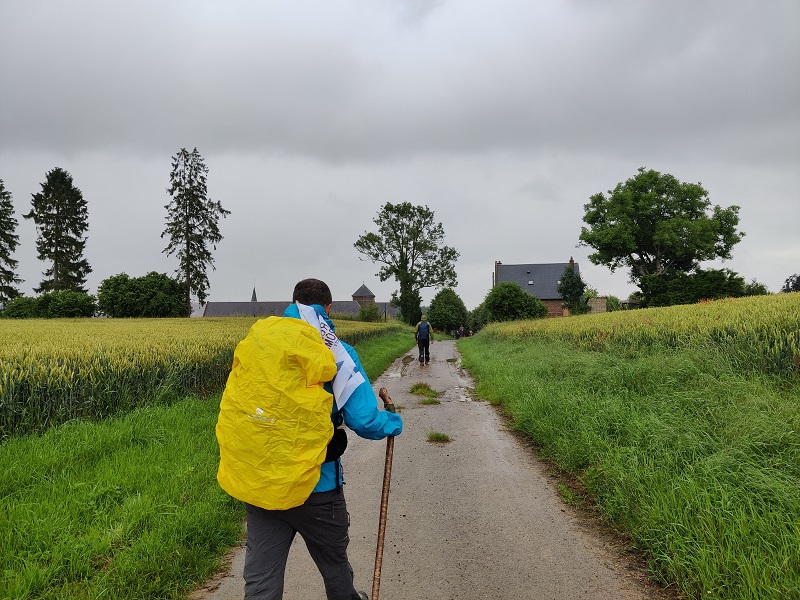 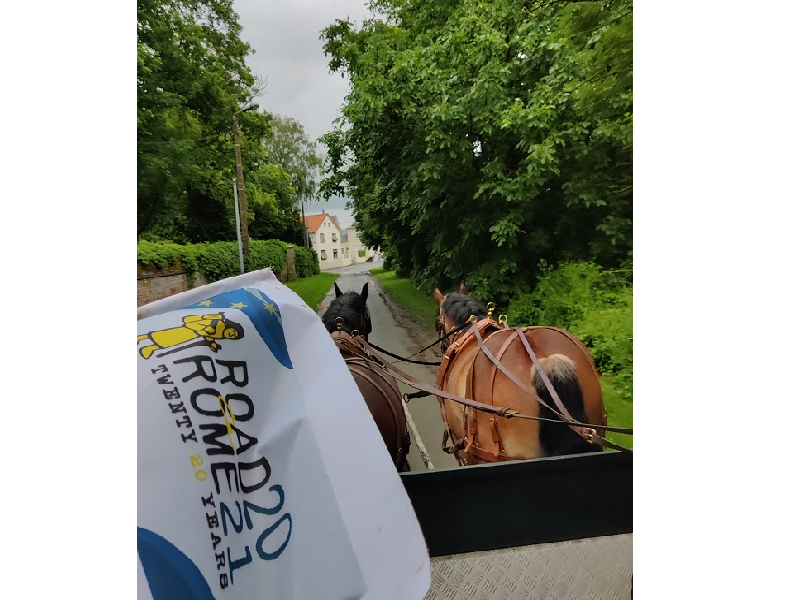 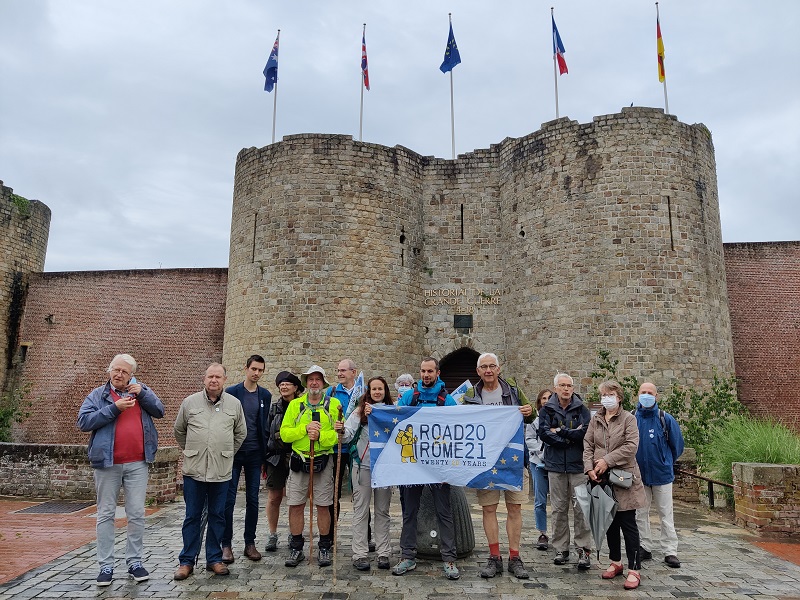 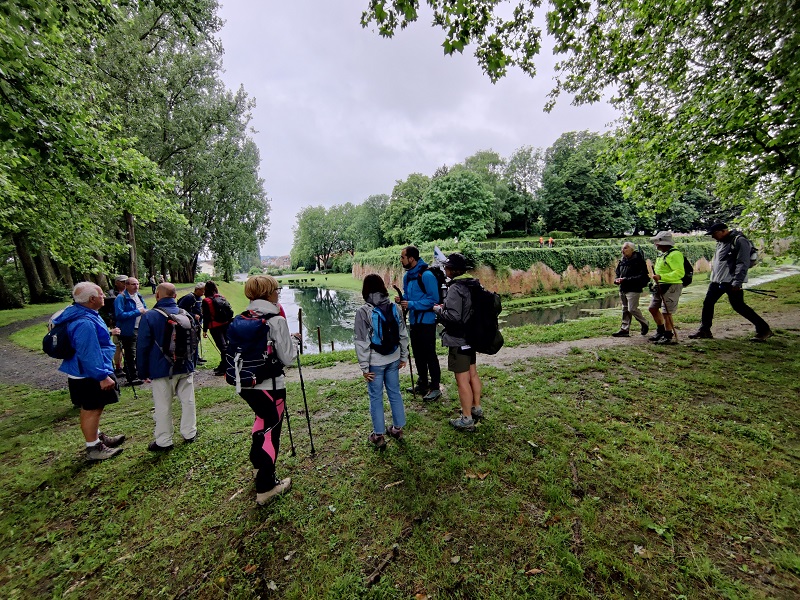 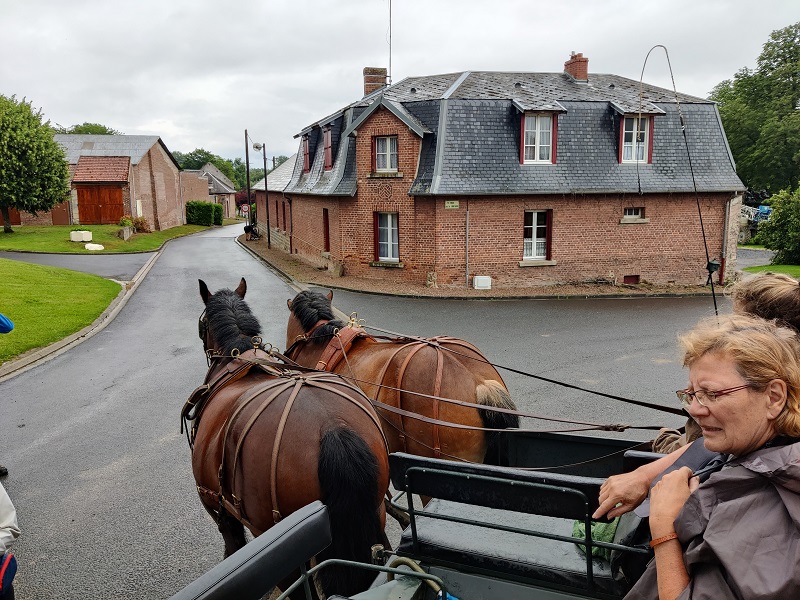