Day 95 -From Benevento to Buonalbergo: the importance of signage…and its reward: discover why

Today we have finished stage 95 of our great adventure along the Via Francigena and I am … still … ill. My nose is blocked, I have a terrible cough and a cold. A few days ago, our Ambassador Annalisa had a sore throat, then my colleague Simona caught it, and guess what, so did I! Today’s stage comprised of 23.8 km from Benevento to Buonalbergo; shortly after Benevento, we passed Ponte Valentino, an old Roman bridge that unfortunately is not well maintained – there is lots of long grass growing so you can hardly see that it is a bridge, you can only understand that from the ups and downs. It’s a shame because I reckon it could be really, really nice to cross if it were cared for a bit more. We met a Dutch lady who had stopped to put on some sun cream, since it’s still hot here in Campania. Along the way we continued with our mission to complete the signage on the route, which is rather scarce south of Rome. In reality I wanted to put the stickers up from the start, but they weren’t available, but we are trying our best, especially near junctions. It’s a small gesture that greatly helps the pilgrims to follow the correct path along the Via Francigena and it’s a great satisfaction for me. I would do it as a full-time job!

After a few miles we made a short stop in the Municipality of Paduli, where we were welcomed by several representatives and workers of the civil service, and with whom we shared a little refreshment made up of pizza and wine (even though it was only 11am!). After the stop we had to overcome a hard climb, something which characterised this whole stage, full of ups and downs. We arrived at Monte Capriano, after an incline of some 20/25%, and after Benevento we travelled along the Via Traiana, which in some stretches coincides with the Via Appia Antica, even though the old cobbles are hidden underneath the current road.

From there we had another little stop near to Sant’Arcangelo Trimonte where the Cavaliers of the Via Traiana arrived. They had left from Monte Sant’Angelo on the previous Saturday to bring the statue of Saint Michael after the blessing. They arrived 10 minutes after us, so it was a double-special arrival. There we had lunch, and after eating something and taking a few photos we set off again for Buonalbergo. This last part of the stage was, without a doubt, the most beautiful because there was no more asphalt: it was all unpaved paths, with a few uphill stretches on this hilly walk. Once we got to Buonalbergo, we went straight to the square – though getting there requires climbing lots of stairs. We finally reached the square (very tired and sweaty!) where a group of people from the local community was waiting for us, with their representatives from seven Municipalities: Sant’Arcangelo Trimonte, Buonalbergo, Paduli, Castelfranco in Miscano, Montecalvo Irpino, Casalbore and Ariano Irpino. The Mayors and Councillors were invited by Buonalbergo Municipality, with whom we are working closely to improve and develop the Via Francigena of the South which passes through their territory. Their work is tangible: today we have seen some of the positive outcomes of the collaboration, given that there is more signage on the second part of the path and there are some rest-areas for pilgrims, perfect to shelter from the wind and rain, and with many solar panels and plug sockets to charge mobile phones or GPS. These rest-areas were not there a year ago and this demonstrates the importance of collaboration between councils and institutions, something which is not to be taken for granted, especially in the south. In the square there were also some representatives of the Pro Loco Buonalbergo, from the town’s theatre association and from the Association of the South Francigena. The Municipality of Buonalbergo wanted to give a prize to our Road to Rome 2021 initiative, which made us really happy! It’s the first prize we have received in these three and a half months on the road, and is recognition that our initiative is proving successful among the public and businesses. With this prize, we feel even more ready to continue with our adventure, which tomorrow will take us to Puglia, the last region to be visited on our walk which will conclude in a few weeks.

The old town in Paduli

The panorama of the valley from Paduli

Eloisa Papa, Association of the Via Francigena of the South 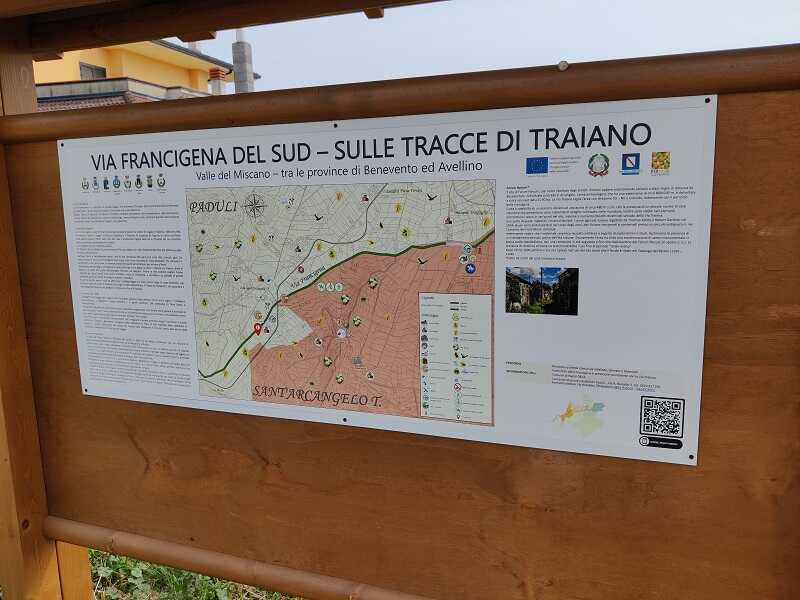 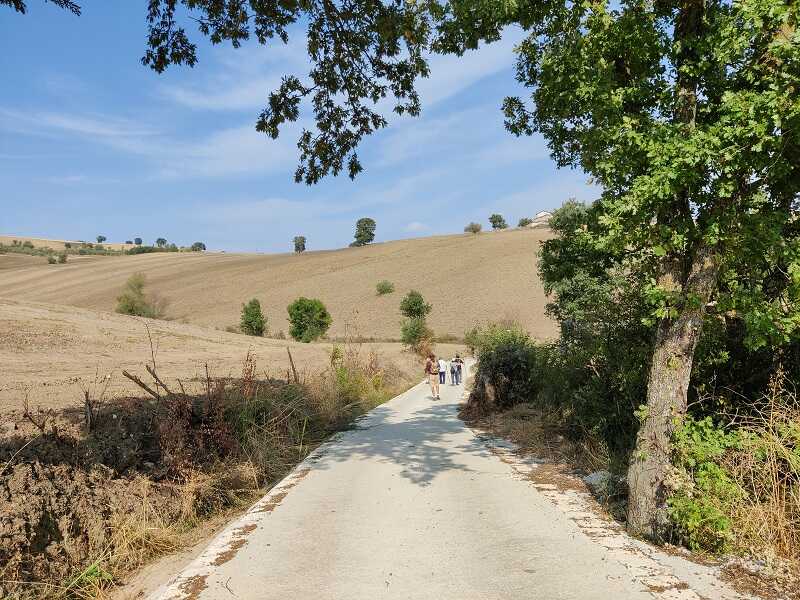 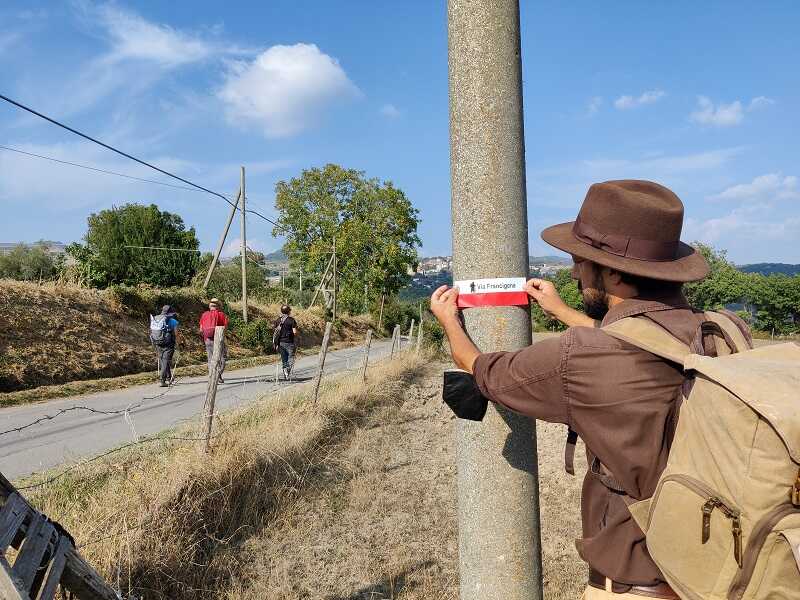 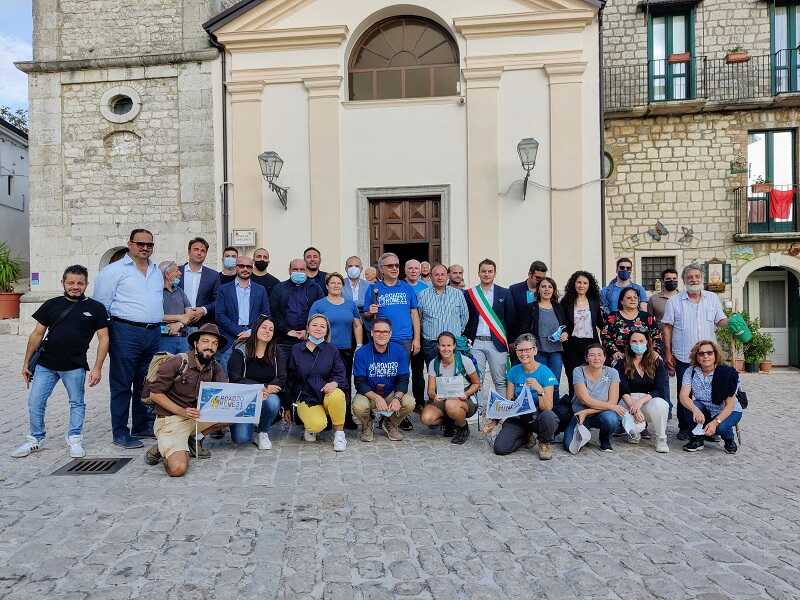