Day 88 – Formia to Minturno: walking along the coast and heading out from Lazio

Today is our last day in the region of Lazio, after 3 weeks spent crossing this territory! I can start feeling the end of this journey getting closer. Campania will be the second to last region of our long relay march.
We walked all day along the coast – what a nice memory, now coming back! Yet, it’s very very different from our last experience, in June in the north of France. Now, beaches are covered with parasols, there’s beach party music at bars and people sunbathing. Still, it’s Tuesday and it’s a very windy day, so not many people were actually diving in the water.
Halfway through we crossed the coastal town of Scauri, where we visited the panoramic Scauri tower and explored some special natural areas, such as the ‘Spiaggia dei Sassolini’ (literally, the beach of small pebbles).
The last part of today’s walk was not so nice: we walked on a lot of asphalt and the sides of the road were covered with garbage. It is now evident that we are heading in the south of Italy, where it is very common to find a lot of abandoned waste along roads. The region Campania is particularly polluted. These problems are very well-known (and also very clearly visible), and the government is working to fix them, but it is very difficult and a slow, slow process.
We arrived at the Garigliano River: the border between Lazio and Campania. We will not cross the river today, but tomorrow – so we’ll start the day with a complete new start, in new territories! We went for a super nice guided tour, with a guide from the Lestrigonia cultural association, in the ancient city of Minturnae, in the valley, and only later reached the modern city of Minturno, which is built higher up on the hills.
Minturnae was a very big and rich city. Apparently, the city was first built as a Castrum in 269 before Christ; it therefore has its ‘Cardine’ and ‘Decumano’, the two main crossing roads, and 4 square towers forming a stronghold in the center, around which the rest of the town was constructed. The Via Appia Antica is actually the ‘Decumano’ of the city. And the incredible part is that this part of the city was in use until the end of World War 2! You can see a bunker from the war, which makes of it a very mind-boggling combination of historical periods and situations. But there’s more: before the Romans, who conquered this area, it was inhabited by the Aurunci peoples, and there are traces of them as well.
We visited the Roman theater of Minturnae and the ‘Latrina’, the ancient public toilets. The guide told us how Romans had to pay to use public toilets, and that money was invested in big public buildings all over the Empire – such as the Colosseum. This is the origin of the Latin saying: ‘Pecunia non olet’ (money doesn’t stink). The tour guide told us a lot! I could share a lot more with you, but I’m simply going to highly recommend taking a tour of this ancient, authentic Roman city. I’m learning that many of these stunning heritage sites are struggling to maintain themselves due to the lack of funds: most regional and national funds are handed to the already known and touristy locations, such as Pompeii or Ercolano. Not many people know (which is why investments are missing) that there are so many other sites to discover, and that they are at risk of being forgotten!

HIGHLIGHTS
– Walking on the seashore!
– The awesome view at the tower of Scauri
– The ancient city of Minturnae 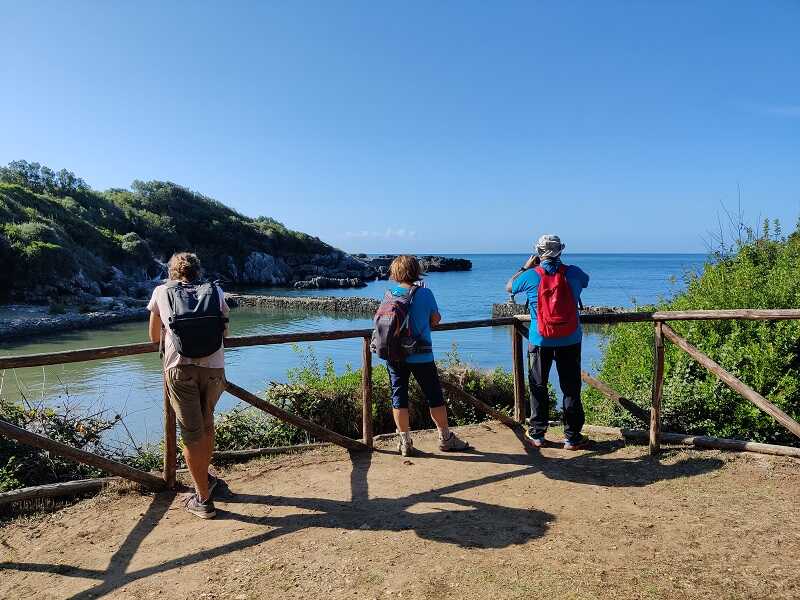 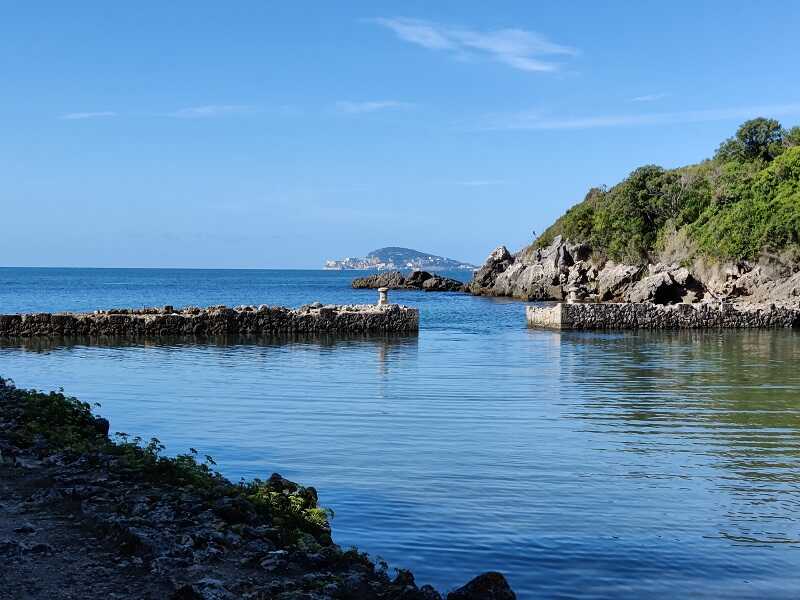 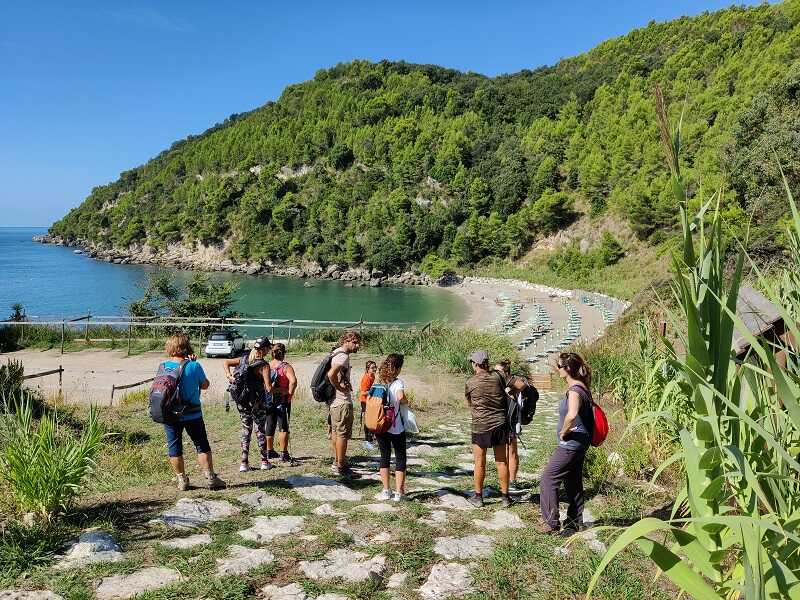 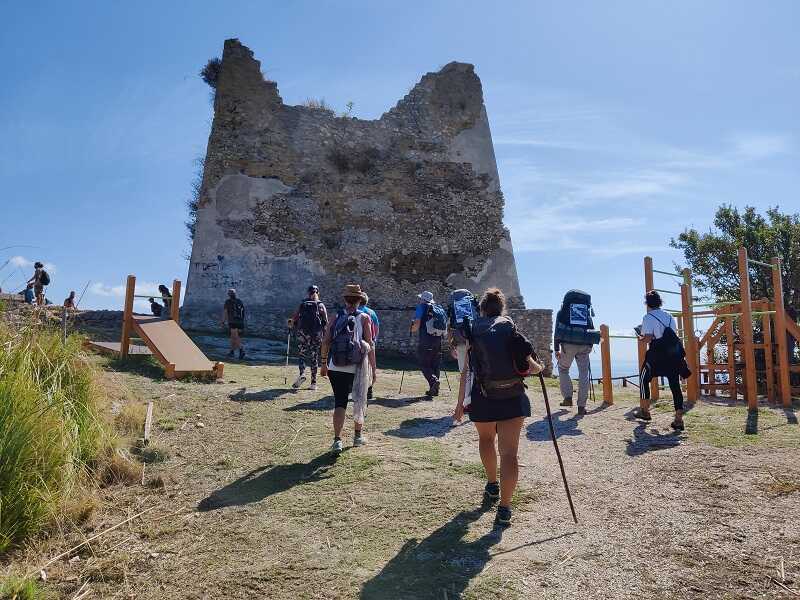 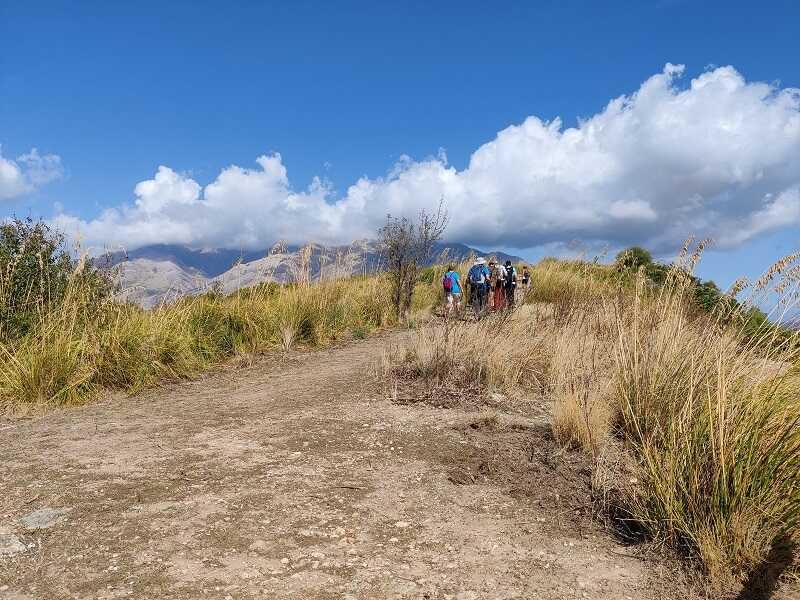 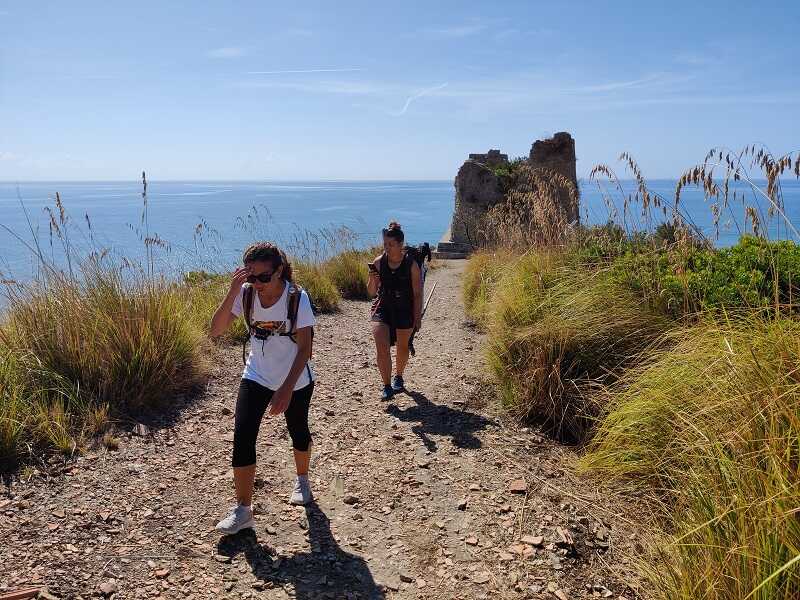 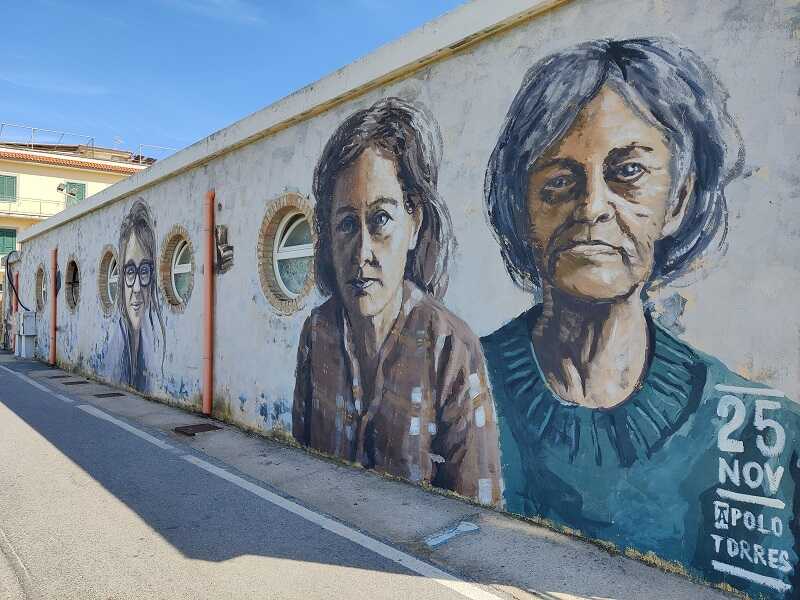 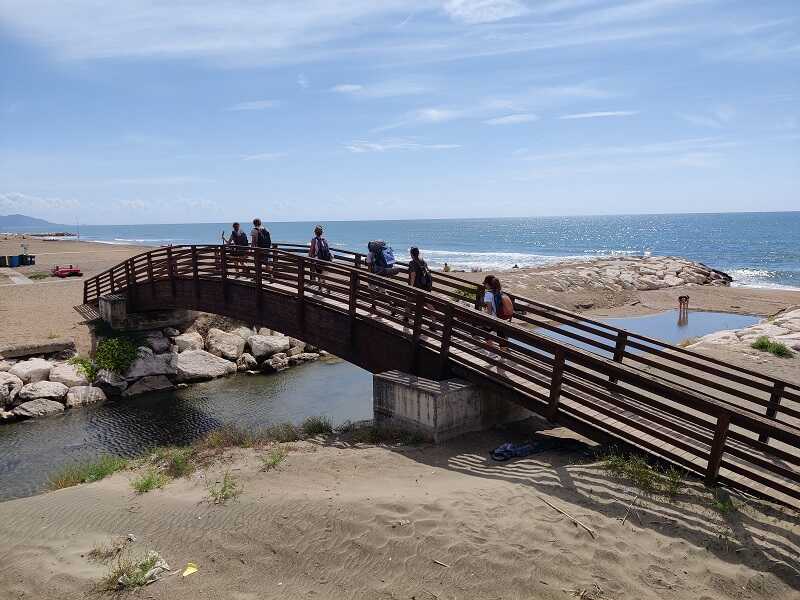 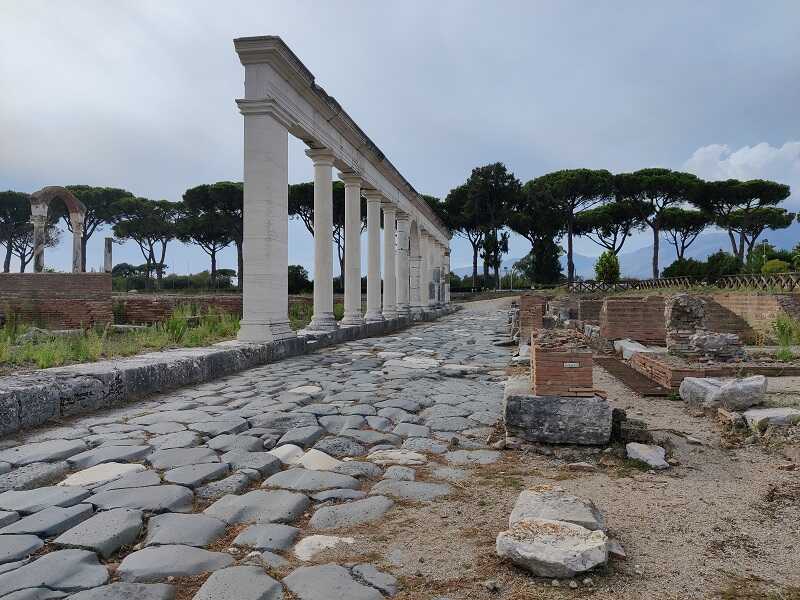 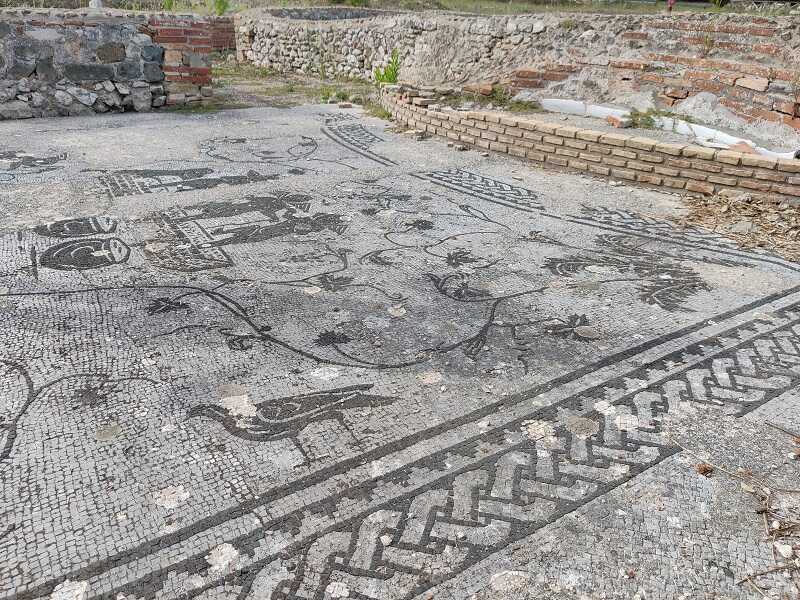 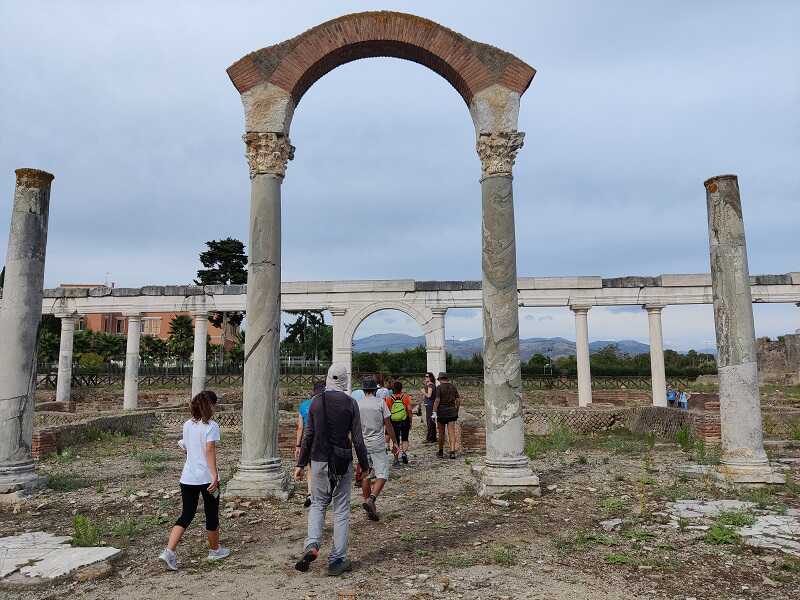 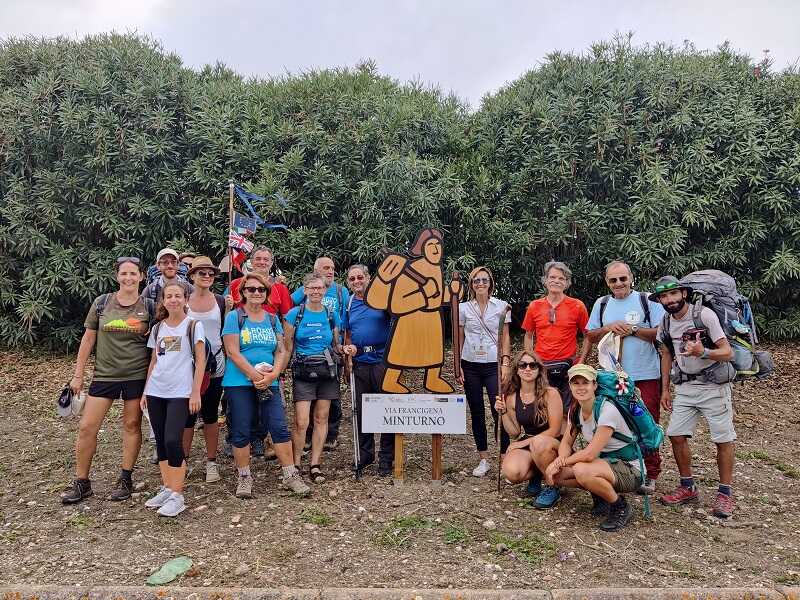 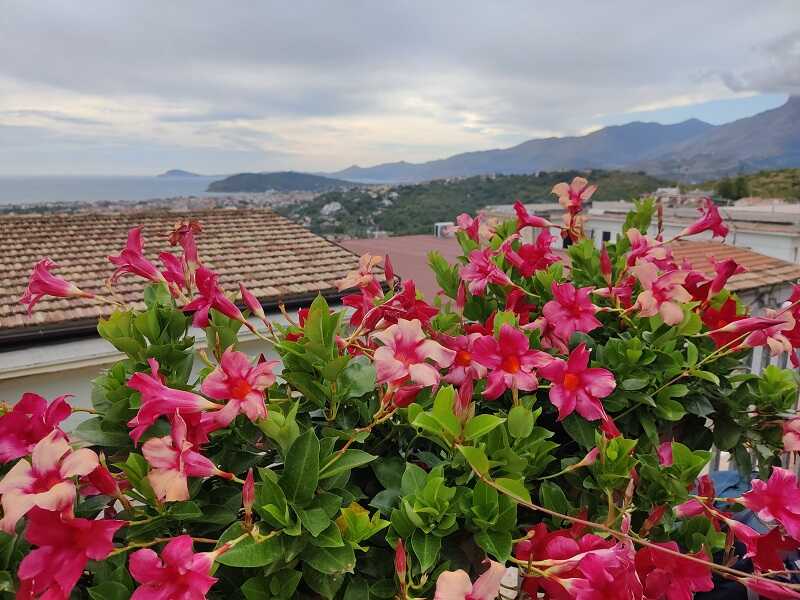