Day 89 – Minturno to Sessa Aurunca: on the border from Lazio to Campania

We’re about to walk into Campania, second to last region crossed by Road to Rome 2021! Massimo Tedeschi, EAVF’s president, joined us today to take part in the crossing of the border, in the passing of the pilgrim’s stick, and in the meetings we had during the day.
Yet, today’s trail was not the most charming – we walked a lot on tarmac and next to the cars, and the unaesthetic problem of piles of waste along the streets continues. Yet, we had a great time.
We had a stop at the municipality of Santi Cosma e Damiano, where we were warmly welcomed by the vice-mayor and by the girls of the Servizio Civile Universale and the students at the Guido Rossi Institute. The students walked with us out of town for a while, until we reached a monument they had created for pilgrims!
After saying goodbye, we headed out towards Castelforte – last municipality of Lazio before walking into Campania. Up to this point, we were also accompanied by Silvio Marino, representing the region of Lazio, who wanted to be present during these last km. He was the person handing over the pilgrim’s stick to Annalisa Galloni from Anime Erranti hiking association, representing Regione Campania. Annalisa will be our ambassador for the Campania section of the route, as well as our personal guide, and she is very active in the promotion of the Campania territory!
After having our lunch break here, we carried on walking amid vineyards, wine cellars, and fruit trees. We had a final climb leading us into Sessa Aurunca, where we had a meeting at the Cathedral. A local guide told us about the importance of this cathedral for pilgrims heading to Jerusalem: if you trace a straight line from Mont Saint-Michel, in France, and Jerusalem, it will pass through Rome, Monte Sant’Angelo, and Sessa Aurunca. We also noticed that the pillars in the Cathedral are different from one another, because as often happened during the Middle Ages, they were taken from the Roman theater of Sessa!
Having changed region, we said quite a few goodbyes this morning; on the other hand, this evening we are welcoming new members in our group, who will walk with us across the region. Some exciting changes are on the way and I’m curious to see what the next days will be like.
As a first impression, the Via Francigena in Campania still needs some advertisement – many locals still don’t know about it – and our passage here will surely attract the attention of the government and local administrations, who, hopefully, will understand its potential as a tourist attractor and invest in maintenance and creating facilities along the trail. I wish for the best!

HIGHLIGHTS
– A warm welcome in Santi Cosma e Damiano
– Crossing the border into Campania!
– The Cathedral in Sessa Aurunca 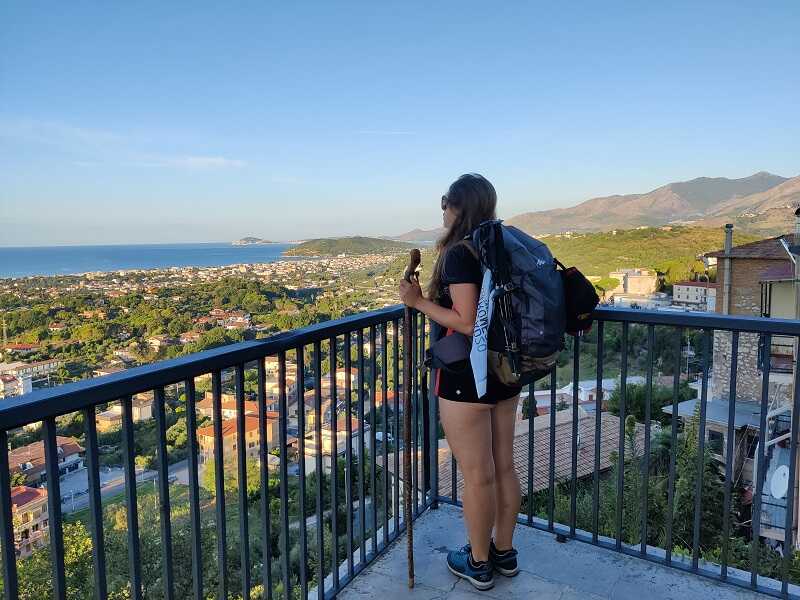 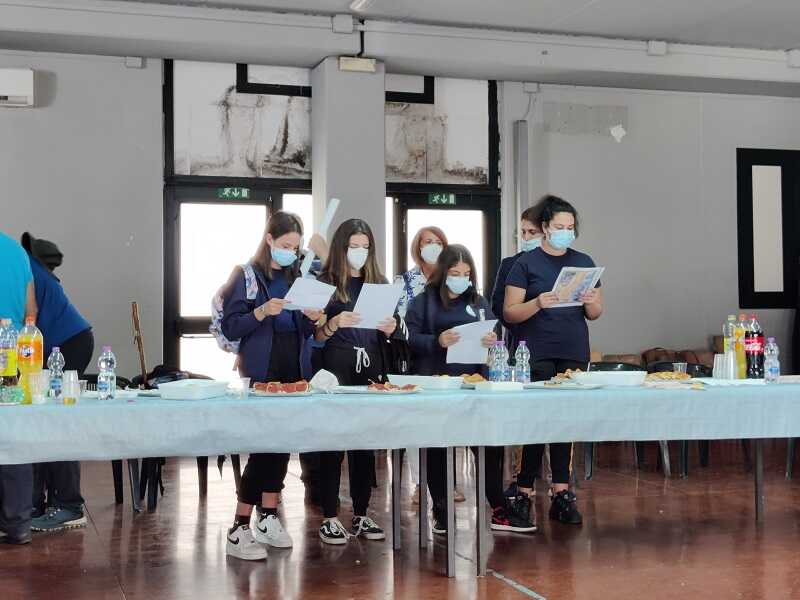 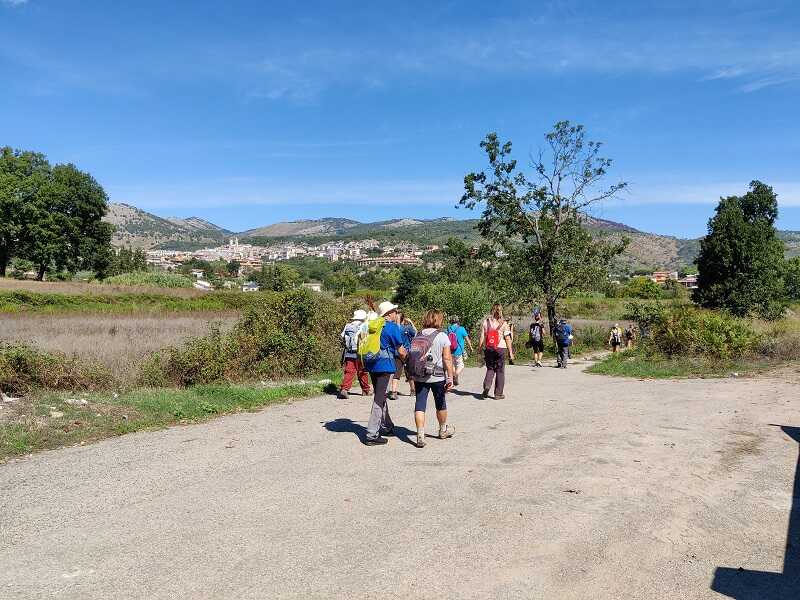 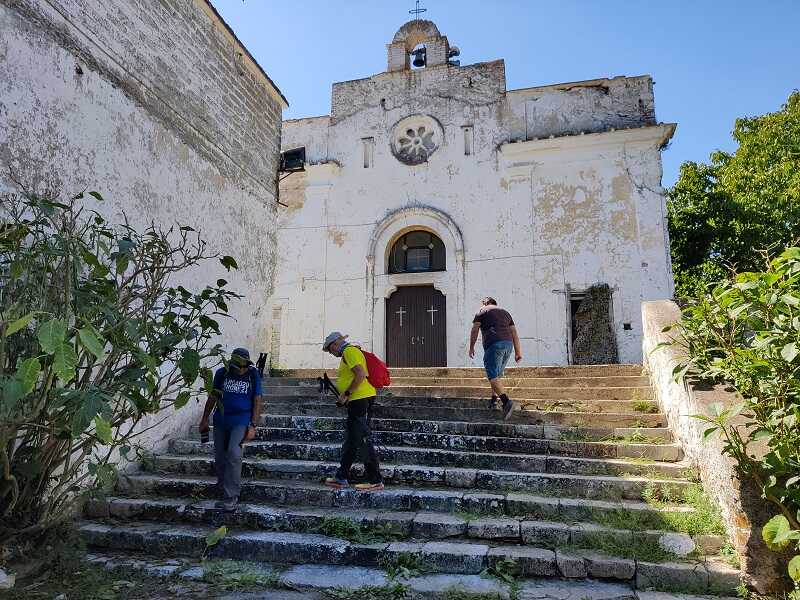 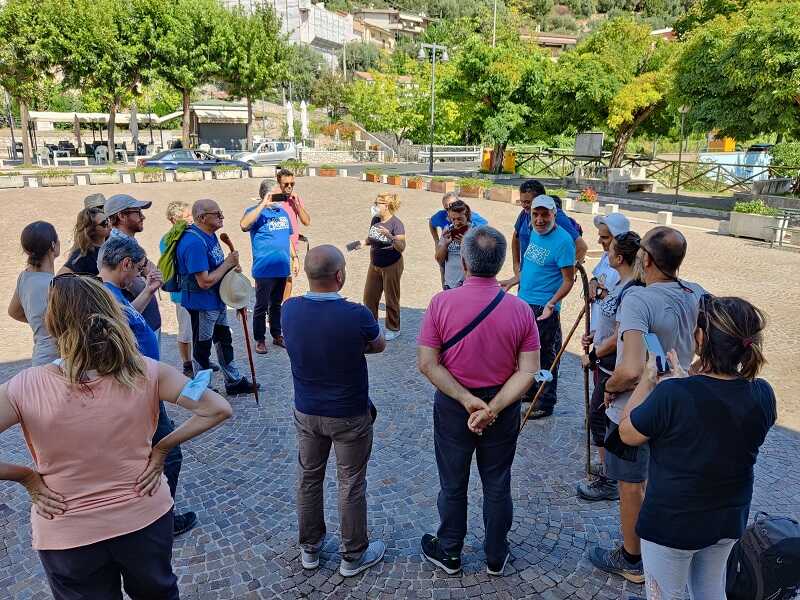 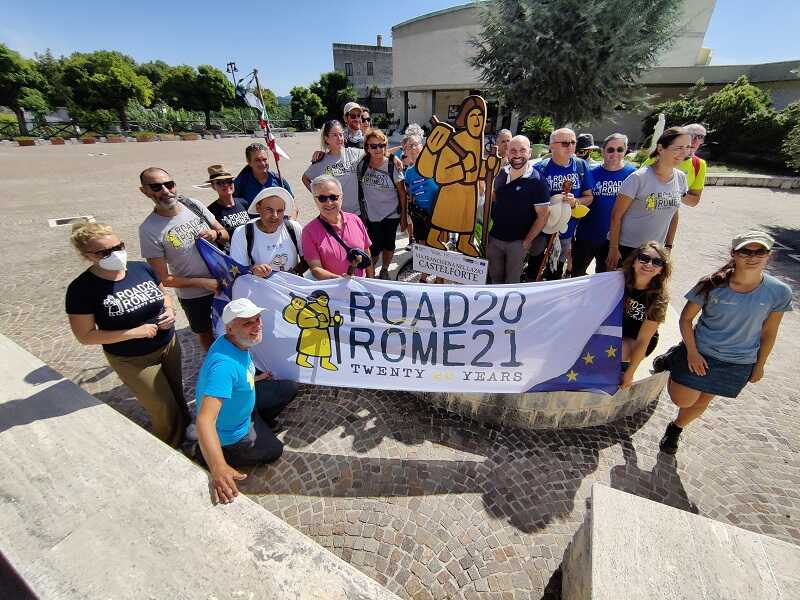