I had no idea of how beautiful Pontremoli is. Last night’s visit and this morning’s public greetings with the mayor surprised me – I really want to recommend having a tour of the town before leaving the Appennini mountains. Indeed, after Pontremoli, you leave the mountain chain behind you and enter the Lunigiana valley. 💚

Lunigiana is a gorgeous area, but quite overshadowed: surrounded by the Appennini mountains, by popular Liguria and its sea, and by the famous Tuscan landscapes that we see in pictures and postcards, Lunigiana tends to remain undervalued compared to its potential as a tourism destination. It’s a different Tuscany, with different heritage, customs, dialects and gastronomy: another face of a vast and various region which should not identify in few popular locations and traditions. Once again, I highly recommend a visit to explore such a hidden beauty!

Mayor of Pontremoli Lucia Baracchini is a charismatic and an inspiring example for women working in politics: I very much enjoyed speaking with her. We walked together for a few kilometers and arrived in Filattiera, where Lucia handed over the pilgrim’s stick to mayor Annalisa Folloni. Annalisa handed it over, later today, to the mayor of Licciana Nardi, who, in turn, gave it to the mayor of Aulla – today the stick was handed over from mayor to mayor for the entire stage!

In between these major checkpoints, we crossed smaller picturesque villages (in Italian, ‘Borghi’) such as Filetto, Ponticello and Canale. Many of these towns have been bombed during Second World War and reconstructed, maintaining their original medieval aesthetics. In none of these villages did we found a single tourist. In Canale, locals told us about an old tower, just out of town and surrounded by nature, that has recently been restructured and transformed into a hostel, which will open in March 2022 – what good news and important development for the increasing passage of pilgrims in this valley!

Today we were surrounded by an ocean of vineyards. The air is quite damp and humid here, in the valley below the mountains where many rivers converge. We soon arrived to the impressive Pieve di Sorano, a parish church from the early Middle Ages, and then stopped both in Filattiera and in Licciana Nardi for a refreshing break and to get our credentials stamped. In Licciana Nardi we visited the Castle of Malaspina, which is currently holding an exhibition about Dante Alighieri. It seems that Dante got lost in a forest close by and took inspiration from it for the ‘Selva Oscura’, the Dark Forest in which he gets lost at the beginning of the Divine Comedy, before entering Hell.

Tomorrow we walk into the region of Liguria – but it won’t be long before we return to Tuscan territory. These almost-two Ligurian stages give us a chance to peek in this amazing land, where mountains meet the Mediterranean Sea! Will we be able to see it tomorrow? 🌊 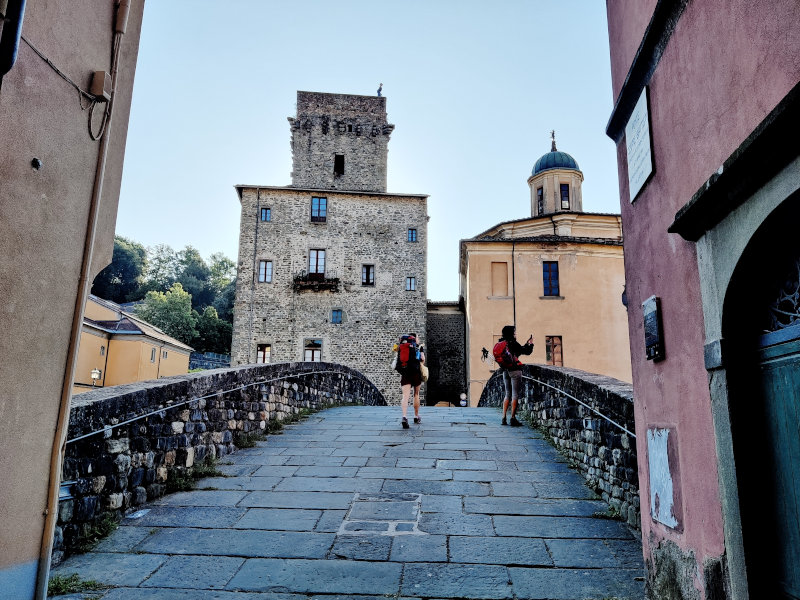 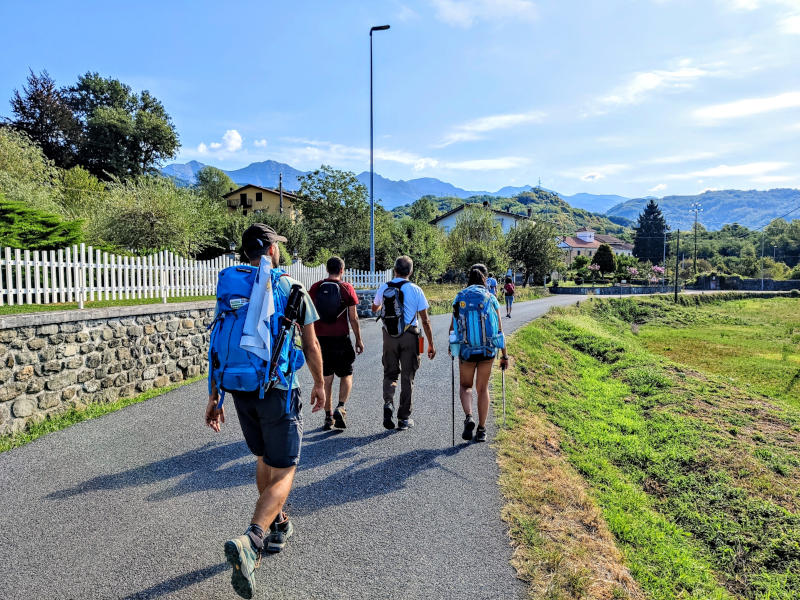 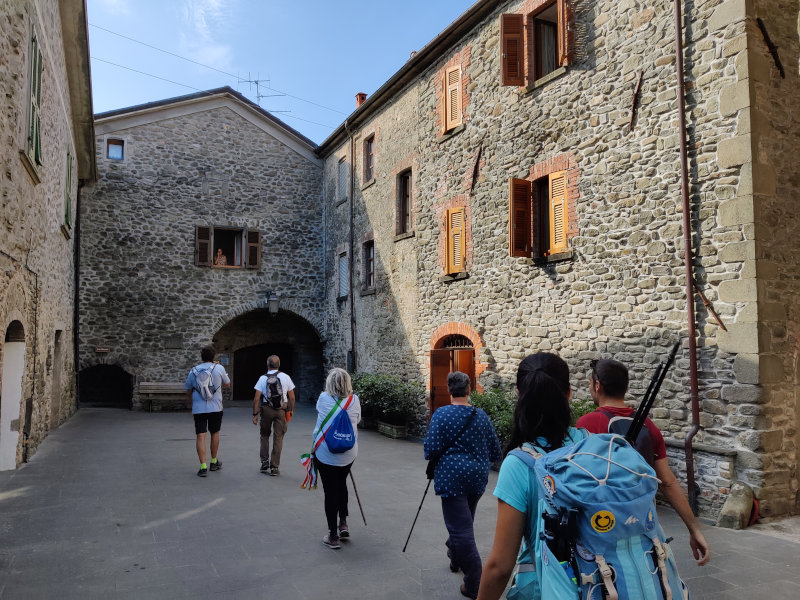