Today we split in two groups! Which group would you have picked?

Option one: the municipality of Caprigliola organized a tour of the town for us, with tasting of local products and a visit at the Sanctuary of the Madonna degli Angeli. Caprigliola is a member of the European Association of Via Francigena ways but is not situated exactly along the route, representing a detour for us. We decided that a part of our group should continue along the route, while another part should enjoy this opportunity for a break. Each of us decided what they preferred to do. Daniela Cocchi from the Caprigliola’s Proloco associations organized the full tour at Caprigliola. EAVF’s project manager Luca, Sara from Movimento Lento and our two new ambassadors, Alice and Francesco, visited the town and the Sanctuary, and had typical tastings from the area.

Option two: I personally wanted to continue to walk! So, our group headed out from Aulla and started the day with a steep hill into the green forest and in the Apuan Alps. Again, the air was very damp and humid, and soon there were drops of sweat coming down my forehead. We soon crossed the secluded medieval villages of Bibola and Vecchietto, which have no more than 50 inhabitants each, and kept climbing up into the wild Alpi Apuane, soon stepping in the region of Liguria. Eventually we reached the highest point of today’s stage. From here…we finally saw the Mediterranean Sea! As we kept walking, just above Ponzano Superiore, we saw it again, closer. The last time we saw the sea it was the North Sea, on day 3 of our journey, when we left Wissant in the north of France. What an achievement to walk across Europe from sea to sea! 🌊

We were welcomed in Ponzano Superiore by Paola Sisti, mayor of Santo Stefano di Magra, who organized an amazing lunch on a small panoramic terrace, where superheroes Maria Grazia and Marzia cooked traditional yummy dishes such as ‘scherpada’, a delicious vegetable quiche, ‘testaroli’ with homemade basil pesto, and spelt, an ancient Roman grain wheat, with mussels. All this was accompanied by wine, dessert and homemade limoncello liqueur. Starting to walk again after this felt like a punishment.

We still managed to head out and crossed the town of Sarzana – official destination of this stage – continued to Fosdinovo, welcomed by the mayor, and exceptionally visited the Villa Malaspina and its garden, currently inhabited private property and therefore not open for visitors. We finally arrived in Castelnuovo Magra where we had a tour and our dinner.

We have literally been walking along the border between Toscana and Liguria today. Putting bits and pieces together, there are approximately 30 km of Via Francigena in the region of Liguria. However, we started off walking in Tuscany, then walked into Liguria, but at some point we saw the Toscana sign again, walked pass it for a while, and then came back to Liguria for our destination for today. We’ll be back in Tuscany tomorrow – this was just an ‘arrivederci’! 👋

– Incredible lunch by Maria Grazia and Marzia in Ponzano Superiore

– Having a ‘taste’ – in all senses – of Liguria region 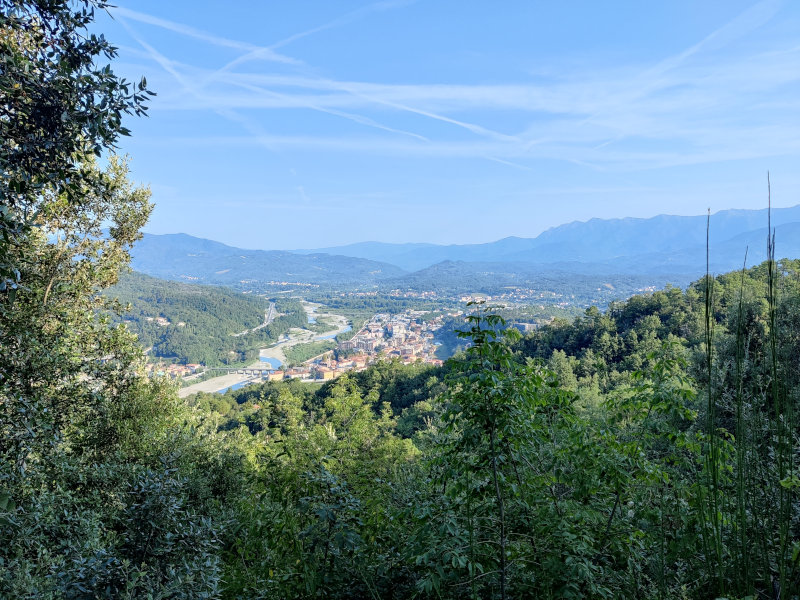 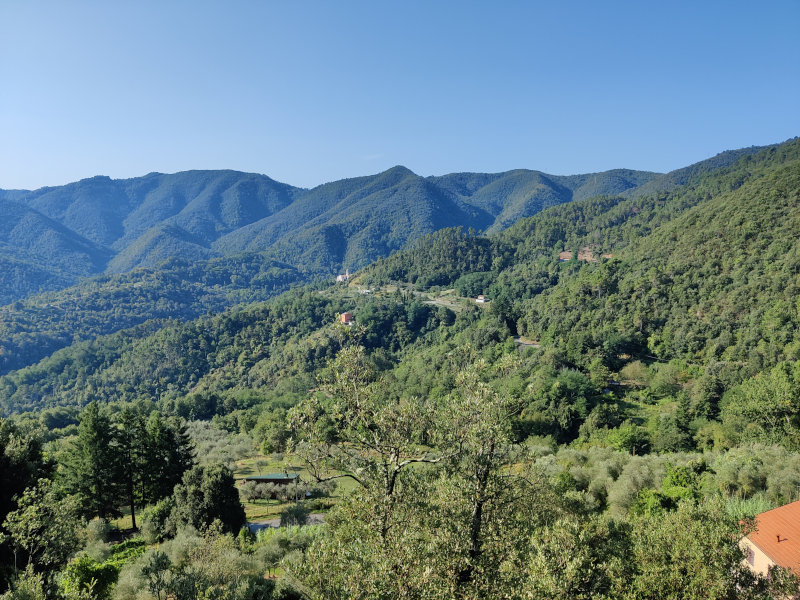 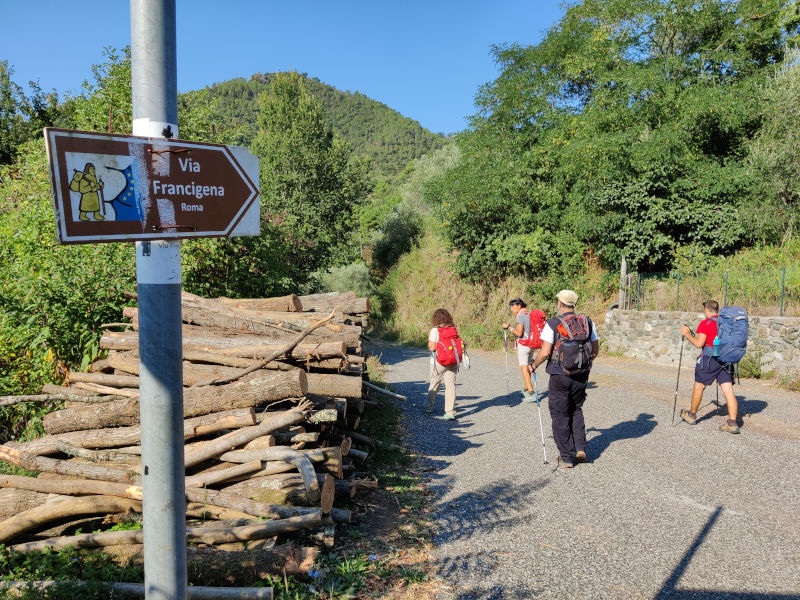 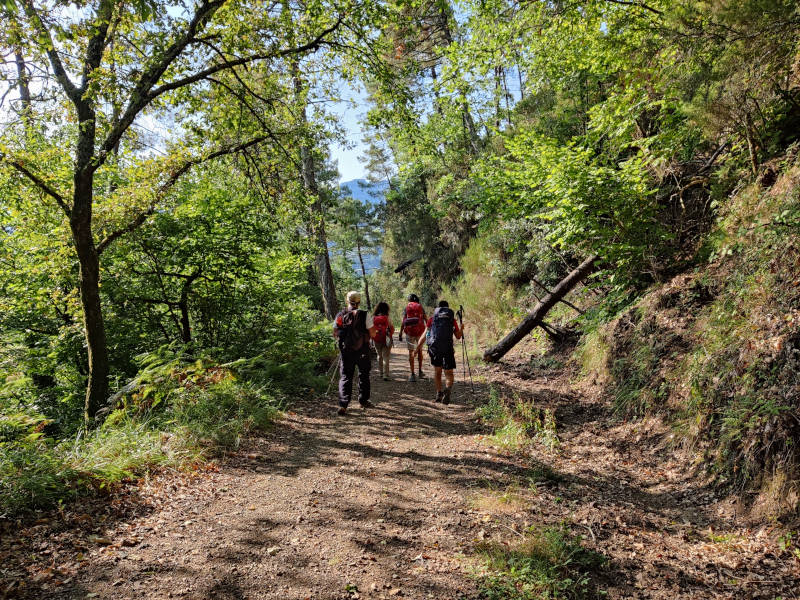 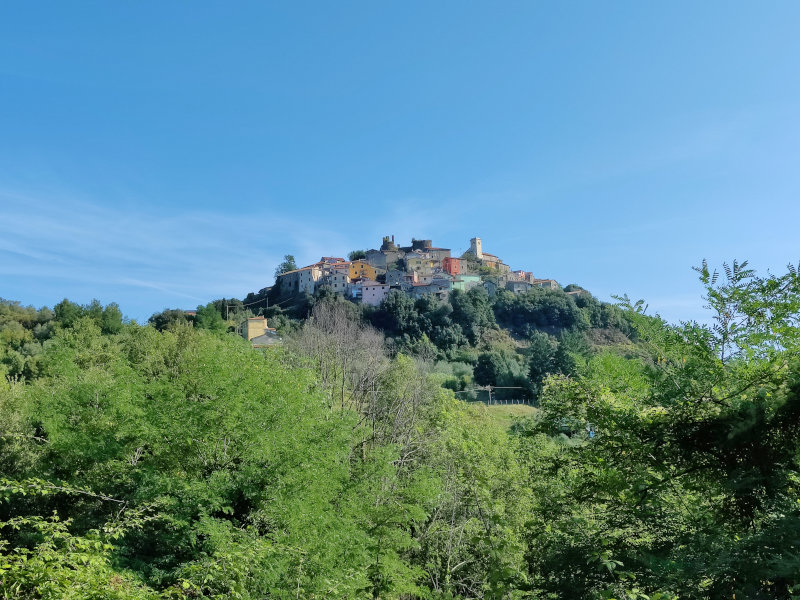 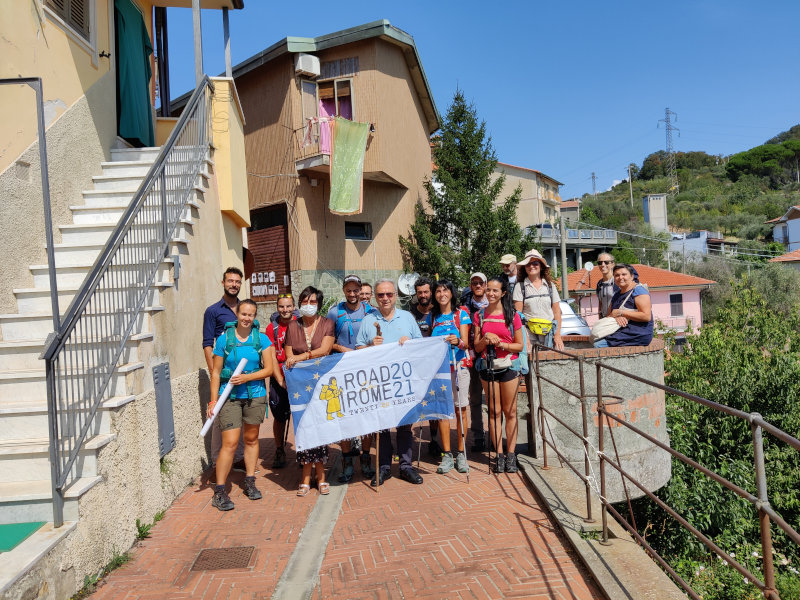 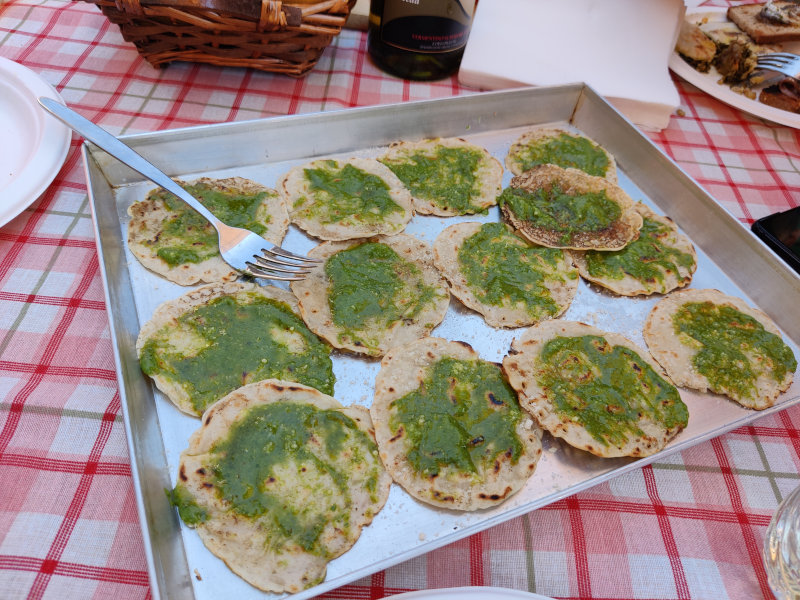 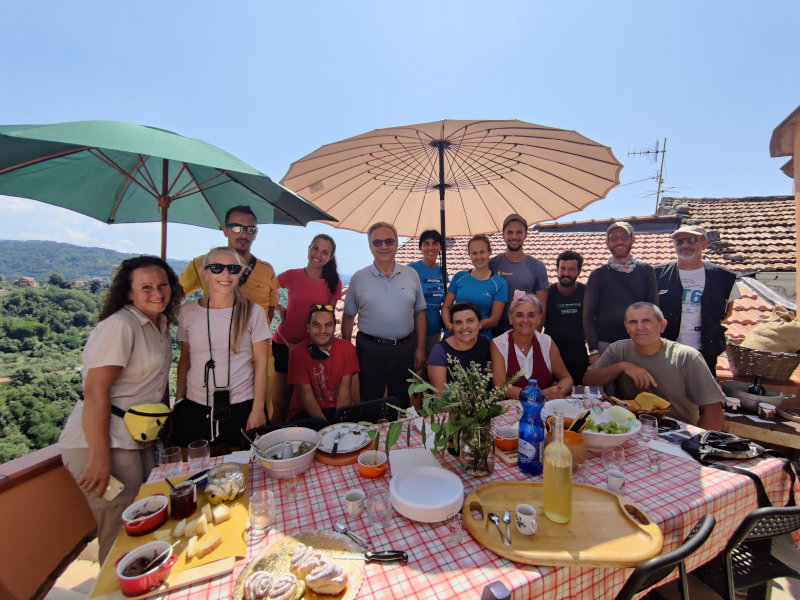 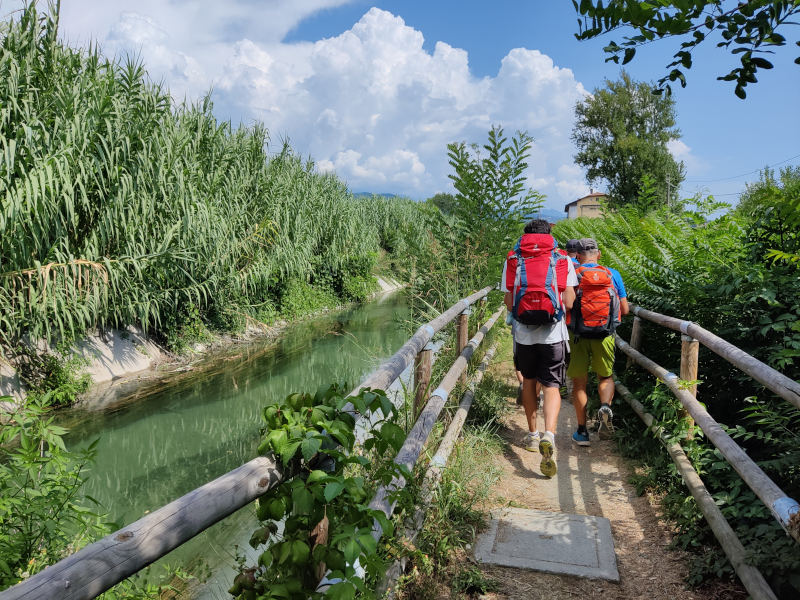 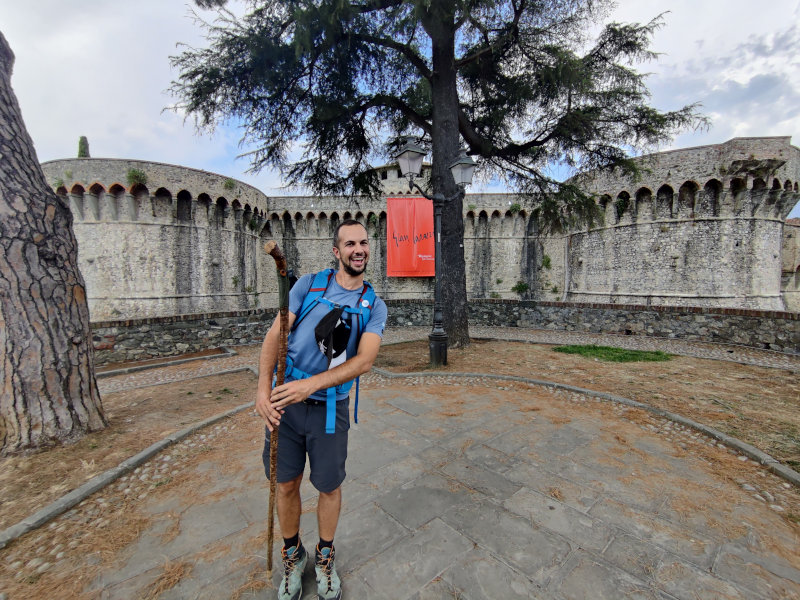 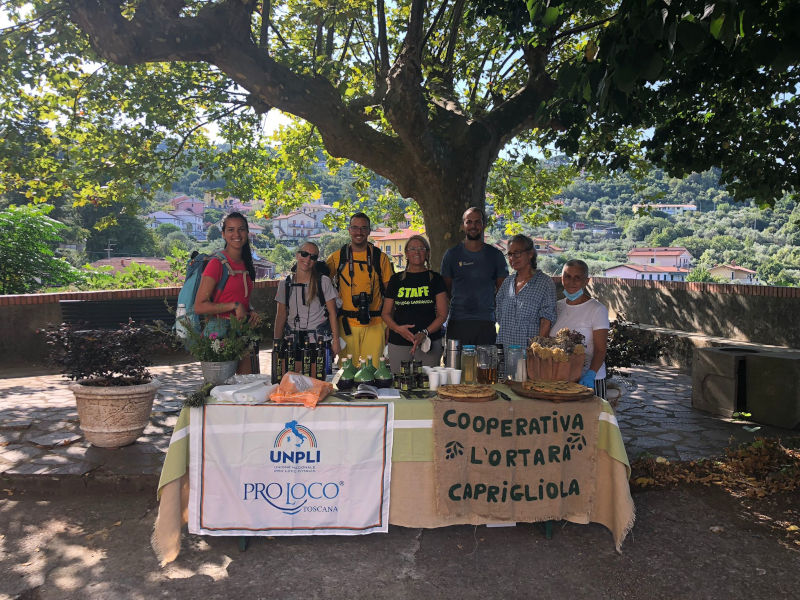 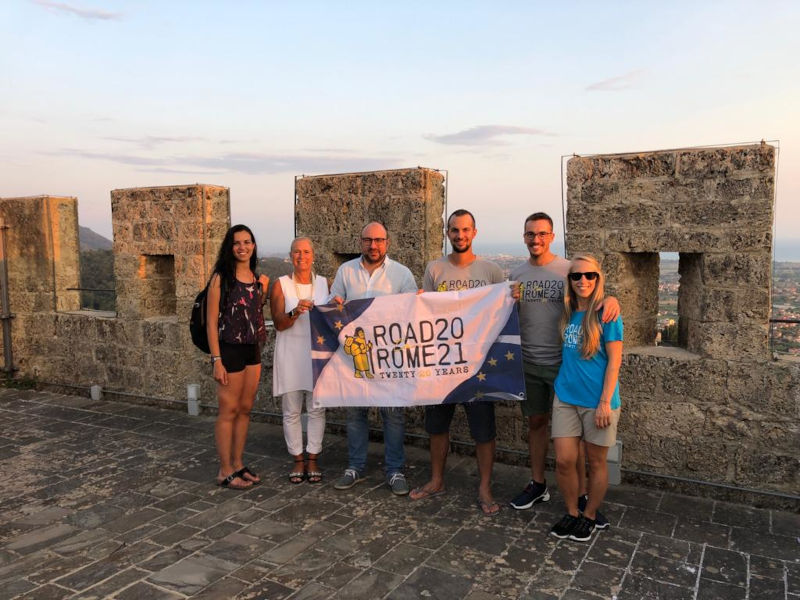