Day 30 – BESANÇON TO FOUCHERANS: donkeys and lamas as travel companions

An early start was waiting for our Road to Rome caravan today: 26km filled with visits and meetings, organised by the city of Besançon. We set off from Place de la Republique, right behind our hotel, and when we got there a big group of walkers had already gathered to join us for the first couple of kms.

Today’s program was pretty tight, too tight if you ask me. But this happens sometimes when the time table is organised by people who are not used to walking for hours and hours each day. Before we left the city of Besançon we started the day off with a climb to pay a visit to the beautiful Citadelle. This fortification is situated on a hill overlooking the city, and was built by military engineer Vauban… It’s incredibly well-preserved, and is absolutely worth a visit during a travel along the Via Francigena.

After this cultural detour which also included monkeys and other animals (a small zoo is located within the Citadelle’s walls), we hit the road and made our way to the first official stop of today: Montfaucon. On our way to this town we were awaited by a special group of travel companions: 4 donkeys were waiting to join us when we crossed the forest just before Montfaucon. Together with them and a lot of locals, we made our entrance and were welcomed by the mayor and several other officials. A commemorative plaque of the Via Francigena was revealed in the presence of our President Massimo Tedeschi, after which we said our goodbyes and continued our relay march. One very cute thing about Montfaucon that I wish to share with you is our encounter with Luisa and Elsa: two little girls who had seen an article about Road to Rome in the local newspaper and who were super excited to meet us. They even knew a little bit of English and presented them in this language foreign to them. We gave them a RTR pin and bracelet and their gratitude generated enough energy for us to get to the end of the day without problems.

Two other meetings were planned for us during this sun-kissed French summer day before we would reach our final destination: namely in Saône and Mamirolle. The mayor of Saône picked us up just outside of Montfaucon, making today’s walk a proper relay march. We had to take an alternative route along a departmental road, because part of the Via Francigena here was filled with water and mud. In Saône we had a refreshing lunch break, after which we continued to Mamirolle. And it was here where the true surprise of today was waiting for us: just after leaving the town we bumped into three lovely ladies holding 4 lamas. Initially we thought they were simply taking a walk with the lamas, but then we realized they were part of today’s program: and indeed, before we knew it my colleagues and I each got a lama to hold and walk with during these final kms to Foucherans. And as you can imagine: this was a whole lot of fun! My lama was called Jeko. Jeko was not the fastest of the four, sometimes he would just stop without a reason. Getting him to walk again was a bit of a struggle but after a while I got the hang of it. Unless he stopped to eat from the surrounding trees and plants, then it was even more difficult to get him on the move again.

Walking with lamas on the Via Francigena was truly the perfect way to spend the last few kms of today’s stage. Upon arrival in Foucherans we were warmly welcomed by several officials and locals from the village, and after a warm meal spent in company, we retreated to our gîte and turned in for the night.

HIGHLIGHTS
Visiting the Citadelle of Besançon
Walking with donkeys
Meeting the super enthusiastic girls Luisa and Elsa in Montfaucon
Walking with lamas! 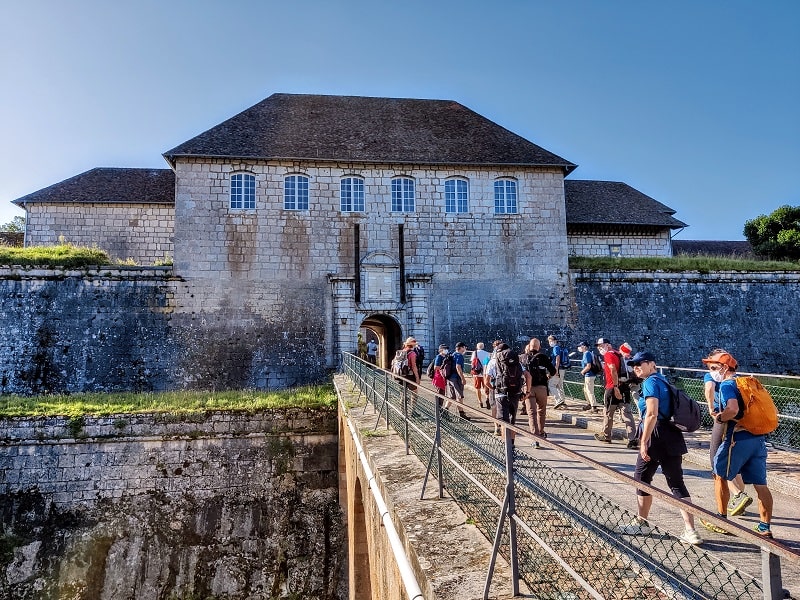 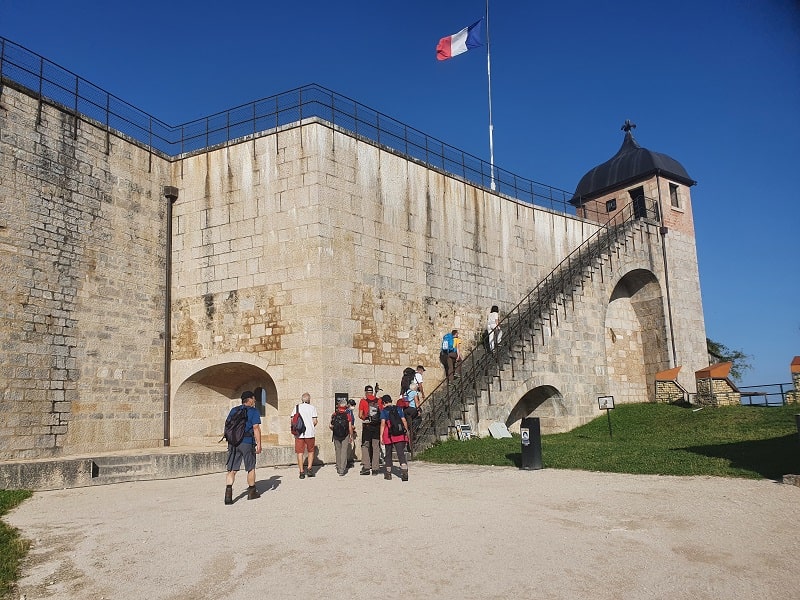 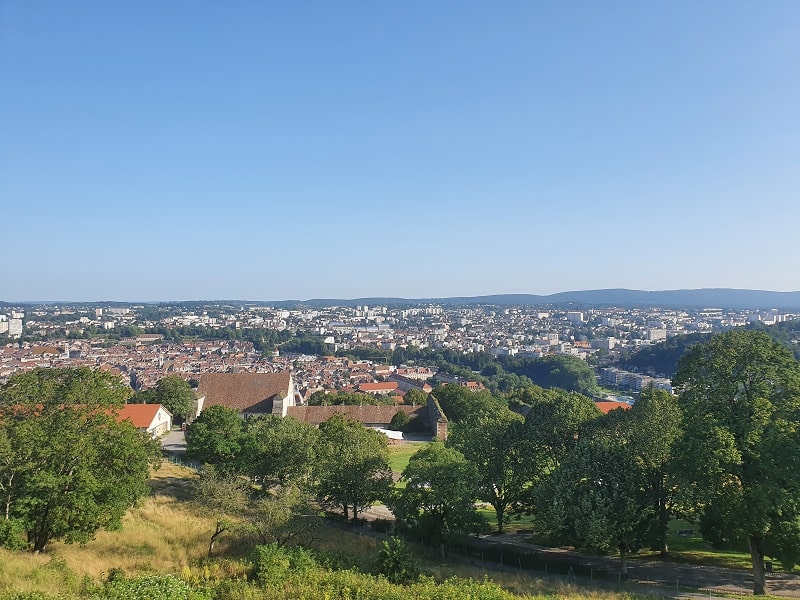 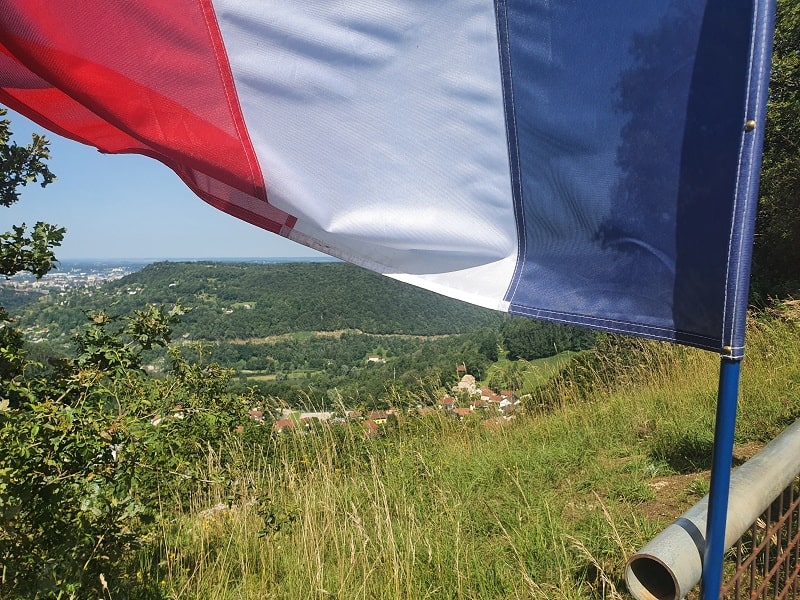 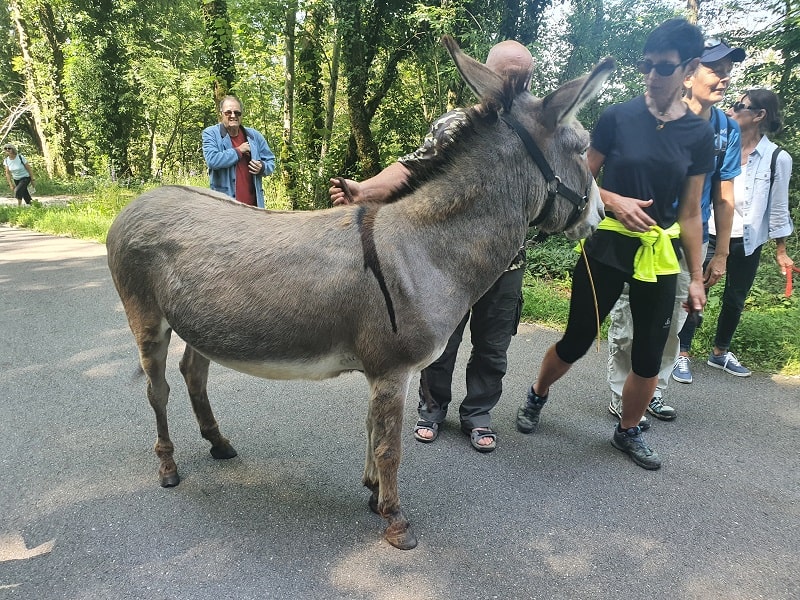 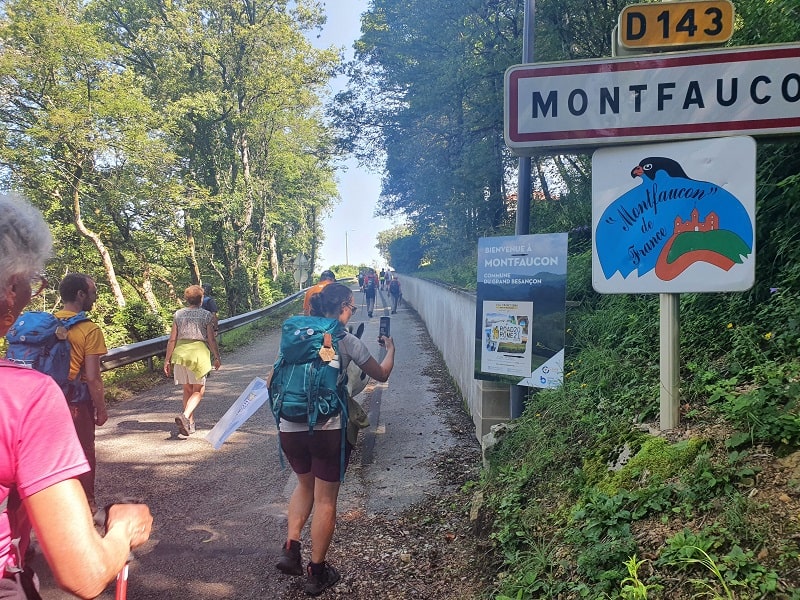 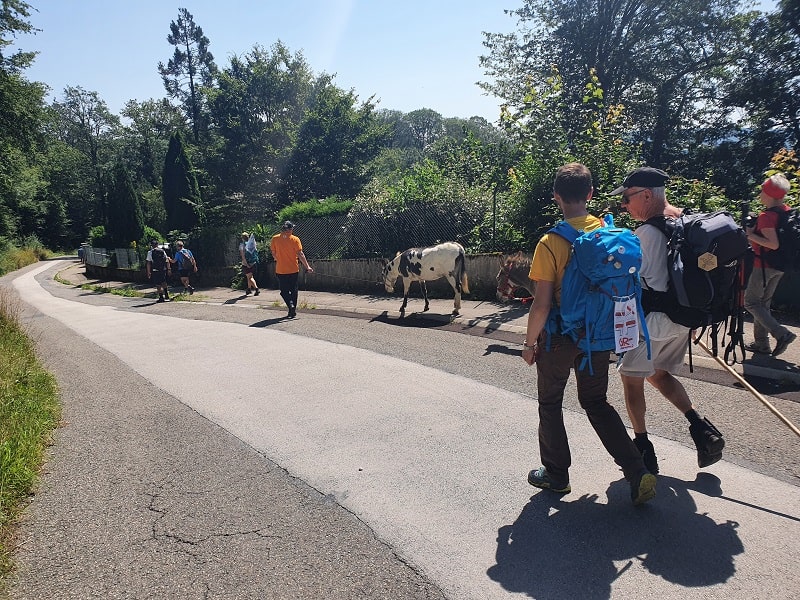 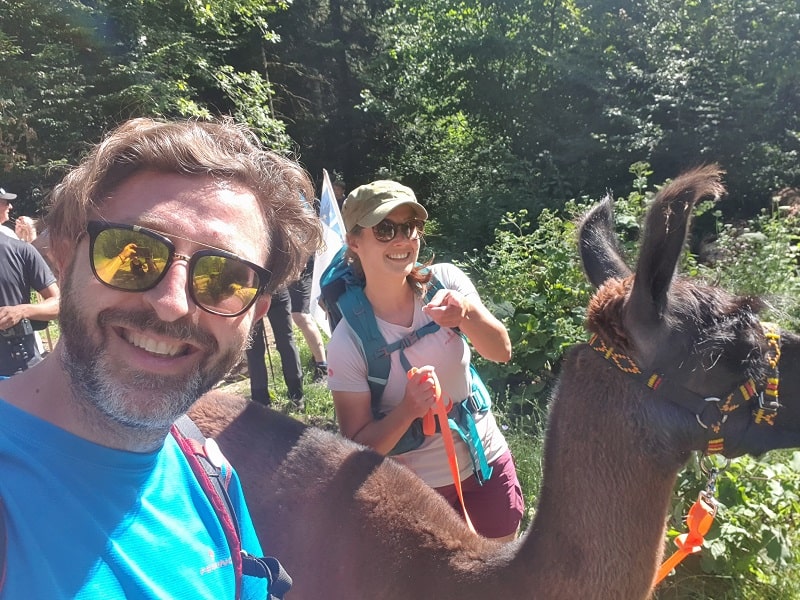 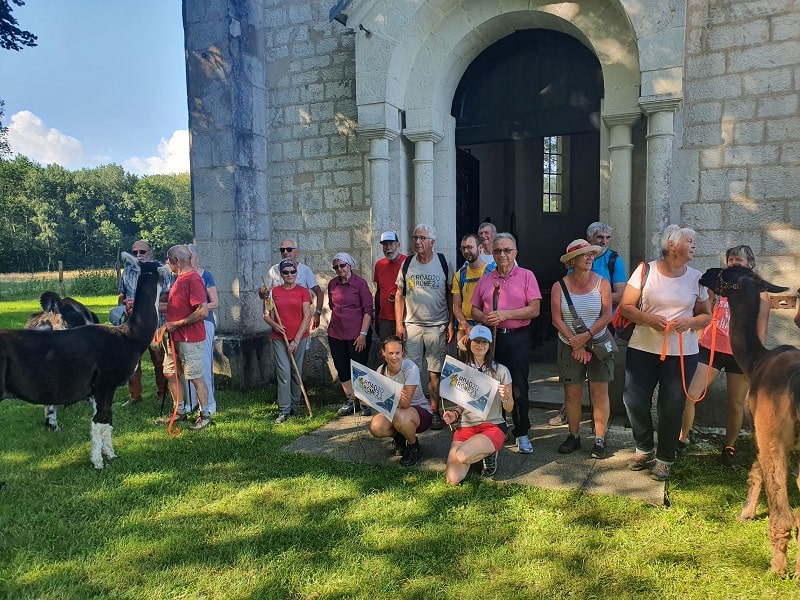