Today has been a busy day! With 70km on the program when we set off from Vitry-le-François and several meetings planned along the way, we knew it was going to be intense. What we didn’t know however, was that fate had some extra surprises in store for us.

Our first meeting was planned at the town of Saint-Remy-en-Bouzemont-Saint-Genest-et-Isson, which holds the record of French commune with the longest name (45 characters in total!), a fact of which its citizens are incredibly proud. Unfortunately before we had the chance to arrive, disaster struck: the front tire of our videomaker Nicola’s bicycle was brutally slain by a drawing pin. We had no choice but to change the inner tube and replace it with a new one. With a slight delay we proceeded our journey to the town with the longest name.

Upon arrival to this town, we were welcomed by a rather numerous group of locals who accompanied us to the center of the town, where the “église” is situated. There an even bigger, enthusiastic crowd was waiting for us! An interesting fact about Saint-Remy-en-Bouzemont is that they are the newest French commune to join our Association, and their mayor was happy and honoured to welcome our President Massimo Tedeschi as well to their little town of little more than 500 inhabitants.

After a nice group photo all together, the biggest surprise so far was about to present itself: the citizens of Saint-Remy had prepared two big Via Francigena birthday cakes to celebrate the 20th anniversary of EAVF! They were beautiful, but most of all they were incredibly yummy! With our bellies full after this amazing welcome, we continued our journey to the middle of nowhere. And I mean this literally: we went on our way to visit a B&B called “Au milieu de nulle part”. We were welcomed by its owner Chantal, who showed us some of the unique lodgings where pilgrims can sleep: from a gypsy roulotte to a tree house! They looked really comfi, especially the roulotte, and we were all a bit sad that we didn’t stay there for the night. It would have been amazing to sleep in the cute roulotte, or the tree house that is actually hanging from the tree rather than being built in it.

However, our daily itinerary hadn’t finished yet, and we could already hear our last stop at Donnement calling for us. 12km before reaching this tiny town of 80 inhabitants though, disaster struck once again! This time Nicola’s rear tire was attacked by a tiny piece of glass that had pierced itself through the outer tire. This time we decided to fix the small hole it created, and with a considerable delay we continued towards Donnement. This tiny town is situated not exactly along the Via Francigena so we had to make a small detour to get  there. For them however being part of an international project and association is very important and they welcomed us with open arms. After a short interview with the mayor we continued full speed ahead to Brienne-le-Chateau, where we arrived just before 19:00.

A quick shower, a round of laundry and a nice dinner were the only things separating us from our beds, and after this intense day some of us turned in for the night even before the sun had gone down.

The tree house and gypsy roulotte in “the middle of nowhere” 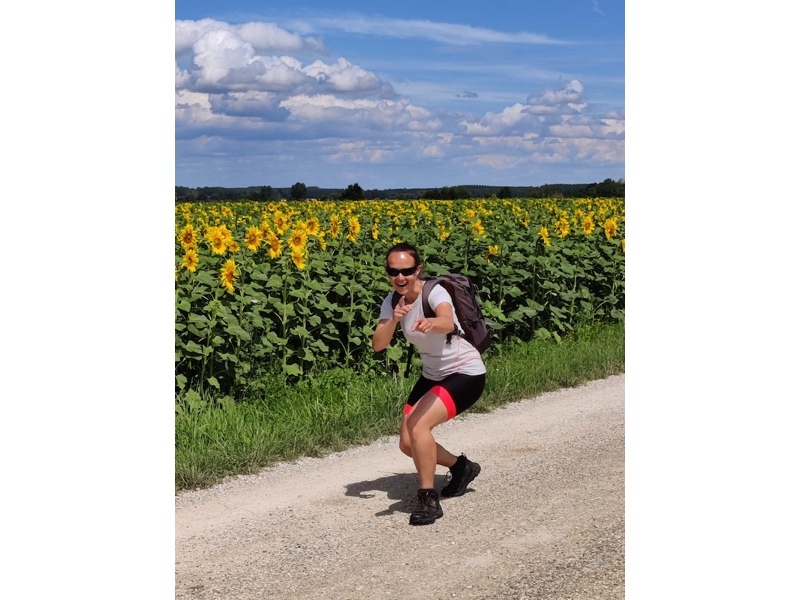 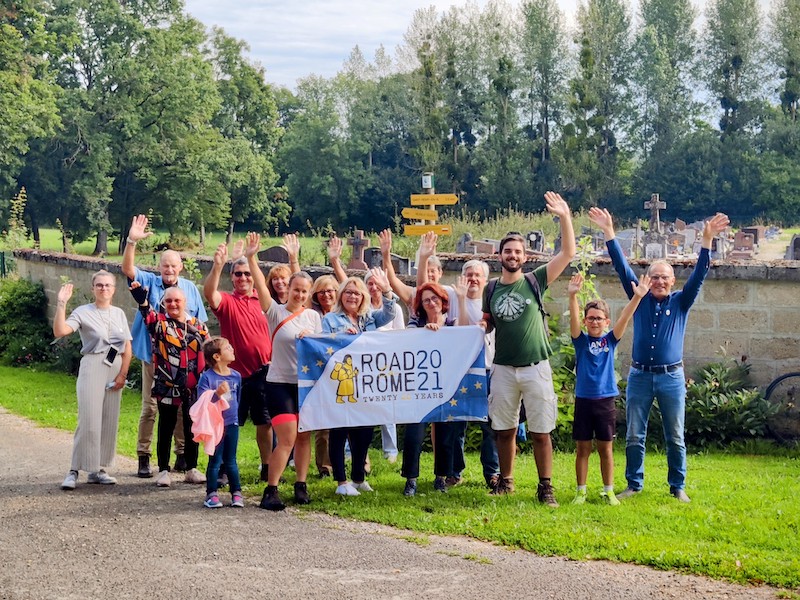 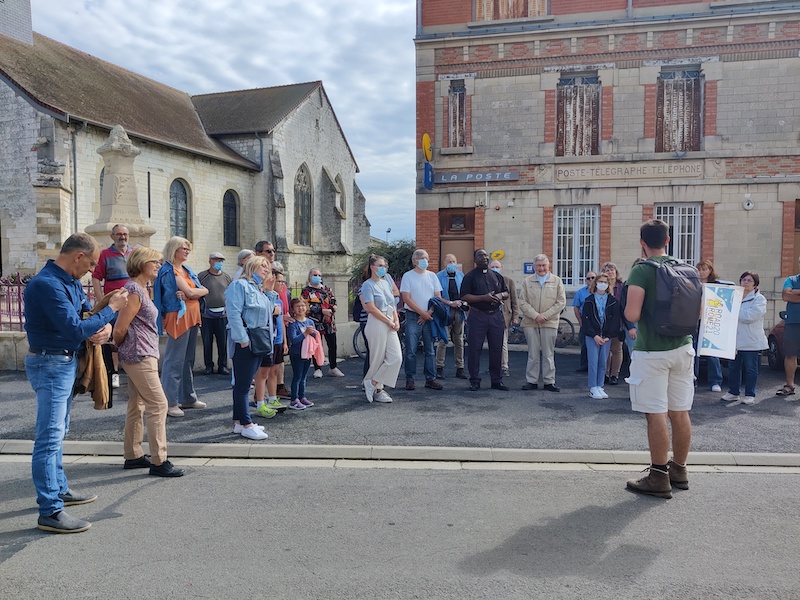 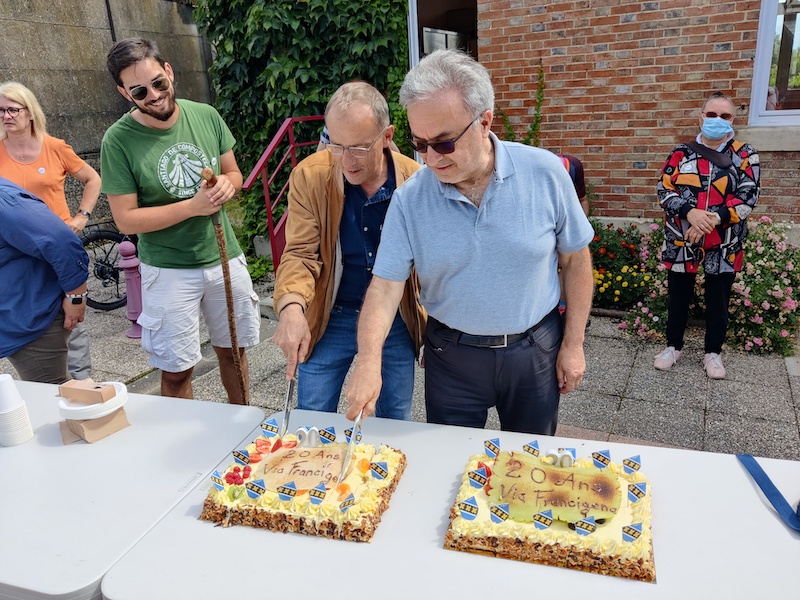 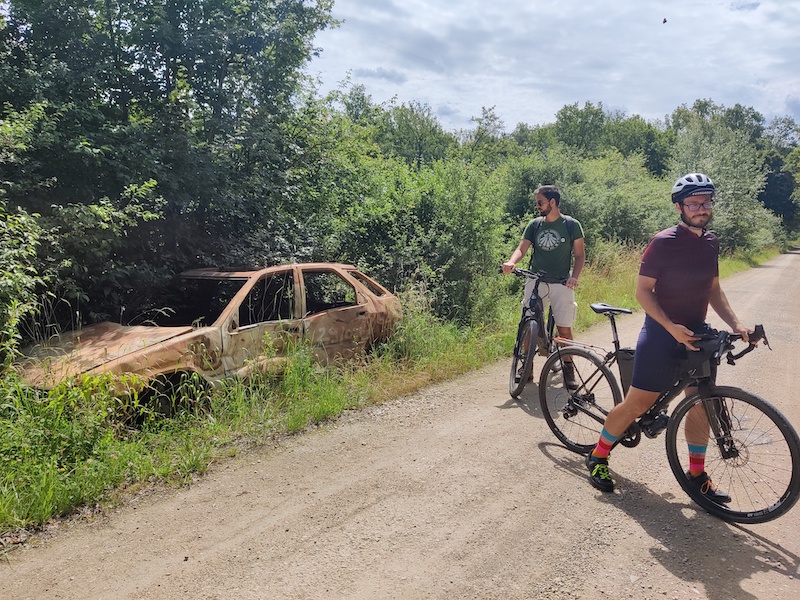 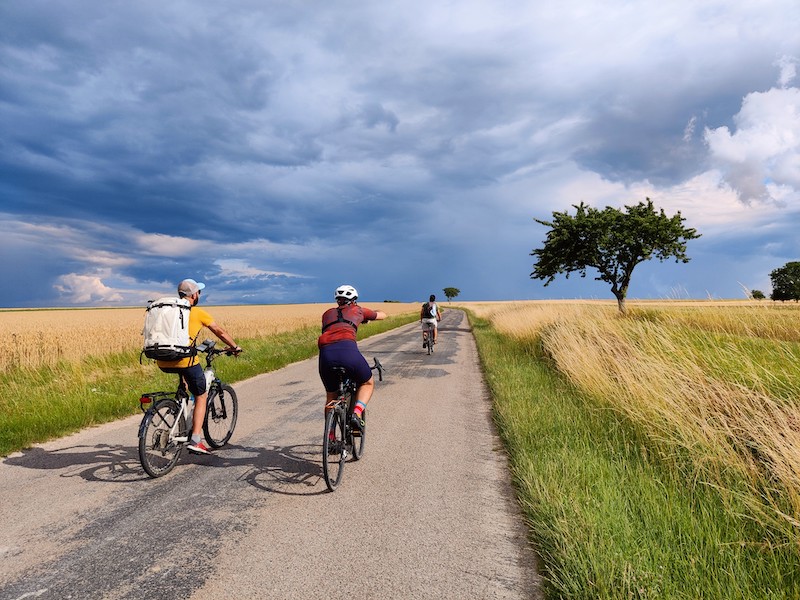 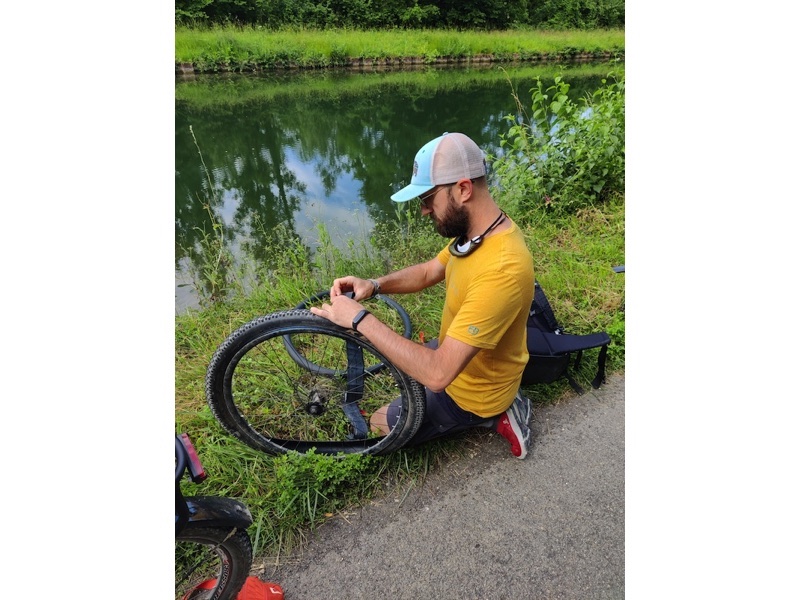