In the last couple of days something has changed considerably on our Road to Rome: we can’t really say exactly when or where it happened, but the Northern French country houses have made way for the cute and picturesque architecture style that is timber framing.

Very well know in Germany as well as in the Alsace region, this style can be considered very “instagrammable” (as our blogger and youtuber Pietro would say). And he is right! It is almost impossible to cycle through the numerous small villages in this area without making a quick stop to take a picture. Sometimes even the churches are in the same style, like yesterday at Outines.

And so of course we made several stops, with the one at Fravaux being our very favourite. Entering this village felt like going back to the Middle Ages. A lost car here and there made us remember that we are actually in the 21st century, but besides that it really feels as if some of these towns have been trapped and frozen in time. Doing what we do, which in these places is mostly taking pictures, making videos, flying our drone, and creating content for social media, the occasional front door opens and a curious local pops out their head to understand what is going on in their usually oh-so-quiet street. When they realize we are mostly foreigners working for an international project to promote an itinerary that passes also through their own little town, you can often see the pride in their eyes as they write down their email address or phone number to stay in contact. Some of them even follow us on social media already!

This area of France keeps surprising us every day, and we’re already curious what tomorrow’s stage has in store for us!

Cycling past a garden full of guinea pigs, goats, and bunnies in Argançon

Arriving at our destination without a single flat tire (to Nicola’s joy!)

Whizzing down the D113 descent into Jaucourt 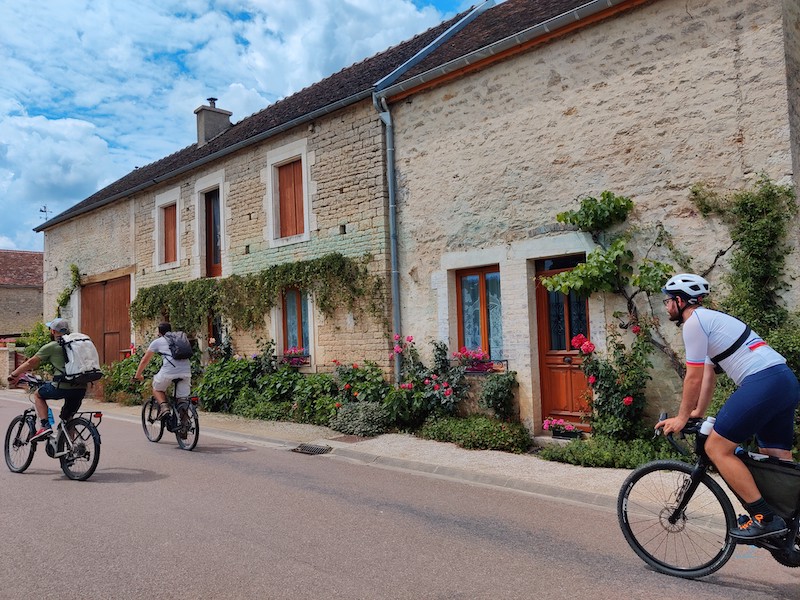 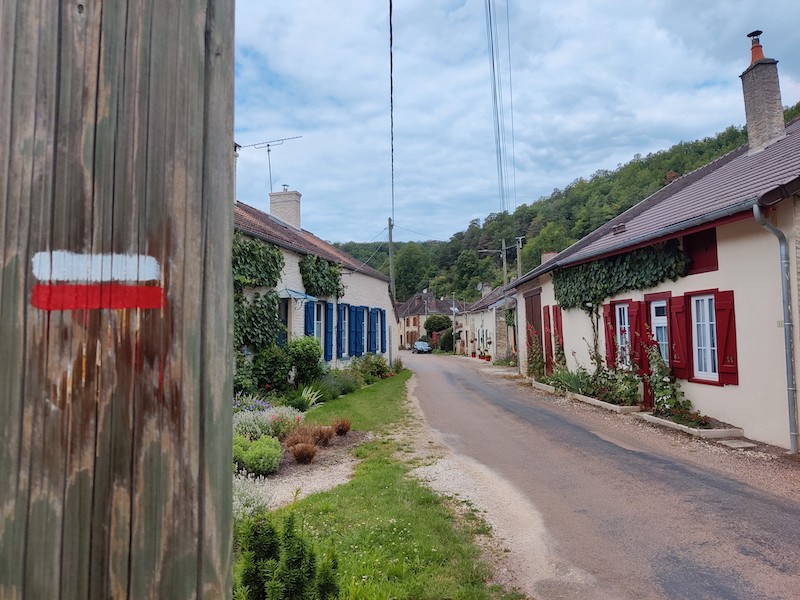 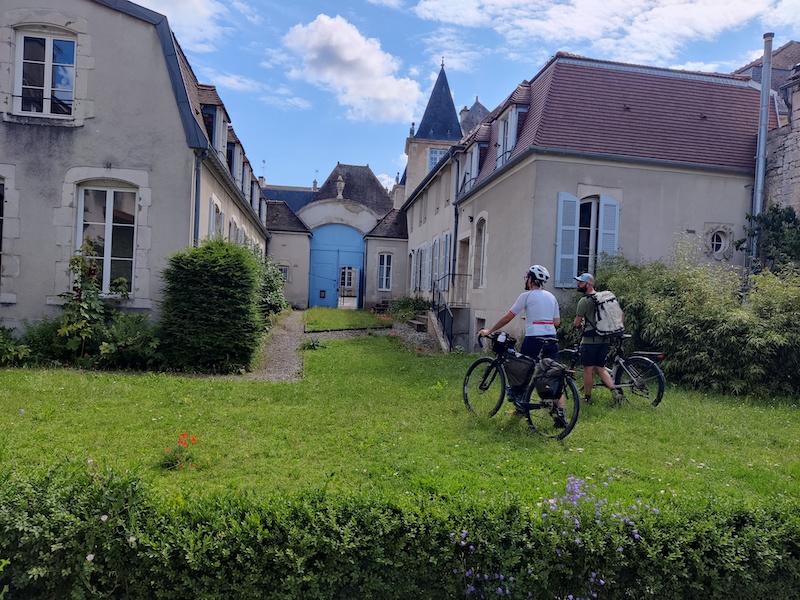 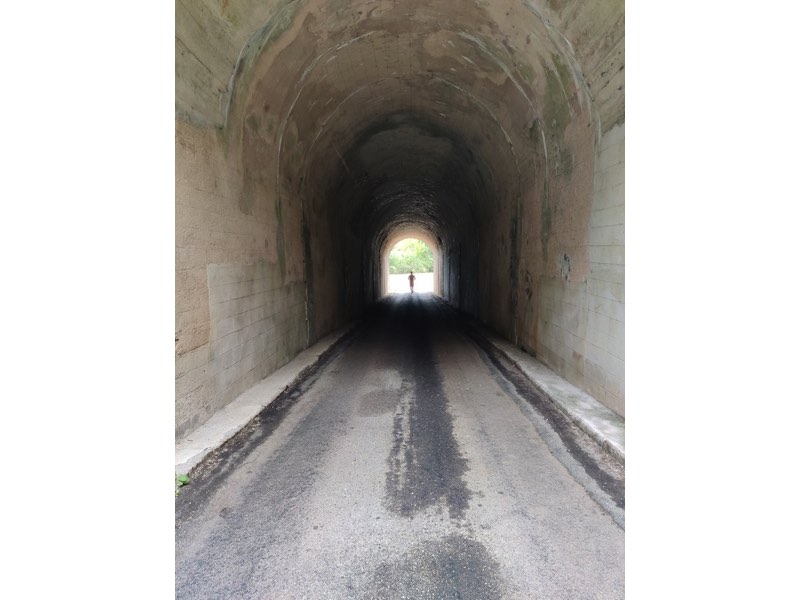 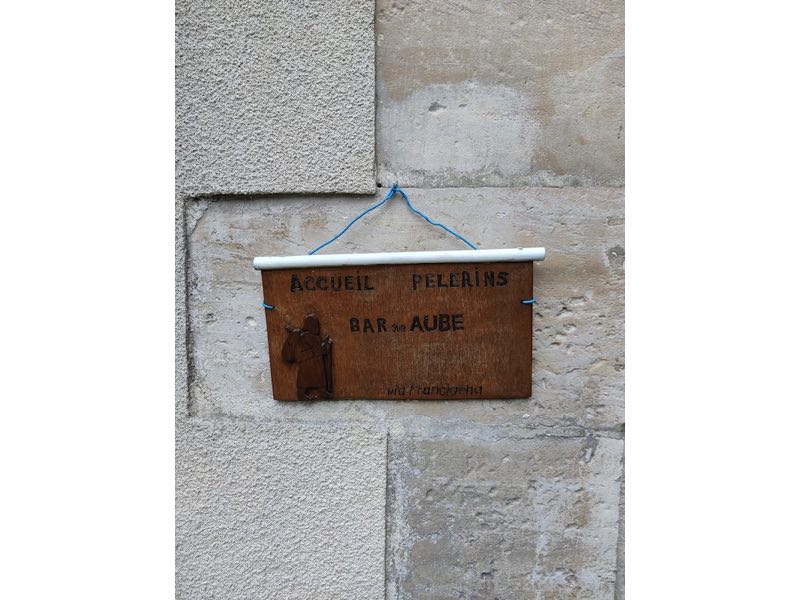