Day 110 – Lecce to Martano: it’s getting chilly, but the destination is close!

Today was another windy, rainy, cloudy, and quite cold day (15°C), an uncommon weather for Apulia in this season, as local walkers told us. It feels like we’re back in Canterbury!
It was also a very long stage today, and the first section, with which we left Lecce, was not super nice – we walked on a lot of tarmac and through a suburban industrial area, where we found a lot of abandoned garbage along the roads: a common problem, impossible to ignore, that we are witnessing along the Southern Via Francigena.
One part of our group got a lift from Lecce to shorten the stage, and was dropped off directly in Akaya, which we reached by foot, approximately 10 km from Lecce. The two groups therefore ended up walking with a distance of a couple of km for the entire stage, and only reunited once we had all arrived in Martano. Nevertheless, our group, composed by about 12 people, walked on a very good pace – I would say with an average of 5 km per hour, which is quite a lot. Valentina Borghi, one of our previous ambassadors, came back today and walked with us the entire stage, despite a pain she’s been having in her hip – well done Valentina!
During today’s section we crossed four villages: Merine, Akaya, Acquarica and Vernole. I was particularly impressed by the castle in Akaya, which popped out of nowhere for me, since I didn’t have any expectations about today’s route. Both the castle and the historical center of Akaya are definitely worth a visit! Unfortunately, given that the stage was very long, we had no time to visit the inside of the castle, but I would like to come back and check it out. Right in front of the castle is a bar that has a stamp for your credential, too – we all went inside to have a coffee and get a break from the rain, wind and cold weather, which we still need to get used to.
Once again, we crossed many olive trees – many old and sick trees, hit by the Xylella disease (I spoke about it yesterday), but we also crossed many young and strong new trees, ready to substitute the sick elder.
We arrived in Martano ahead of schedule and started with a meeting with mayor Fabio Tarantino at the monastery of Santa Maria della Consolazione. The rain prevented us from having a proper visit of the city center, so we went to dry up in our accommodation, have some rest, and then left for our evening program.
After an ‘aperitivo’, our two ‘Clairs’, Clair Waiss and Clair Chevalier, both from the Fédération Française de la Randonnée Pédestre (FFRP) organization, gave a presentation about the fundamental collaboration between their Federation and our Association: they are, for us, historical ‘travel companions’, both figuratively and physically! Many people are joining us from the French regions crossed by the Via Francigena, including Emile Ney, former mayor of Bucey-Lès-Gy, in the region of Bourgogne-Franche-Comté, Dider Morel from the Fédération Française de la Via Francigena, and Jacques Chevin, member of our staff and responsible of EAVF’s French headquarters. It’s great to have them all reunited here, taking part in the Road to Rome arrival! The group is enlarging day by day and the word is spreading, with lots of local walkers coming to support us. Santa Maria di Leuca is now so close!!

HIGHLIGHTS
– Having more and more friends, both Italian and international, joining us for the last few days!
– Walking on a very good pace, and closing a record 31 km stage in 7 hours
– The castle and historical center of Akaya 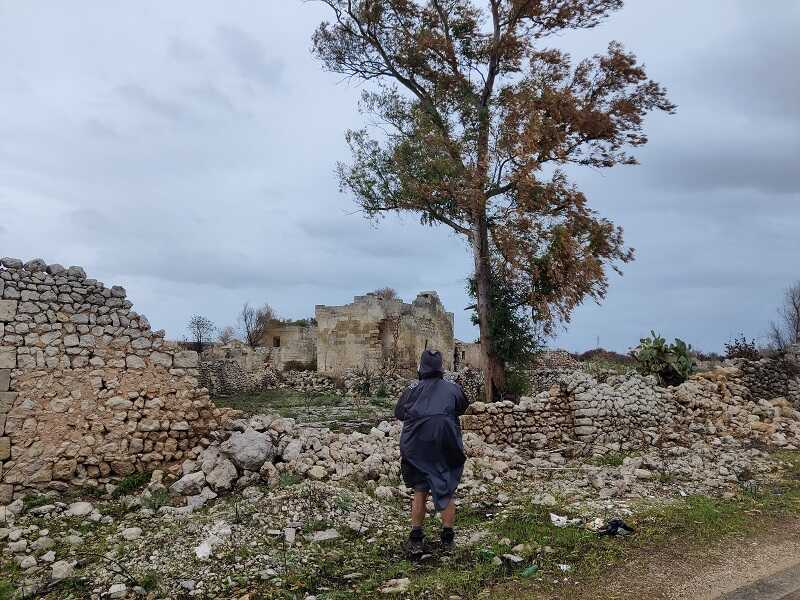 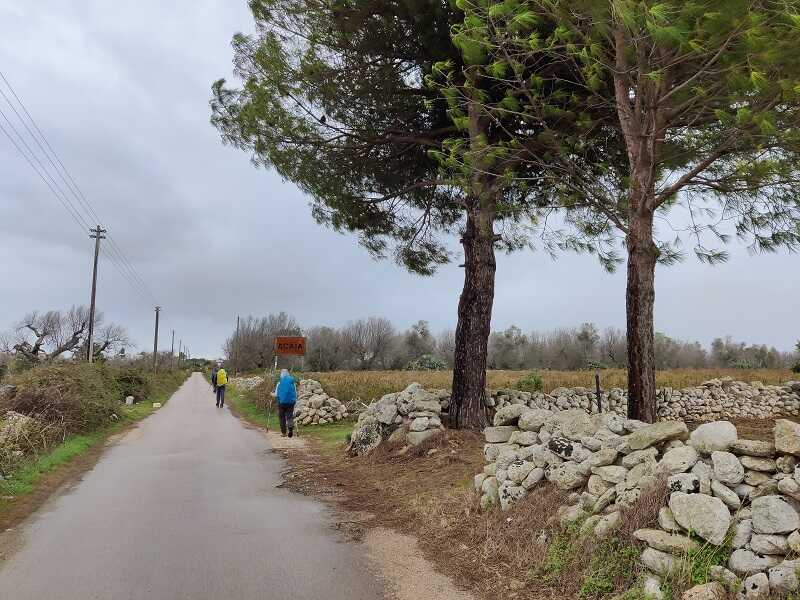 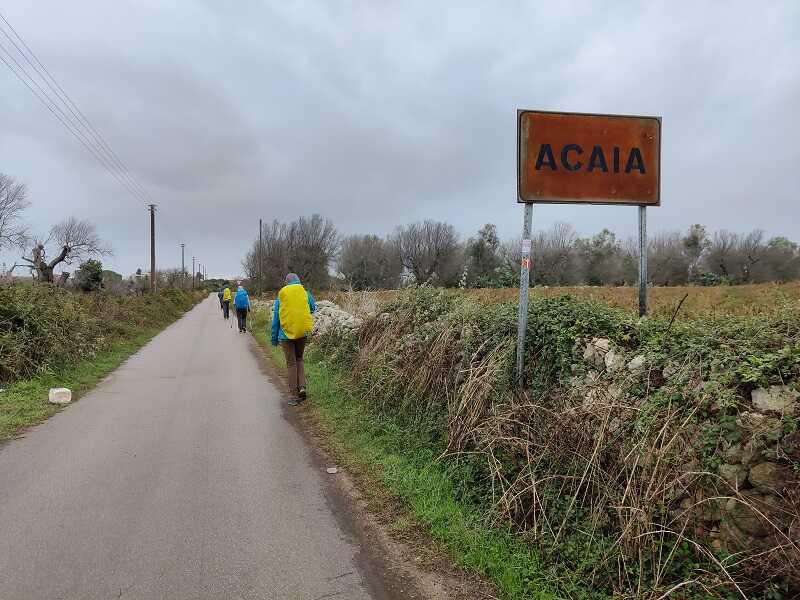 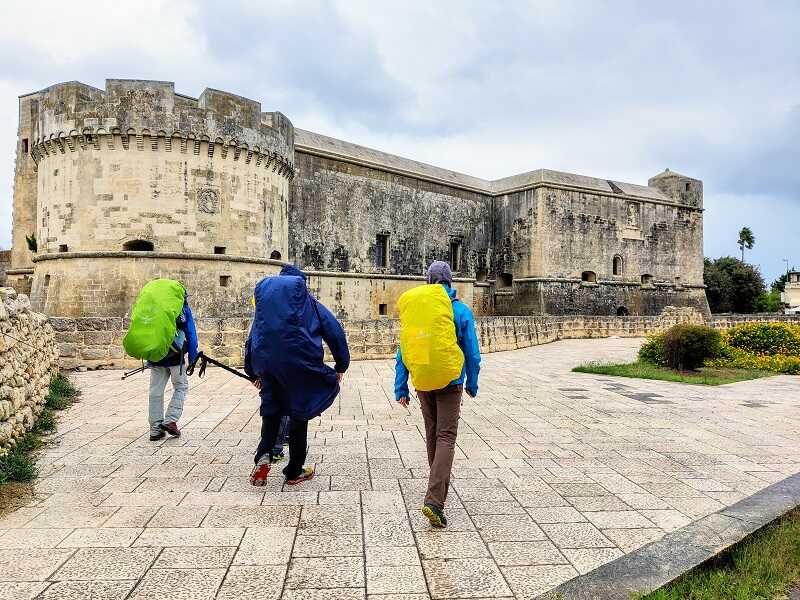 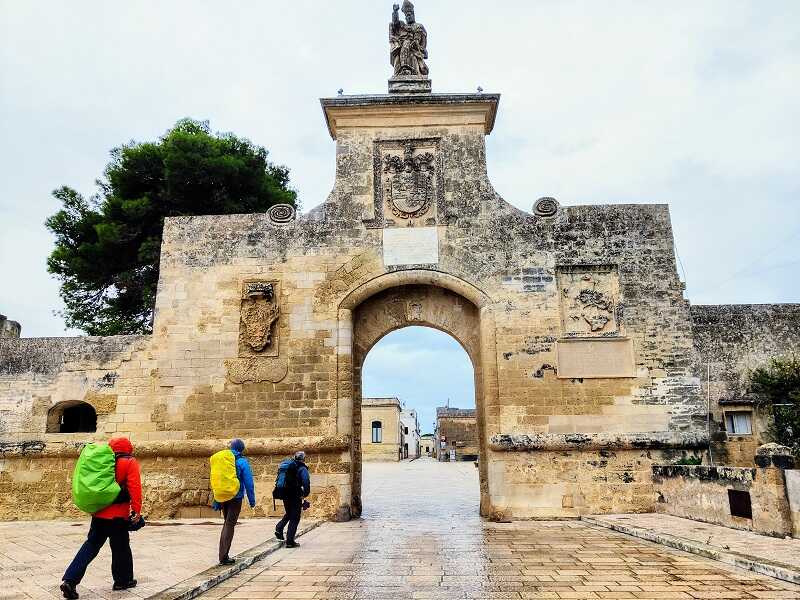 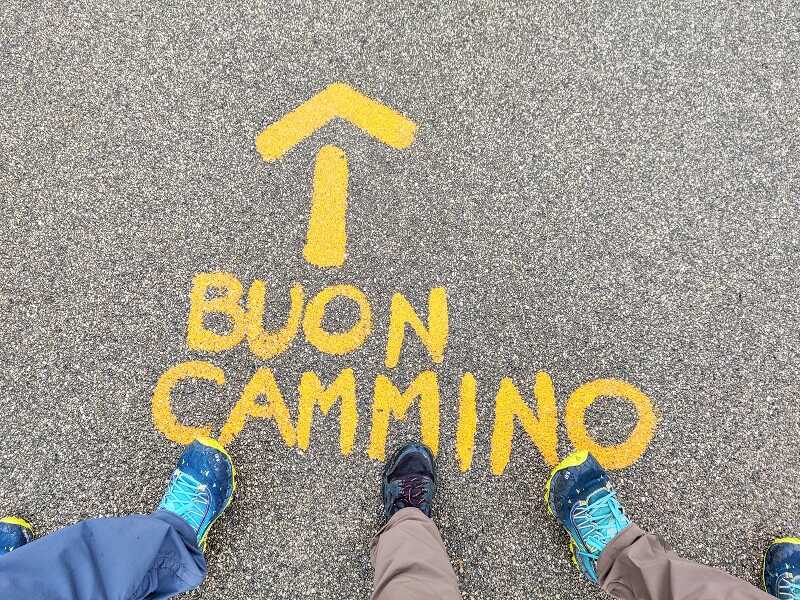 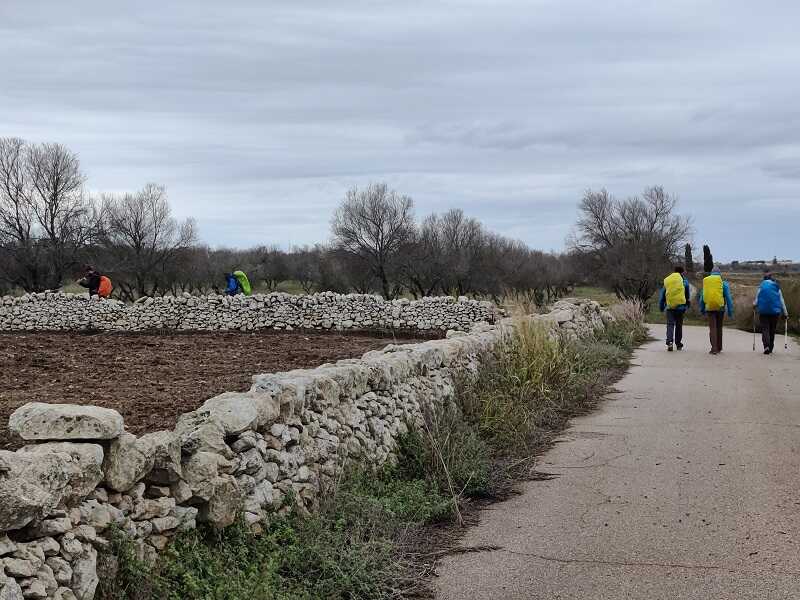 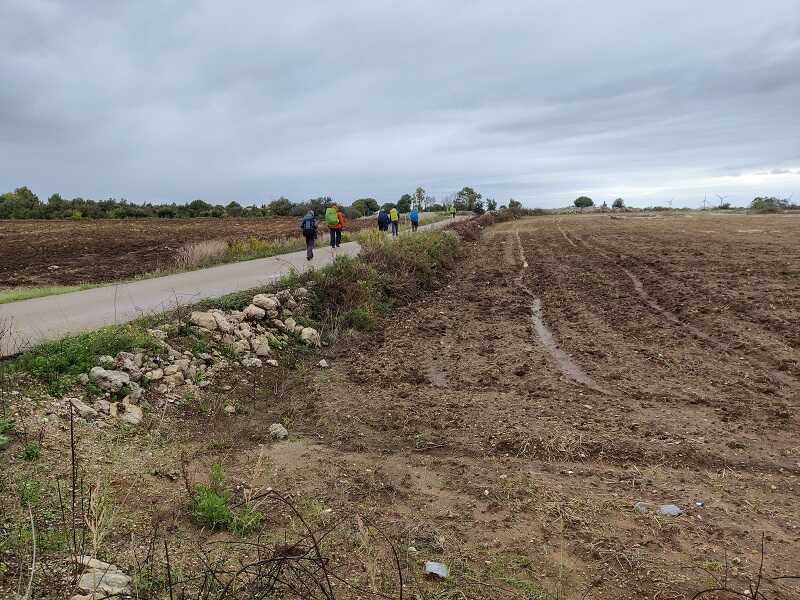 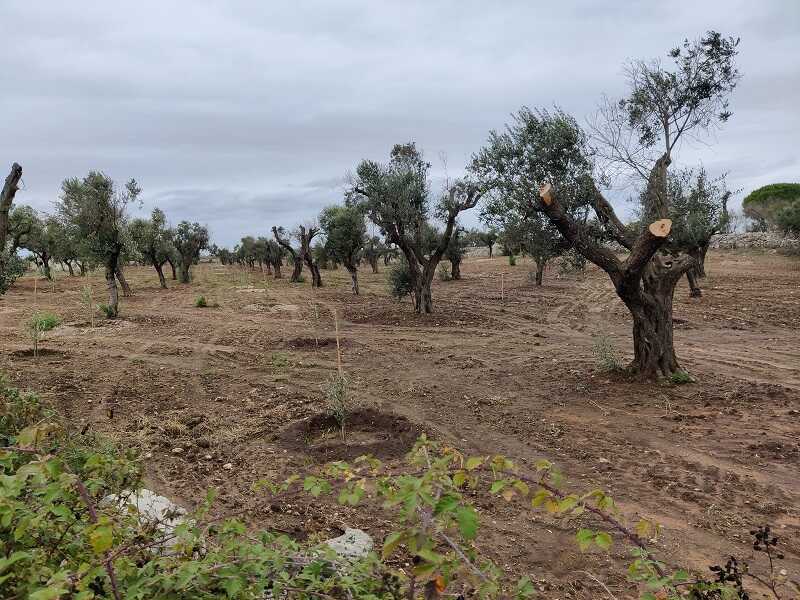 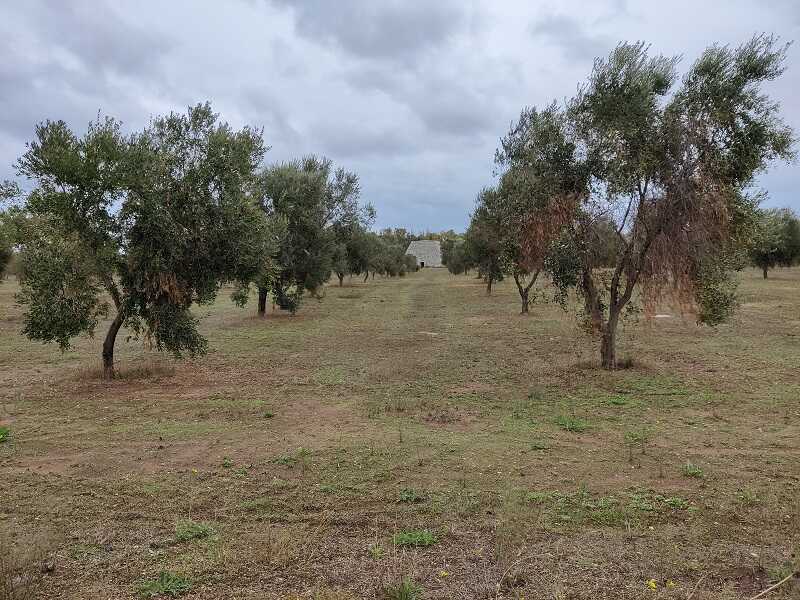 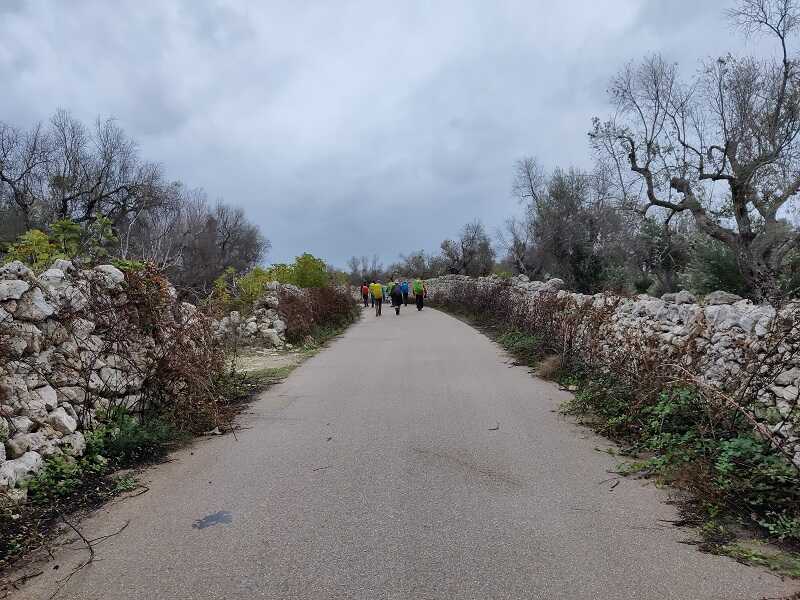 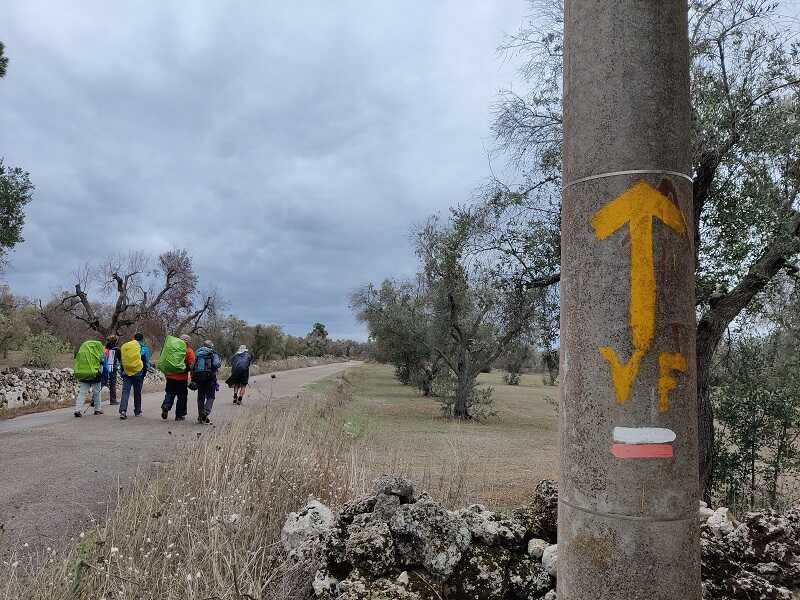 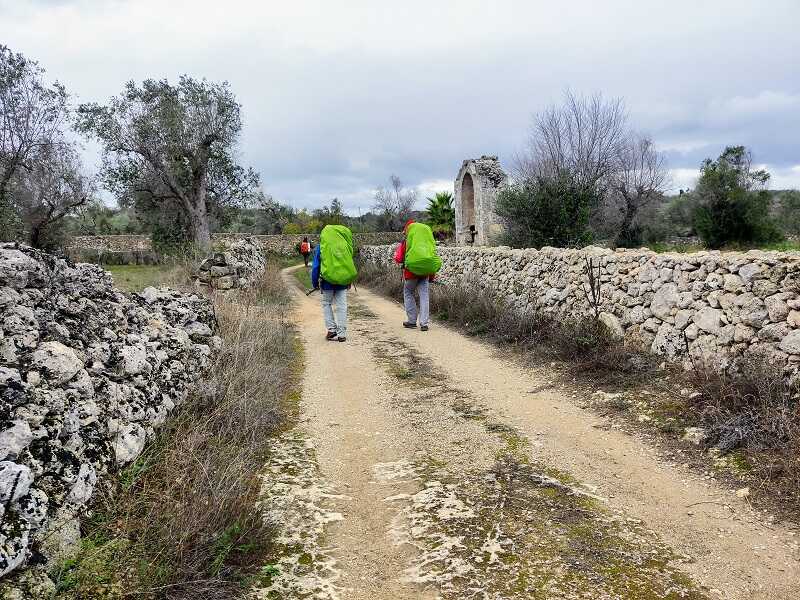 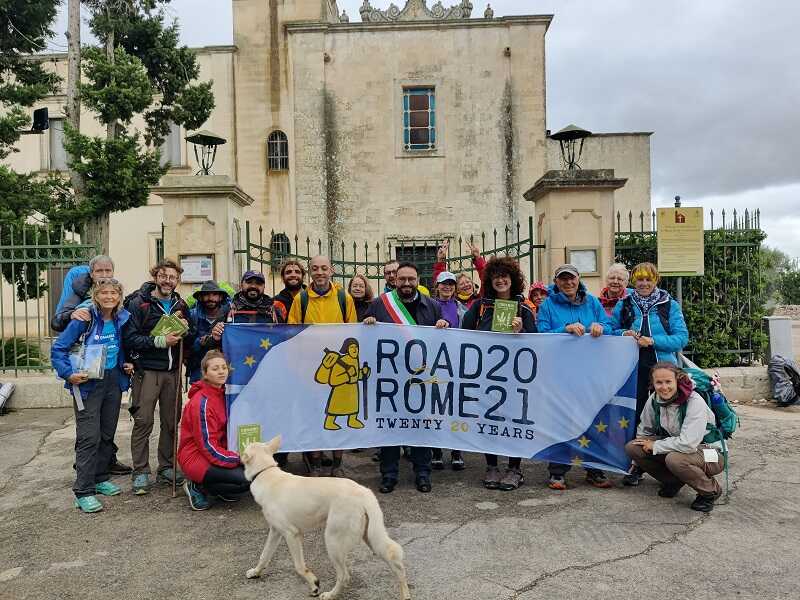