Day 35 – Orbe to Lausanne: we’re back on our bicycles

We are back on our bicycles! The last time we used our bicycles was two weeks ago, when we were still in the Grand Est region in France. In the meantime we’ve crossed a mountain range, changed country, and met a lot of new people along the way.

We were a small group of cyclists today: new entry for the weekend is Marie Faidi-Timmerman, one of our RTR Ambassadors who lives in Geneva. After a visit to the abbey of Romainmôtier near Orbe in the morning, we started cycling around 12 noon. Today’s stage was rather short and didn’t have any difficulties up ahead, so we expected an easy day and early arrival. However, fate had decided differently for us!

After a short lunch break, we continued on our way towards Lausanne but in the middle of a small climb, disaster struck: the chain of Marie’s bicycle broke! In all my years of bicycle travels, this had never happened before, and to be completely honest… fixing a broken chain like that is a little bit beyond my skills. But we decided to try anyway! After some trial and error we understood how the chain needed to be put back, but unfortunately we didn’t have the right tools for the job. A friendly, local farmer came to the rescue with a plier, and for a very short while the bicycle could be used again.

Unfortunately this didn’t last long, and after 1km we were back to zero. We called in for help, and for the final 10km of the day, the bicycle and Marie were transported to Lausanne while the rest of us continuee cycling. During all of this it had also started raining again, making it more difficult for us to take photos and make some videos.

Upon arrival to Lausanne some of our group went to visit the beautiful cathedral, and in the evening we ate a local specialty: malakoff. These fried balls with cheese and potatoes inside were accompanied by a huge mountain of salad, making our bellies happy for much-needed fibres and vitamins. Just before returning to our hotel, the skies turned grey and a huge thunderstorm fell on the city of Lausanne and surrounding area. These storms continued during the night and we strongly crossed our fingers that they would be done by the time we had to go back on our bicycles again 🤞🏻

Visiting the Romainmôtier abbey before departure

Cute highlander cows along the way 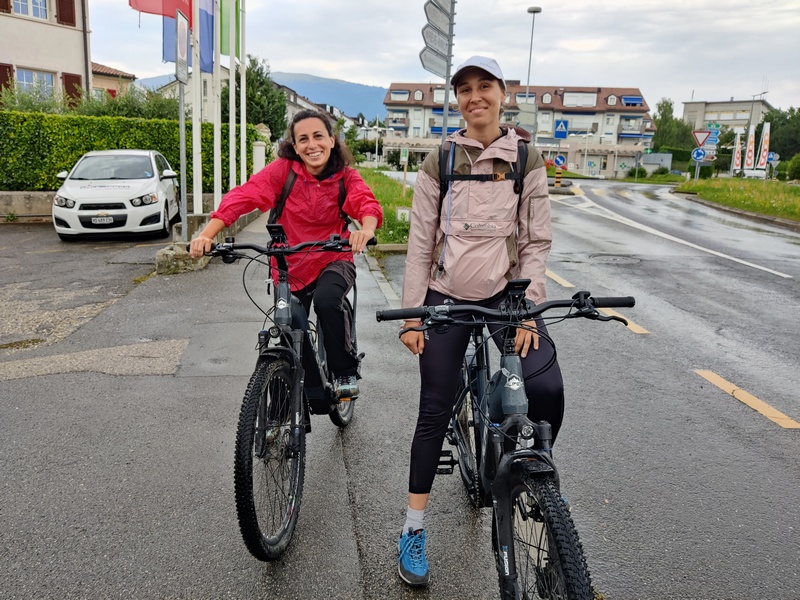 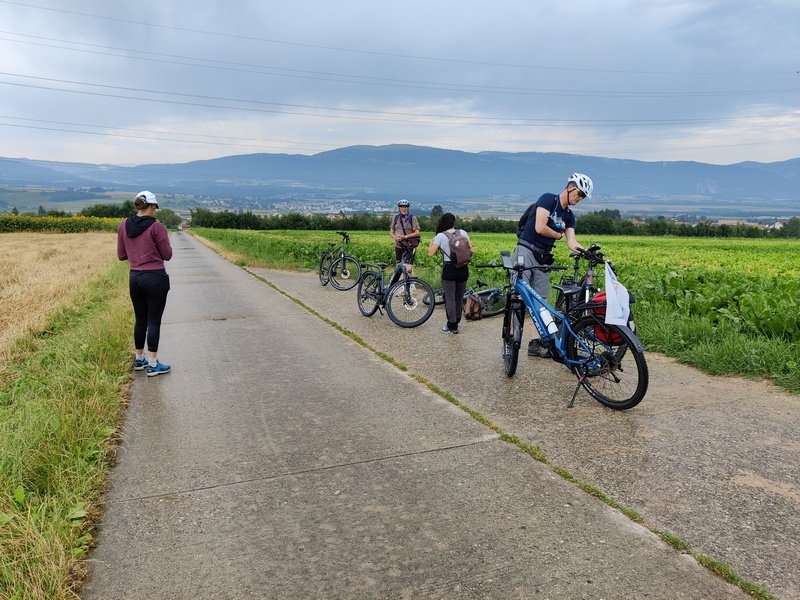 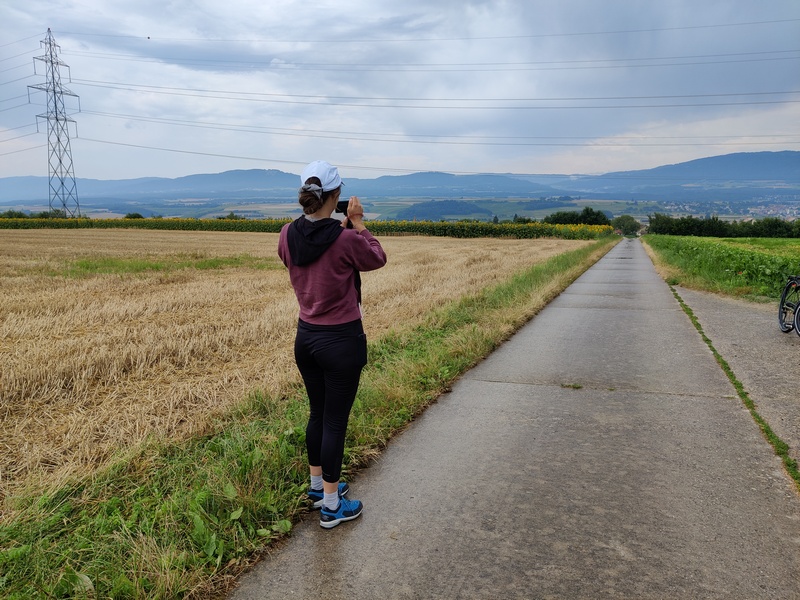 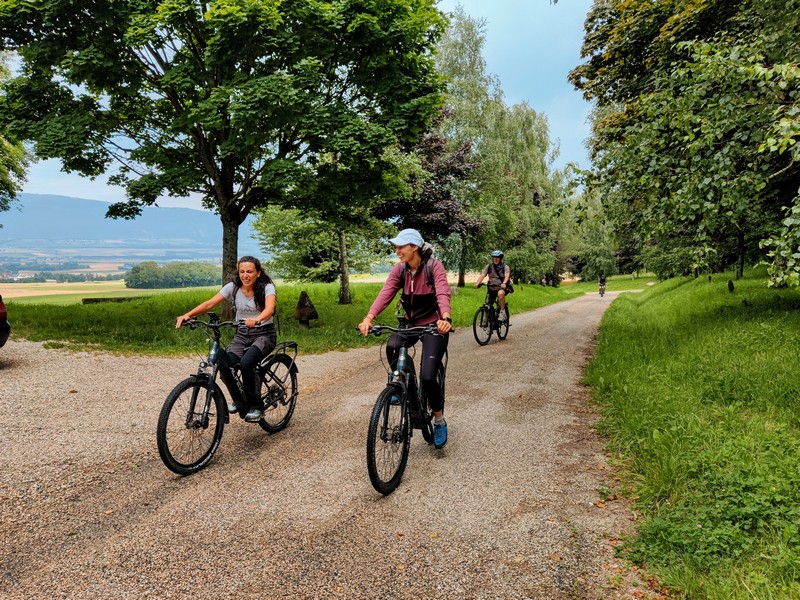 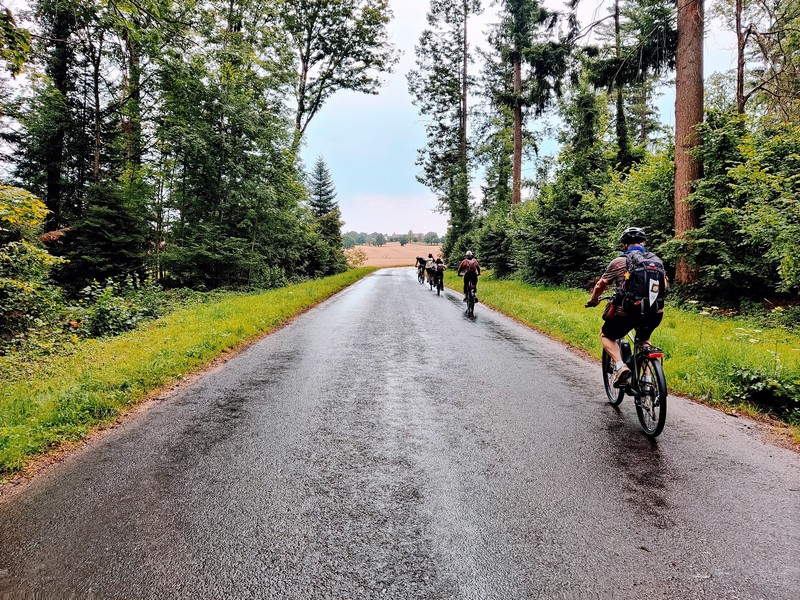 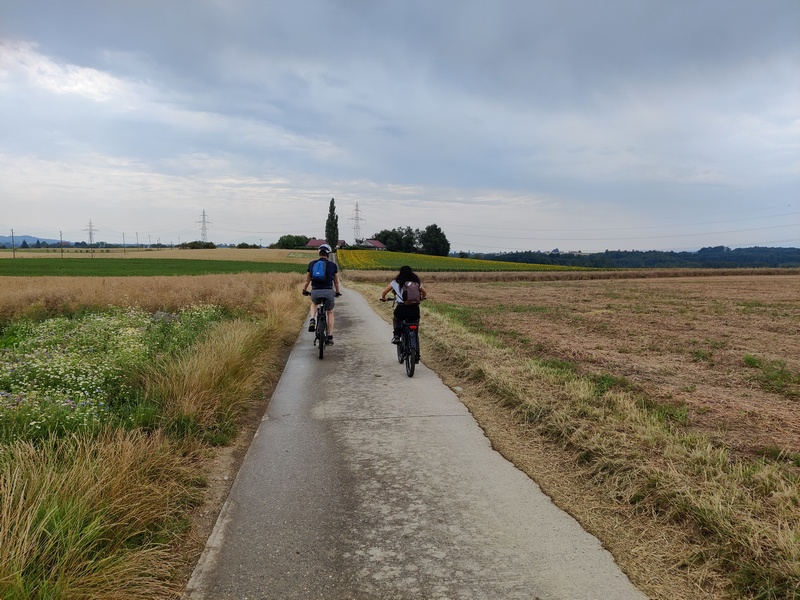 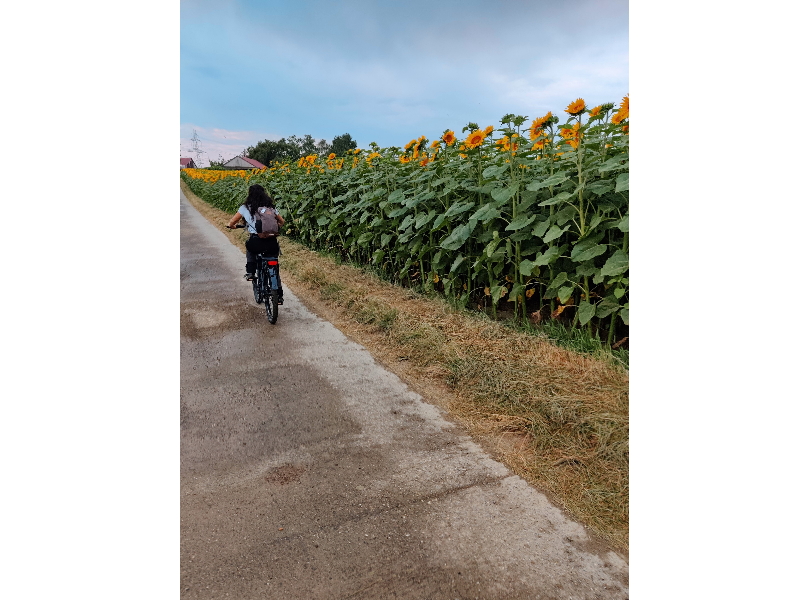 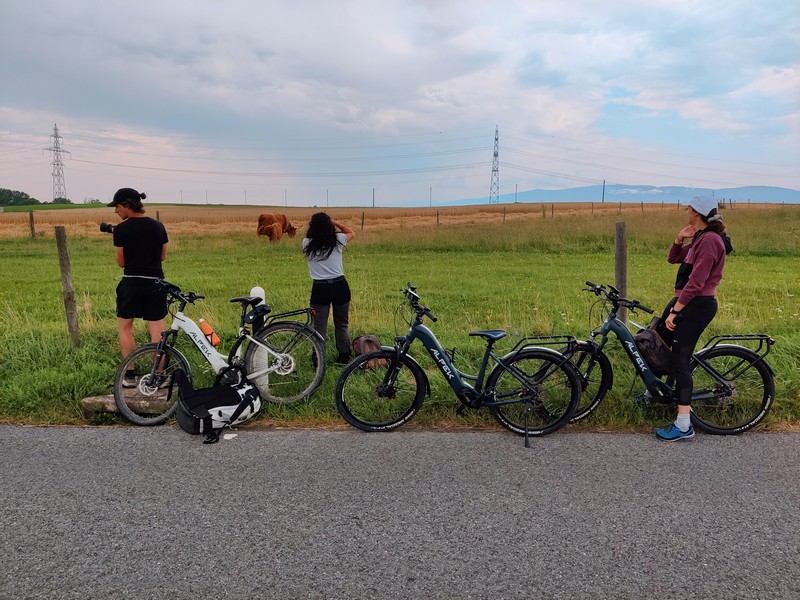 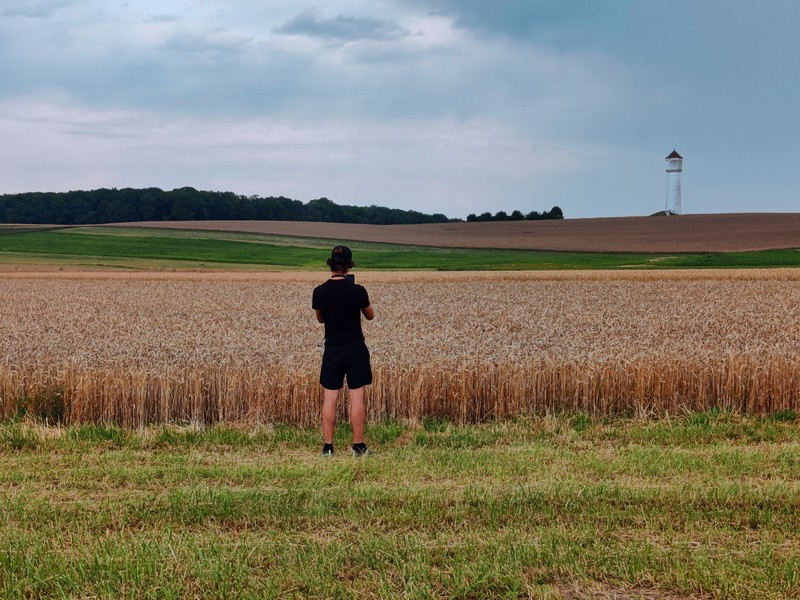 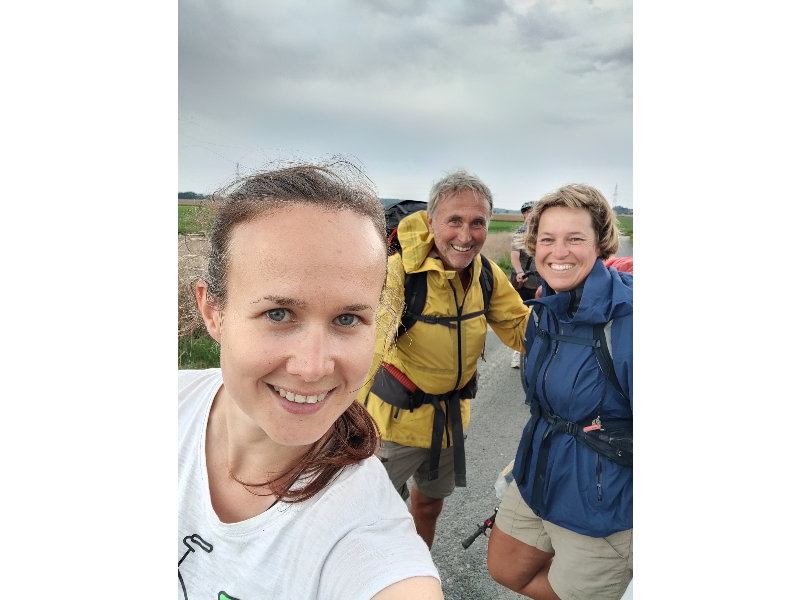