Day 34 – Jougne to Orbe: into Switzerland!

Today marked the end of our 5-week stay in the land of champagne, baguette

, the Jura mountains, amazing hospitality, and endless fields of grain. After a mere 3,5km of walking, we arrived at the French-Swiss border at Les Échampés which had been colourfully decorated for the occasion by locals. This border crossing is for pedestrians and cyclists only, and a short official ceremony with city representatives from Jougne in France and Ballaigues in Switzerland was held before we finally crossed over to the other side. And from that moment onwards: no internet anymore! Because Switzerland is not part of our data plans, crossing into this beautiful, mountainous country meant that we had to switch off our roaming and not be connected until arrival in Orbe.

Personally, I think this is great. It’s how travel once was, without a cellphone, without connection, without incoming messages. We were guided through today’s forest by Jean François Tosetti from the Association Église Montcherand, and most of today’s stage ran alongside the Orbe river in the beautiful Gorges de l’Orbe. We were again surrounded by trees as far as the eye could see, and from within the forest it was sometimes difficult to believe that above us it was super hot and sunny. The trees protected us from the heat and the sun, and far below us we heard the water from the river Orbe make its way out of the Jura mountains. After several kms of descending, we arrived at the imposing Viaduc du Day and shortly after at the Cascade du Day. We had a short break at this beautiful waterfall, after which we continued our descent out of the Jura mountains.

Another official meeting was planned in Montcherand, at the church of the town. The town’s mayor was present as well as our president Massimo Tedeschi. Another Road to Rome plaque was unveiled, after which an amazing surprise was waiting for us: the representatives of the town had brought a cooler bag with them and treated us to some locally-made ice cream! After many kms of walking in 30 degrees celcius, this was the perfect snack we could have wished for. We sat down in the shade to enjoy this little treat, and after another stamp in our credential, we prepared for the final kms to Orbe.

Upon arrival in Orbe we had just enough time to have a shower, because the day program continued here as well. And we can definitely tell we’re in Switzerland and not in France anymore: everything is organized and timed by the minute, which can sometimes be a bit taxing when you have just walked almost 20km. The first activity here in Orbe was one that we will probably remember for a long while to come: we visited the town’s Roman mosaics. None of us expected these mosaics to be as beautiful as they were, because they are not promoted anywhere. They are the remains of a huge ancient Roman villa from 1850 years ago. With its 230x110m this villa covered an enormous area, but unfortunately little remains of the villa itself. To protect them, several little houses have been built on top of the mosaics and one was truly more beautiful than the others. Apparently not so many ancient roman mosaics can be found north of the Alps, making the ones in Orbe quite rare and unique. Our guide told us that they have never been restored, meaning that the colours are all 100% original. It’s impossible to believe that the local authorities are not at all interested in promoting this unique and fascinating heritage.

An evening with food and music was planned at the Esplanade du Chateau in Orbe, and after a visit to the round tower with stunning views over the valley and the Alps in the very distance, we called it a day and went to sleep. Tomorrow we will be back on our bikes for two stages!

Eating an ice cream at Montcherand

The beautiful roman mosaics in Orbe

View from the round tower in Orbe 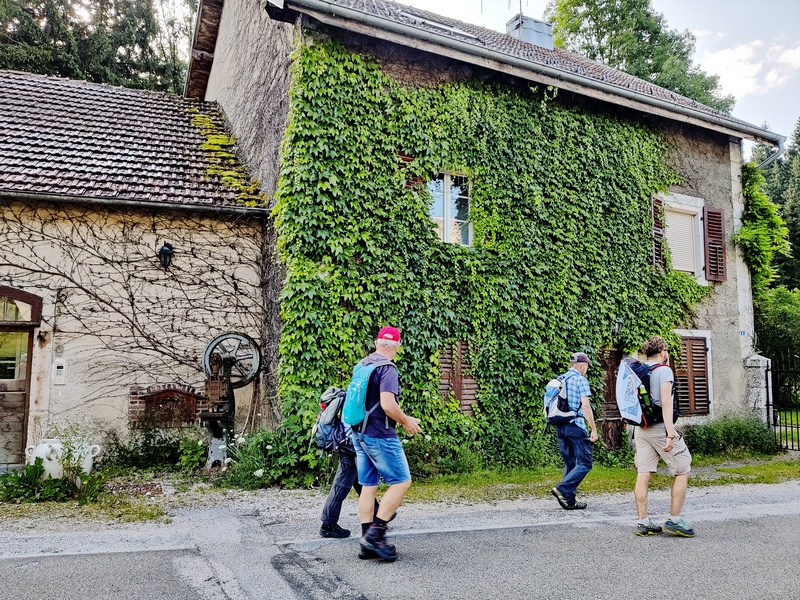 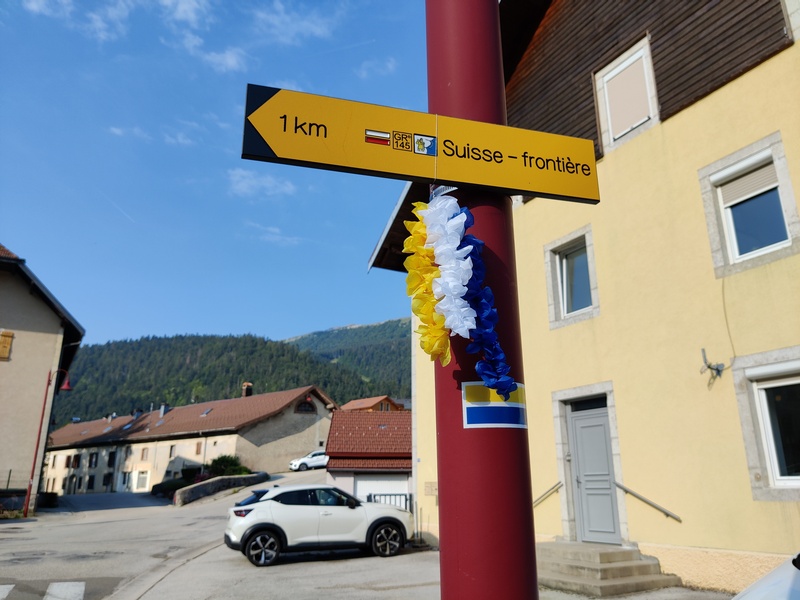 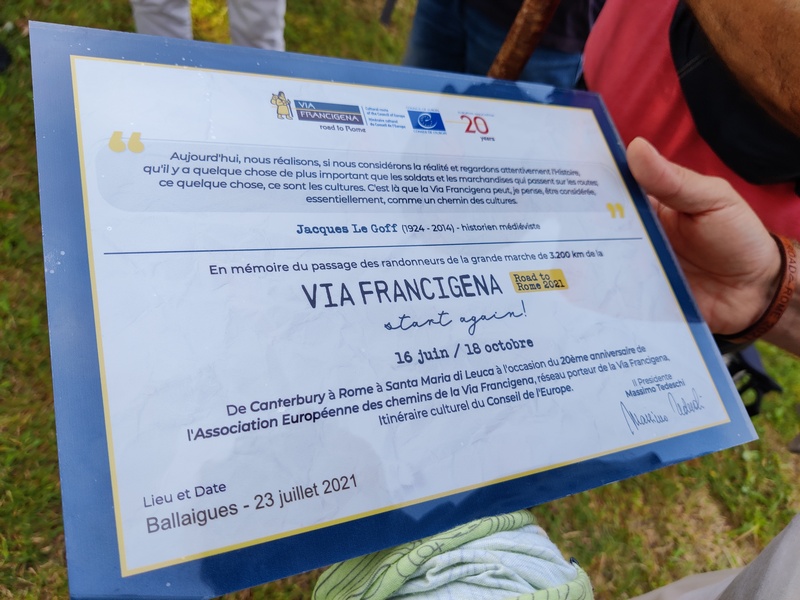 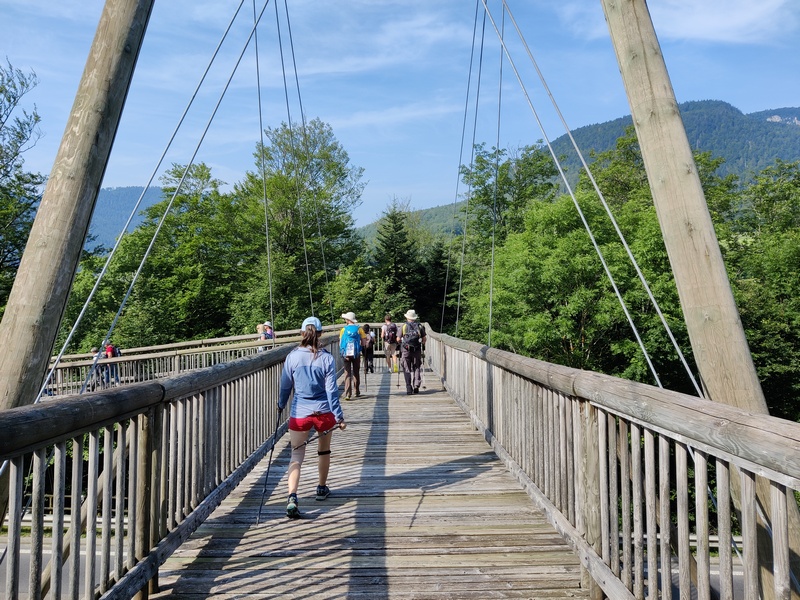 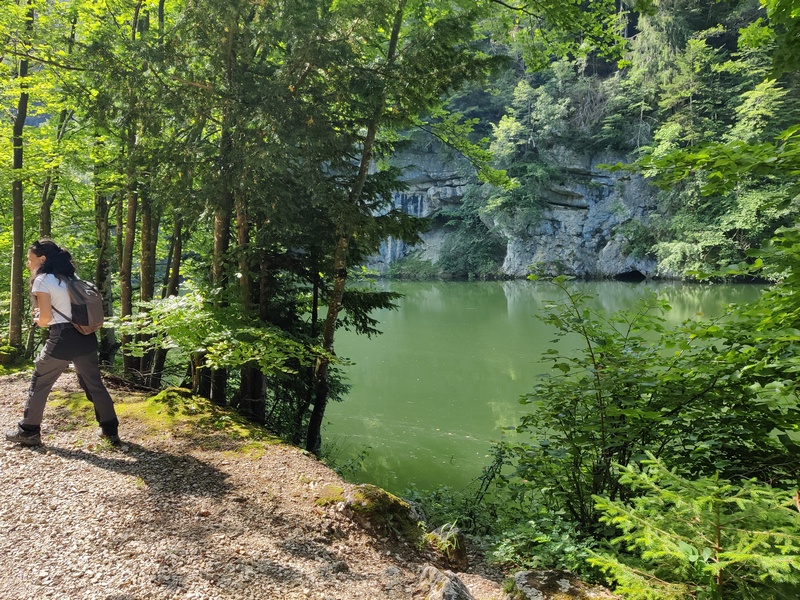 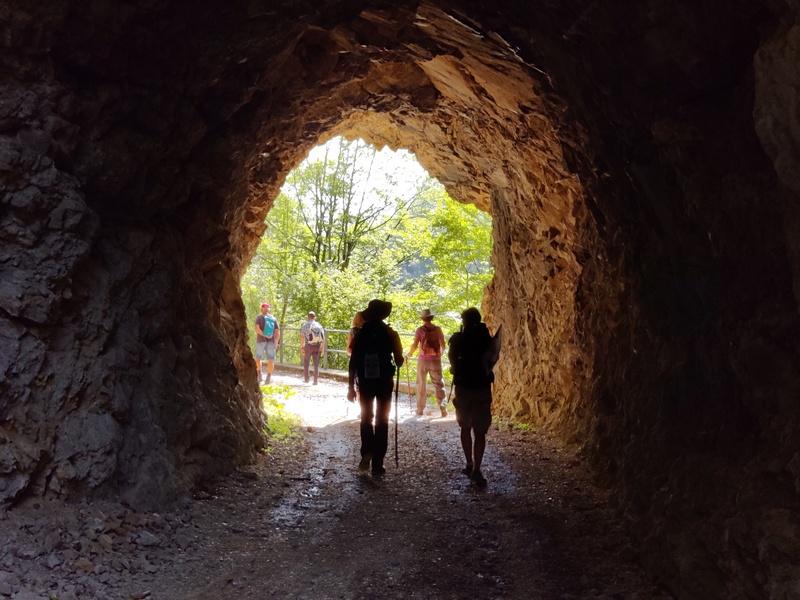 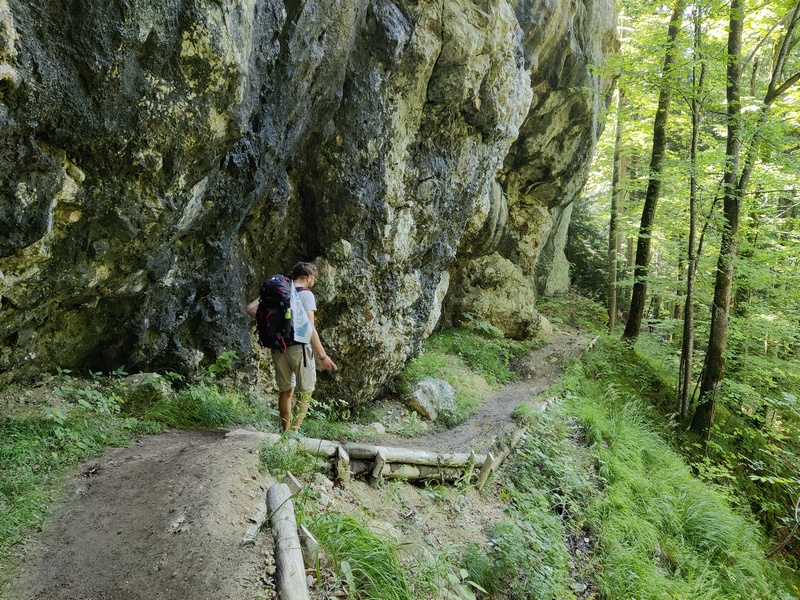 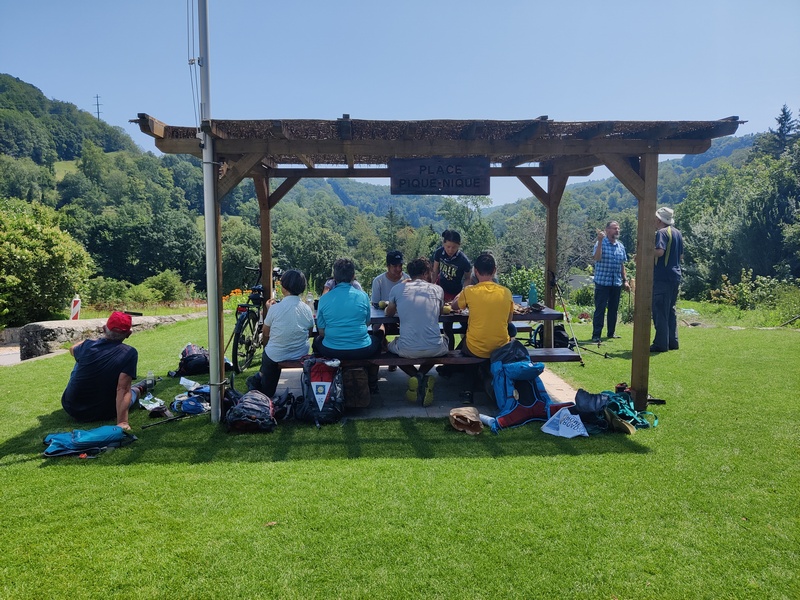 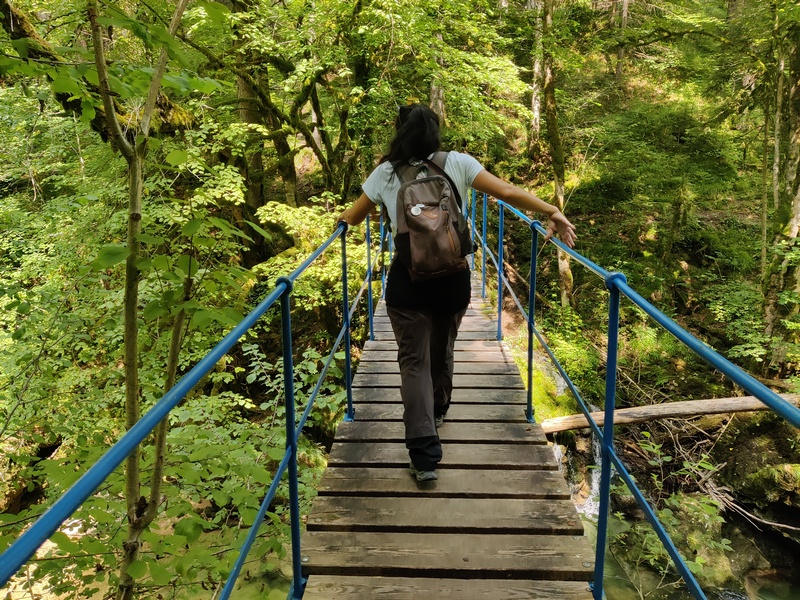 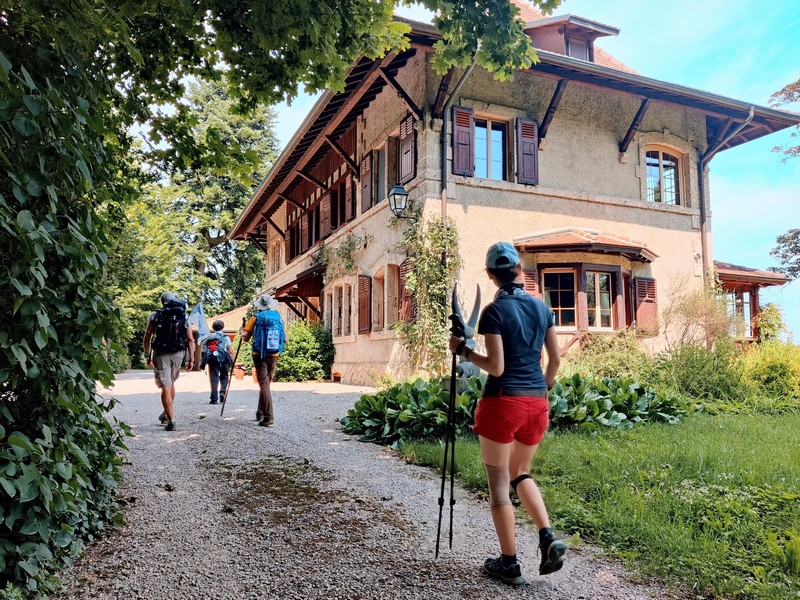 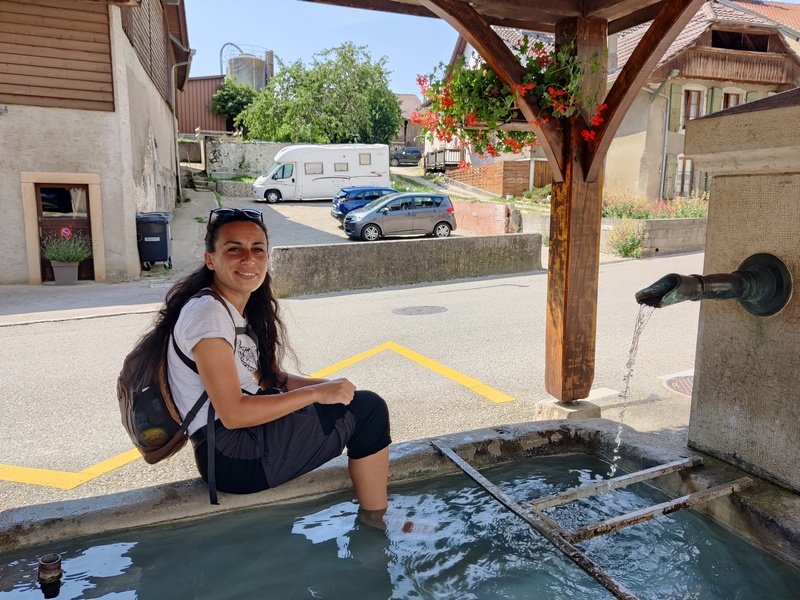 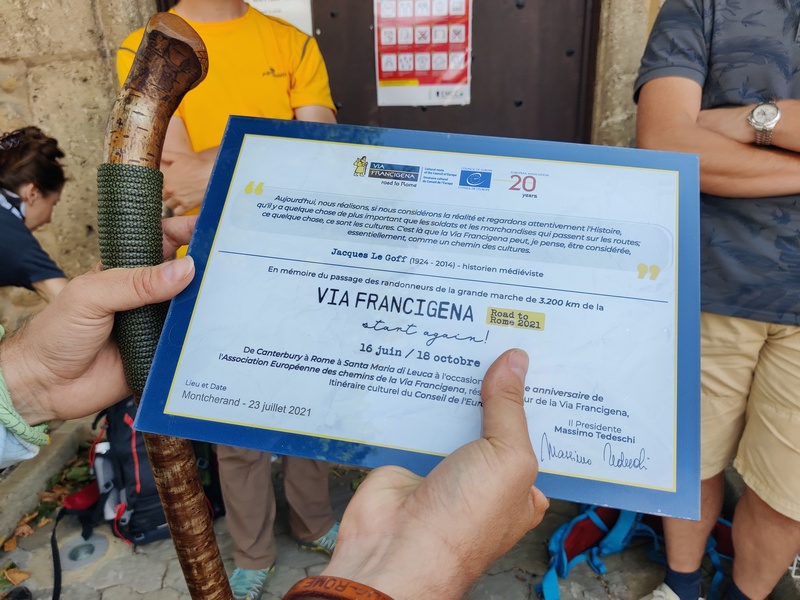