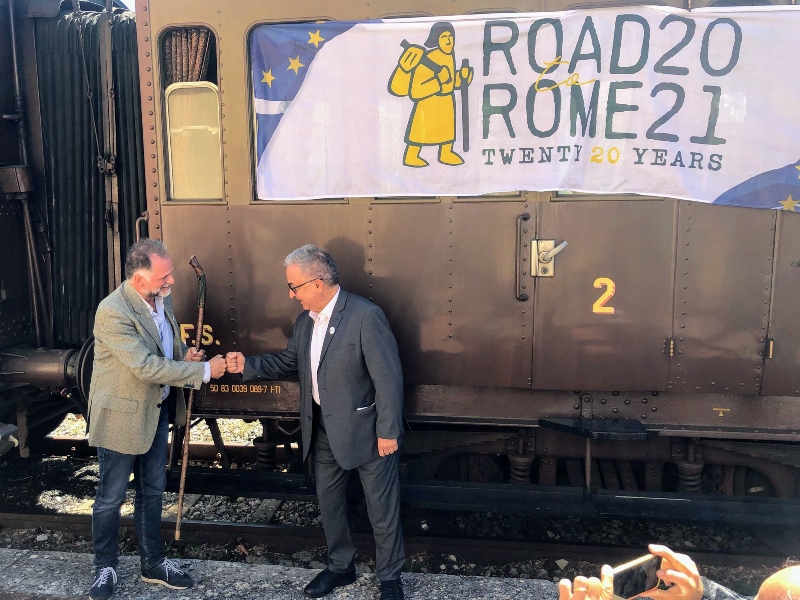 A first esteem of the “Via Francigena. Road to Rome 2021” relay march with EAVF’s President Massimo Tedeschi

“Heritage-Europe-Relaunch are the three keywords of Road to Rome” was one of the most significant sentences shared during meetings with mayors, the public and institutions who have welcomed the European march along the Via Francigena, at the end of each stage. A sentence full of meaning and full of expectations, which was not only spoken but has been put in practice along the road. Many agreements have been settled during “Road to Rome” between EAVF and municipalities; many pre-existent collaborations have been strengthened during the event: among these were the Ventotene Treaty, in the region of Lazio, the renewed agreement with the Fédération Française de la Randonnée and the Santa Maria di Leuca Manifesto, signed at the end of the very last stage.

Journalist Andrea Mattei interviewed EAVF’s President Massimo Tedeschi for “La Gazzetta dello Sport” newspaper: Massimo Tedeschi was the first person wanting this incredible event and taking part for the entire initiative, from the 15th of June to the 18th of October, to build relationships with institutions, walkers and territories.

What is the first preliminary esteem of this long journey?

The overall picture is very positive. First of all, we managed to develop and lead the initiative without having a large organizational body behind it. Also, the event gave us the opportunity to encounter, on the field, along the entire 3,200 km of the Via Francigena, people, places, stories, languages: it was a truly successful European story.

What does Europe currently look like from the Via Francigena?

The VF, “Cultural Route of the Council of Europe”, crosses United Kingdom, France, Switzerland, and Italy. The UK left the European Union but not the Council of Europe, and Switzerland is in the same position. The Vatican State also formally adhered, three years ago, to the program of Cultural Routes of the Council of Europe. We met many people – we estimate around 10 thousand – and communities – around 350; we are aware of their differences, that begin with the language differences, but we are also aware of their common roots and most of all, after the pandemic, the shared need for Europe that we are experiencing today. For all these reasons, from the VF you can see a lively and optimistic Europe. 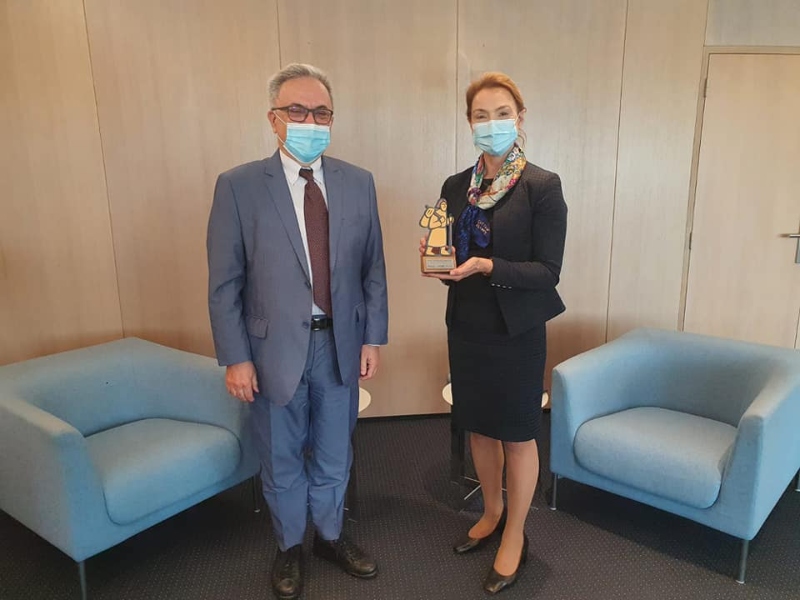 What was the biggest surprise for you in these 4 months?

What (positively) surprised me the most was the warm hospitality that we have been receiving, from Calais to Santa Maria di Leuca, from such a large number of administrations, local communities and tourist offices. I remark that it is a great number, not the totality: there are, of course, some local administrations which are not interested in the project. Legitimately, we will do our best to convince them too.

What is the most beautiful section of the Via Francigena?

It’s impossible to answer that question. The allure of the itinerary of the VF depends on the perceptiveness of the walker, keeping in mind that the VF attracts people from all over the world. I also want to remind that, thanks to our collaboration with the FS Italiane Foundation, we traveled for two stages aboard a historical train (stage n.68 on the 29th of August, in Val d’Orcia, and the last stage, n.113, on the 18th of October, from Otranto to Gagliano-Leuca). I find this a great combination: traveling by foot, by bike and by train.

What might change tomorrow for the VF thanks to this initiative?

There will certainly be greater awareness of the potential of the VF project among local administrations, which will hopefully strengthen local, regional, and national networks, joining forces with associations, so that the itinerary will always be efficiently signposted – and possibly interconnected.

What is the goal that EAVF has set for the future of the VF?

On the 7th of April 2001, when we founded the European Association of Via Francigena ways, very few people knew the VF. We saw an incredible awareness raising process across these 20 years. Today, after “Road to Rome 2021”, this is even more true. Knowing about the VF is the first step towards visiting and walking on it. We aim for 100 thousand pilgrims and walkers per year traveling along the VF for at least one week. 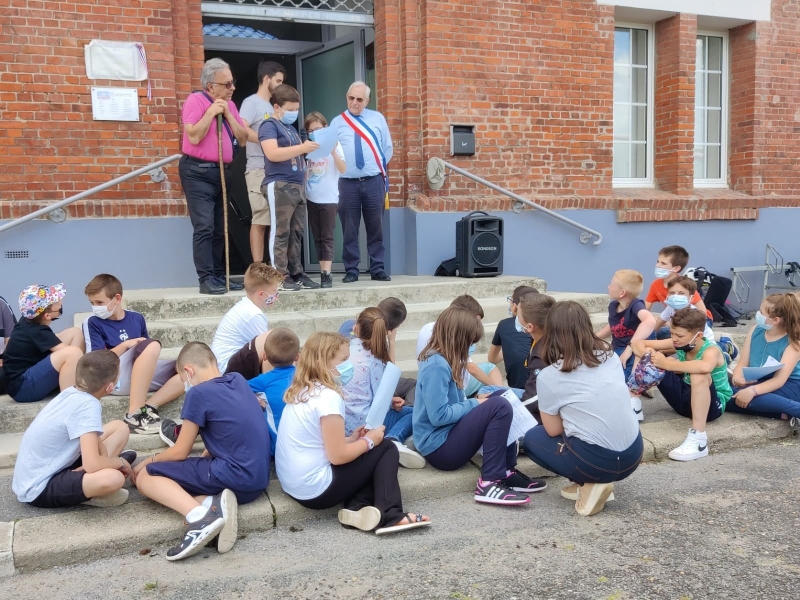 What are the strengths and weaknesses of the VF compared to the Camino de Santiago?

VF and Camino de Santiago are different. The VF has great cultural, historical and geographical variety in all its sections (English, French, Swiss and Italian) – a very true argument by Sandy Brown, the American writer developing an in-depth English guide to the VF. The Camino is different because it is more uniform. Hence, I think that VF and Camino should be complementary. During these 4 months, in fact, we met many walkers and pilgrims that, after walking along the Camino multiple times, decided to discover the VF. 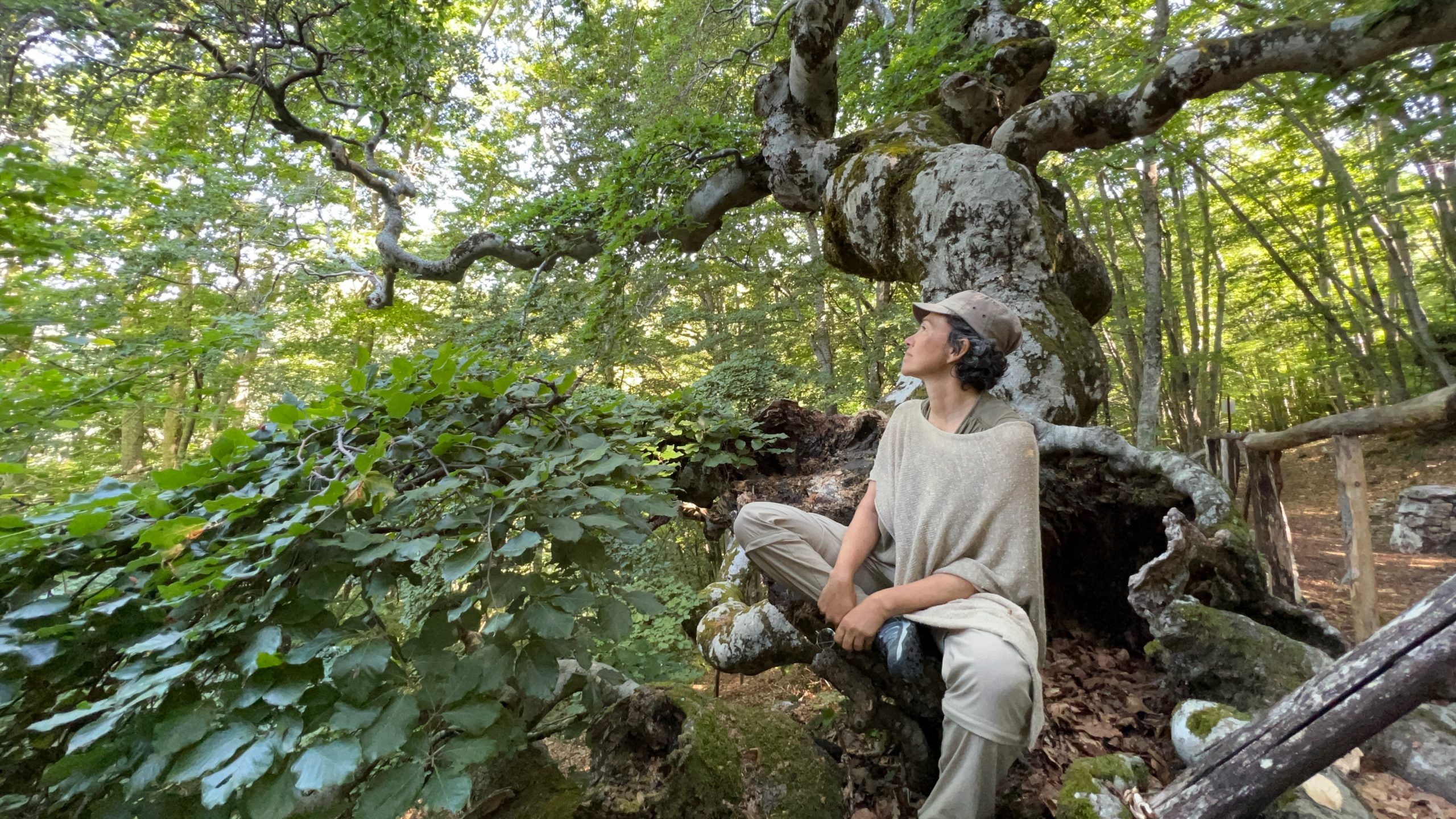 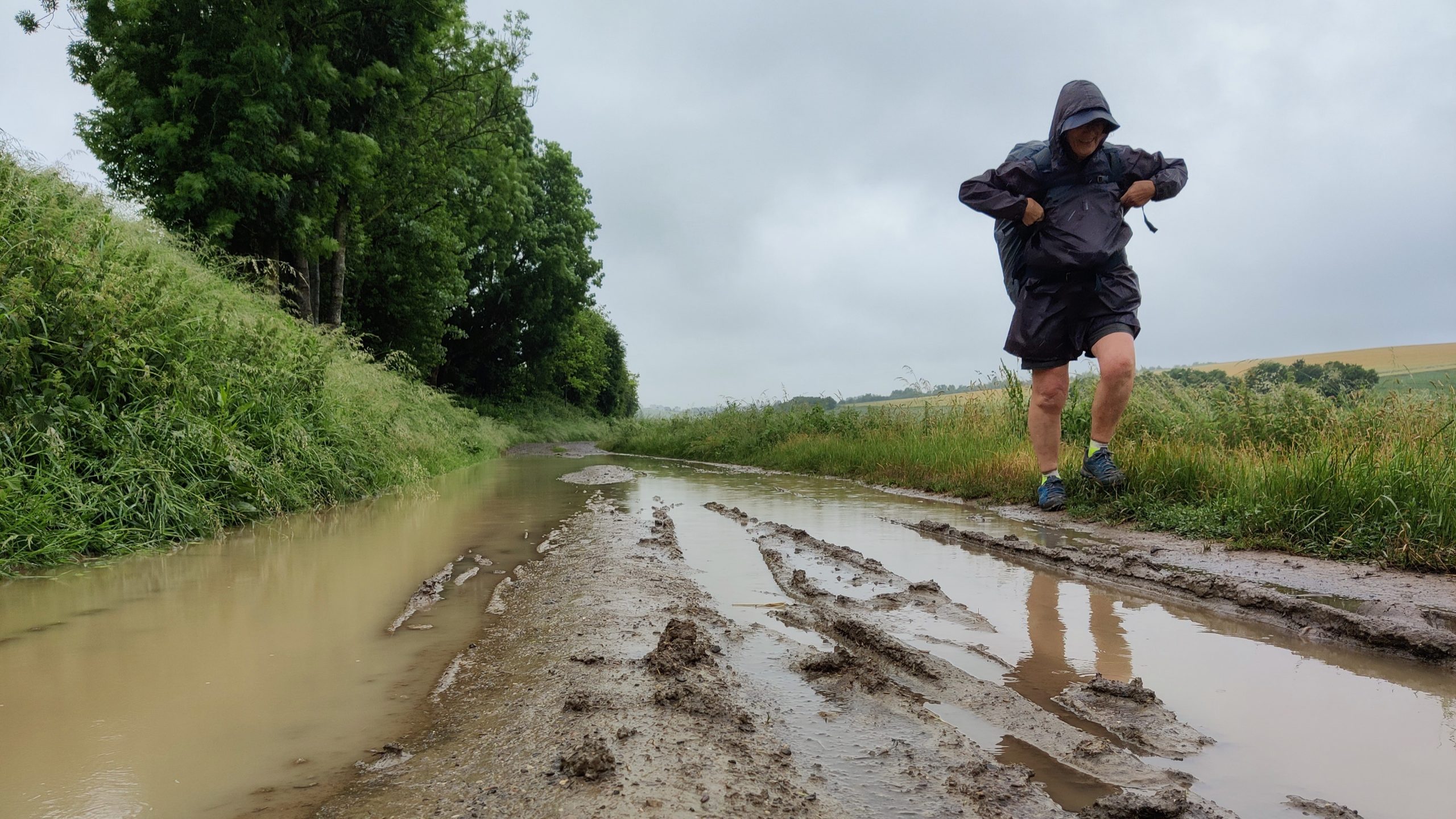