More people who have already walked with us are coming back to take part in the last few stages! Today Clair Waiss and Clair Chevalier, from the French Federation Randonnée, as well as Gaëtan Tornay, EAVF’s vice-president from Switzerland, joined us. It’s weird: it feels like I haven’t seen Clair and Gaëtan for a lifetime, but it was only a couple of months ago when I crossed France and Switzerland with them.
The first section of today’s stage was not along the seashore but among vineyards. We had a little bit of rain, but it was mostly sunny or cloudy. This first stretch led us into Polignano a Mare, a very popular and famous holiday destination in Italy, which is especially impressive because of its rocky cliffs facing directly the deep sea (Polignano is also famous because it has some awesome – and very high – jumping spots). In Polignano we were welcomed in the contemporary art museum Pino Pascali by Chiara Pepe, city councilor of culture, by the president of local cultural association ‘Confusione’, and by some very tasty sandwiches that gave me the energy boost I needed.
From Polignano we continued heading south along the seaside. The view is stunning, and the rough sea contributed to a dramatic and astonishing landscape. We could see a storm coming closer along the horizon – it’s been following us all day – and at some point, of course, it caught up with us. So it started raining heavily, and we walked both aside and inside the water for at least one hour, getting completely soaked. The view, however, is just so beautiful…the rain didn’t matter that much: we embraced this moment of contact with nature and enjoyed the hike!
It was still raining when we arrived in Monopoli, where we sheltered in our accommodation for a while to get our hair and shoes dry. Giusy Baldacchino, our local colleague at EAVF, works at the tourism office of Monopoli and took personally care of hospitality for us here. We then went into town to meet the mayor and take part in some welcoming activities, such as a show cooking and some tastings, and had a tour of the city that the municipality had organized for us. 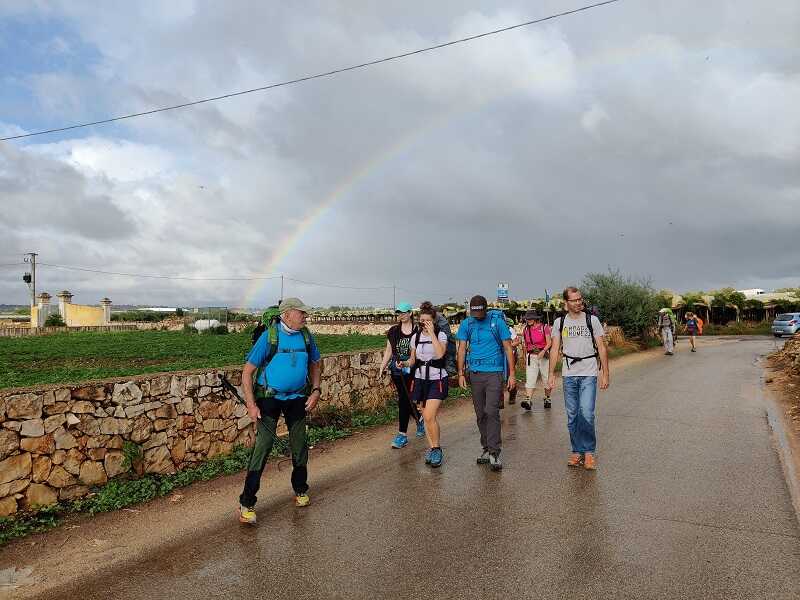 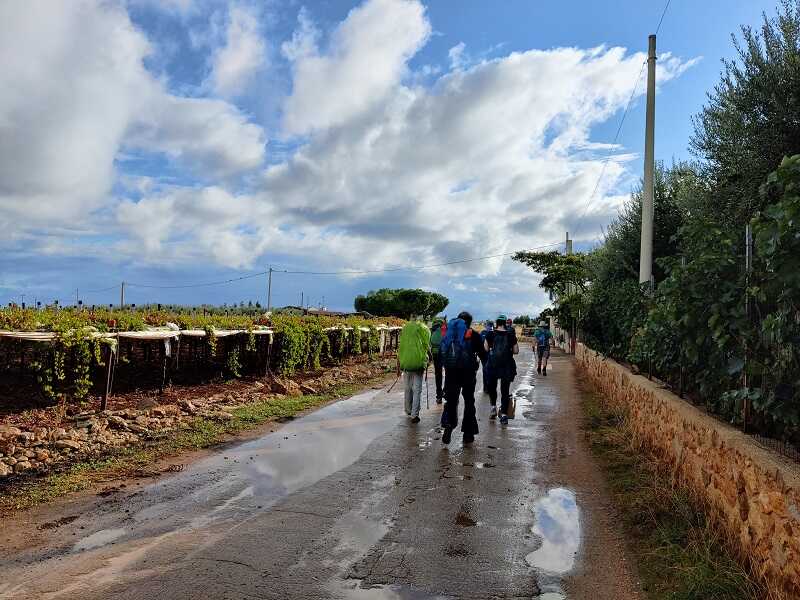 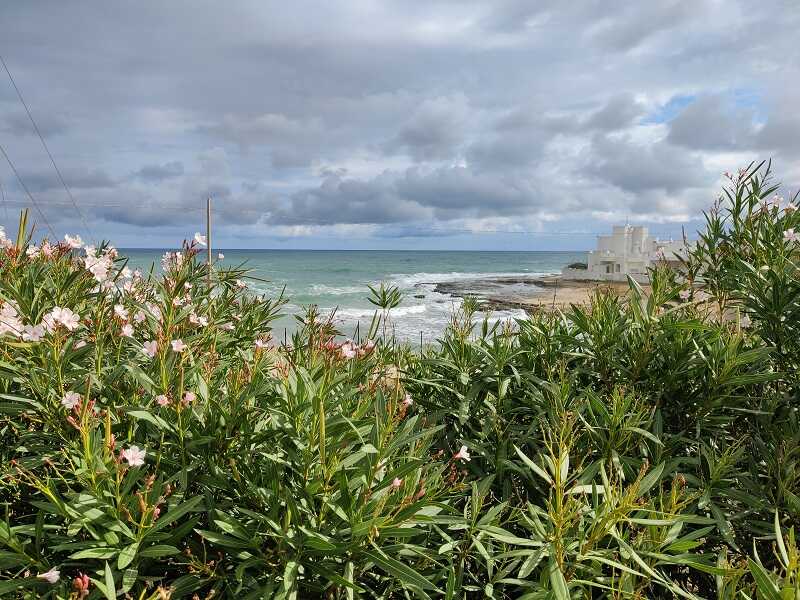 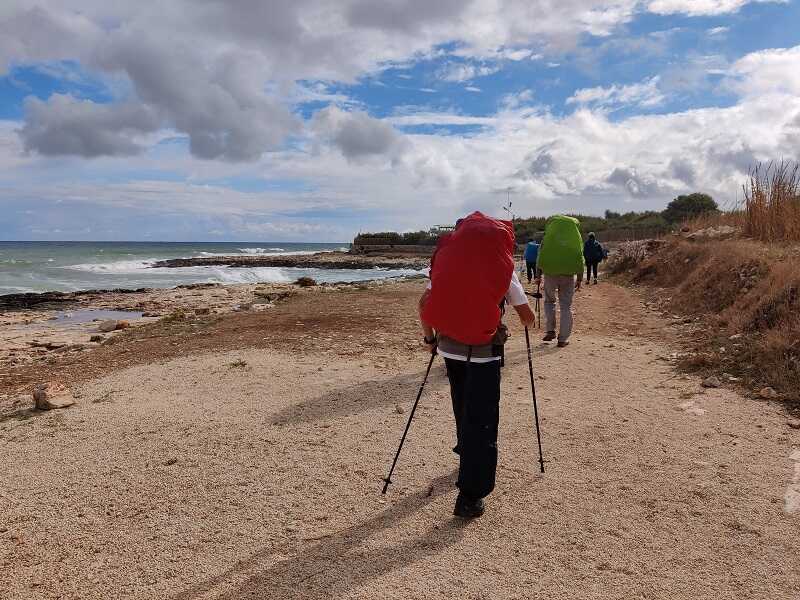 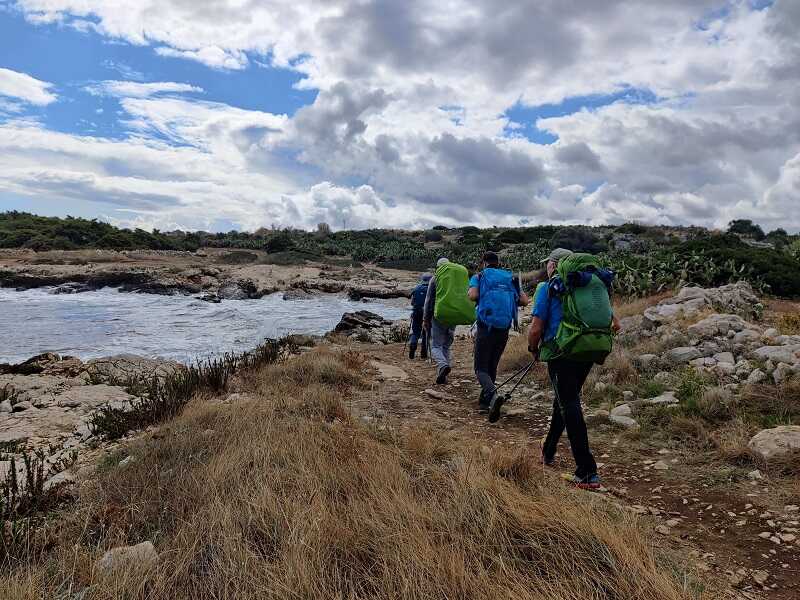 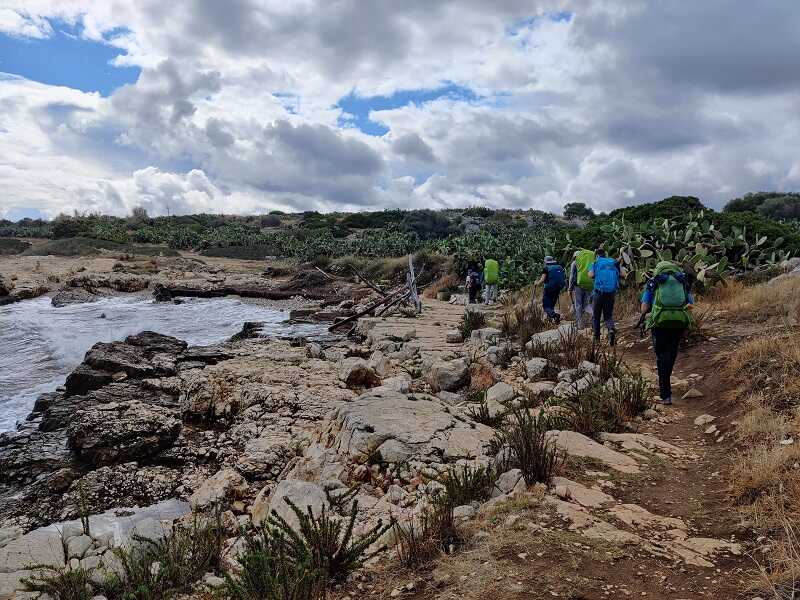 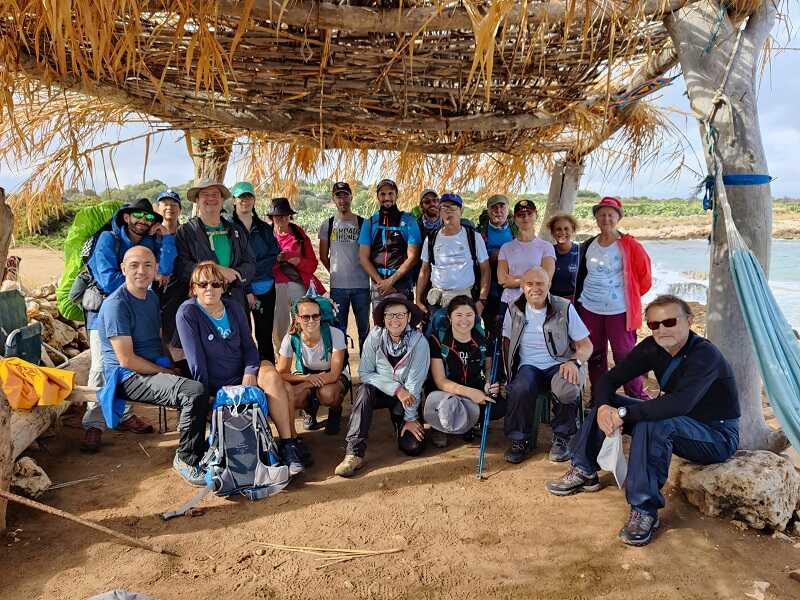 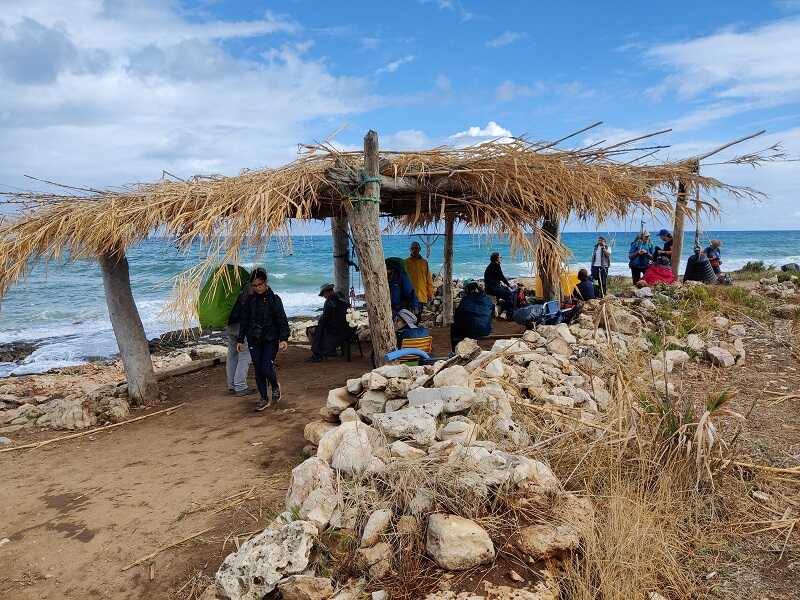 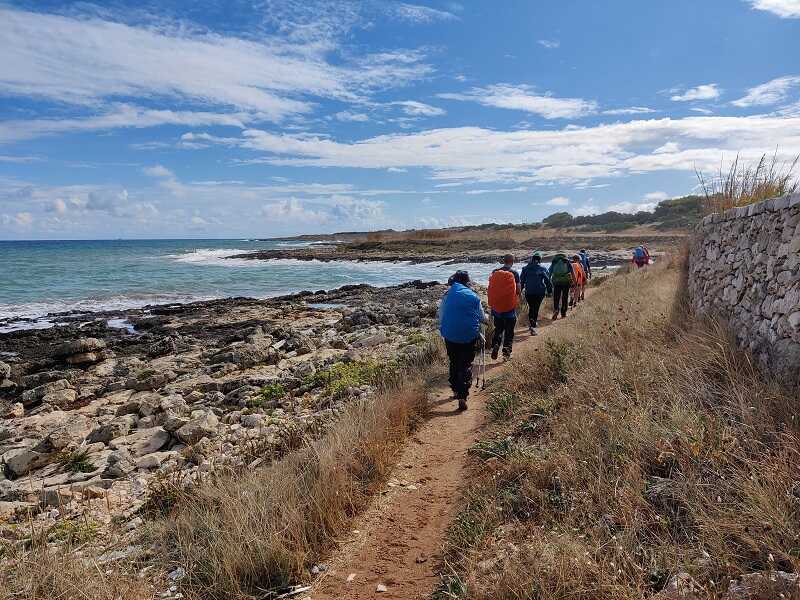 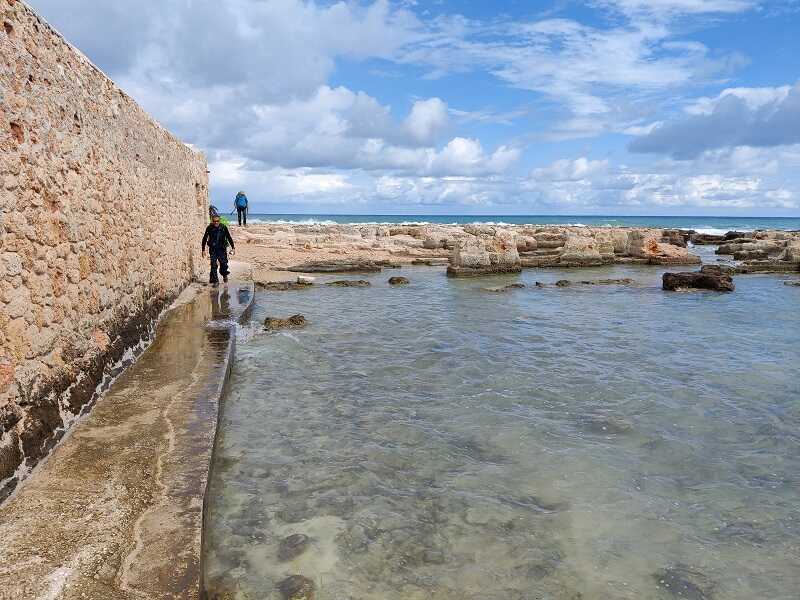 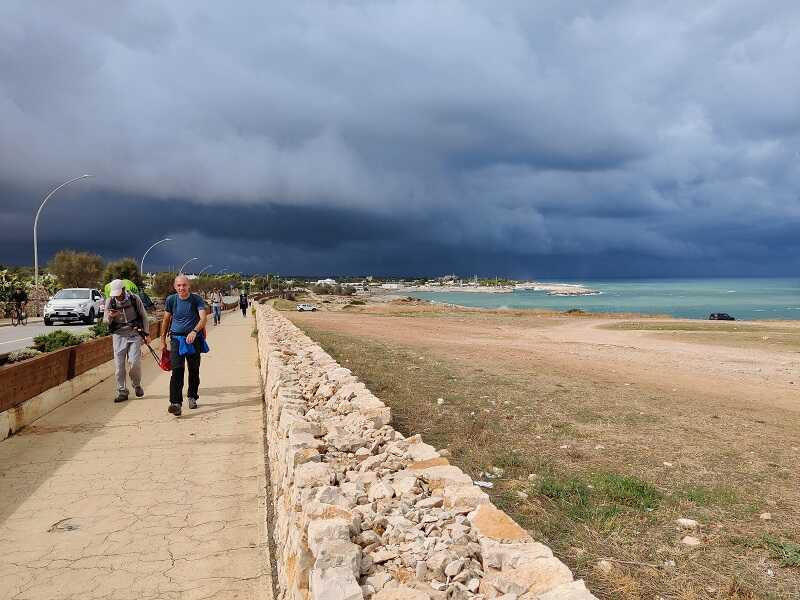 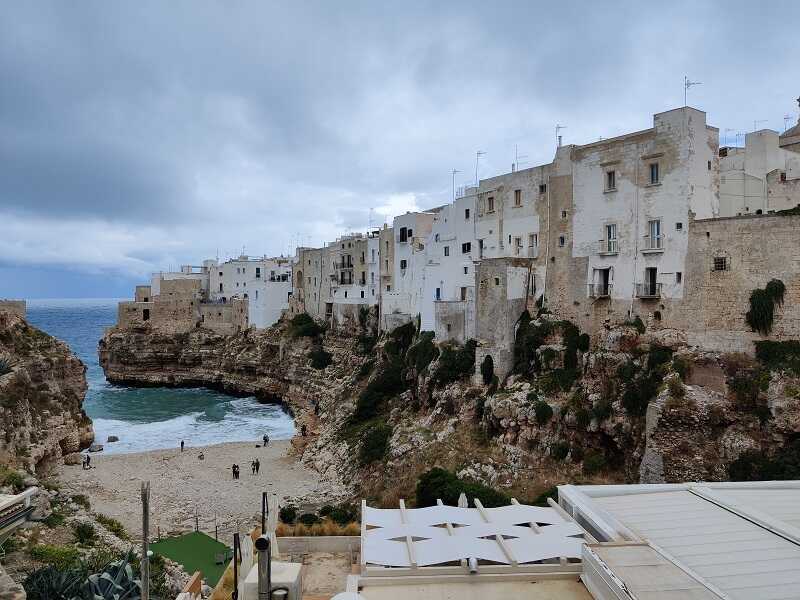 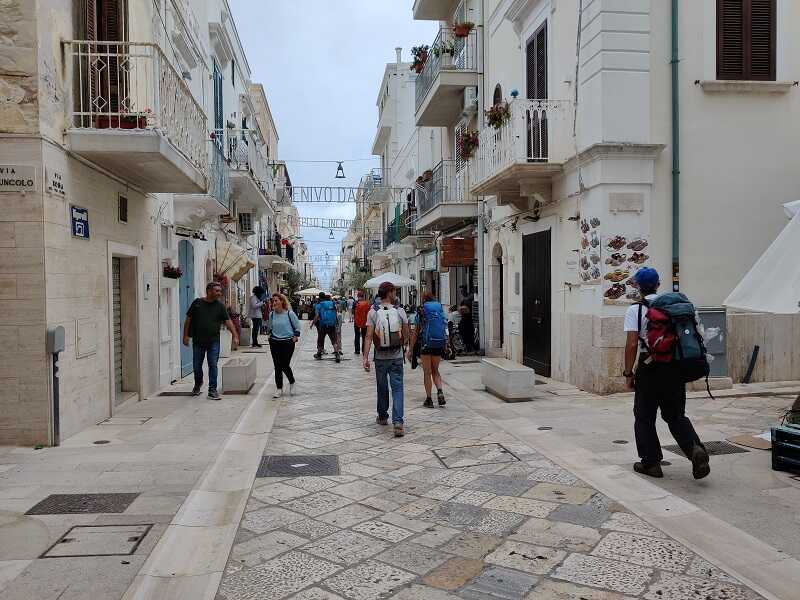 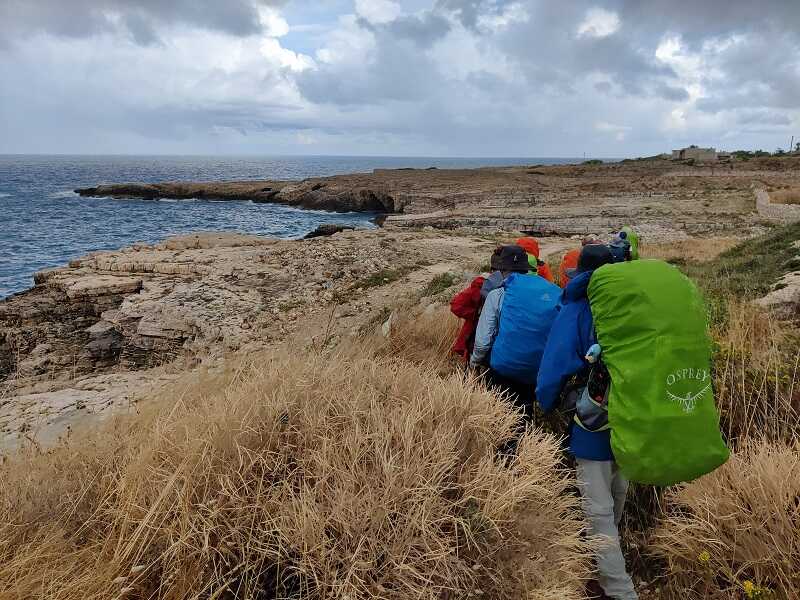 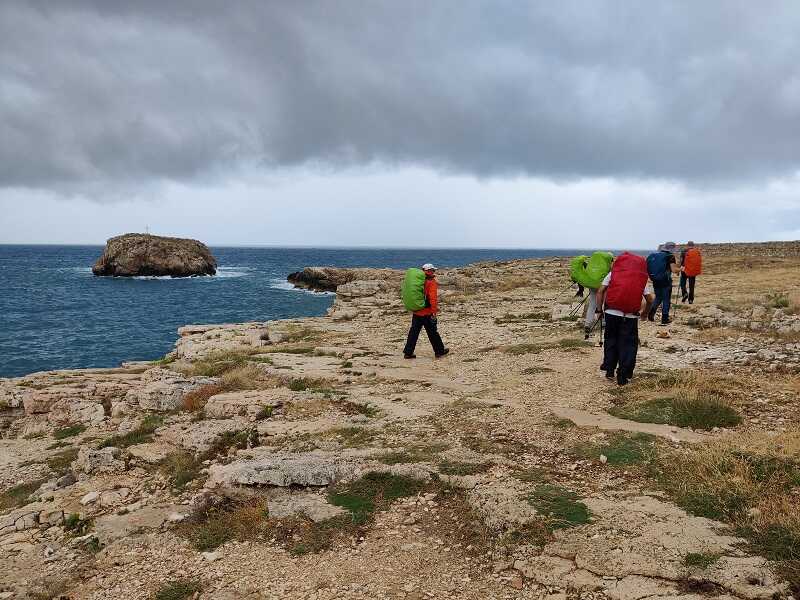 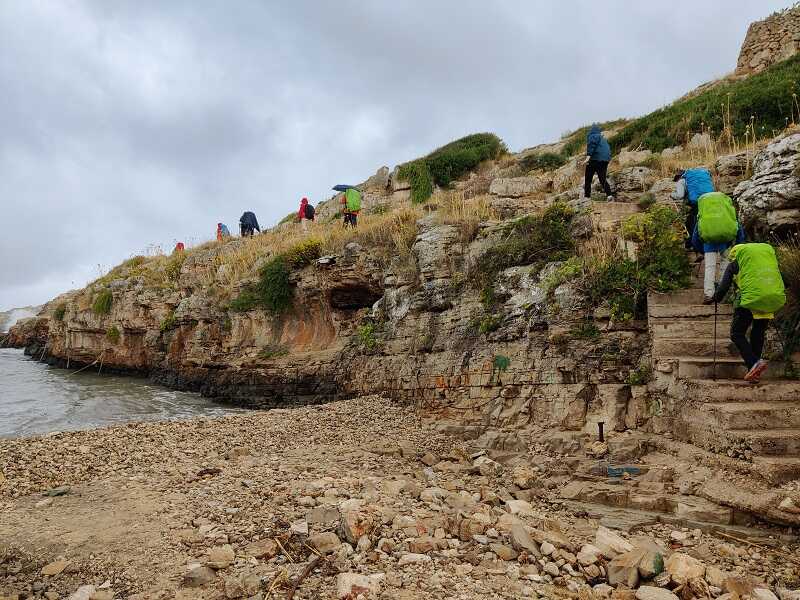 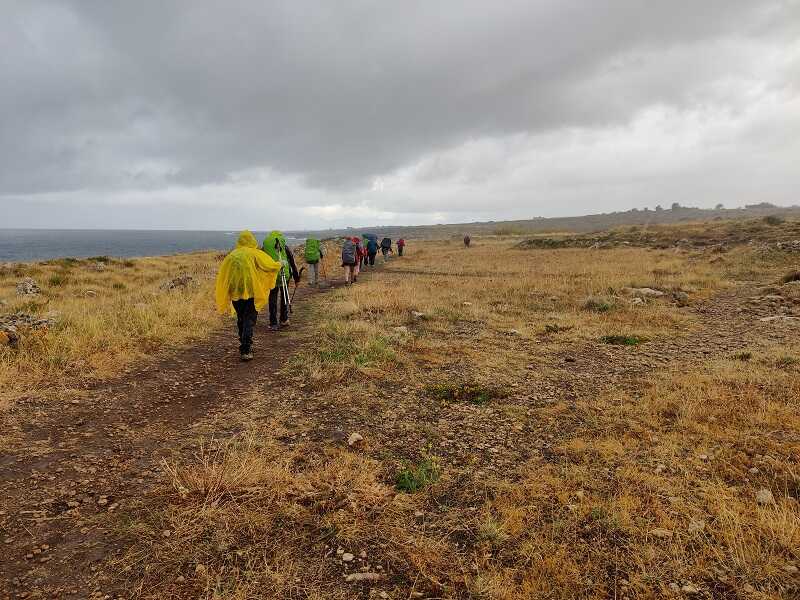 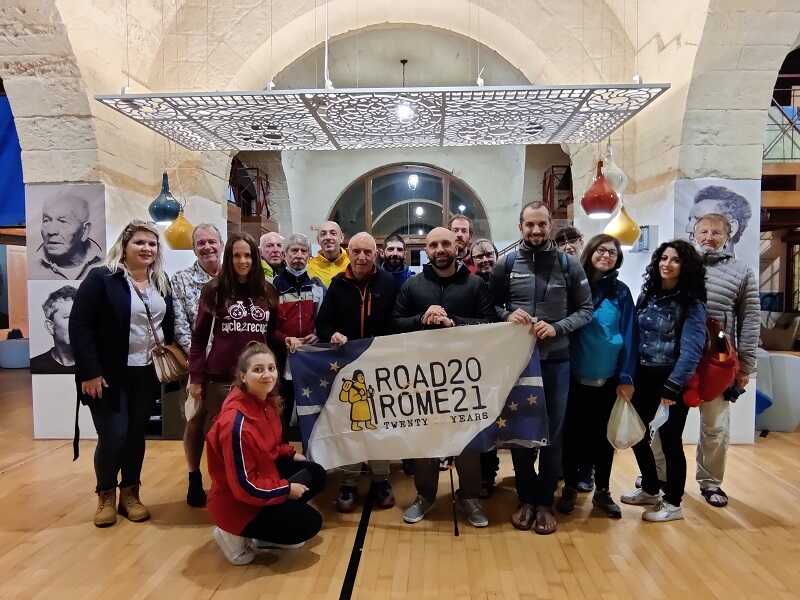