Day 100 – Canosa to Ruvo di Puglia: the sweetness of the hills under a warm Southern sun

Our departure from Canosa marked day 100 of Road to Rome, as well as the very last cycling stage of the event. Today, differently from the last few days, we were a small group of only three cyclists, which is why the day was very calm and relaxing.
Calm, but physically heavier than the last few days, as the route to reach Ruvo di Puglia is a series of ups and downs among the hills. The landscape really pays back for that effort – the landscape changes drastically: from plowed fields and cereal and cabbage cultivation, we now cycle through vineyards, olive trees and fruit trees which extend to the horizon. I felt like I wanted to stop here in the countryside until sunset, and along the way I picked some super tasty grapes from the vines, keeping my sugar levels high.
Our first stop was in the town of Andria, where we had an institutional meeting with mayor Giovanna Bruno. She seemed sincerely interested in contributing to the development of the Via Francigena and the hospitality structures available in the territory of Andria, on the basis of the guidelines shared by Angelofabio Attolico, regional referent for the development of the Southern Via Francigena, and Rosa Anna Asselta, President of the Via Francigena Canosa di Puglia association. This meeting left us with an optimist feeling for the future of the route in this area!
We then visited the famous confetti shop Mucci. This confetti shop has been a symbol of the city of Andria for over 4 generations and contains a little museum where we could learn all about the process of confetti making. We discovered that confetti exist since the Roman era (and had some yummy tastings)!
With our sugar levels high again, we got back on our bikes in the direction of Corato. This section of the stage was not so beautiful, and some sections of the gravel road challenged our bikes: again we ended up with a flat tire because of the spiky thorns of the bushes that grow here, which I spoke about in the last blog. Yet we were only missing a couple of kilometers, and Sara decided to inflate the tire and have a speed race into Corato to get there before it deflated again.
In Corato we were welcomed by municipal administrations and by mayor Corrado Nicola de Benedettis, as well as the Pro Loco Corato association. They had prepared a special paper for the passage of the Road to Rome, stamped our credentials, and offered us a delicious buffet with Apulian specialties (friselle with cherry tomatoes, panzerotti, “mozzarella knots” and a thousand other delicacies). Here we had the time to change the tire of the bike in the cool shade and with no rush, before waving goodbye and heading out. From here, we departed for our final destination for today: Ruvo di Puglia. This section is very scenic and passes through century-old olive trees surrounded by beautiful and traditional dry-stone walls.
When we entered Ruvo di Puglia we had the feeling there was nobody around (it was lunch time, after all), but just behind the corner, at the train station, were many enthusiast people waving at us. These were members of local associations Pro Loco Ruvo, Unpli Puglia and Lyons Ruvo di Puglia Talos. With them we moved to the beautiful historical center, and (again!!) had a buffet organized by the associations to refill our energies.
After a shower at our accommodation, Mario, our super-skilled guide, gave us a tour of the historical town of Ruvo. We visited the awesome “Concattedrale di Santa Maria Assunta” and the Jatta Museum, which is famous for the Talos Vase that it contains. The vase depicts the story of the killing of giant Talos, defender of the Island of Crete.
In the afternoon, our key social media channels were blocked for many hours, up to late in the evening. This episode made me think about the amount of time we spend with our phone in our hands, and the block seemed to be a blessing for me to really enjoy a great evening in Ruvo, strolling around its white streets, enveloped in a newborn fresh breeze.
I want to thank, on top of all the people who welcomed us today, also Alpek Bike, which provided our bikes along the Road to Rome and up to here. Starting from tomorrow, we will all be walking in our hiking shoes up to Santa Maria di Leuca!

HIGHLIGHTS
– Fruit-based breakfast, directly harvested from the trees
– The beauty of the hills under the sun of October
– Spending a thoughtless evening in the stunning historical center of Ruvo di Puglia 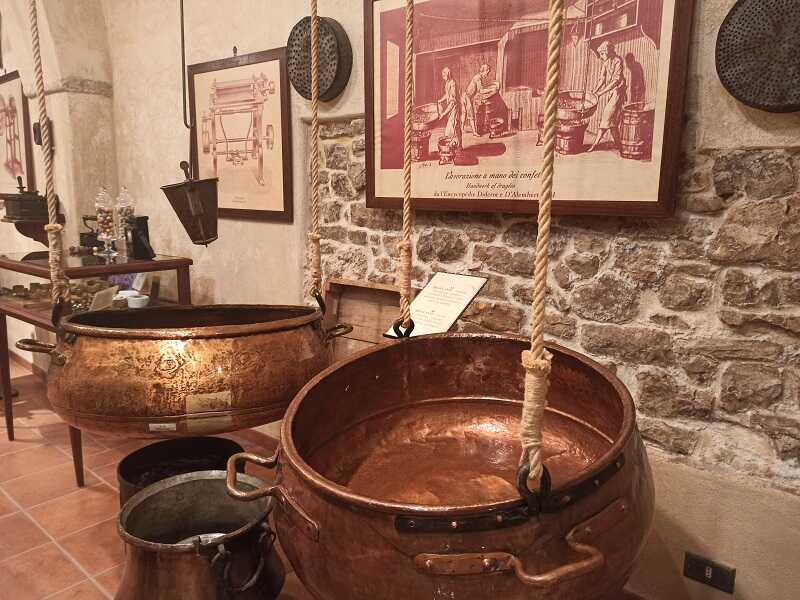 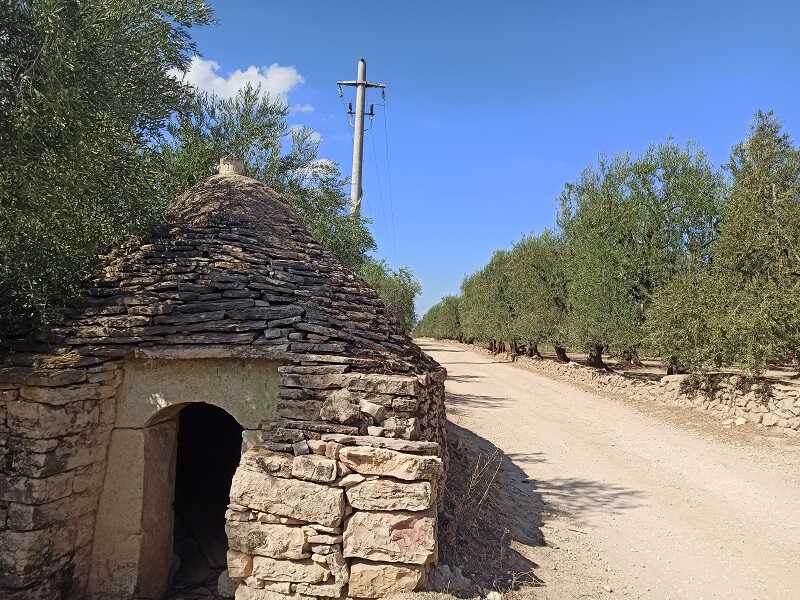 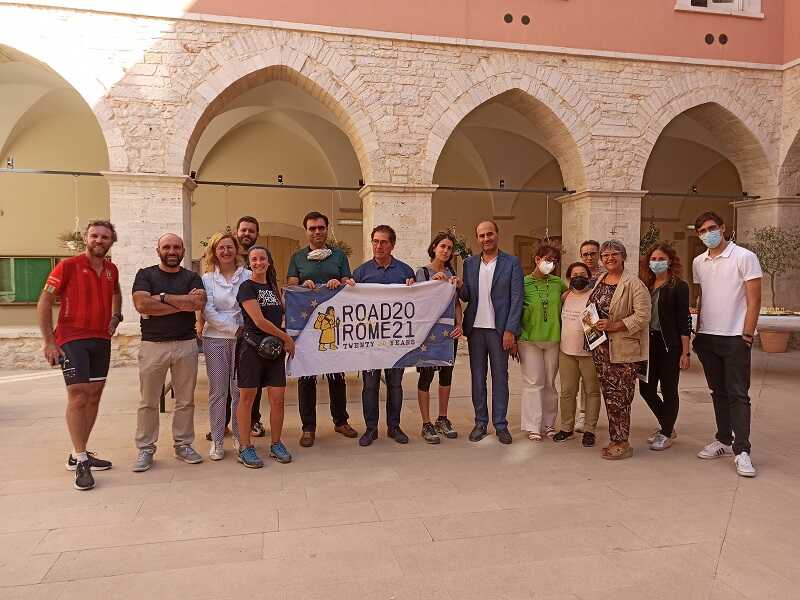 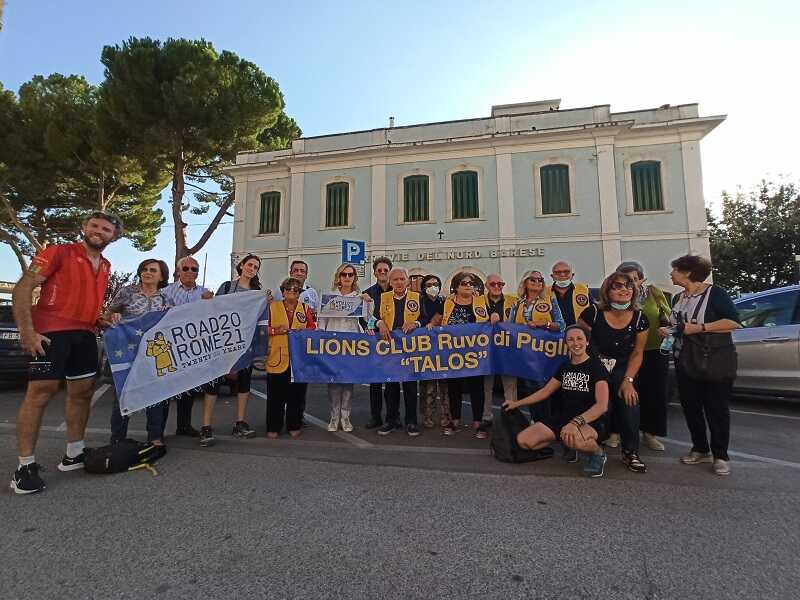 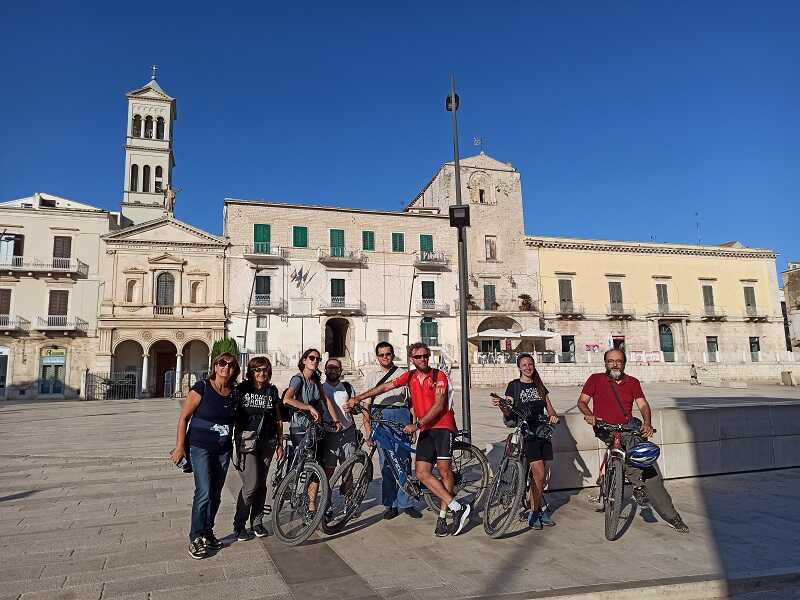 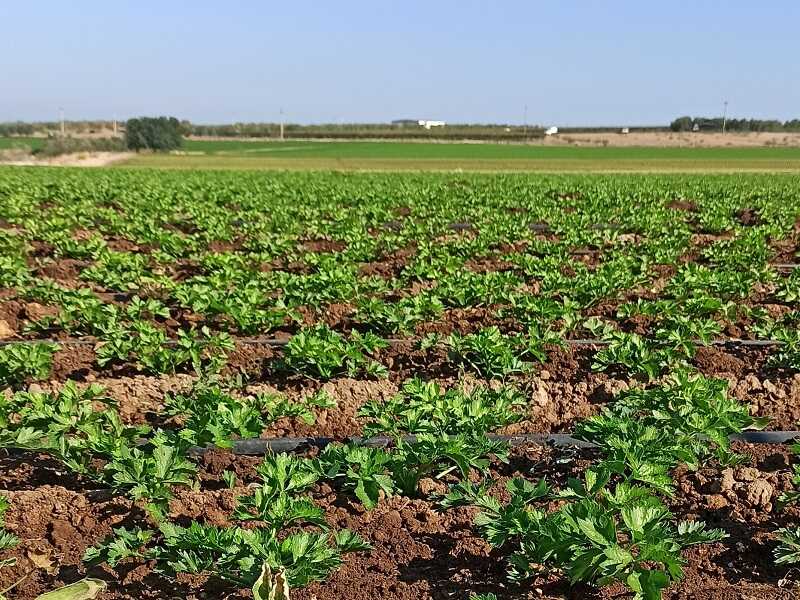 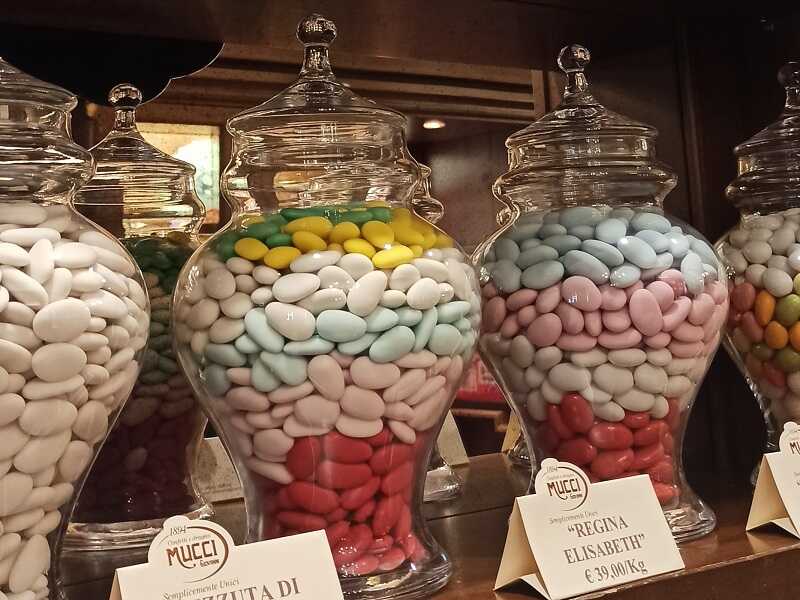 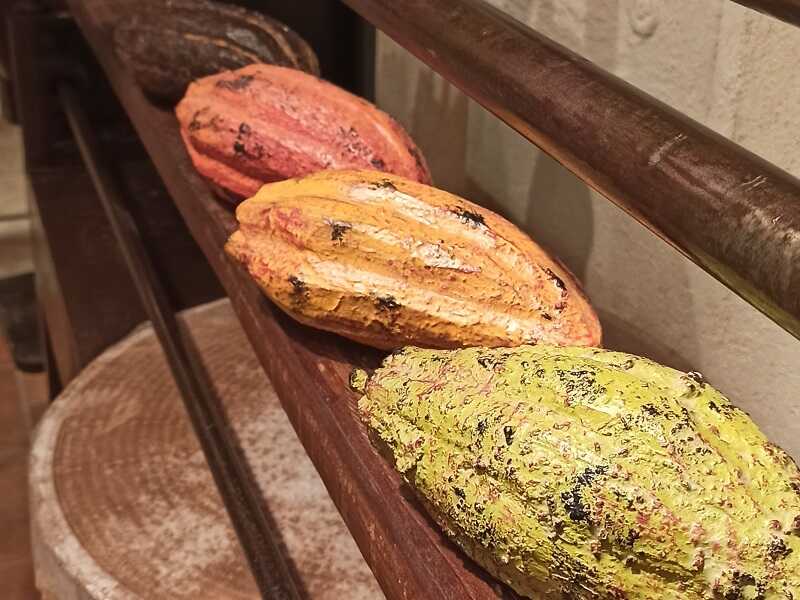 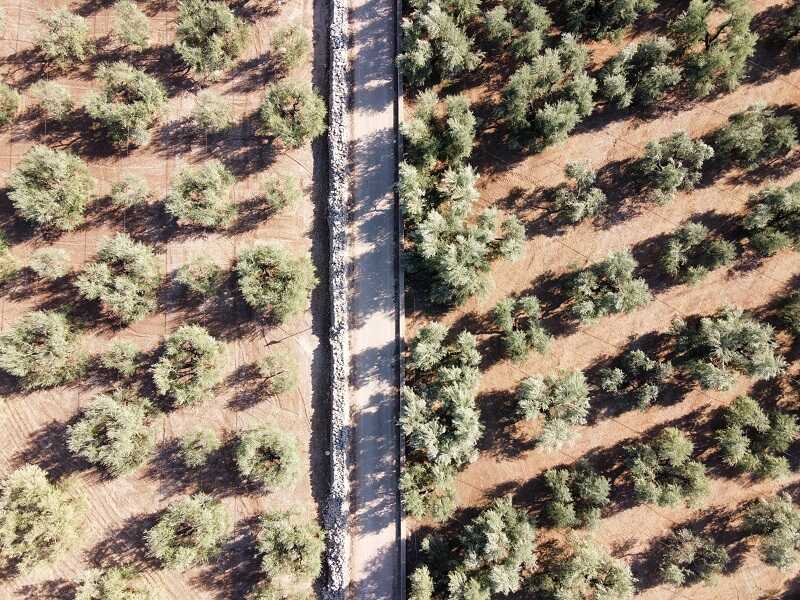 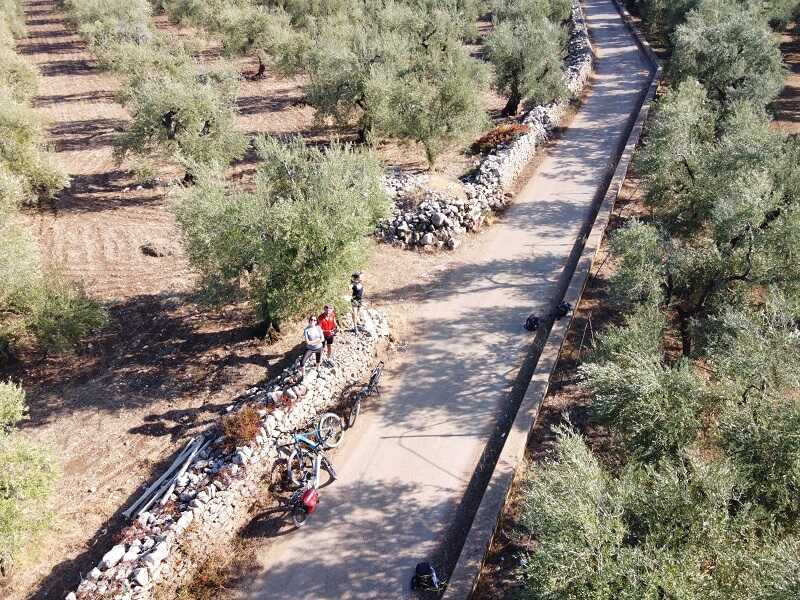 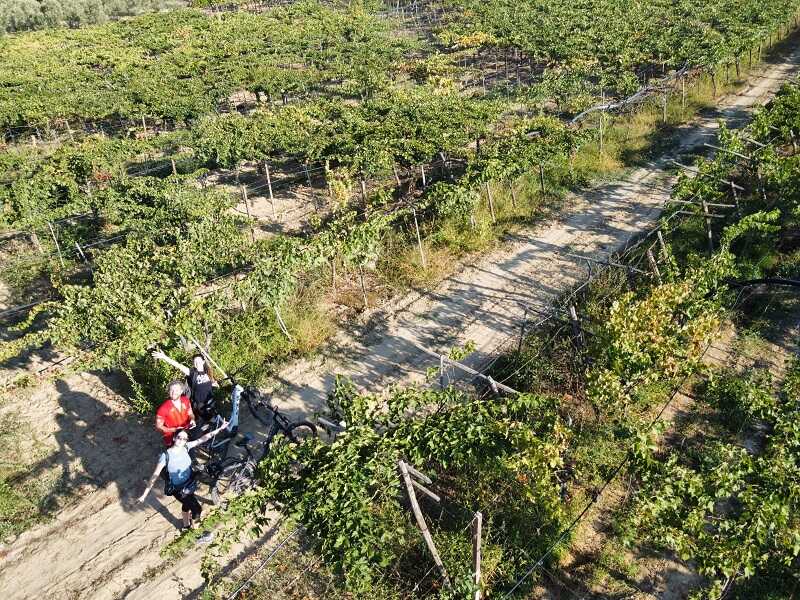