Via Francigena and the Sustainable Development Goals

The Via Francigena has been a supporter of sustainable development throughout history. The route has existed for centuries, has shaped its surrounding environment, and has impacted the well-being of people and communities along its path. These are strong indicators that sustainability is an intrinsic quality of the VF: as the World Tourism Organization (UNWTO) highlights, sustainable tourism must take full account of its current and future economic, social and environmental impacts.

The Via Francigena today merges the positive impacts of proximity tourism with those of slow travel to create a sustainable development model. On the one hand, it supports traveling in rural areas, boosting local economies and cultures while contrasting mass tourism trends focused on few overexploited destinations. On the other hand, slow tourism is virtually carbon-neutral, as it avoids polluting transportation while prioritizing local habitats and communities. See our webpage on sustainable development for more details.

It feels rewarding to see that these values are now globally shared and recognized. Amid the urgent call for sustainable development, the United Nations (UN) Member States sat together in 2015 to define a global political agenda divided in 17 Sustainable Development Goals, also known as the SDGs, which are to be pursued until 2030 and then reviewed. The historical impact of the Via Francigena on its surroundings is today acknowledged and prized by these official goals, and the European Association of Via Francigena ways (EAVF) is actively developing the route and all related activities in a manner that is coherent with these globally shared priorities. 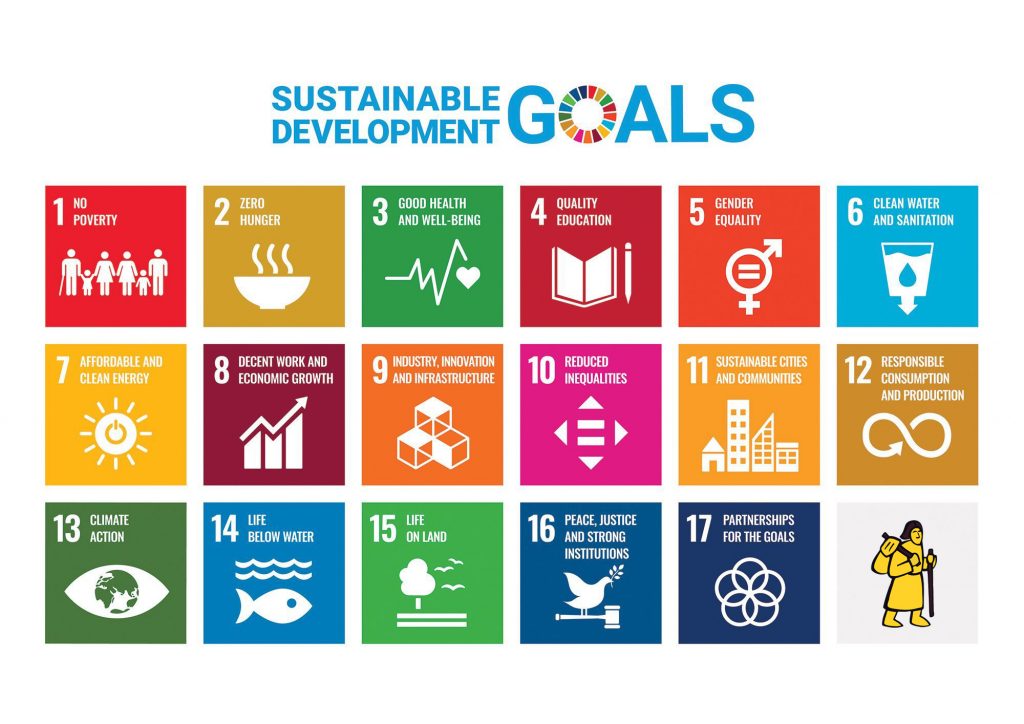 In the context of tourism, it is easy to see the Via Francigena and its association at the center of the SDGs, as an all-encompassing model for sustainable development. Before the pandemic, tourism was the third highest world category in export earnings, representing 10% of world GDP, 30% of services exports and 1 out of every 10 jobs in the world, and the entire sector is currently responding to restrictions in order to achieve these results once again. This represents a new opportunity to start with the right foot: tourism has the potential to contribute, directly or indirectly to all of the goals. We wish to highlight a few of the SDGs upon which the Via Francigena has the strongest impacts, sharing a model and some best practices for the development of sustainable tourism. 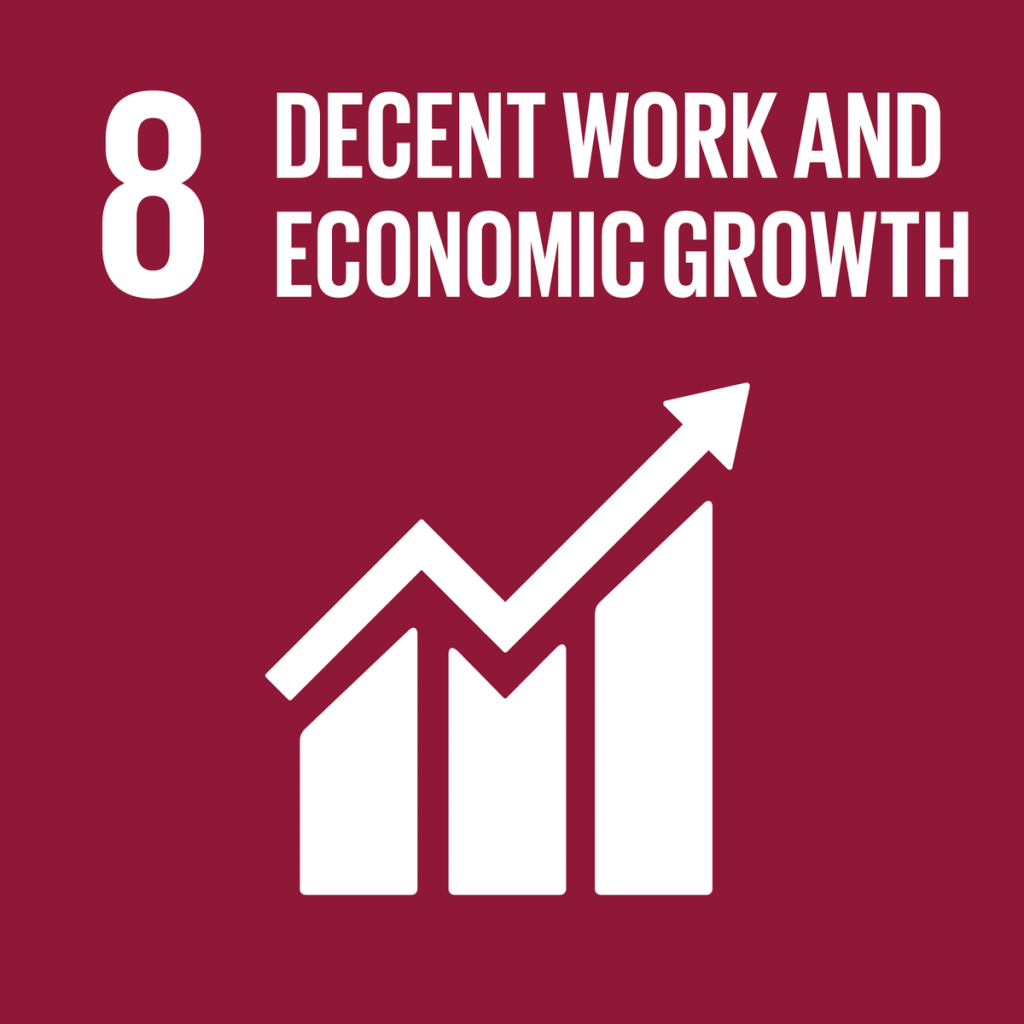 Within this goal, target 8.9 highlights the contribution of the VF and its association: ‘devise and implement policies to promote sustainable tourism that creates jobs and promotes local culture and products’. Indeed, the EAVF acts as a promoter and policy-maker in the economic and sociocultural development of the Via Francigena. The official target is quantified through 2 indicators: the GDP growth that links directly to the tourism sector, as a proportion of total GDP of the territory, and the number of jobs in tourism industries, as a proportion of total jobs and growth rate of jobs. This employment indicator also explicitly refers to gender equality, counting the number of jobs given to each sex.

The flow of pilgrims along the Via Francigena creates benefits for local communities and their economies. This is highlighted in many statistical analyses: EAVF’s collected data highlights the positive financial impact of the Via Francigena. Furthermore, an in-depth study by IRPET (Regional Institute of Economic Planning in Tuscany) demonstrated in detail how the Via supports local development in rural areas in the region of Tuscany, Italy. One by one, travelers revive local economies and allow rural settlements to stay lively, whereas they would otherwise risk becoming ‘ghost towns’ forgotten by businesses and institutions. A wide range of facilities in such areas (let it be accommodation providers, grocery stores or cafés) are benefited by the amount and frequency of walkers and cyclers passing by. Diversified income and employment in the tourism sector, including facilities of all types, will grow thanks to the continuous passage of pilgrims.

EAVF’s members and partners are taking centralized action to maximize local economic benefits for facilities and service providers: the most recent example is the Sosta&Gusta initiative, that promotes local typical gastronomy along the entire Italian section of the Via since 2017. Through this project, visibility is ensured to all gastronomy and restoration providers along the route (with an official limit of: within 1 km from the path, for walkers; within 5 km from the path, for bikers). 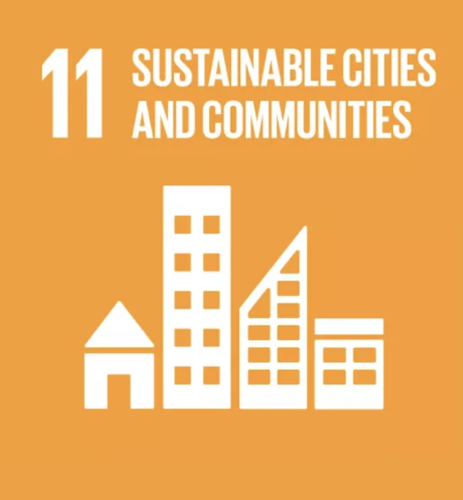 A key target within this SDG is target 11.4, that pushes to ‘strengthen efforts to protect and safeguard the world’s cultural and natural heritage’, a tailor-made target for EAVF’s current mission. Slow tourism allows for greater social and cultural exchange between locals and travelling visitors, setting the conditions for a deeper interaction and a greater understanding of regional cultural heritage. While travelers discover cultures and territories, locals have a chance to learn and connect with foreigners, who have unusual stories and experiences to share with them. Pilgrims can visit historic, religious, architectural and monumental sites that are not on the common tourist tracks. Valorizing such heritage is the focus point, for example, of the European Horizon project rurAllure (2021-2023), of which EAVF is a partner. The project allows to promote and boost the attractiveness of cultural heritage in rural areas along the VF, heritage that is, at the same time, the most authentic and the most forgotten by mass tourism routes.

The Via Francigena, however, does not only go through rural areas and villages, but also through large urban areas, in which it has a key role as a ‘green corridor’. Target 11.7 frames the current and increasing contribution of the Via to urban sustainable development, as it claims that we should, ‘provide universal access to safe, inclusive and accessible, green and public spaces, in particular for women and children, older persons and persons with disabilities’.  In Emilia-Romagna, in Italy, the most recent variant was added to the VF in 2020, following the eastern bank of the Taro river (Parma, Collecchio and Fornovo di Taro), with its natural heritage along the riverbanks. The crossing of the VF route allows Parma’s city dwellers to find an easy and quick access to nature, which is essential for the resilience and sustainability of large human settlements. Urban routes function as getaways and give citizens the possibility to connect with the wild landscape that surrounds them.

Awareness and connection with nature have an essential environmental impact, as they affect our values and beliefs, and ultimately all of our actions. Projects with members and partners along the Via Francigena contribute to raising environmental awareness. One example is the city of Besançon, along the French Via Francigena, that gives a great example of valorization of the local environment. The National Botanical Conservatory of Franche-Comté, in collaboration with the Grand Besançon Metropole, is publishing a chain of environmental guides to the provincial section of the route, called ‘Biodiversity along the Via Francigena’. The guides invite the traveler to keep an eye on tree and plant species, animal traces, the changing of seasons, and the natural phenomena that shape the local ecosystem.

SDG n.17: ‘Partnership for the goals’: ‘strengthen the means of implementation and revitalize the global partnership for sustainable development’.

EAVF’s key role and activities are the creation of partnerships and the mediation and harmonization of interests of a large number of stakeholders. EAVF has more than 200 members and has partnered with other municipalities, provinces and regions. On top of bringing together these public entities, the association also builds relationships with many other associations, academic institutes and universities, small-medium enterprises, and international institutions such as the Council of Europe and UNESCO. Partnership, dialogue and co-creation of projects and results are essential governance strategies for sustainable development. The over 20 years of successful activity of EAVF are continuously proving that this form of cooperation is a win-win solution that prizes all partners, pilgrims, local societies, economies, and the environment. As target 17.17 recalls, we ‘encourage and promote effective public, public-private and civil society partnerships, building on the experience and resourcing strategies of partnerships: data, monitoring and accountability’.

For all these reasons, we are continuously looking to expand EAVF’s network: we are always actively looking for new partnership opportunities with anyone who wishes to be involved in the sustainable development of the Via Francigena.