Italy, Greece and Turkey on Foot 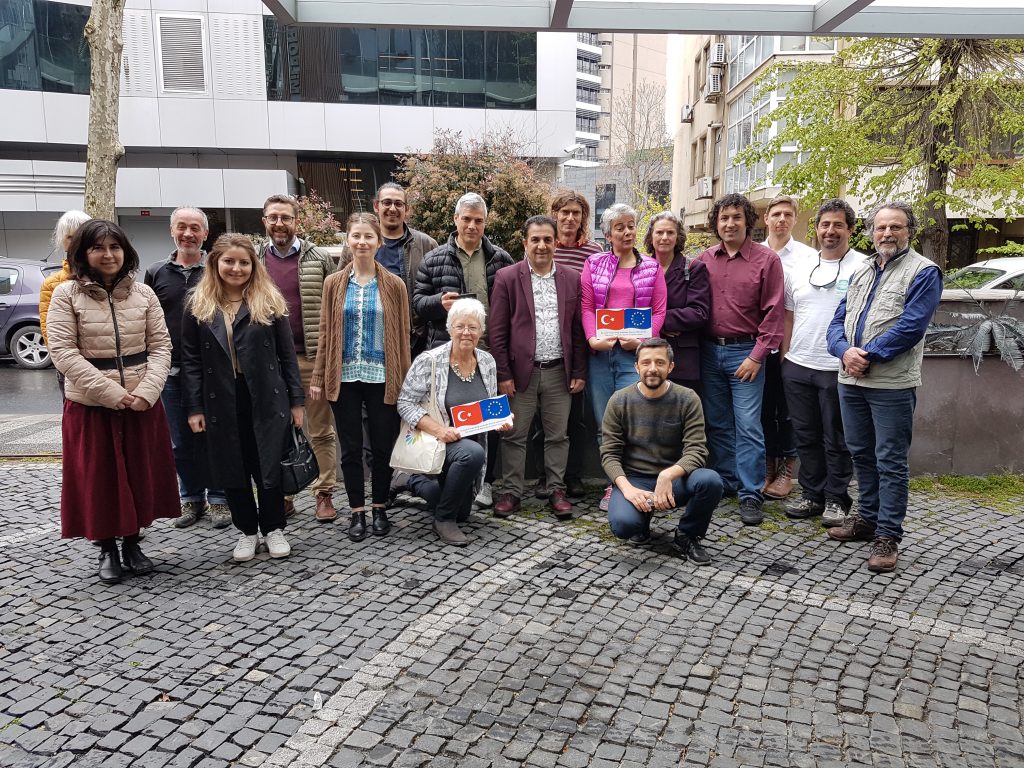 The European Association of the Via Francigena Ways has engaged in an ambitious project of creating a walking route connecting Europe and Asia – Via Eurasia.

The project called ‘Italy, Greece and Turkey on Foot’ is led by a non-governmental organization from Turkey Culture Routes Society (CRS) which associated with the EAVF and an association in Greece Trace Your Eco.

The main objective of the project is to prepare and submit an application dossier to the European Institute of Cultural Routes (EICR) of the Council of Europe (CoE) in order to certify the Via Eurasia as a European Cultural Route of the Council of Europe. The project also focuses on development of strong partnerships and intercultural dialogue among the partners and local municipalities along the proposed cultural route starting in Puglia, crossing Albania, Northern Macedonia and Greece, to Turkey. International cooperation and collaboration with international organizations are key principles of the present activity.

This one year project started on 1 April 2019 under the ‘Civil Society Dialogue V’ programme, financed by the European Union and implemented by the Turkish Directorate for EU Affairs under the Ministry of Foreign Affairs while the contracting authority is the Central Finance and Contracts Unit (CFCU).

The associate organisations include the Sultan’s Trail Foundation, the Via Egnatia Foundation, three municipalities from Turkey (Edirne, İzmit and Bursa’s Nilüfer Municipalities) and the Puglia Region from Italy.

Vision – slow travel on ancient roadways suggests a mantra: ‘take a treasured experience, leave a happy memory’. In other words, travellers on the Via Eurasia can marvel at and share in the cultures they walk through, while leaving locals with happy impressions of travellers from distant lands. read more…

Coordination – in order for the Via Eurasia to be certified, management and scientific reports have to be prepared and be included in the application dossier. Read more…

This project is a spin off activity of the collaboration of the EAFV and the CRS launched in 2016 called ‘Europe to Turkey on Foot Project’. This collaboration aimed to study and disseminate the EAVF’s way of managing cooperation between the EAVF and the  local and regional administrations, as well as service providers, along their 1600km route. It was this collaborative project, now known as the Via Eurasia, that commenced the eastward extension of the Via Francigena and its merger with other route networks, culminating in a sequence of routes right through western Turkey.

Via Eurasia in the magazine “Via Francigena and the European Cultural Routes“ : N 47 and N 48