Luca ed Elena on the road: from the Aigle castle to the Saint-Maurice abbey

Walk from the Aigle castle to the Saint-Maurice abbey, one of the most significant places along the whole Via Francigena.

It is said that after a week of walking our body and mind enter another dimension: no longer of a hiker, but of a pilgrim. This time it happened to me on the 6th day, undoubtedly thanks to the beautiful day on the road that leads to the abbey of Saint-Maurice, founded in 515.

To start from the very beginning today we expected rain in the morning, however, we started walking under a hot sun shining brighly under the sky. Elena joints me today:  great, I won’t walk alone then!

At 8:00 we leave the city center of Aigle behind and after 20 minutrs of walking we pass in front of the castle, which we have already spoken about yesterday. In the morning, with sunbeams kissing the vineyards and the castle in the background, it seems to be a filmset. I would imagine a good shot of Tim Burton with his often fairytal settings, sometimes focused on solitude, frequently embodied by eccentric and extravagant characters. And why not proposing to Burton to make a film about the Francigena? Pilgrims would be excellent subjects to be included in his stories!

In short, this angle of walk is beautiful, it is perhaps one of the most “photogenic” stretches of the Via Francigena; we use this opportunity to take photos that can capture this part of the journey.

With a light head and legs full of energy, we continue to make up for the delay on the road. But here are the first climbs, slowing down our pace. The only thing that increases, are the heartbeats.  We are now at 415m above sea level and in 4 days we have to reach almost 2,500m, sooner or later we have to expect the climb! Ready away, here it is!

After about an hour of well-marked itinerary in the woods, the village of Ollon comes up. The path descends strongly, it is better to continue in a zigzag to ease the strain on tendons and ankles. For the solidarity on the way, I carry Elena’s backpack.

In Ollon we snack – a sandwich with ham, cheese and salad (but I find out they also put some mustard, which I can’t stand!) and a chocolate croissant. The batteries are recharged.

Full speed ahead, let’s move on to reach our goal. In the meantime, Marlene Piron from the Bex tourist office joins us and walks with us for 7km, to the border with the Canton Valais. It is great to share ideas, projects and proposals with Marlene to make the Via Francigena grow.
Thanks to her we learn about local heritage – salt mine, thermal treatments and contemporary art festival.
Her enthusiasm and professionalism are an excellent business card to welcome pilgrims!

We arrive in Massongex, skirting the Rhone river. You cross the bridge and voila, we are now in the Canton Valais. Aurevoir et à bientôt, Canton de Vaud! The last 4 km flow easily even though we are under burning sun (where is the promised rain?).

At 16:00 we are finally in front of the abbey of Saint-Maurice, set as a jewel in the mountain. A place that, by whatever means you arrives, cannot leave you indifferent for its history and beauty. Since the Middle Ages Saint-Maurice has been a point of reference for pilgrims on the Via Francigena and for all those who cross the Alps. We are exactly halfway between Canterbury and Rome.
The Abbey is always open, just enter to feel overwhelming energy and spiritual charge. Do not miss the beautiful Treasure of the Abbey (useful audio guide is included in the ticket) and the archaeological site for a visit of about an hour and a half.
It is also possible to sleep at the ancient Saint-Maurice abbey: a privilege for those who walk on the Via Francigena.

We leave the guided tour and the abbey. Now it’s raining a lot. With a 7-hour jet-leg, the forecasts got us! Will it snow tomorrow? 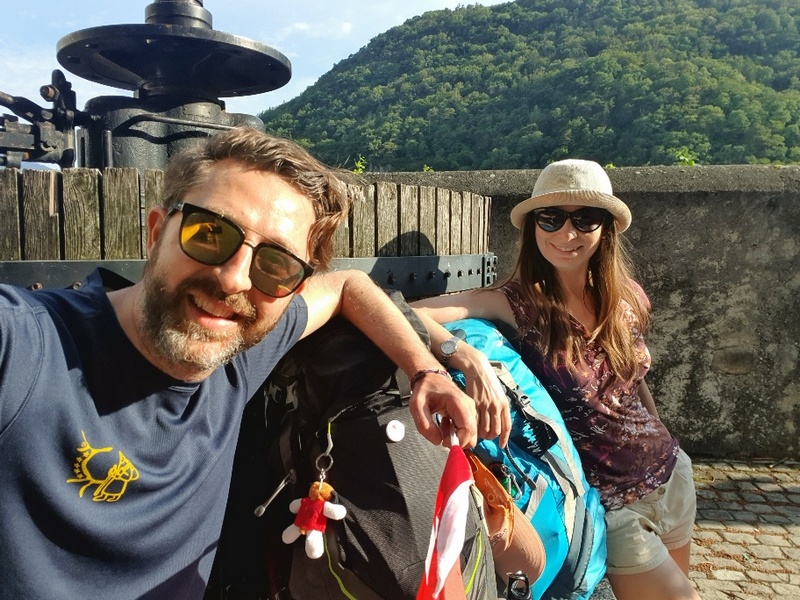 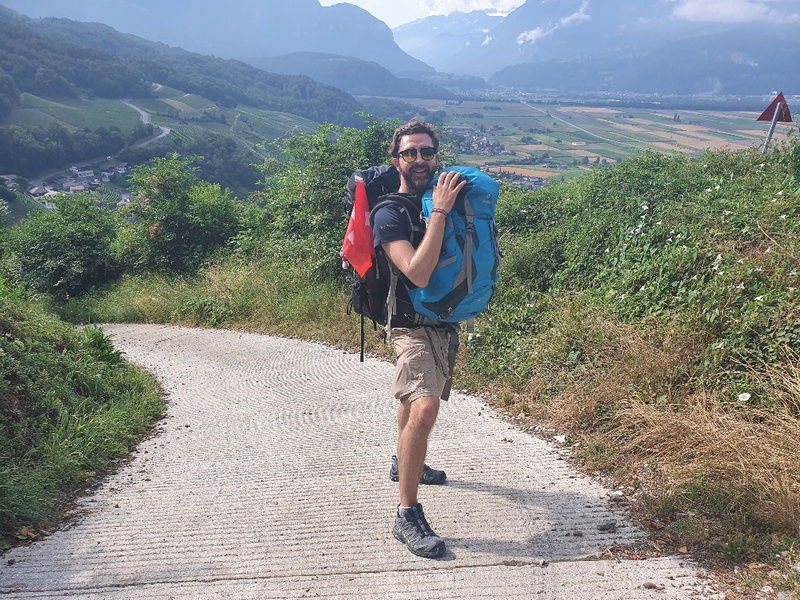 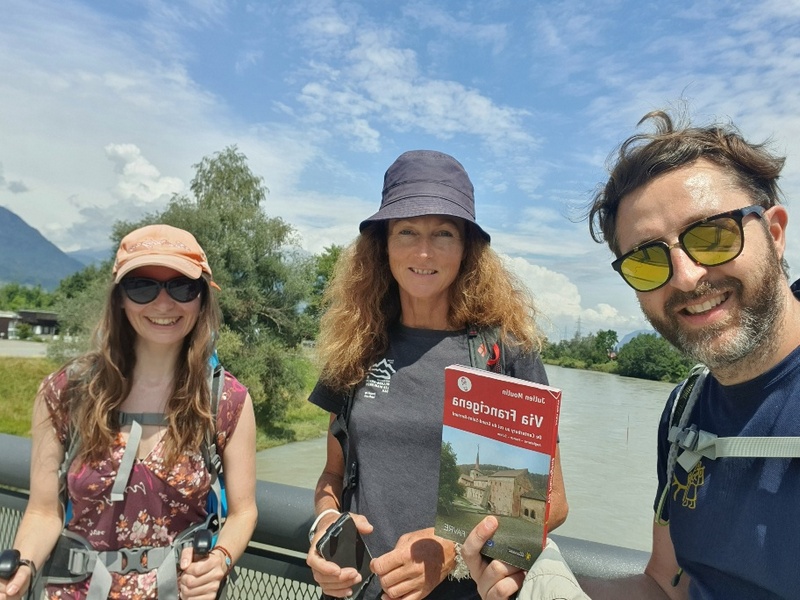