Second stage by bike today for the biking team “Via di Traiano”! It was a challenging day, one of those days where you end the day thinking it was all a dream. In fact, we cycled 65 km stopping in 4 different towns: Stornarella, Stornara, Cerignola and Canosa; in each town we had tours and met up with large groups of locals. Did all of this really happen in one day only?!
To start with, it seemed like the events wanted to impede us from leaving Ordona. A sort of bush plant grows in this area which spreads long and sharp thorns on the streets that easily pokes feet, shoe soles and, of course, bike wheels. So today, once again, we started with a flat tire. This time, however, we handled the situation easily, thanks to a special spray that a biker had which seals the inner tube of the wheel. Today we were another big group! Vittorio Brumotti cycled with us together with a large group of fans and passionate local bikers from Velo Club Stornara and Bike 3 A.S.D. Cerignola associations.
In all four towns where we stopped, we were welcomed by feasts: yummy homemade food, seasonal fruit, music, people in traditional clothes, performances…and, in Stornarella, even a parade of vintage cars honking on their way around the town! In Stornara, instead, we managed to have a brief tour of the superb murals that decorate the streets!
In Cerignola we visited the key locations of the city, including the massive Cathedral of San Pietro Apostolo and the Piano delle Fosse Granarie, used in the past to preserve and stock cereals. We had lunch in Cerignola, at “Terra Aut”, an estate confiscated from the mafia and assigned to the Cooperativa Sociale AlterEco in 2011. Here we tasted the delicious “pilgrim’s bread”, with the famous olives of Cerignola, prepared by baker Nicola Alicino. We’d really like to thank Pro Loco Cerignola and Tuttinbici associations. Tuttinbici brings together many local associations and promotes the use of bicycles in town and for tourism.
The lunch gave us new energies to start cycling again, reaching at once the stunning Roman Bridge at the doors of the town of Canosa di Puglia. It was almost golden hour, with amazing colors coloring the landscape. We spent some time with local citizens who came to the bridge to celebrate our arrival and with the students at the middle school Foscolo, who dressed up in historical clothes. Once again, we were offered lots of fresh fruit which powered us up to conclude today’s stage.
We came to the center of Canosa and, after a quick shower in our accommodation structure, we went to the “Cassarmonica” in the main square of Canosa for an institutional meeting and a formal welcome from the Via Francigena Canosa association, the Pro Loco Canosa and regional and municipal administrations. The students of the Bovio middle school prepared a performance for us and invited us to join into a traditional popular dance, and the square was packed with people…so exciting!
The day was full of surprises, but they were not yet over. We had a special guided tour that allowed us to discover how precious the town of Canosa is: it is in fact one of the focal archeological centers of Apulia, with dwelling tracks that go far behind, up to 6000 years before Christ. Overall, Canosa can show you proof of continuous inhabitance for over 8000 years!!
After visiting some of the key heritage sites, such as the San Giovanni baptistery, our amazing guide Renato concluded the tour by showing us something that left us awestruck: we walked together inside an apartment condo…and at the ground floor we found a perfectly preserved millennial roman “domus”. Yes, an ancient Roman house inside a condo building – if you don’t believe us check out the pictures in the gallery! At the end of the tour, I had the feeling that we had seen only a minimal part of Canosa’s treasures – I really want to go back and I highly recommend to stop for a visit!
We concluded our day with a traditional Apulian dinner: coldcuts, fresh cheese and “orecchiette al grano arso”. I really want to thank Rosa Anna Asselt, President of the Via Francigena Canosa di Puglia association, but also the municipal administrations and the Pro Loco associations of Stornara and Stornarella. Many people participated in making our arrival in Canosa so special: Aldo Patruno, director of the Tourism and Economy department of Regione Puglia, councilor Massimo Lovino, Elia Marro, president of the Pro Loco Canosa association, Nicole Luisi, vice-president of the Fondazione Archeologica Canosina, and mons. Felice Bacco. 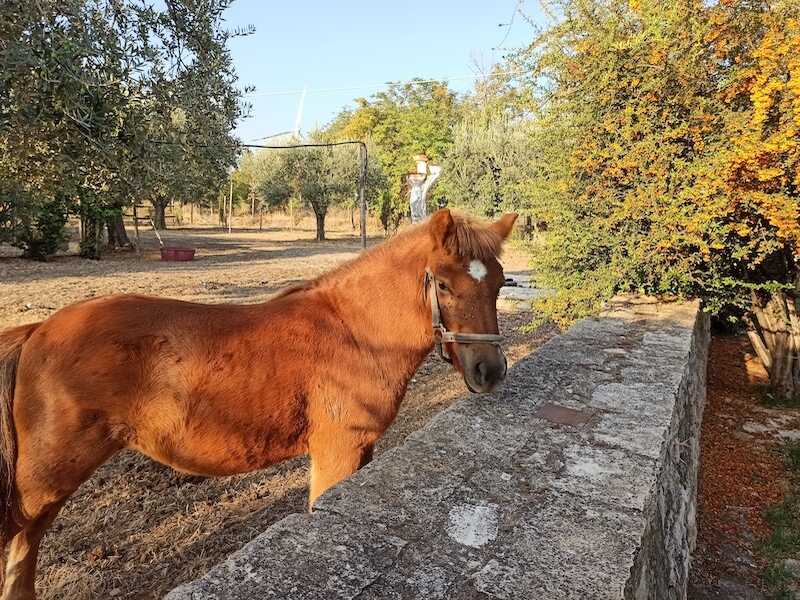 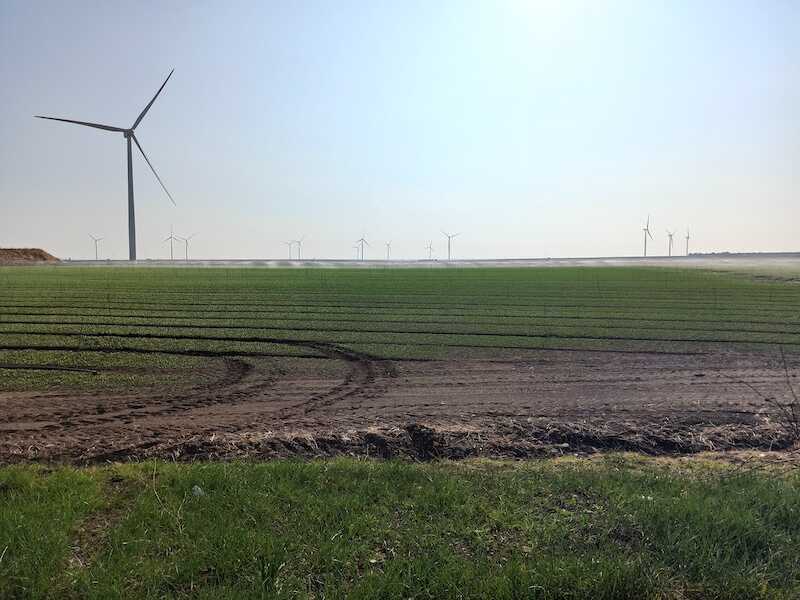 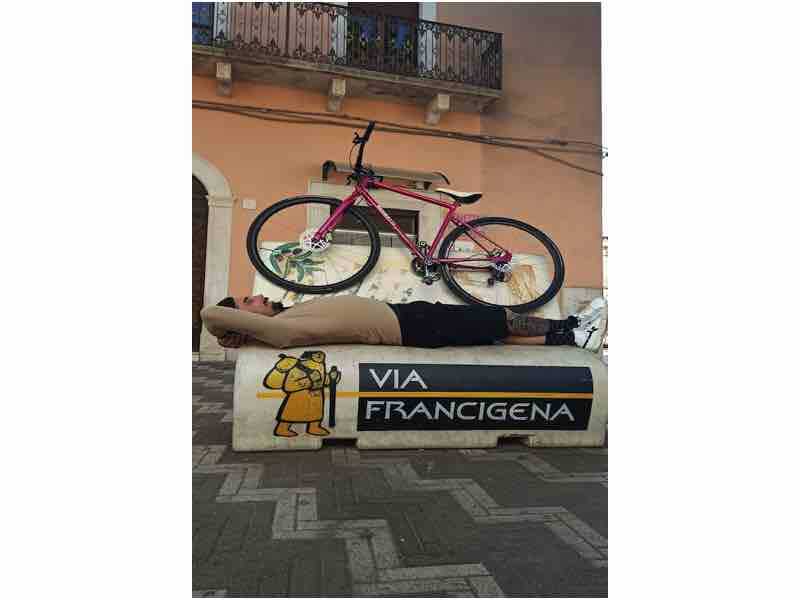 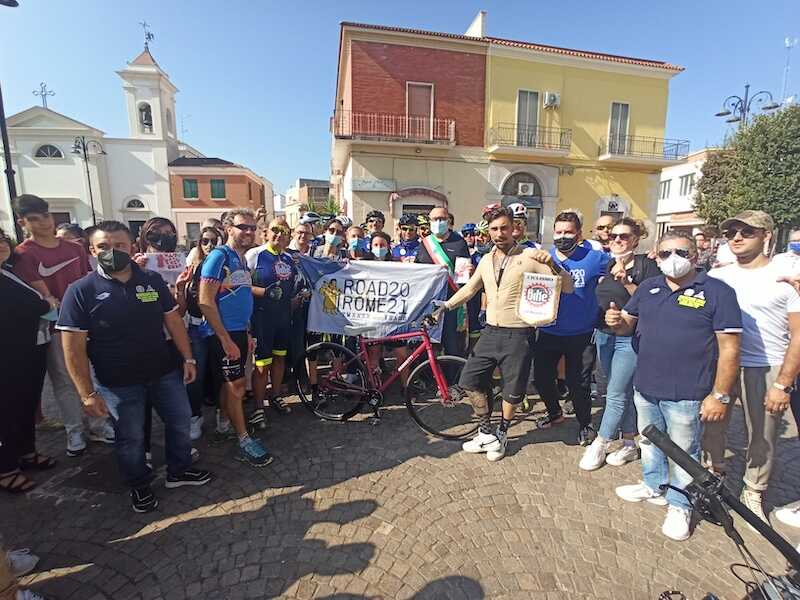 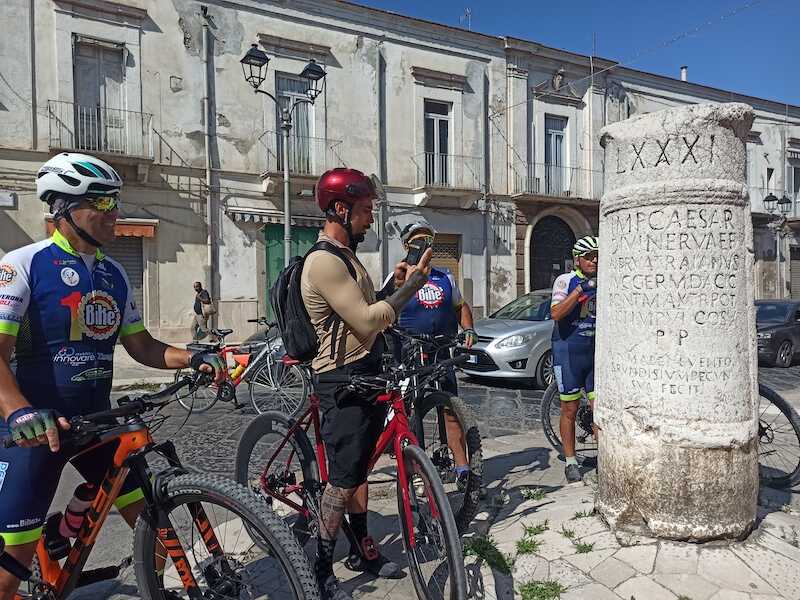 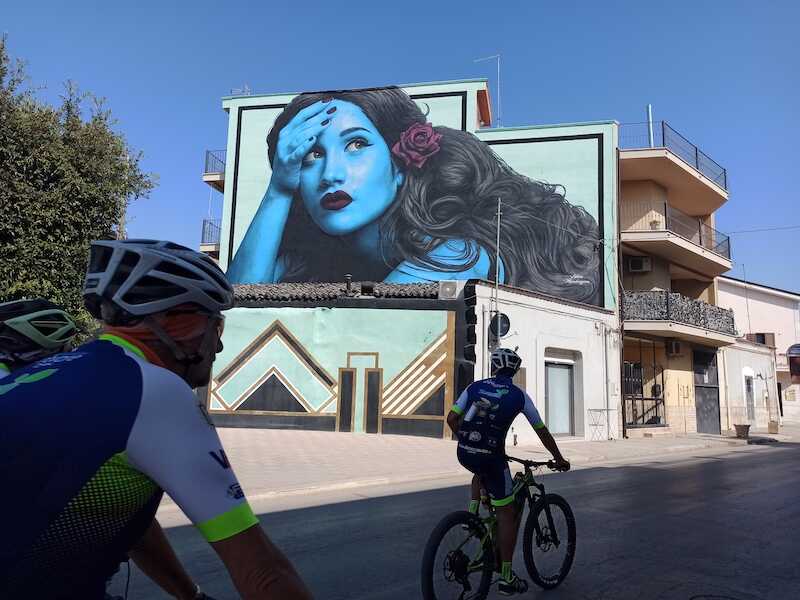 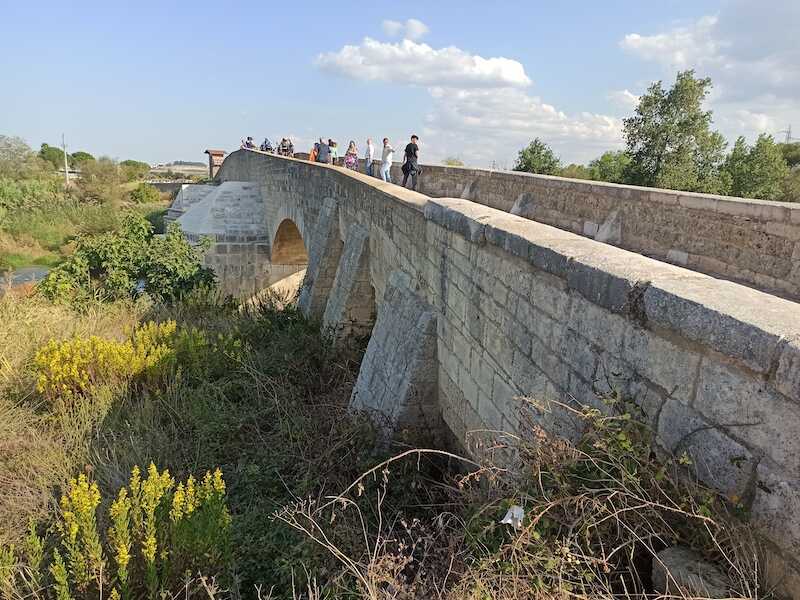 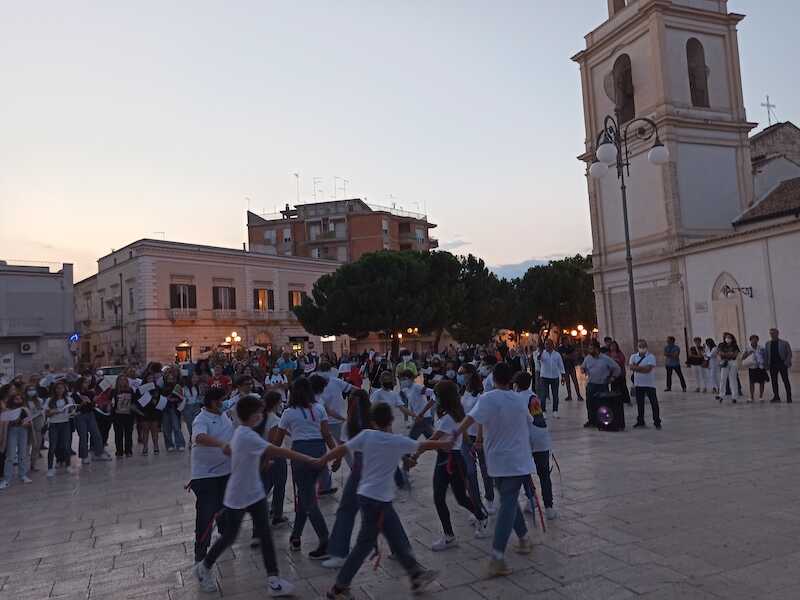 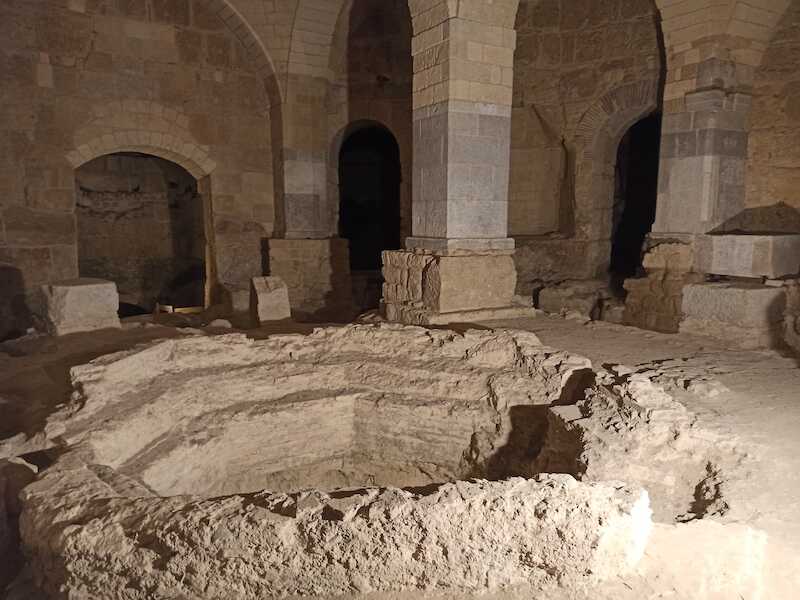 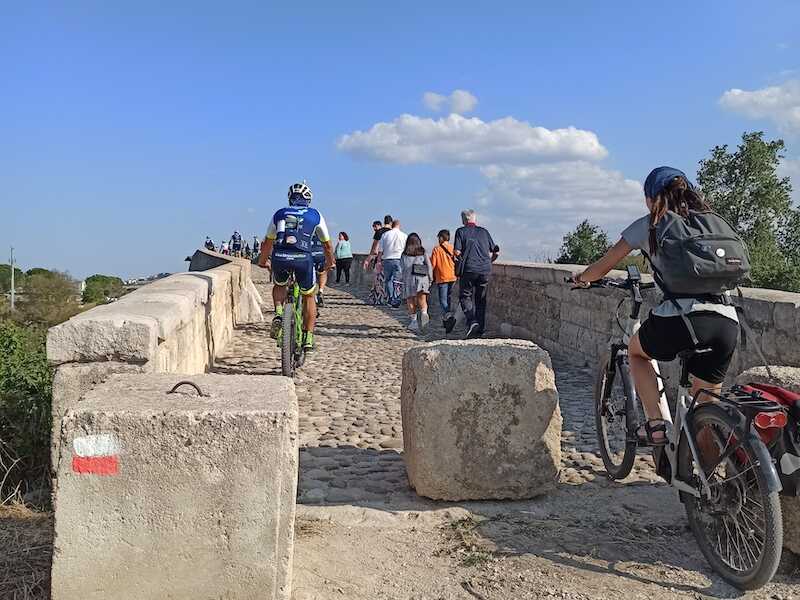 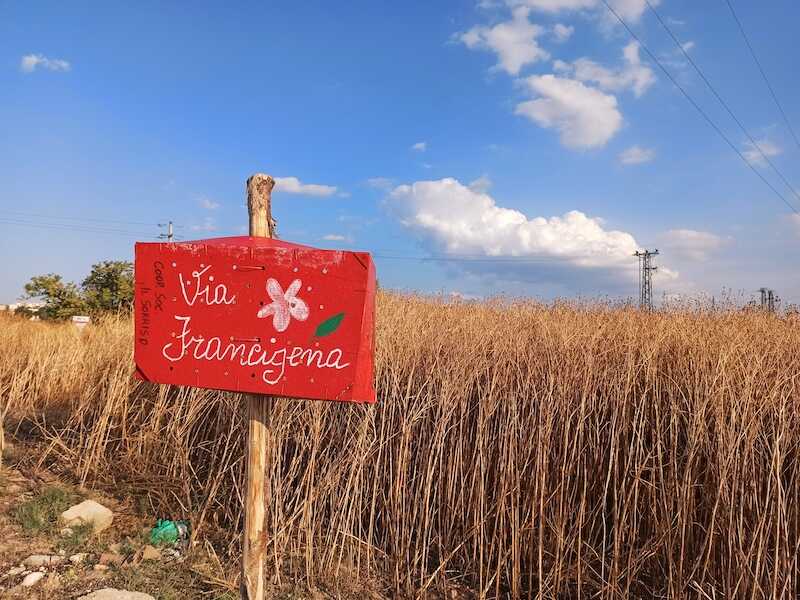 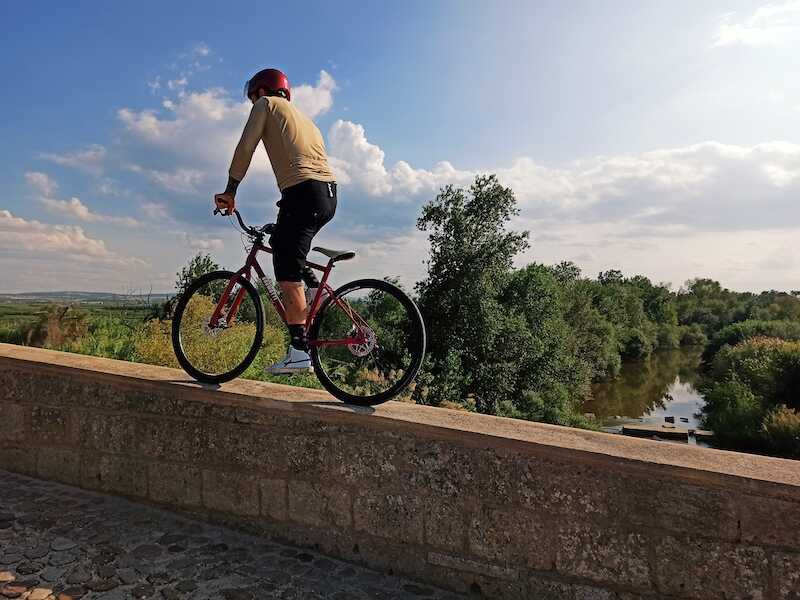 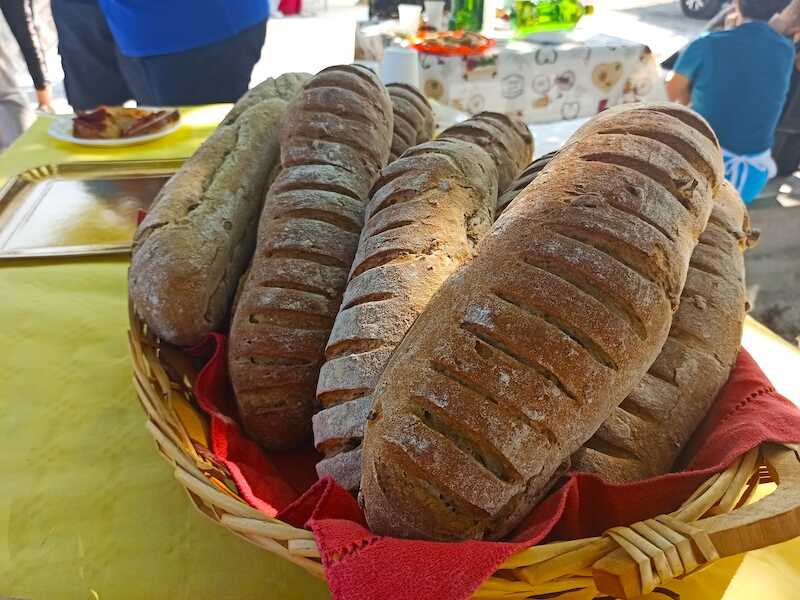 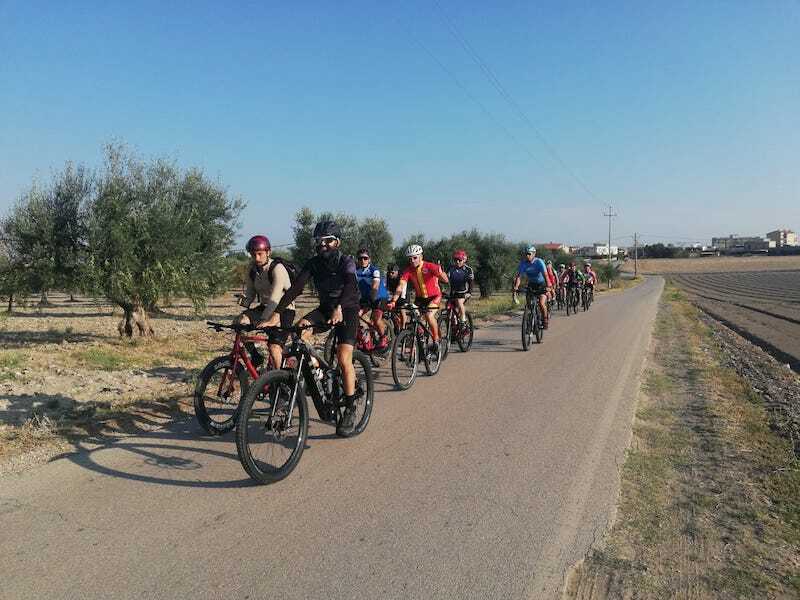