Day 99 (variant Micaelica) – from Lucera to San Severo: a day full of tales, discovering the Daunia

Today the two groups have continued their parallel journeys on the 99th stage of Road to Rome: our group walked the 23km between Lucera and San Severo. It was a rather flat stage, without many ups and downs, except from a small descent that passed through fields and vineyards, with the mountains of the Gargano National Park visible in the distance. Michele de Lilla joined us on the walk today, who is a teacher at the school in San Severo. He explained to us that in the past this area was called Daunia and was populated by the Daunians, who were defeated by the ancient Romans. There are numerous traces of these people still today, most of all in the province of Foggia, but their circle of influence stretched also to Molise, Campania and as far as Bari.

Michele de Lilla also told us about ‘transhumance’ and ‘tratturi’ (paths along which transhumance took place) – two concepts that were completely new to me. I learnt about the movement of the herds of sheep from Puglia to the Apennines which was something that happened in this area in every season. The sheep were herded along these tratturi, subject to the payment of a tax. Today’s stage was all in the sun – we found very little shade, just as we found very little signage, though we continued to stick our stickers where possible so that the pilgrims knew the correct way and where there were some forks along the way. When we got to the halfway point, we were greeted by a group of autistic people who would take us to the centre of San Severo. We had a break in Enopolio Daunio, a project created by siblings Fabiola and Giorgio, who have walked with us from Celle San Vito. The project was initially thought up to promote local wines, considering Fabiola is a sommelier, but it developed into a place to welcome the pilgrims. At the centre we inaugurated the new official Info Point for the Via Francigena, where pilgrims can sleep and request a stamp for the official credentials.

In the evening we met some representatives from the Municipality, with whom we shared an aperitivo at Enopolio Daunio. Local wine, fresh fruit, vegetables and pulses livened up the evening, and I have to say I really appreciated the change in having a light meal, since we have often eaten rather substantial meals! Fabiola and Giorgio are dong a lot for the area, and it’s thanks to people like these two that the Francigena of the South can develop to its full potential, which is truly great, considering the beauty of the area and the warmth of local people. 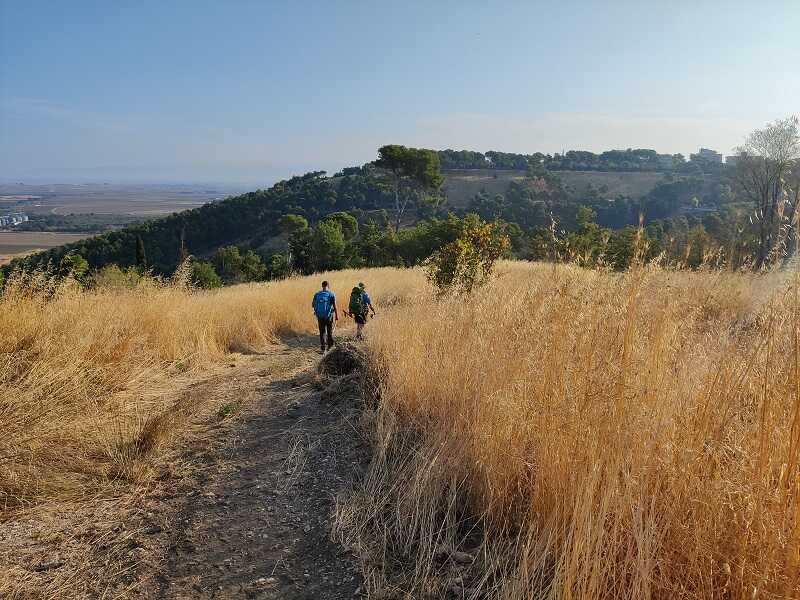 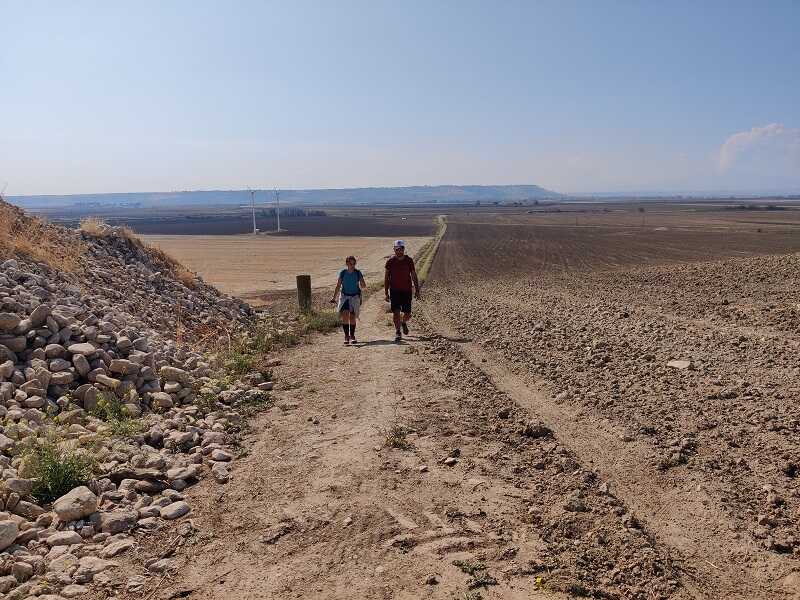 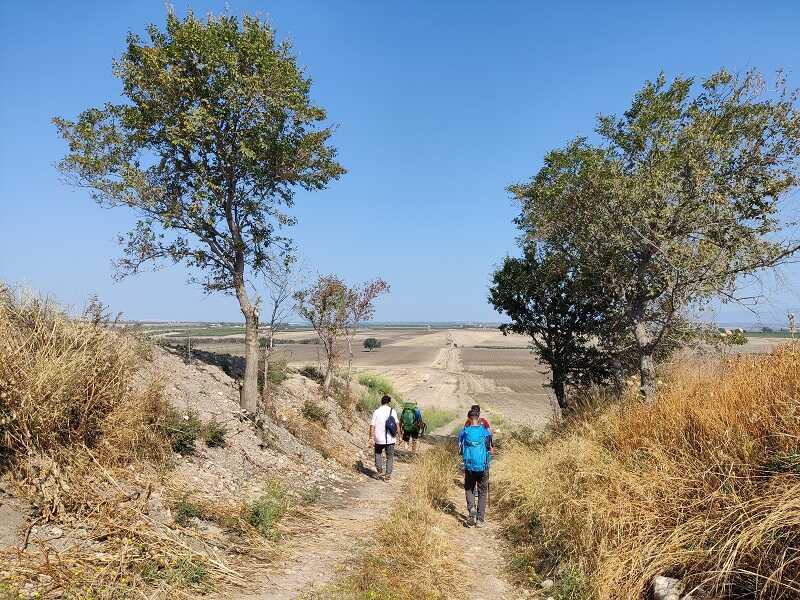 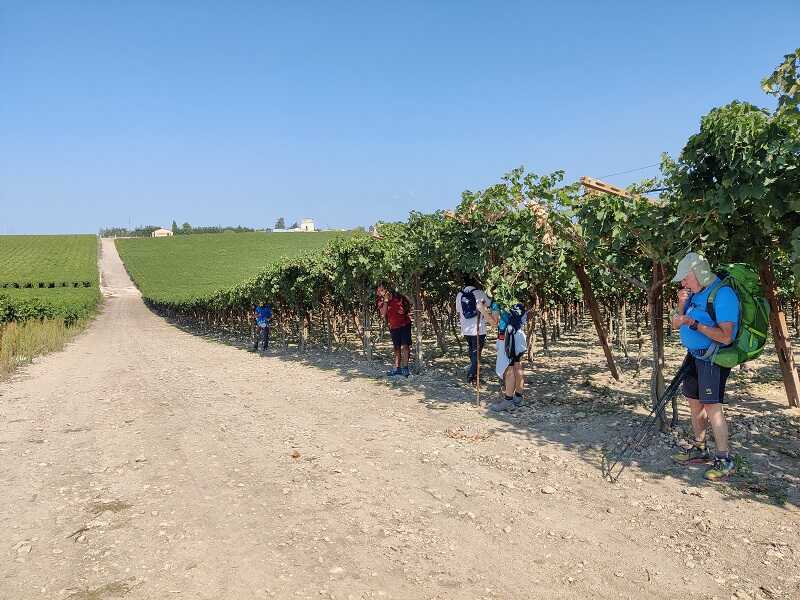 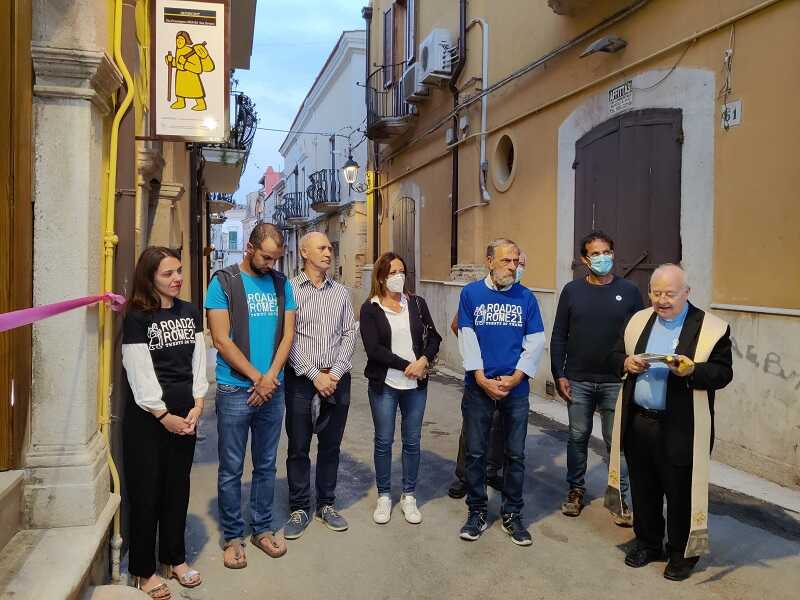 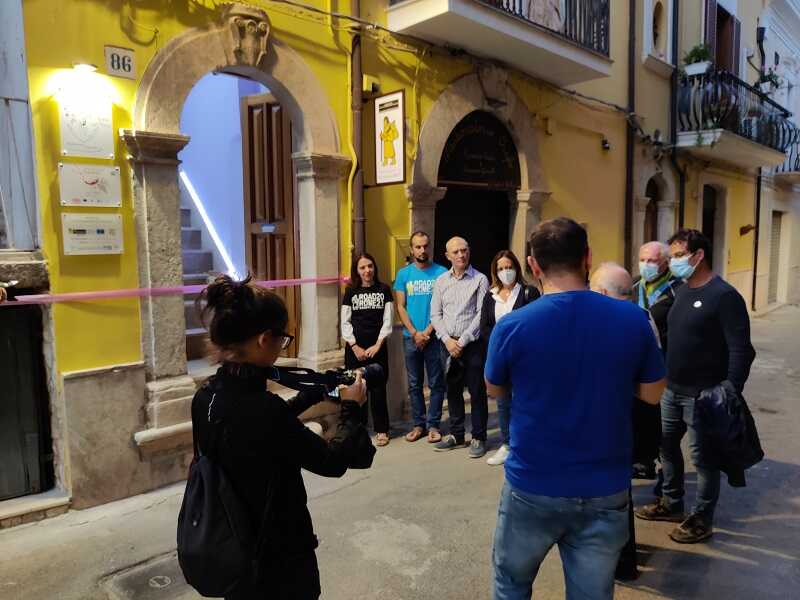