Day 98 (variant Micaelica) – from Troia to Lucera the infinite summer in the South of Italy, as told by anecdotes, stories and breath-taking scenery

The 98th day on this great adventure along the Via Francigena was very special and unique, because this morning the group divided up into two for the first time. Our group continued on foot towards Monte Sant’Angelo, while the other group continued on their bikes, and will carry on for three days then on foot for two days towards Bari. Vittorio Brumotti, bike trail champion and well-known TV personality, as well as ‘Road to Rome VIP’ Ambassador for our official sponsor Intesa Sanpaolo, will join the second group over the weekend.

We also welcomed our colleague Luca Faravelli, and to Mattia Fiorentini from Forlì who is a blogger for Scomfort Zone (follow him on Instagram and Facebook!) and our new Ambassador for Road to Rome. He will also support us thanks to his work as a Nature and Walking Guide in which he has organised treks in all of Europe. We have now said goodbye to our blogger Frank Damiano, who we thank for having accompanied us with his tales on his social media profiles (you’ll find him as ‘Indiana Jones Napoletano’ (the Indiana Jones from Napoli!)).

Back to today – myself and the other 14 members of the group set off on foot from Troia for Lucera, which we would reach after 22km. We were in the company of a local pilgrim, Michele del Giudice, who acted as our guide along the Way. It was a lovely day, almost like summer, with 28 degrees and a warm sun! The stage started off with a descent towards the hills, where we noticed many empty houses in the middle of the fields. Michele and Luca explained to us that these houses, along with a piece of land, were donated by the government to farmers after the Second World War, so that the farmers could set up a sort of subsistence economy. The project didn’t work out because the land was bought and the houses were left abandoned. They also explained to us that a few years ago there were about 30 signs that marked the way of the Via Francigena, but all of a sudden, they disappeared overnight. Nobody knows exactly what happened, but this tale made me realise the importance of a local network, as well as the mission to cover the path we are walking in stickers! The southern Via Francigena is a beautiful area and is rich in potential, and we are truly happy to be able to promote it and raise awareness on social networks, as well as pointing it out with our brand-new stickers, especially made for the occasion!

Around 7km away from Lucera, we made a lovely stop in an old farmhouse from 1700, where the members of the local Lions Club had organised a refreshment made up of produce that had just been harvested: fruit, vegetables and jams, as well as a selection of other local products. Truly wonderful: the south certainly knows how to welcome and make a pilgrim feel at home! After the stop, a short uphill took us to Lucera, where we said goodbye to our video maker Luce and welcomed Sharon, the last video maker who will accompany us on this adventure. Our thanks go out to the Council, the Pro Loco and the Lions Club in Lucera for organising a wonderful evening, including a fantastic tour around the historical centre and a wonderful ‘aperitivo’, which was so filling and delicious it substituted our dinner! 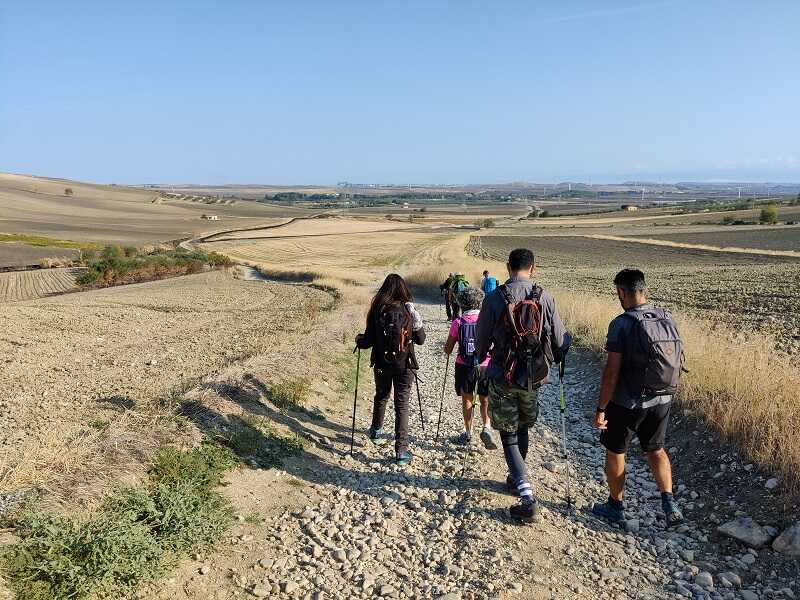 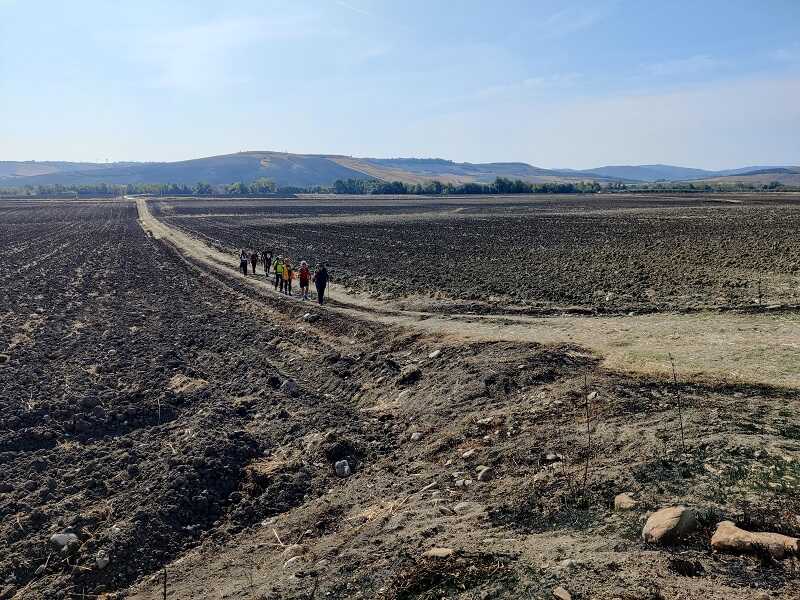 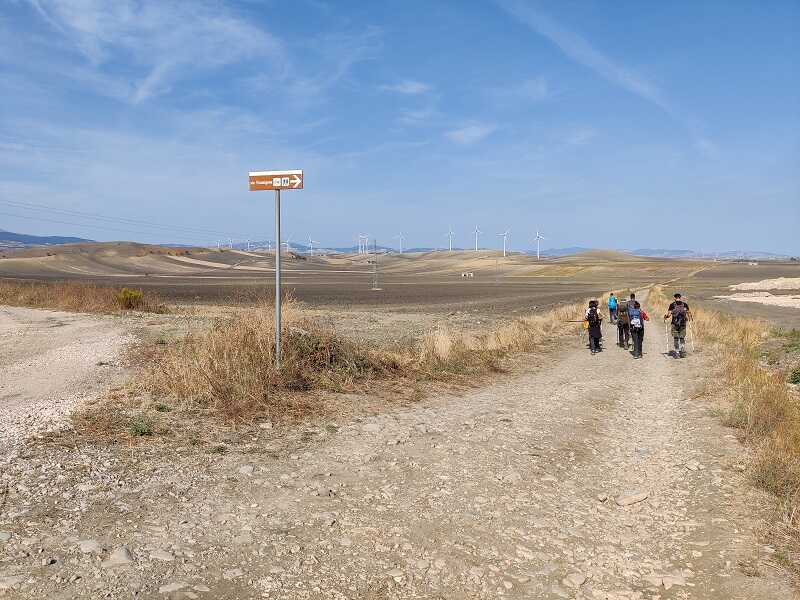 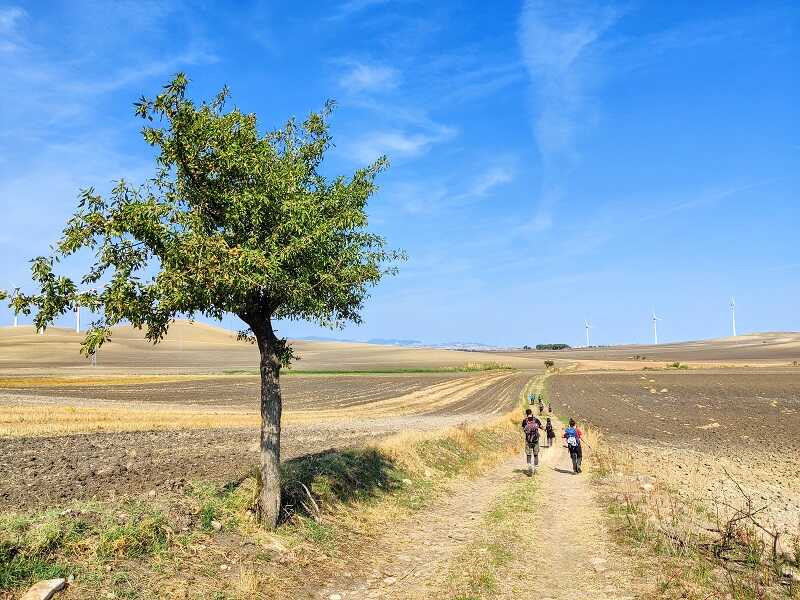 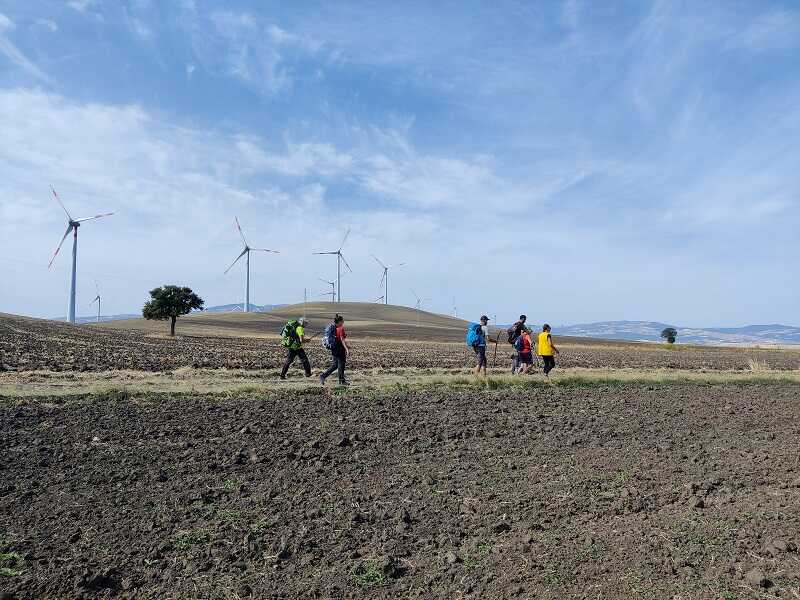 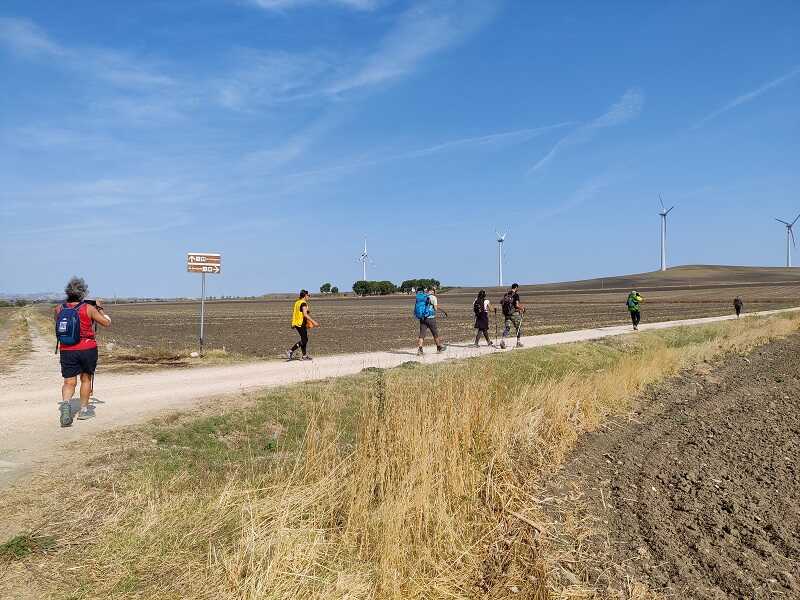 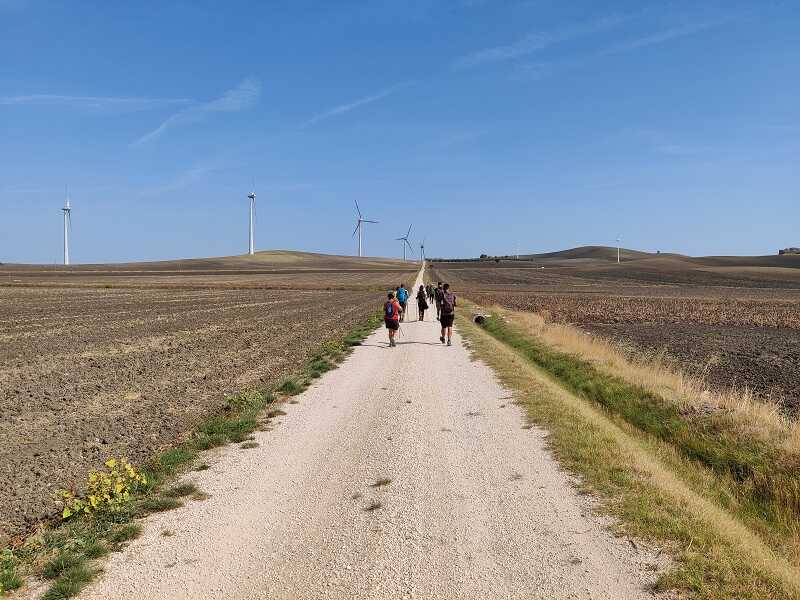 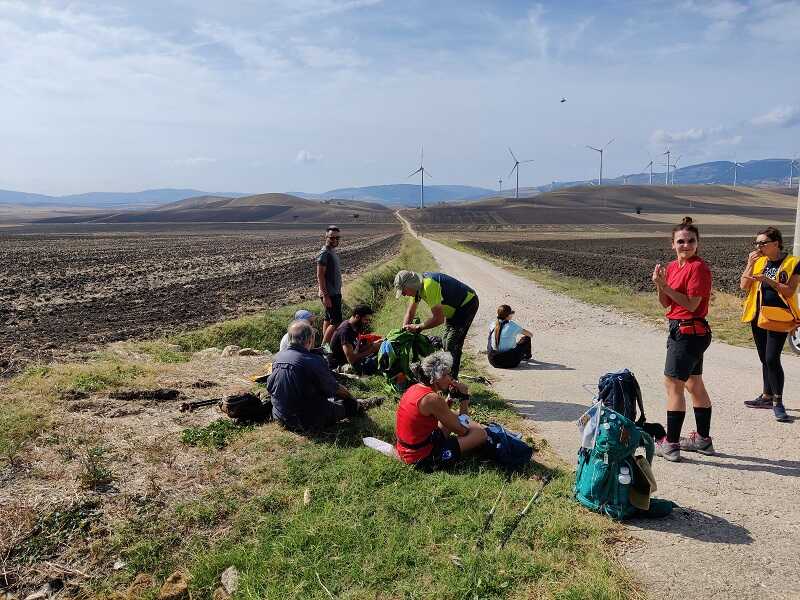 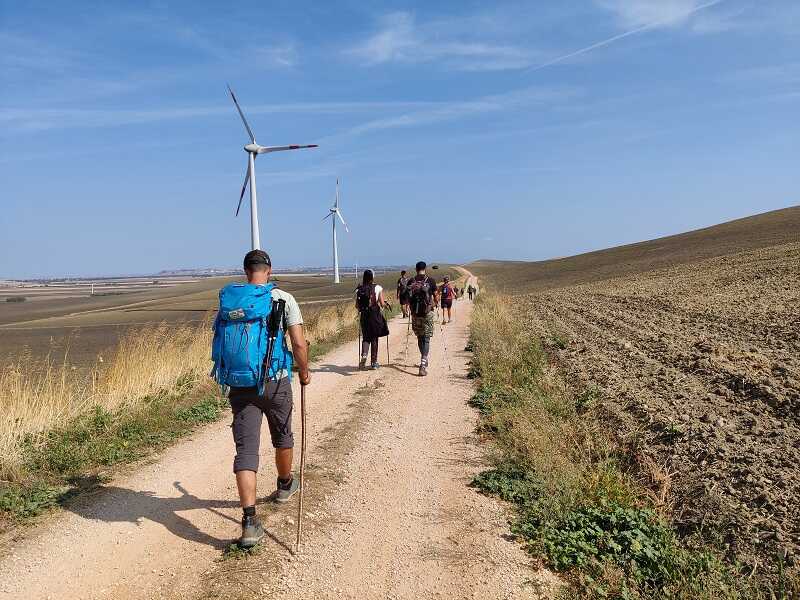 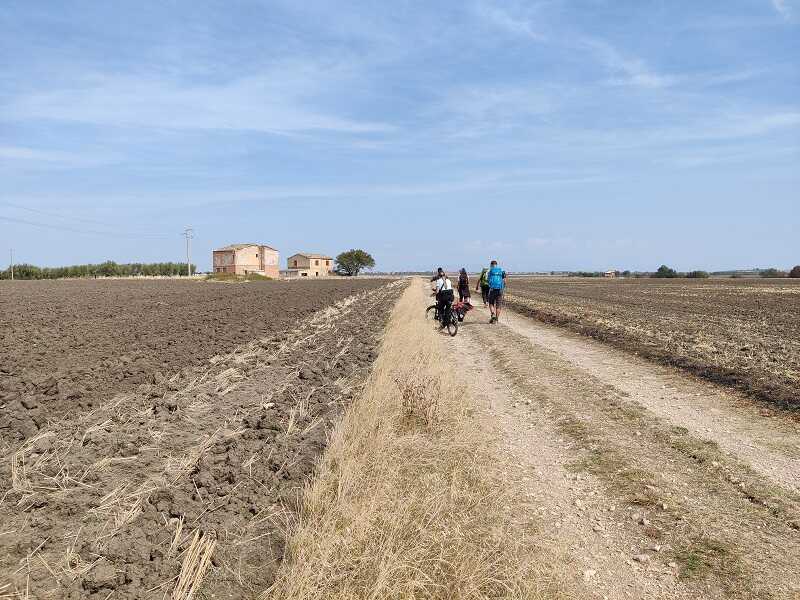 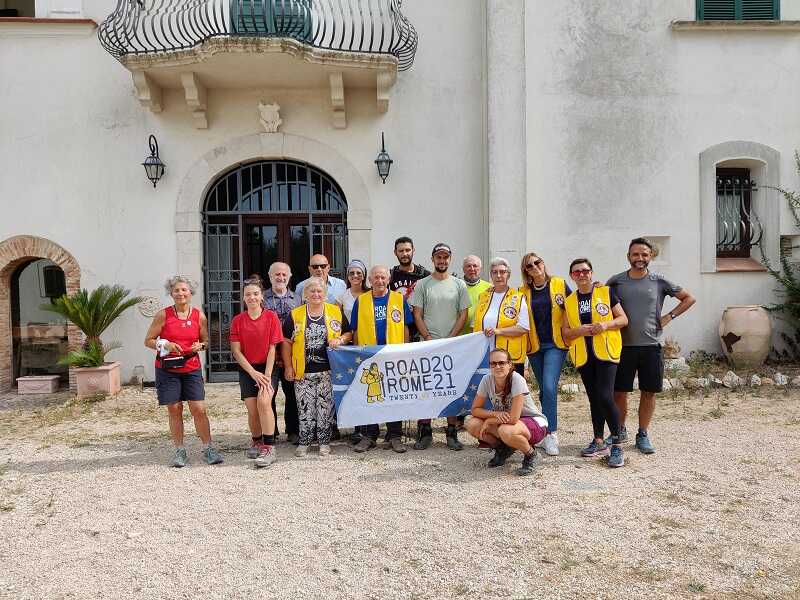 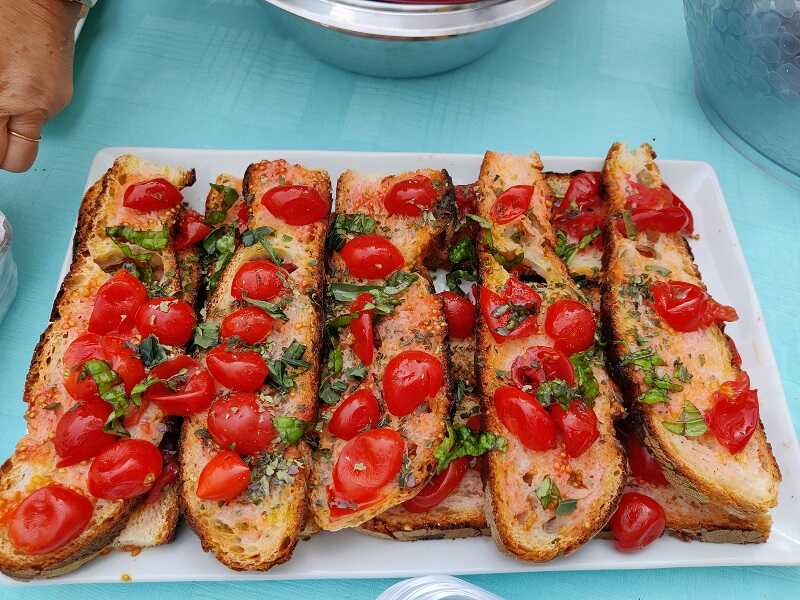 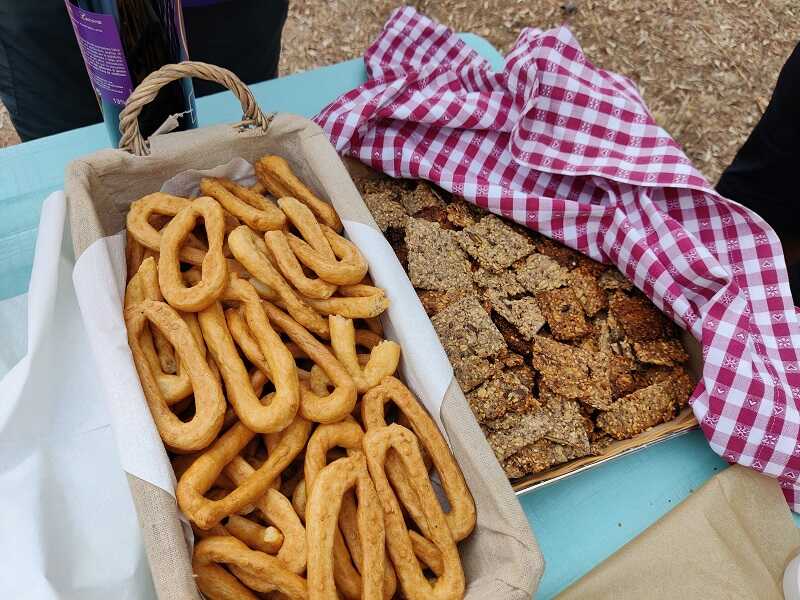