We left this morning expecting an easy, short, and maybe boring flat stage, yet very beautiful, because walking inside the valley means you’re surrounded by mountains and awesome landscapes. The Abbey of Fossanova disappeared behind us while we walked along the Amaseno river. Unfortunately, along the river we were accompanied by a weird smell of burnt stuff: I had already noticed this in my cycling trip last year – the moment you come to the southern part of Italy from Rome, you discover that many people have the bad habit of burning the stuff they don’t want anymore, like their waste (including plastic waste), usually somewhere isolated out in nature.

It was supposed to rain and thunder today, but we were quite lucky, at least during the morning – the grey clouds deviated and did not come over us. We also felt lucky because finally we walk towards the coast! We have seen the sea from above at a distance in Liguria, but then we took a turn and went inland again. Now we see the sea from above again, this time knowing that we will get closer and closer until we actually walk along the coast!

We left the Monti Lepini behind us yesterday, and today we reach the Ausoni mountains, and walk with the natural monument of Campo Soriano on our left and the valley on our right. On our right was also the Monte Circeo, a big mountain which used to be an island and is now mostly surrounded by water but became part of the mainland. It’s very interesting to see this mountain rising out of nowhere, from the flatness of the valley!

We walked mostly on tarmac today and at some point the threatening clouds actually reached us. It happened: rain started pouring. I must say it – I was very ready for rain, I wanted it, and I could feel many travel companions were feeling the same. We all covered up with our waterproof gear just in time, because when it started raining it rained properly: we got completely soaked. To be honest, it was very liberatory – we had fun jumping in puddles and accepting that we were literally walking in water. At some point it became extreme, the street was one big puddle, and the sewers got filled up and started pumping out water instead of taking it down (the air became very very smelly). What we were expecting to be a boring stage ended up being super adventurous – I would have forgotten about this part of the route but will definitely not after all!

Finally, quite early in the afternoon, we were welcomed in the municipality of Terracina, meaning in the municipality building, where local administrators had prepared a refreshment for us. We were careful not to sit down or make big puddles with our soaked clothes and then moved into our accommodation to get changed. Arriving so early, we had a chance to relax, get some work done, and then, of course, have a tour of the ancient town of Terracina (just as all the towns around here, also Terracina has an amazing ancient area). Terracina is mostly known as a beach location: we’re on the sea now after all. However, people who come here for beach tourism don’t usually visit the ancient town, which is slightly elevated from sea level. Local administrators told us that in the past, more or less 10 years ago, there have been problems in the ancient part of town with drug addicts or unsafe roads; the city worked hard to overcome these issues and is now very relaxing, safe and enjoyable. I could really see the fruits of their work: they restored, for example, a beautiful ancient theater! Terracina can potentially attract a lot of tourists and I’m glad to contribute to its visibility.

At the end of the day, FabLab Terracina gave each of us a wooden token for our passage and we visited an exhibition in the city center. Before dinner, we were invited to the ‘Mangiare con Gusto’ festival by the municipality, with traditional and local food, wine, and beers. After this ‘aperitivo’, we went to have dinner and straight to bed – tomorrow will be an intense stage and I want to be ready for it!

Getting happily soaked wet under the rain

Discovering the ancient town of Terracina

Arriving at the sea!

Joanne Roan (@joanneslongwalks), RTR ambassador and member of the Ragazze in Gamba group 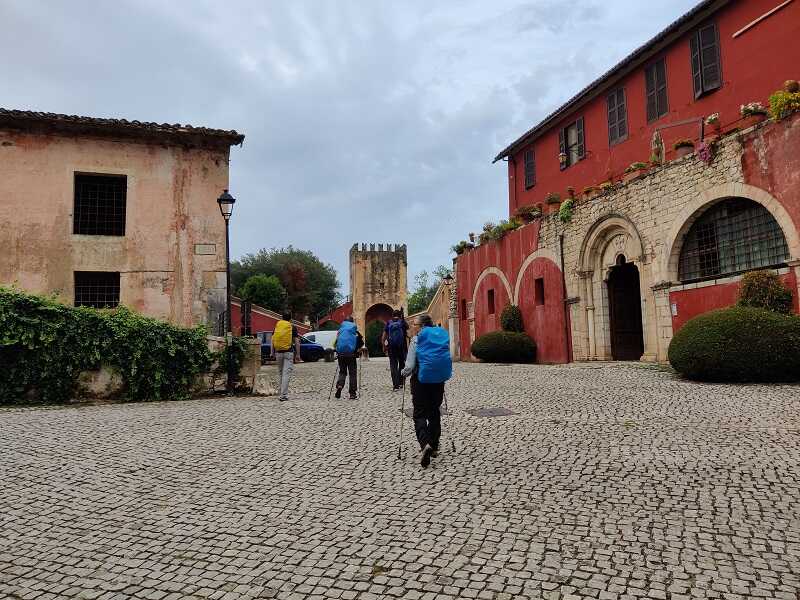 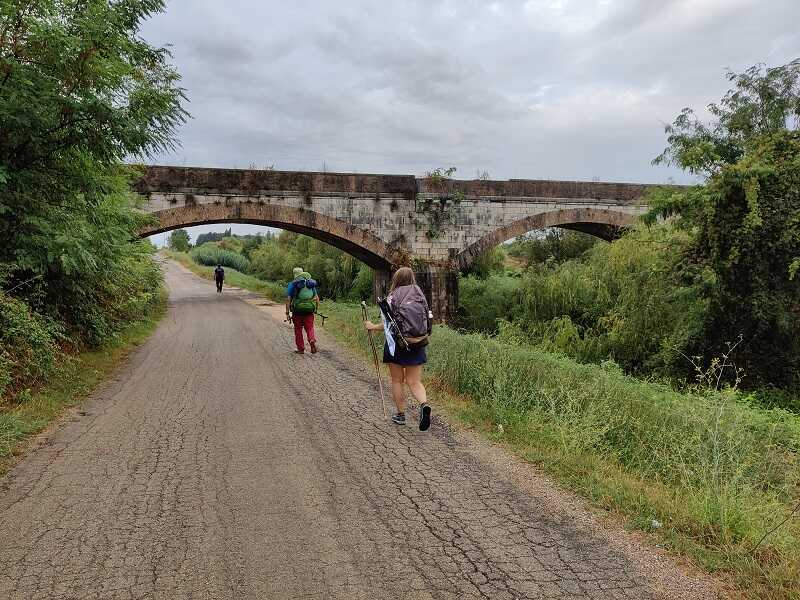 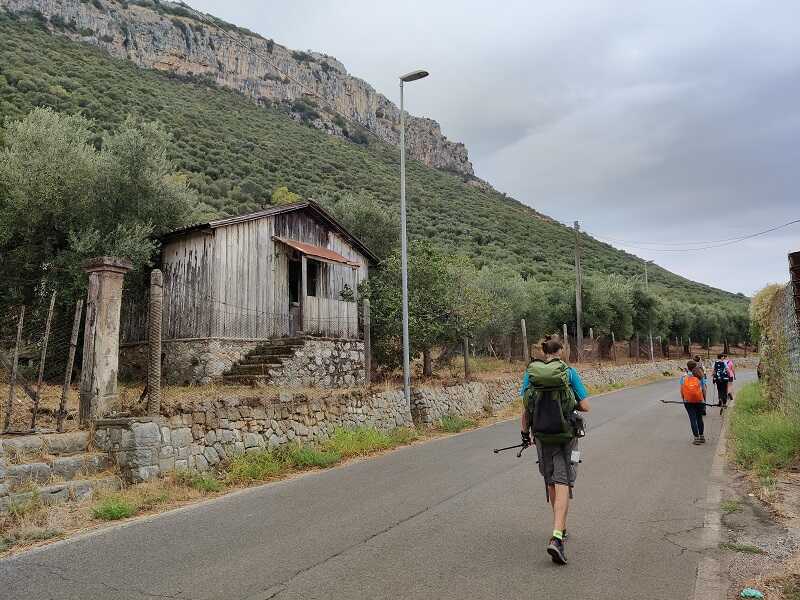 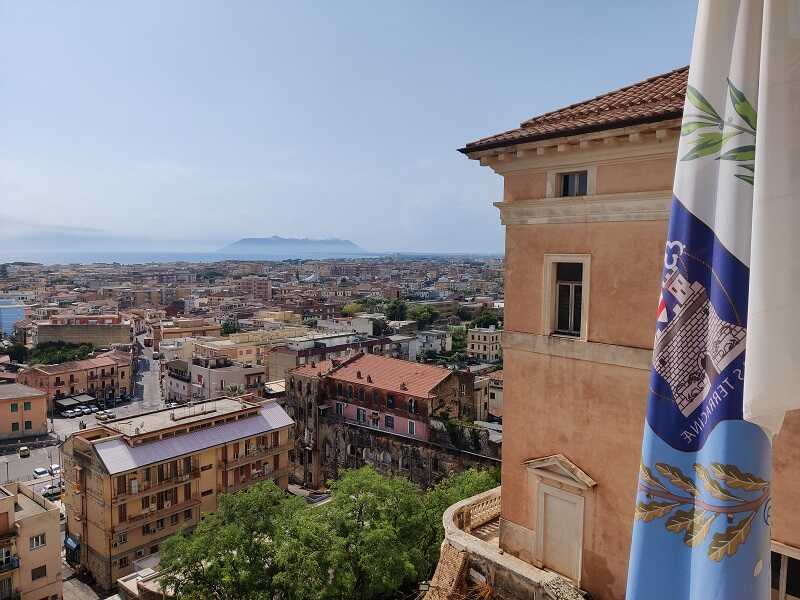