Day 83 – Cori to Sezze: when beauty repays your fatigue

Today’s stage was particularly long and rich of up- and down-hills (more up- than down-, actually). A long, hard stage that we faced with some extra strength. Before departing we visited the Chapel of Santissima Annunziata, which hosts a series of frescoes from various ages, from the Middle Ages to the Renaissance. I absolutely recommend a visit here when you come through Cori!

We then shortly visited the ancient town of Norba, which we found just before the modern town of Norma; it was built around the 5th century but then went fogotten when, during the war, the army decided to form an alliance with the faction that then lost. Instead of conquering the town, the troupes decided to sacrifice each other and take revenge by burning their own town. The story says that the wind was against them and only a part of the city burnt: the rest of it is perfectly preserved! However, it is not yet entirely recognized for its heritage value, due to missing funds. A real shame, because it has a lot of potential and the archeological area is particularly rich and interesting: you even find the remains of an amphitheater.

Arriving in the modern part of town, we were welcomed by a city council and a representative of the municipality who offered us a little refreshment. Later on, they told us that Norma also has a Museum of Chocolate – what a pity that we didn’t have time to visit it…and taste it! We have a lot of uphill kilometers today, and no time to ‘waste’.

We arrived at the abbey of Valvisciolo and briefly visited the cloister, inside which there is a small square containing a 5-word palindrome, the meaning of which is yet to be decrypted. We then came to the amazing village of Sermoneta, with its long uphill trail – which I happily walked throguh, contrarily to my exhausted colleague Martina. I had already come to Sermoneta last year, during my bike trip, but I didn’t have enough time to visit it. Walking through it today was marvelous! It’s a non-touristy, quiet place and we stopped here for lunch.

Continuing with our ups and downs in the direction of Sezze, we crossed a charming area in the woods. Altogether we spent the day surrounded by green nature, with the sea and the city of Latina in the distance. In Sezze we received a wonderful welcome from some representatives of the municipality, and, most of all, from the Hotel Schools Pacifici and De Magistris, waiting for us at the Archeological Museum, all students wearing a uniform. They had prepared a special ‘pilgrim bread’ for us, created especially for the occasion.

Sezza really made us feel home. We visited the Archeological Museum, and a concert was organized for us inside it; around town I saw flyers announcing our arrival, and many locals were waiting with pride. We were filled with joy and satisfaction: it’s important for cities and towns that are crossed by the Southern Via Francigena to gain popularity – they have all the characteristics needed to develop into slow tourism destinations!

Norba (the ancient part of the town of Norma)

The Archeological Museum of Sezze

Giancarlo Forte, President of the Gruppo dei Dodici, together with several other members 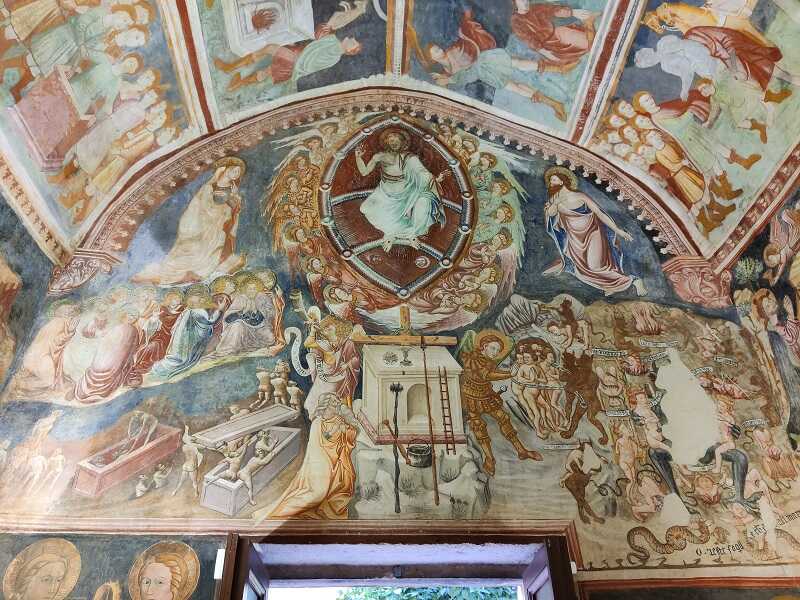 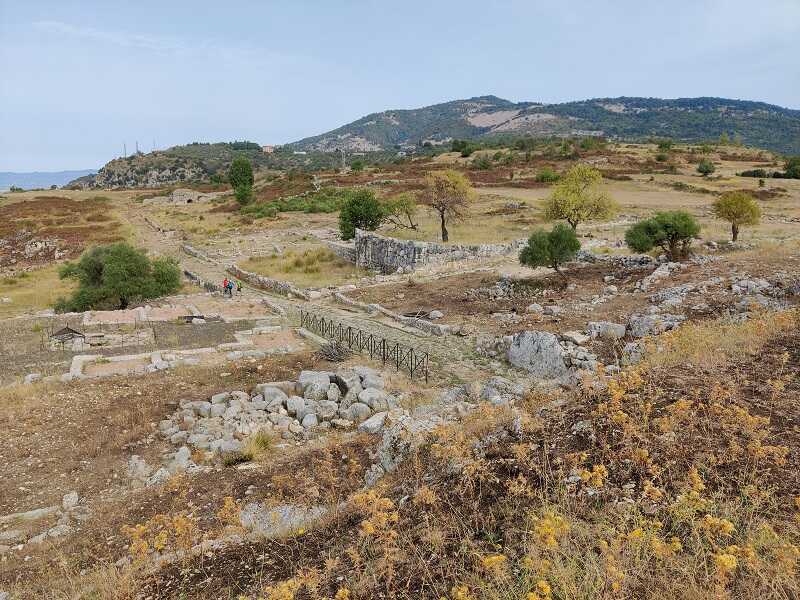 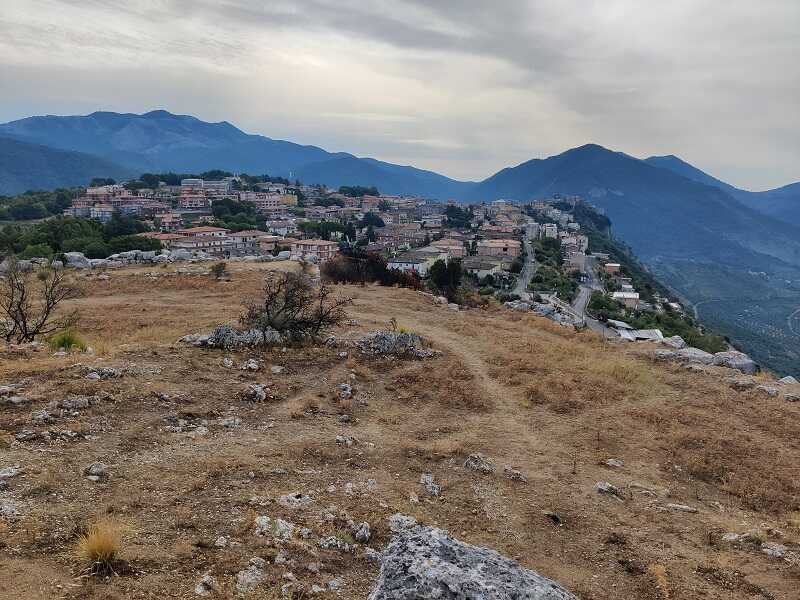 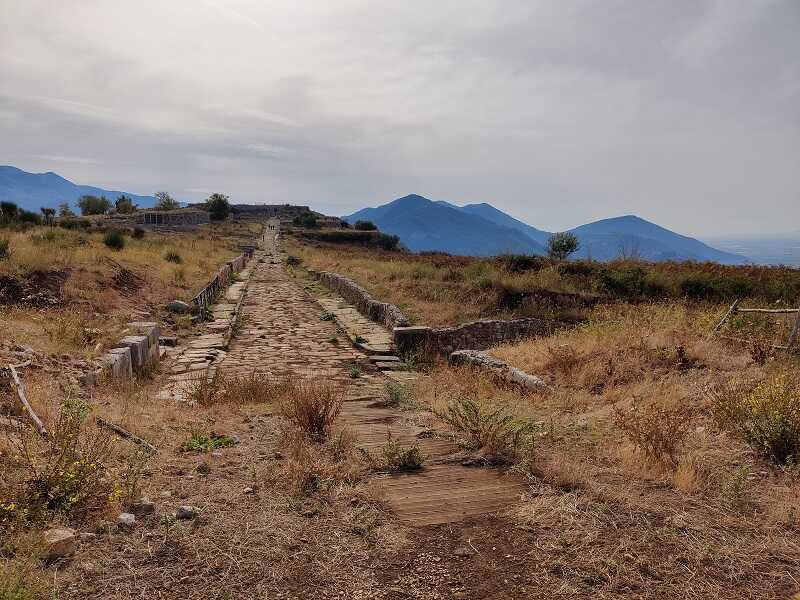 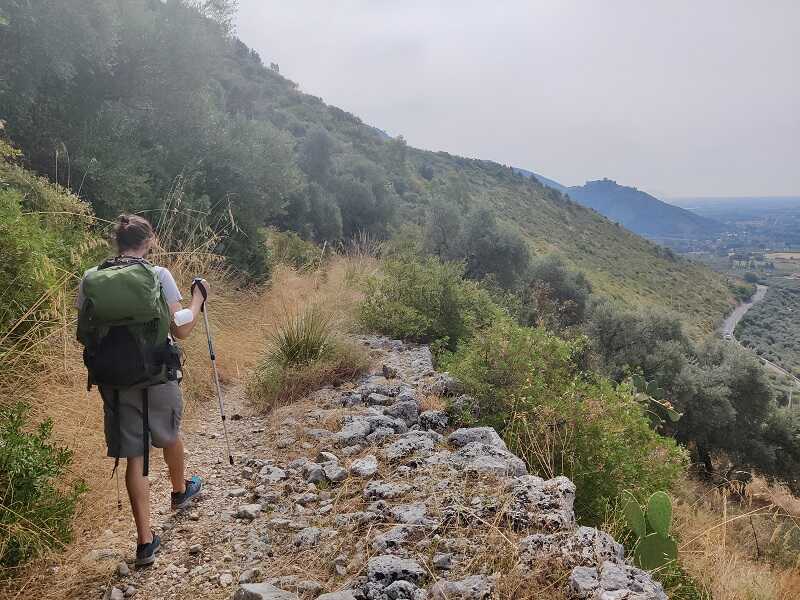 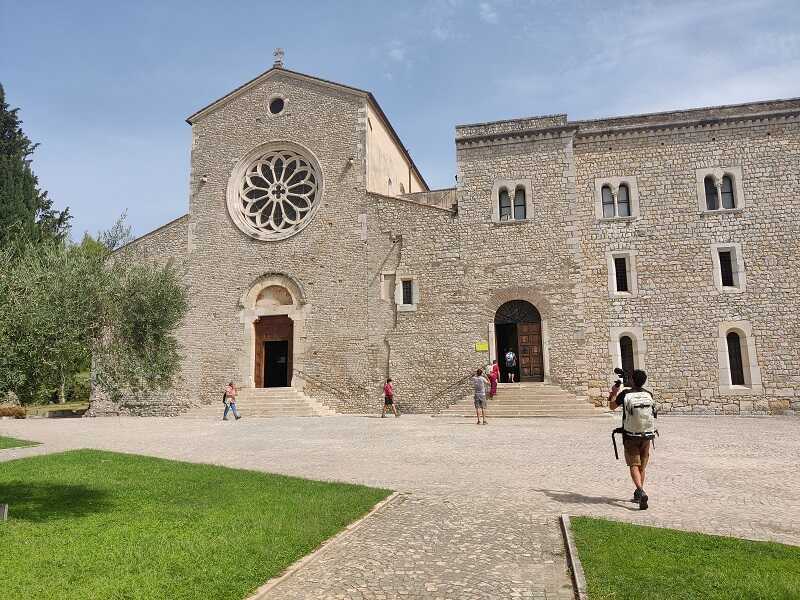 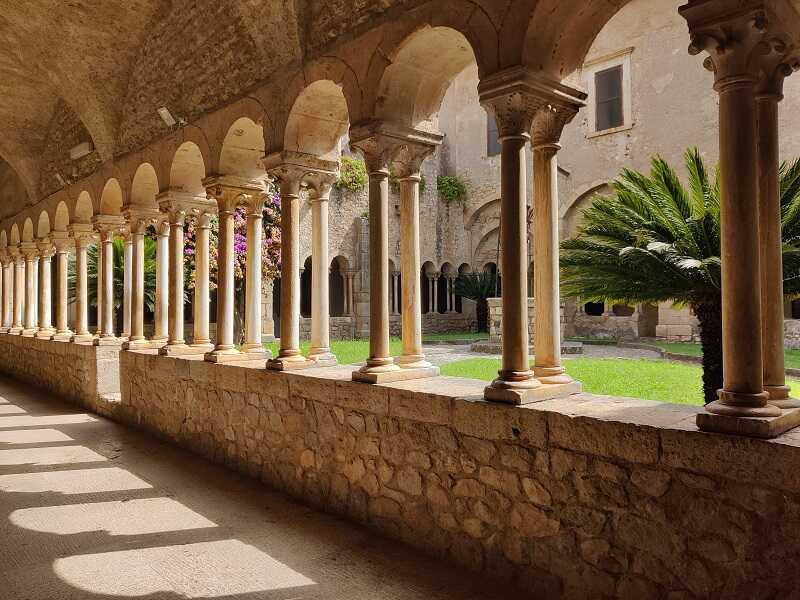 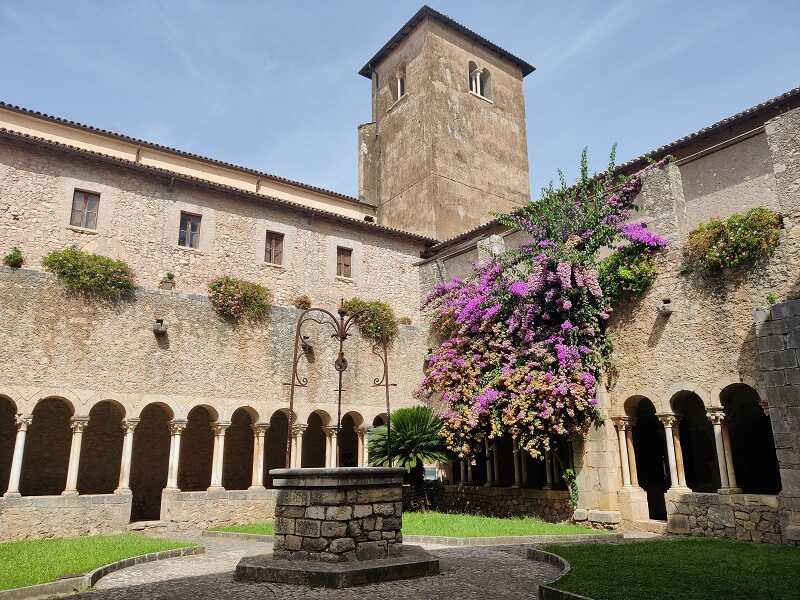 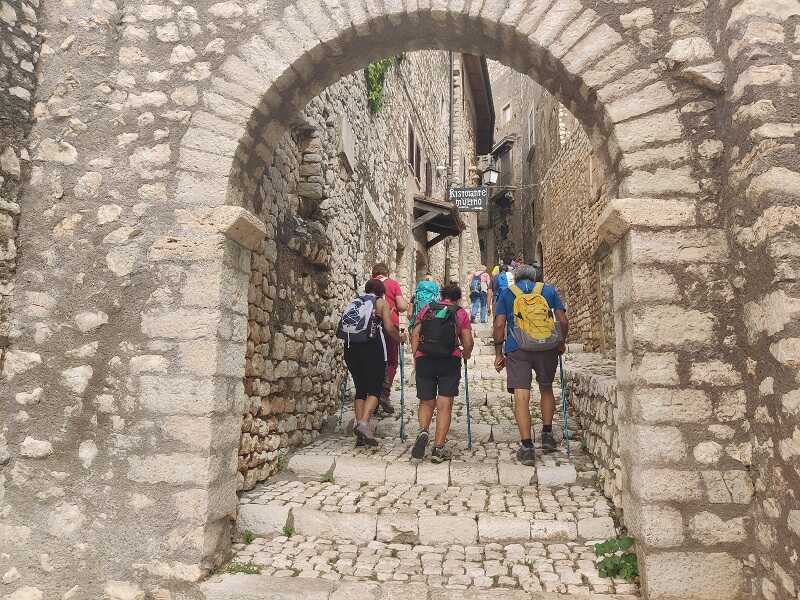 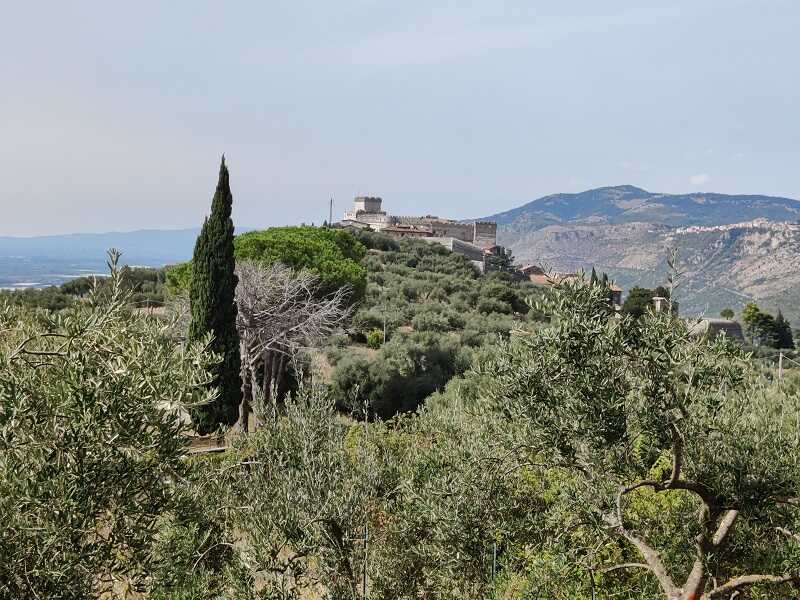 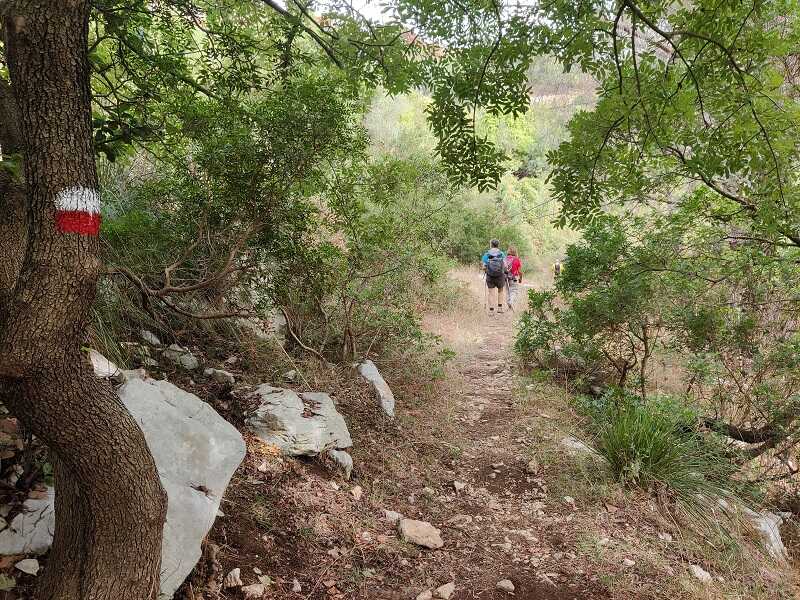 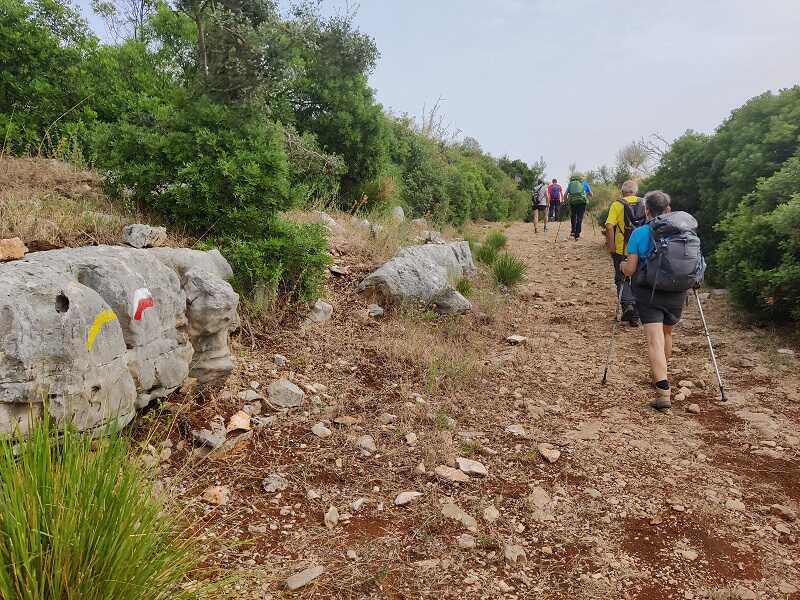 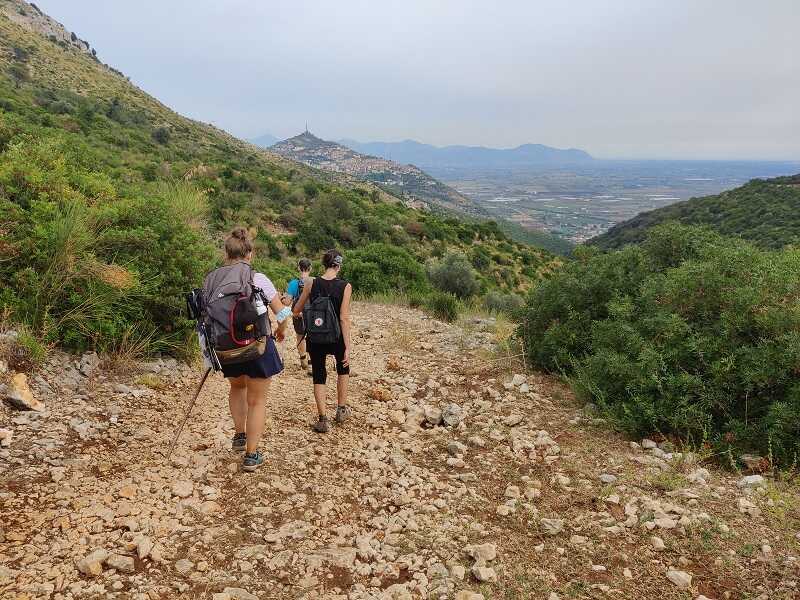 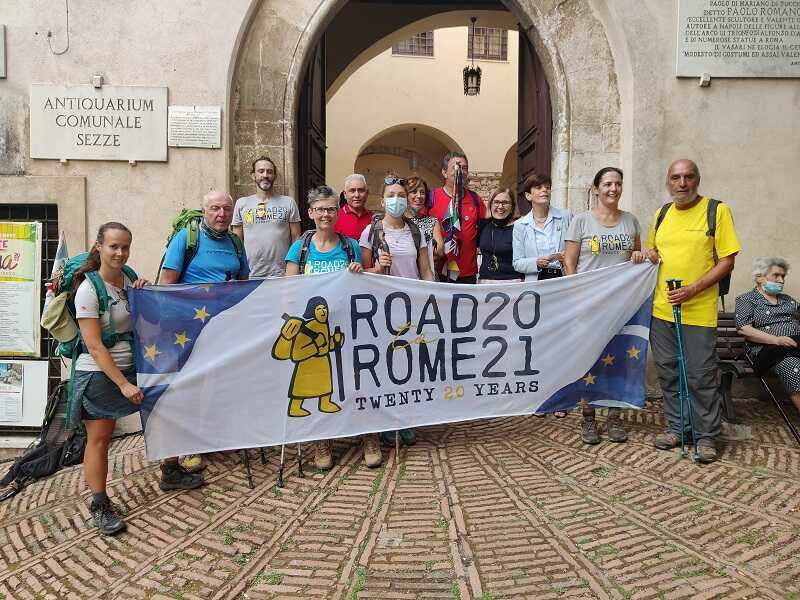