Day 8 – Thérouanne to Amettes: UNESCO support for the Via Francigena

After one week of walking the Via Francigena in Northern France, it has become clear to us that this area is mostly made up of tiny little towns and a lot of endless green fields spreading out as far as the eye can see. The biggest “city” we’ve crossed so far was Thérouanne, our departure point of today, which has little over 1000 inhabitants. Upon our arrival here yesterday, we were surprised to see an actual shop, because we basically haven’t seen any since we left Calais, let alone supermarkets!

So how have we managed our food intake, you may ask? Of course for breakfast we always try to eat that little tiny bit extra, to get us past the first couple of hours on the road. For lunch we often have our 0,5 meter of baguette, either provided by the people who hosted us or bought at the local boulangerie. Little snacks here and there to get us through the afternoon, and upon arrival we either have dinner with our hosts, cook it ourselves in a hostel, or eat out together with the local administration.

Besides a lack of shops, something else that the inhabitants of these tiny little towns have in common, is that they all take a lot of pride in their village. No matter the size, no matter the location, when they show us around you can really feel the love they have for their respective hometowns.

During today’s stage we stopped for lunch in the town of Liettres, where apparently the very first game of cricket on European mainland took place a couple of centuries ago. But the thing that surprised us the most, was their visible support for the Via Francigena’s application to the UNESCO World Heritage list. They even had pins and big flags made!

You may not know this, but since many many years we have been in the process of proposing the Via Francigena in its entirety as a UNESCO World Heritage site. You can imagine that this is not an easy feat, especially since 4 different countries are involved and each country can nominate only 1 heritage site per year. Nonetheless, the town of Liettres and the town of Amettes, because they are part of the Bethune-Bruay agglomeration, have started actively promoting and lobbying for the Via Francigena to be nominated. Seeing this kind of enthusiasm from such small villages in the middle of rural France is just simply heartwarming.

There’s still a long way to go, but we are convinced that by taking one step at a time, we will make it across the finish line!

– Arriving at our destination with dry feet

– Warm welcome & aperitif at the townhall of Amettes 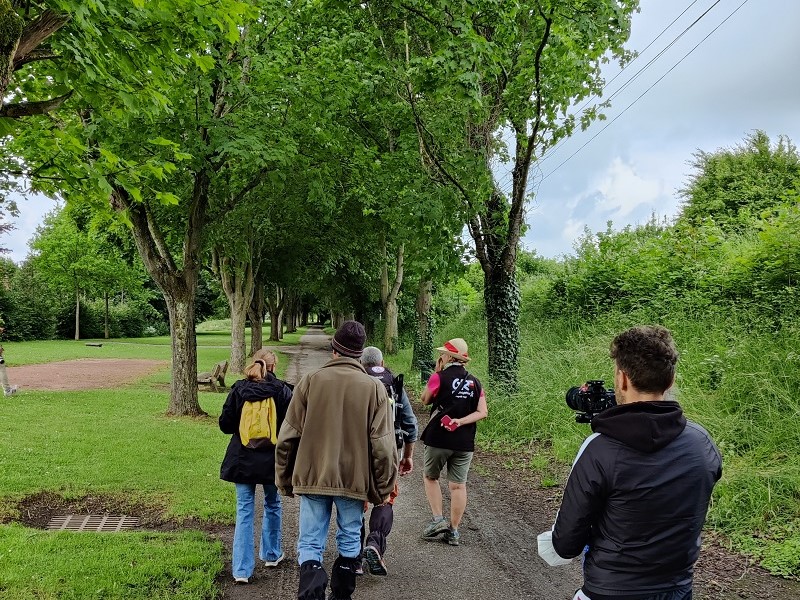 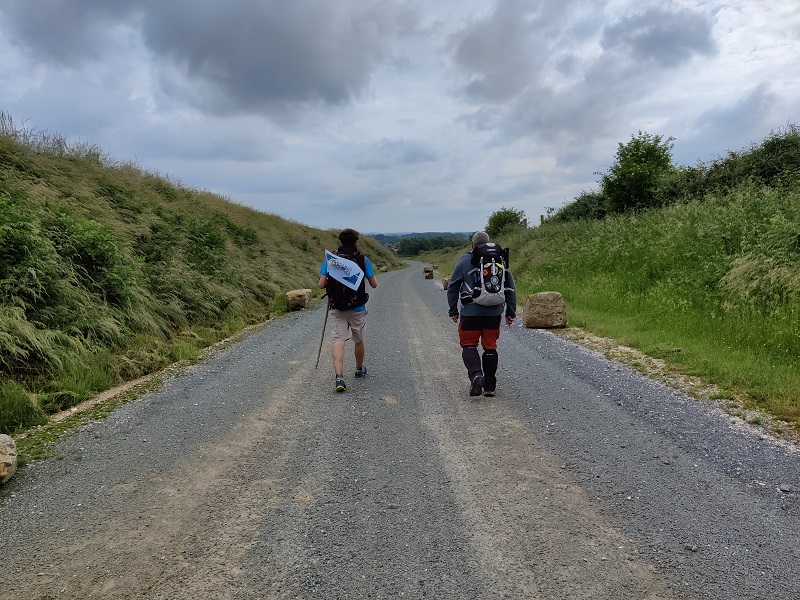 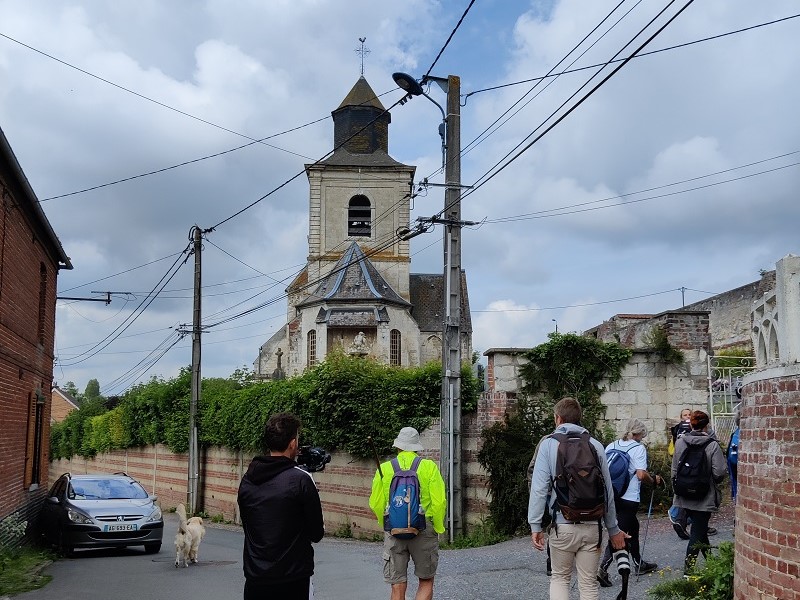 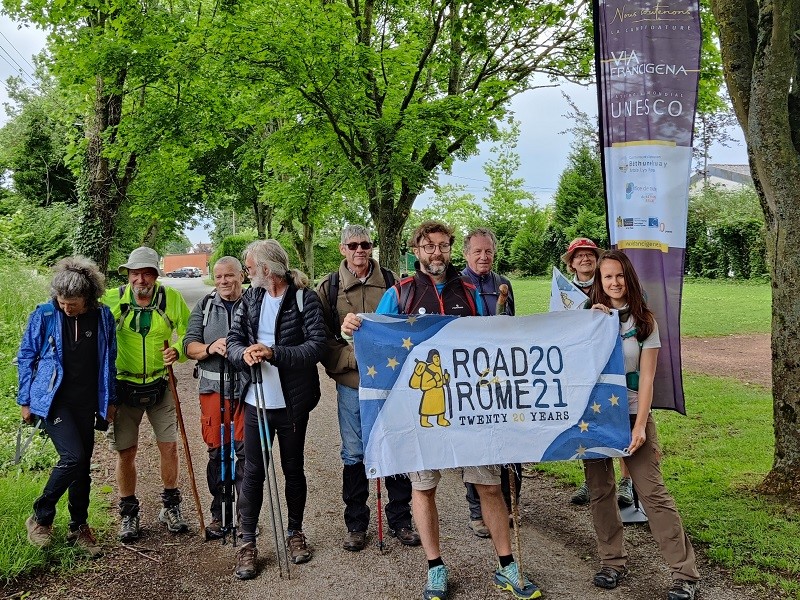 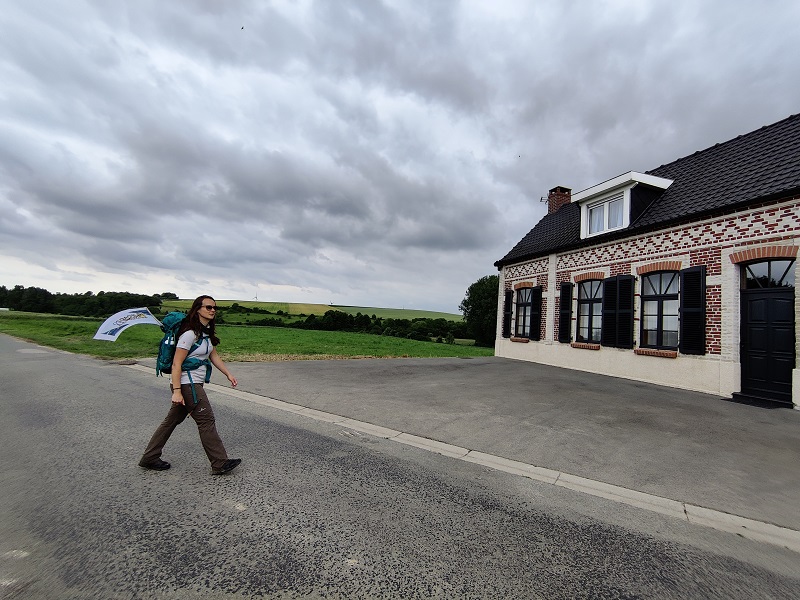 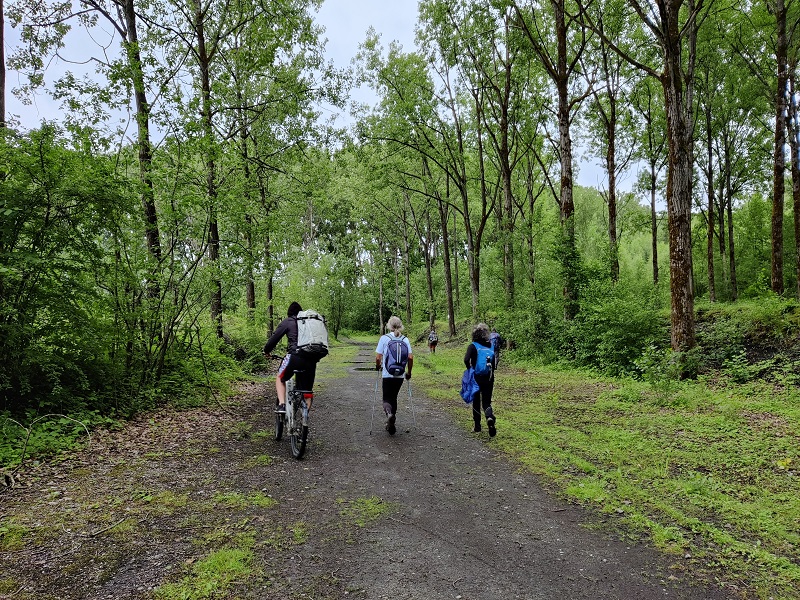 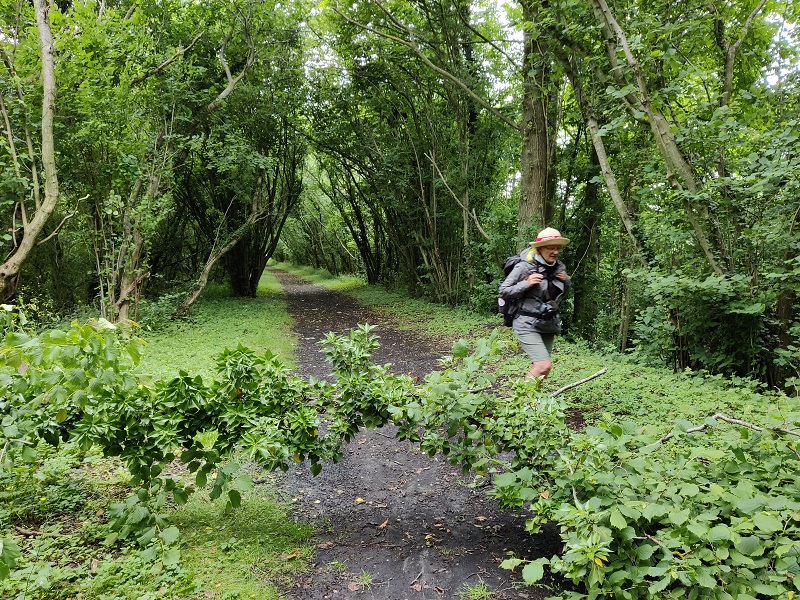 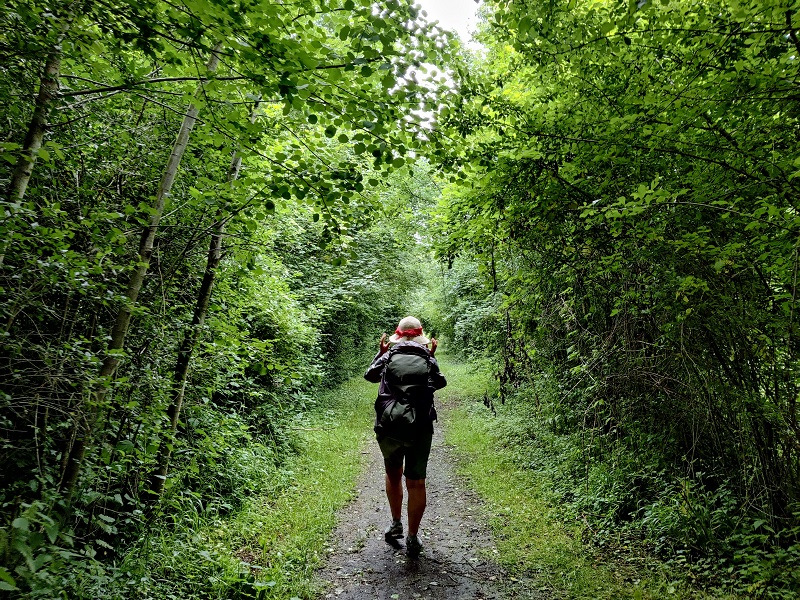 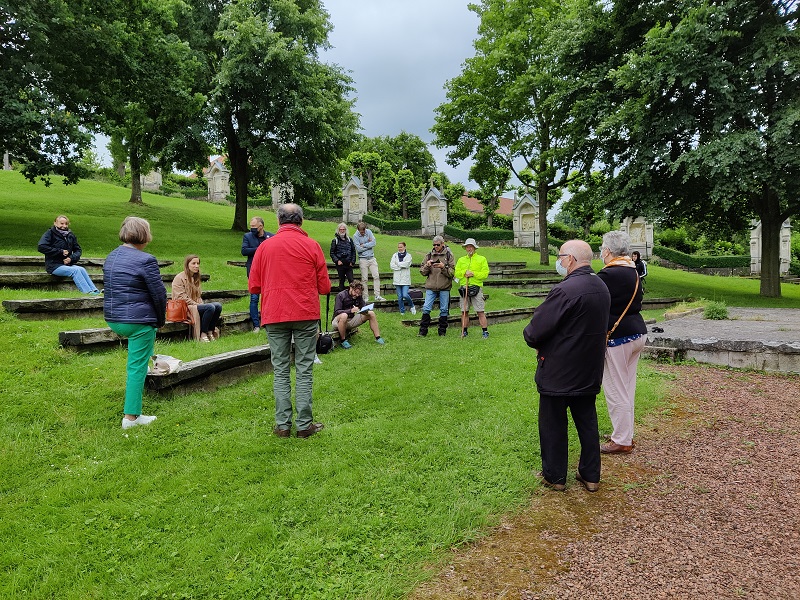 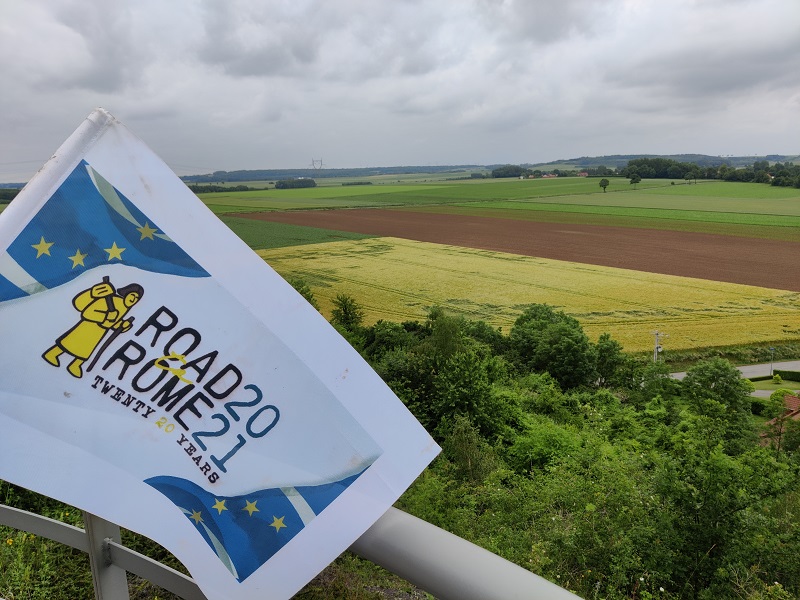 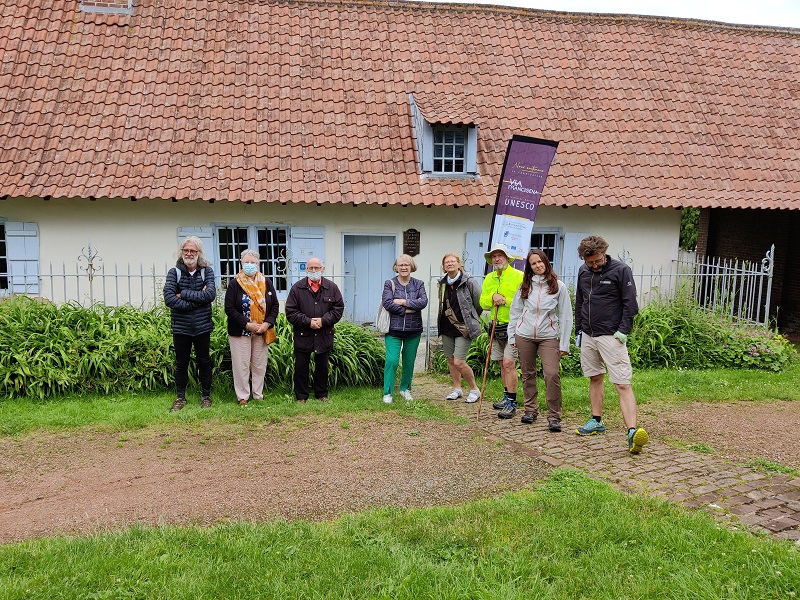 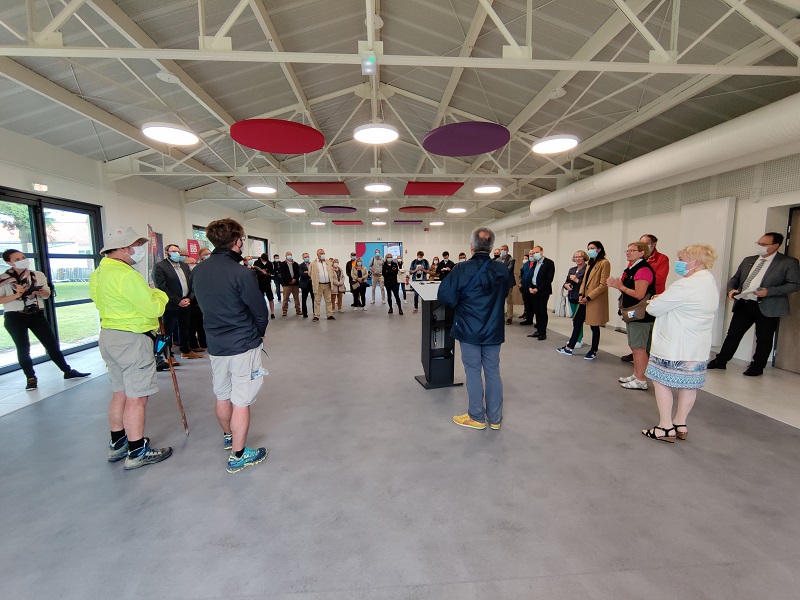 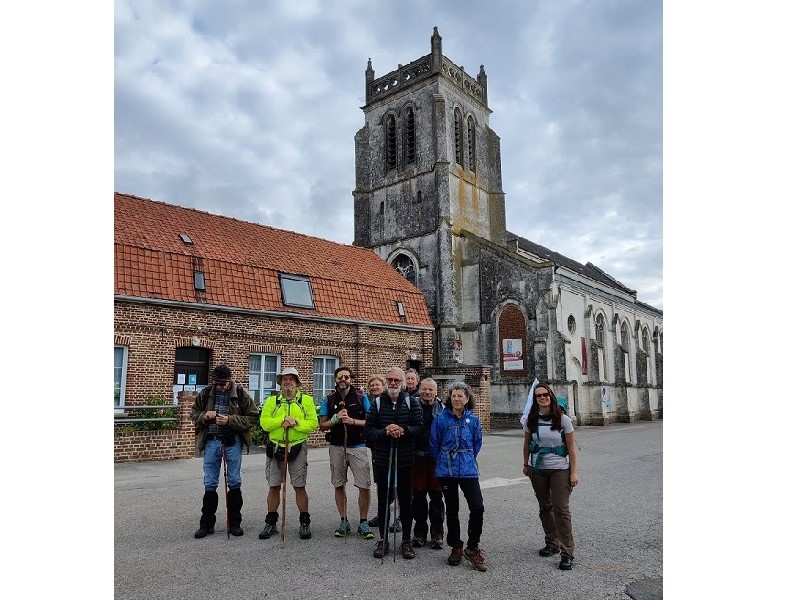