An increasing number of pilgrims is joining us as we approach Rome! Today we crossed the extensive and charming Park of Veio, with quite a long climb leading us to the sanctuary of the Madonna del Sorbo. At the sanctuary, another large group of walkers was waiting for us – at this point, we were about 50 people walking together. Among everybody else, today Ilaria Canali joined us, leader of the Ragazze in Gamba organization and creator of the ‘staffetta letteraria’ project that we are carrying on within Road to Rome.
After a short visit of the sanctuary, we continued walking towards Formello through the ‘Parco di Veio’. We were literally escorted by police cars, one in the front and one behind us, leading this huge group of people safely into Formello. It made us feel very professional, well organized…and a special group!
In Formello, just before lunch, we met up with Iefke, a compatriot, a Dutch lady who I met last year when I crossed Formello by bike. She works as an archeologist at the Palazzo Chigi and gave our group an enthusiastic and passionate tour of the Etruscan and Archeological Museum. I wish to thank Iefke, but also the mayor, who toured with us, and all the municipality that organized our stop in Formello and our lunch.
We finally continued walking towards Isola Farnese. A couple of kilometers before arriving there, we had a few surprises. First of all, a group of theater re-enactment groups had placed themselves spread out along the trail, wearing historical costumes, performing, talking and playing games with us. The first ones that we encountered were Roman legionaries, and I felt as if I were in The Gladiator movie. They blocked the road, and we could only pass by figuring out the passage password. There was then a ceremony and we received gifts, such as a spicy red wine, and received official Latin documents allowing us to enter Isola Farnese and then Rome. After that, we met a couple of Etruscans who gave us a bronze statue as a token for our passage. Lots of fun!
People in Middle Ages costumes were waiting for us in Isola Farnese and performed for us once more. By that time it was already quite late, and we were starting to feel pretty tired. Tomorrow is the big day: tomorrow we will really be on the final Road to Rome! Let us have a good rest and be ready for it! 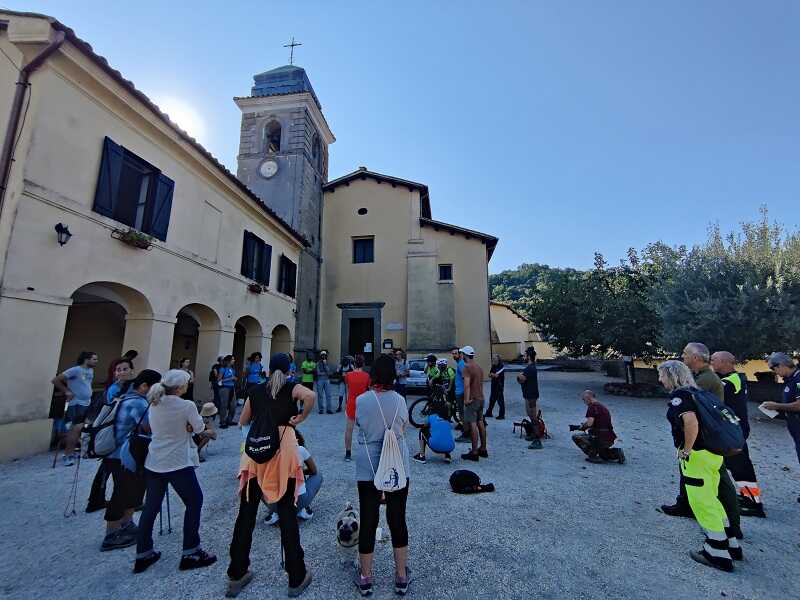 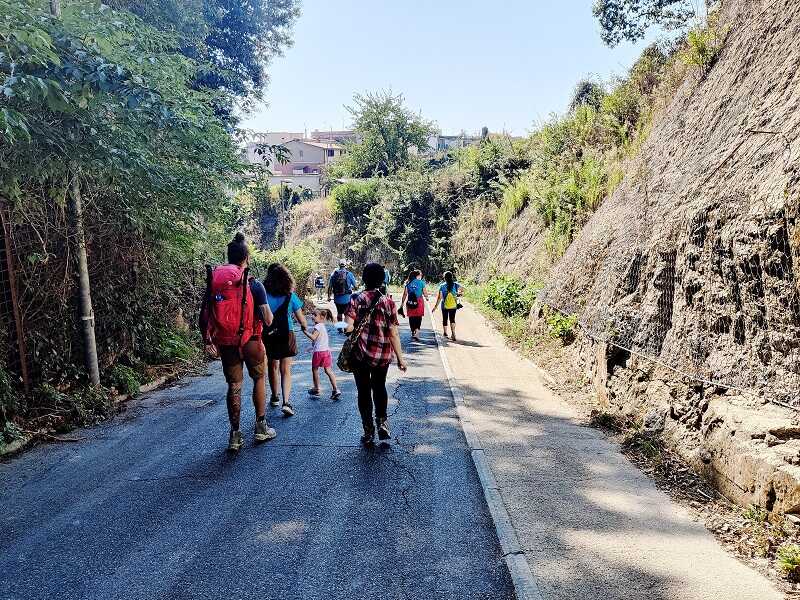 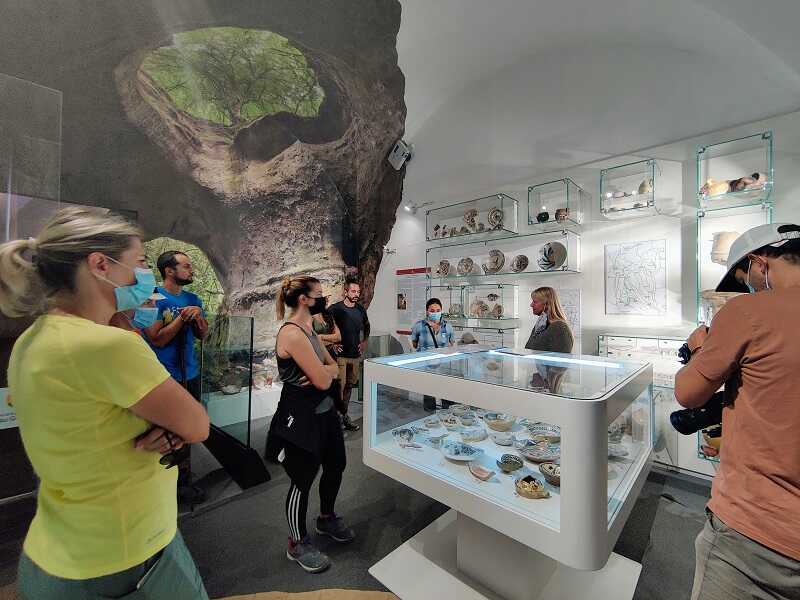 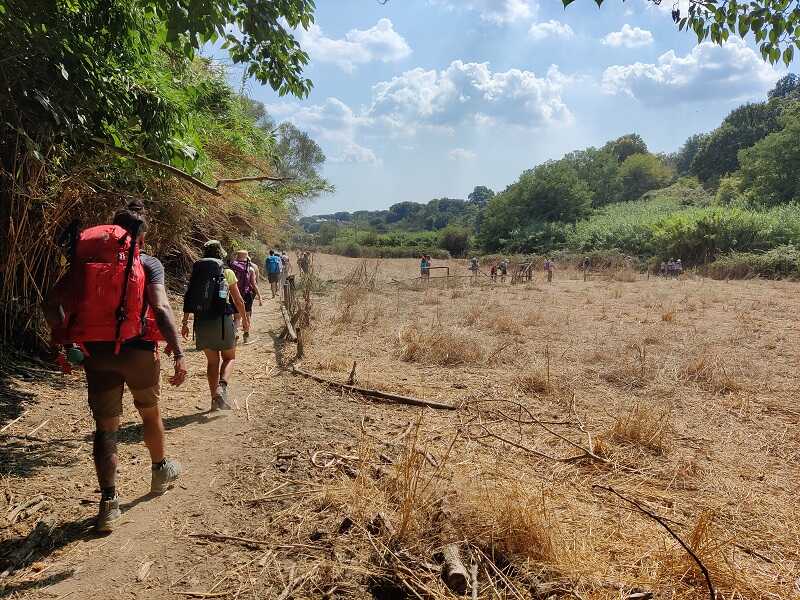 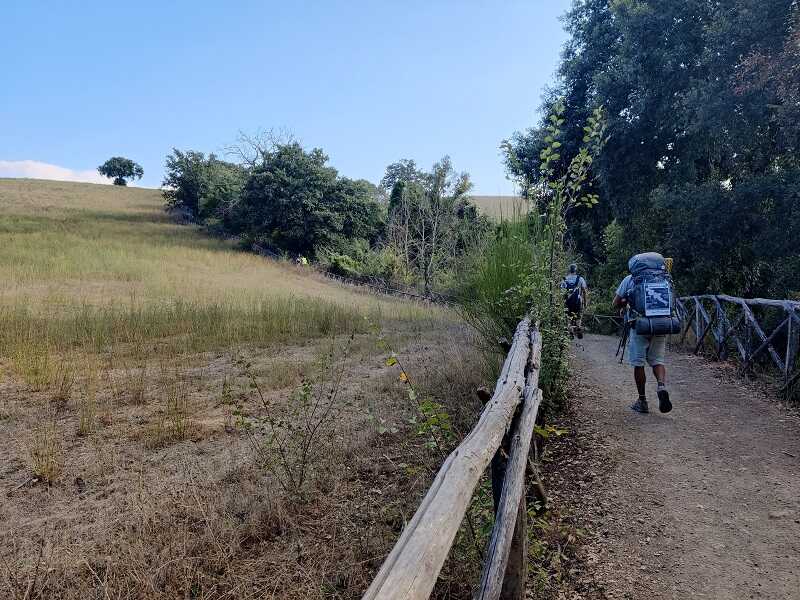 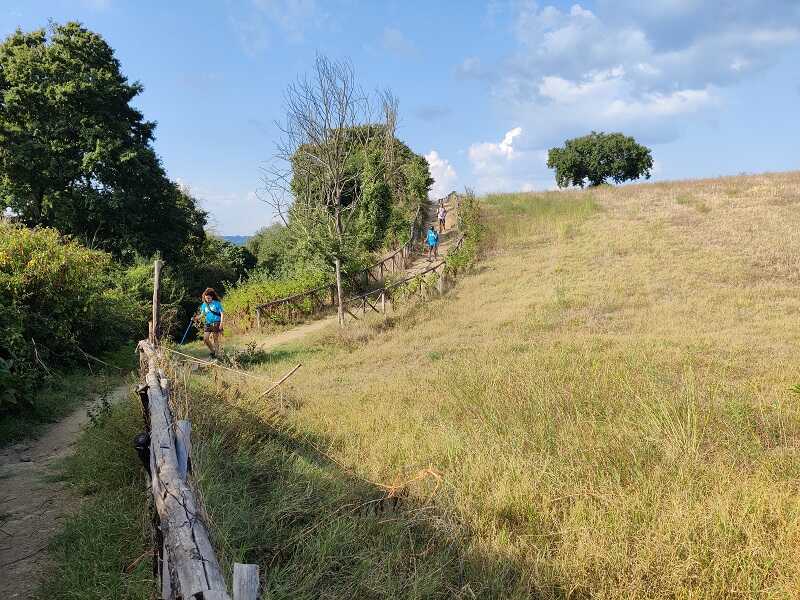 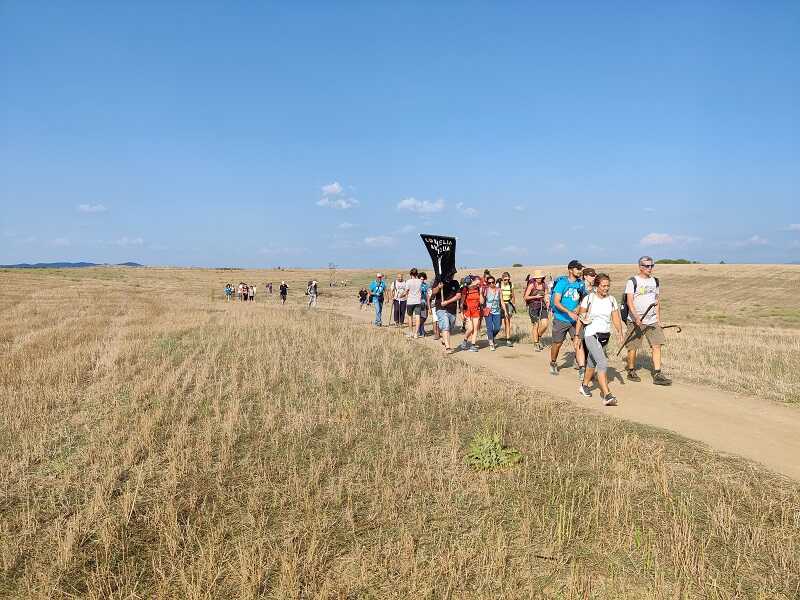 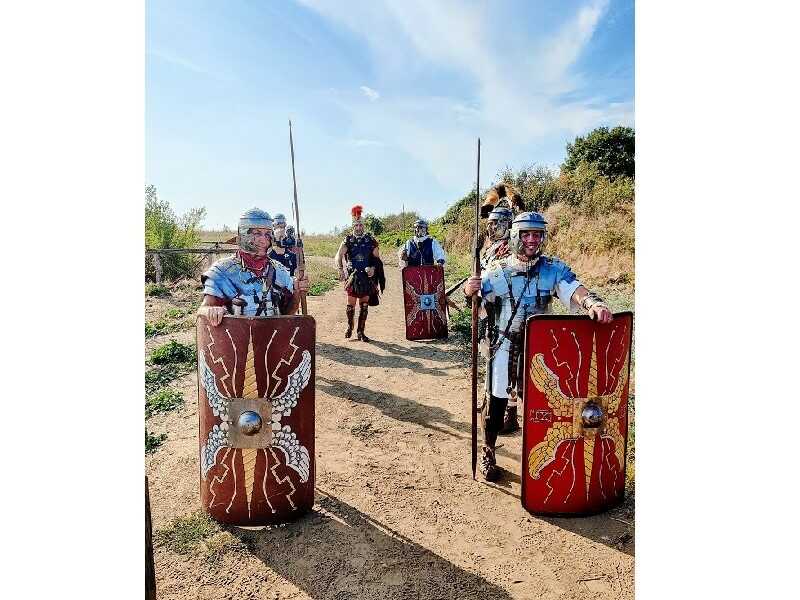 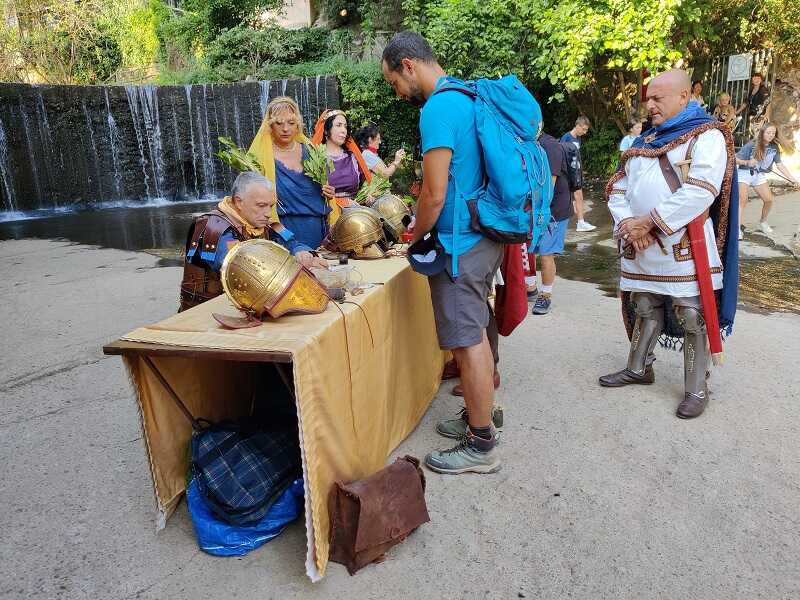 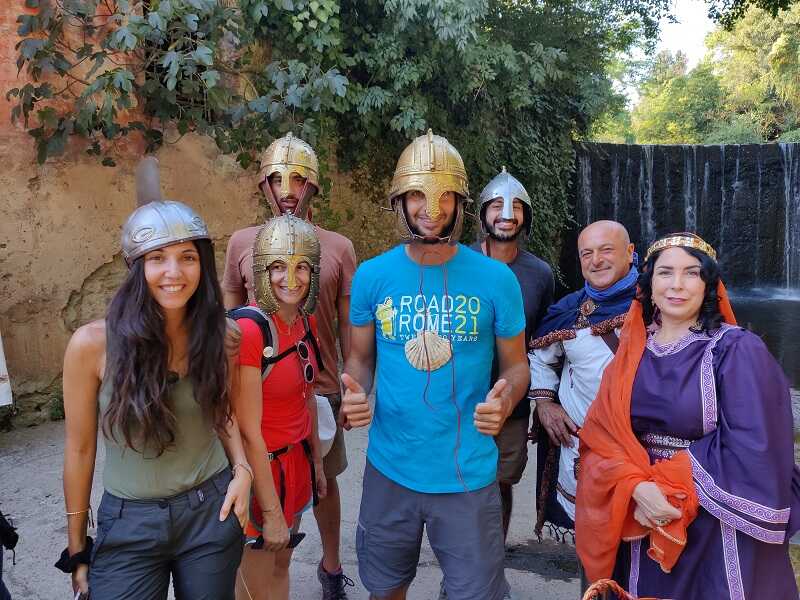 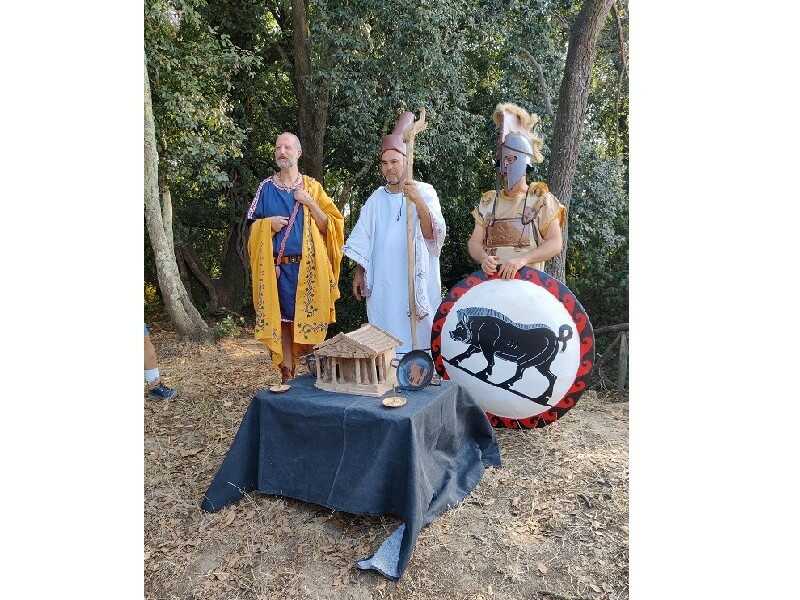 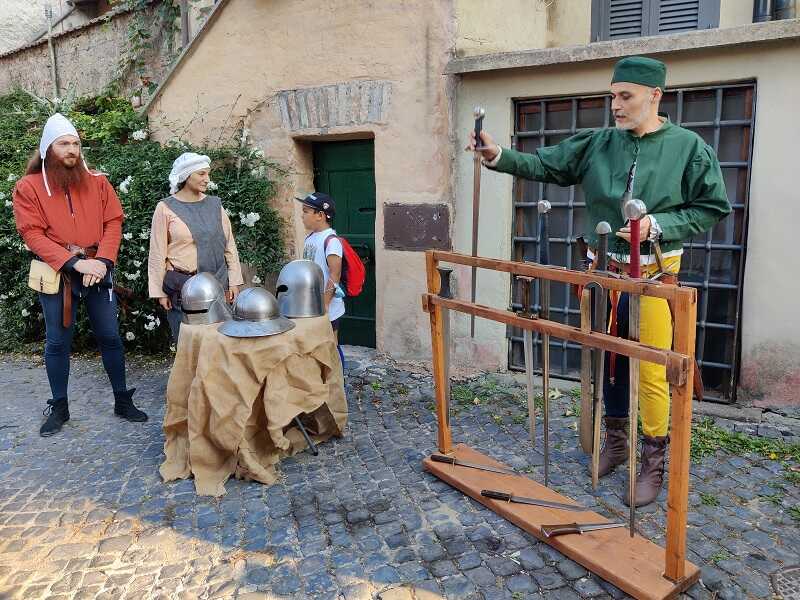