Day 77 – Capranica to Campagnano di Roma: the forests of Sutri!

We departed from Capranica to reach Sutri – the official stage stop along the Via Francigena, adding an extra 6 km to today’s stage – with a small group of walkers: no local associations, no local authorities…just us, the core Road to Rome group, and a steep hill into the forest of Sutri.
I found this forest magical! I’ve been then told that this type of forest, in Italian, is called ‘semi-integrale’, meaning that humans are prohibited from putting their hands on it, except to maintain the trail. Fallen trees stay there and greenery overgrows everywhere – it’s a real, real, real forest!
We then arrived to Sutri, authentic medieval town at the top of a hill. Just outside of the town there is a wide archeological area with a Roman amphitheater from the 1st century A.D.! This amphitheater is entirely carved out of tuff (‘tufo’, in Italian), a red dusty soil typically found in the center of Italy, so it has an amazing color and looks incredibly solid.
I thought I’d seen it all, but then we visited the Mitreo. The Mitreo was originally an Etruscan tomb, which then became a place for worship and rituals for the cult of Mitra. Finally, in the Middle Ages, it became a church dedicated to the ‘Madonna del Parto’, which is the ‘Birth-giving Madonna’. We literally walked inside the rocks and came into an open space with fresco’s depicting pilgrims on their way to Monte Sant’Angelo, along the Southern Via Francigena. There were columns and an altar in the back, where, during the cult of Mitra, bulls were sacrificed, and their blood was drunk. I very highly recommend this visit! Definitely one of my highlights so far!
After leaving Sutri, the weather became warmer, and the trail wasn’t very shady. We soon entered in the regional park Parco di Veio. Several local associations were waiting for us here: Campagnano Art, who brought a selection of stones they had painted with pilgrimage images on them – one of their projects; Corpo Italiano San Lazzaro, who are involved in clean-ups and maintenance of many local walking trails that go through forests; public entity representatives, as referents of the public park itself.
After a couple of kilometers, we all arrived in Campagnano di Roma…meaning we are super close to Rome! We were warmly welcomed in the town, had an amazing dinner and a chat with the new members of the group, and will now sleep in the B&B ‘Spada nella Roccia’. Tomorrow we walk from here to La Storta, the last stage before Rome. We’re unbelievably close, I’m so thrilled!

HIGHLIGHTS
– Walking in an untouched, magical forest
– Visiting the mesmerizing Mitreo in Sutri
– Being suddenly so close to Rome! 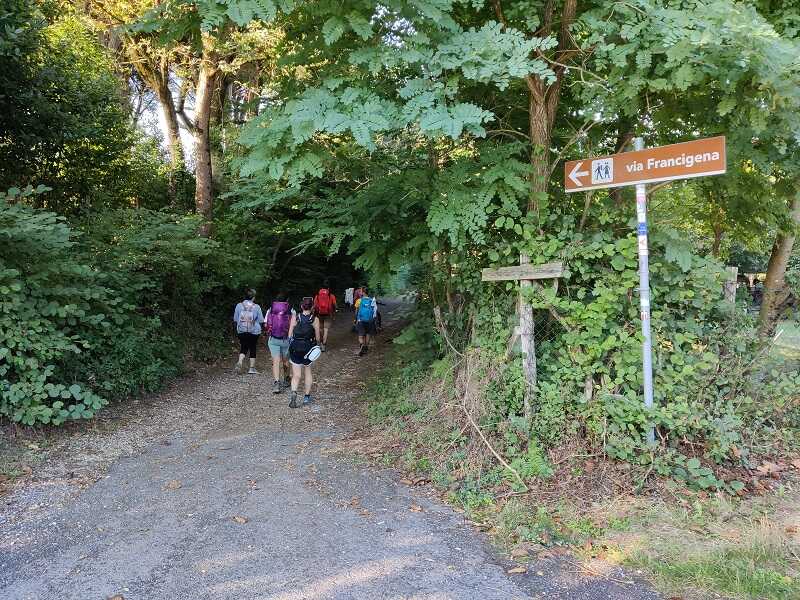 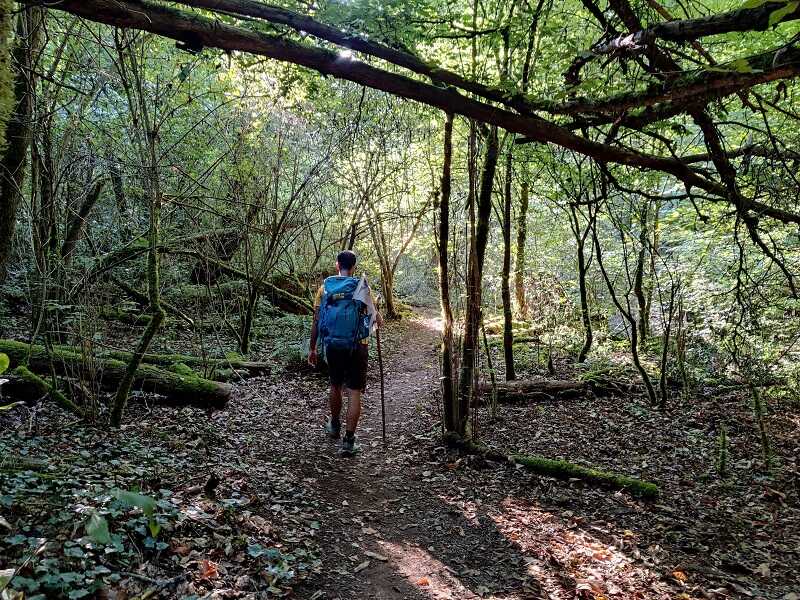 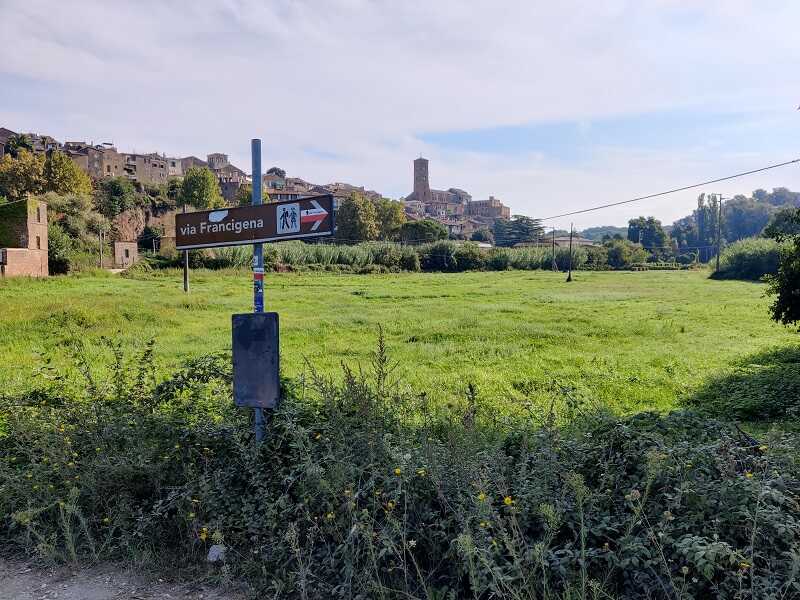 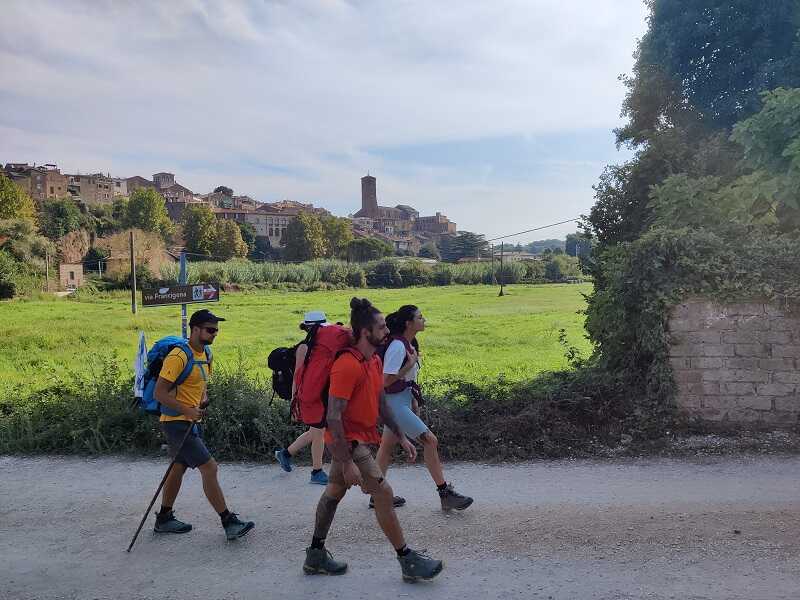 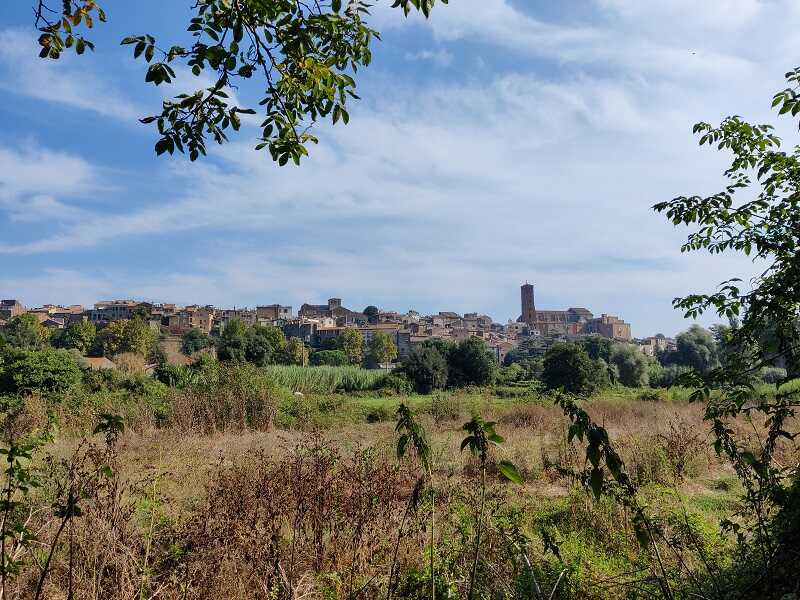 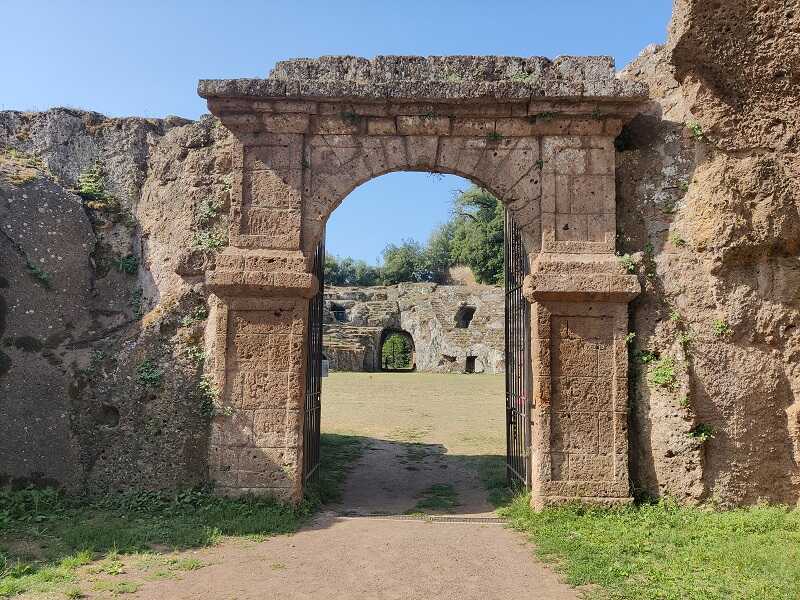 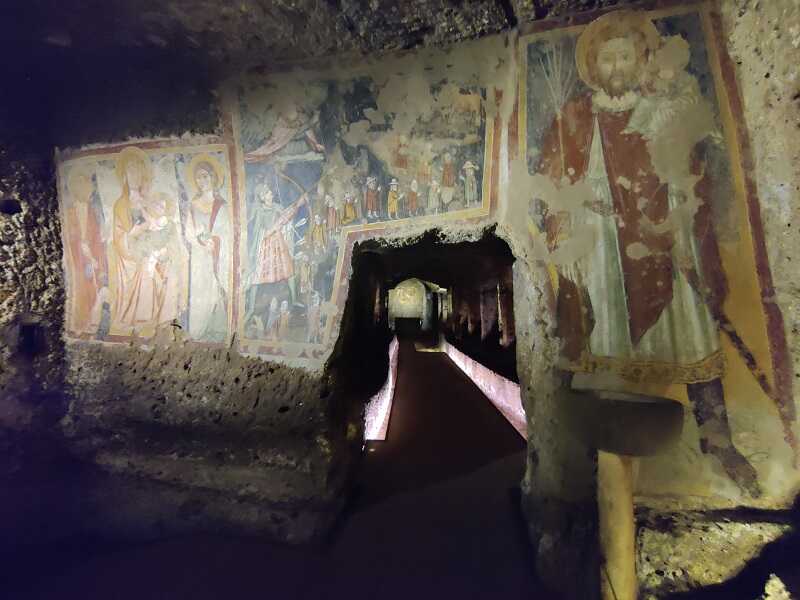 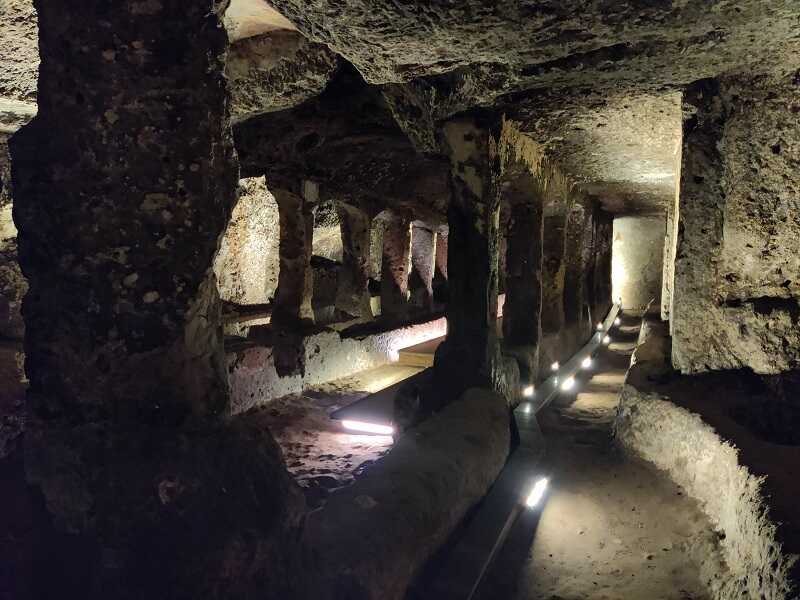 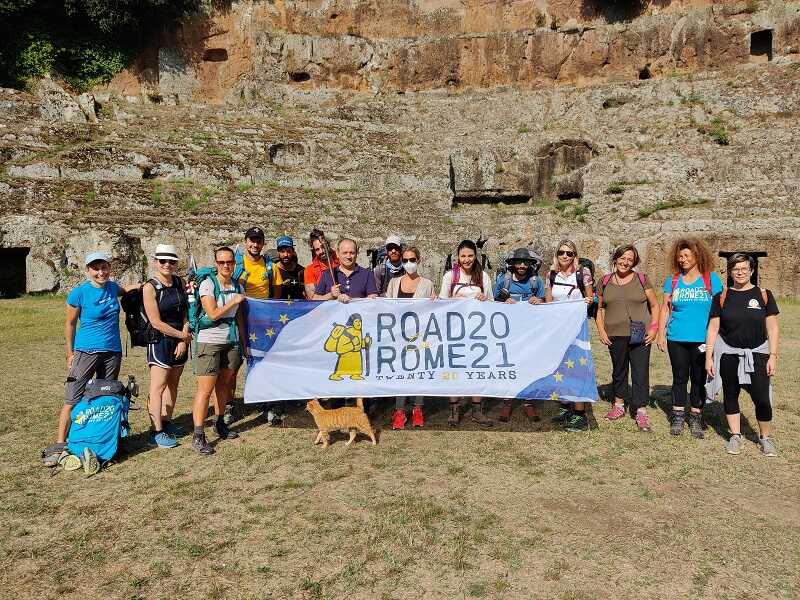 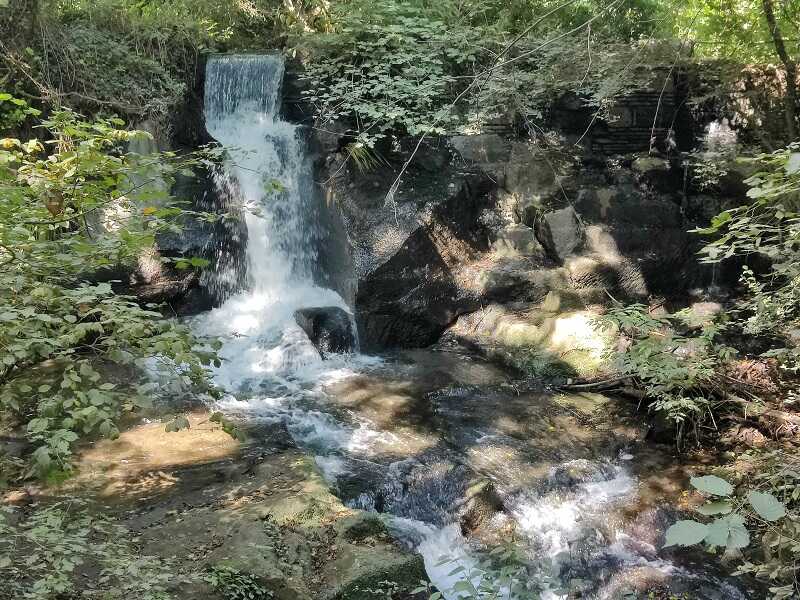 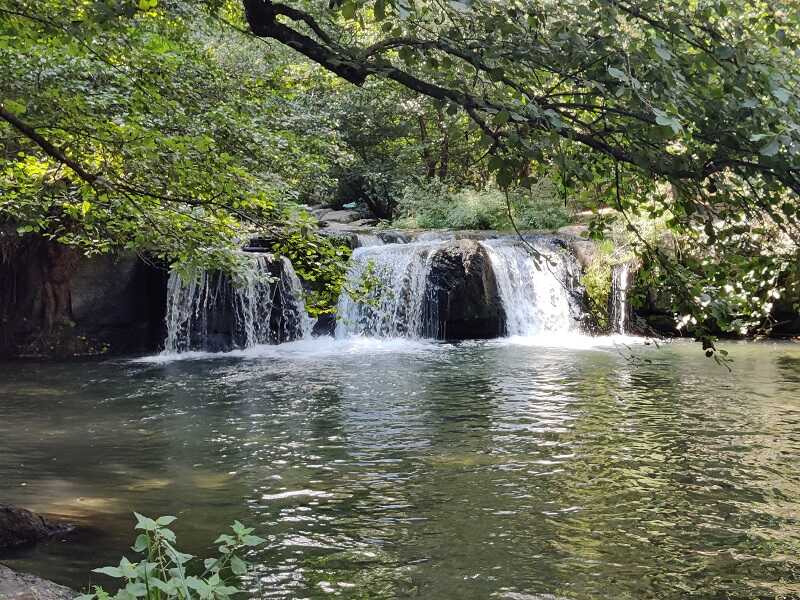 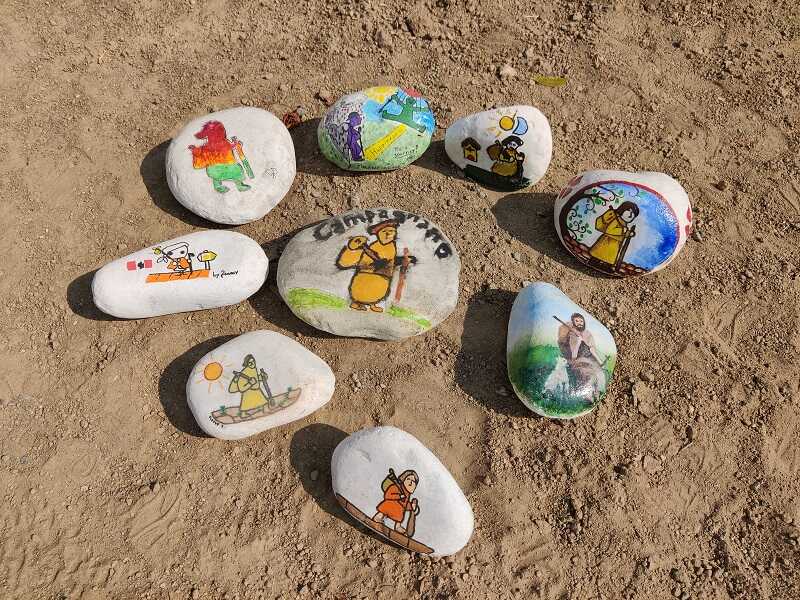 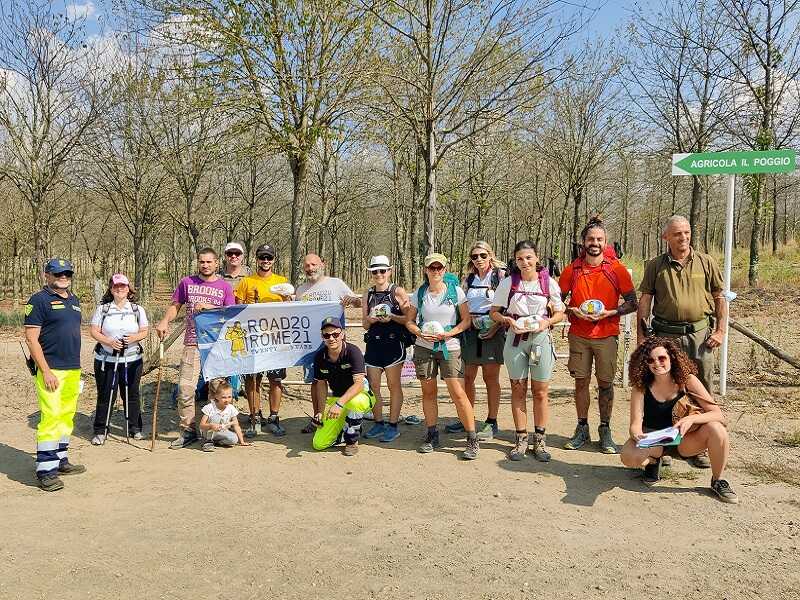