A bath in the hot springs in Gambassi and a ride on a helicopter: yesterday we had an unforgettable resting day, offered by Proloco Gambassi Terme and by the municipality! What a hospitality…I feel recharged to continue walking!

This morning we said goodbye to our ambassadors from @ViaggiaconAlice and to EAVF’s project manager Luca Faravelli. We then welcomed Manuele De Bellis, new ambassador, and Luca Bruschi and Elena Dubinina from EAVF’s staff. Not only: people from all over Italy joined us today – people who have heard about Road to Rome and traveled to catch up with us, such as Ilaria from Lake Garda who will walk with us for a few days. It’s so cool to see that we have a real outreach and people pick up on the event deciding to join us! Andrea, from Livorno, Matteo, from Gambassi, and three ladies from Siena have been following us on social media for quite a long time and have now joined the group too. As you can see, everyone is welcome to join spontaneously – if you are interested, check out our calendar and write to us on Facebook if you have any question!

Lots of ups and downs in the Tuscan hills, lots of dust from these white roads, lots of vineyards and olive trees along our way. It just feels very smooth to walk in this landscape. We had a break in Pancole, where Giovanni Corrieri gave us a tour and told us about local historical traits, such as Dante Alighieri’s story. We then moved on to Pieve di Santa Maria Assunta in Cellole, where Proloco Gambassi Terme caught up with us, once again bringing water and watermelon – yum!

From the beginning of today’s stage, we were able to see San Gimignano in the distance – unmistakable with all its towers. At times it would disappear behind a corner, and then it would pop up again. We saw it getting closer and closer, until we had it right in front of us. San Gimignano is unique and incredibly majestic. The town has 14 old towers in its historical center, but it used to have 74 in the Middle Ages: it’s hard to imagine how exaggeratedly impressive it must have been at that time!

When we arrived in the city center, we had an amazing ice-cream in the main square, Gelateria Dondoli, and then a refreshment with local Vernaccia white wine with a view of the surrounding hills. My eyes are wide open: everything around me is spontaneously poetic and beautiful.

– Many new walkers joining us spontaneously!

– The view of San Gimignano getting closer and closer

Shandra & Angela from the USA 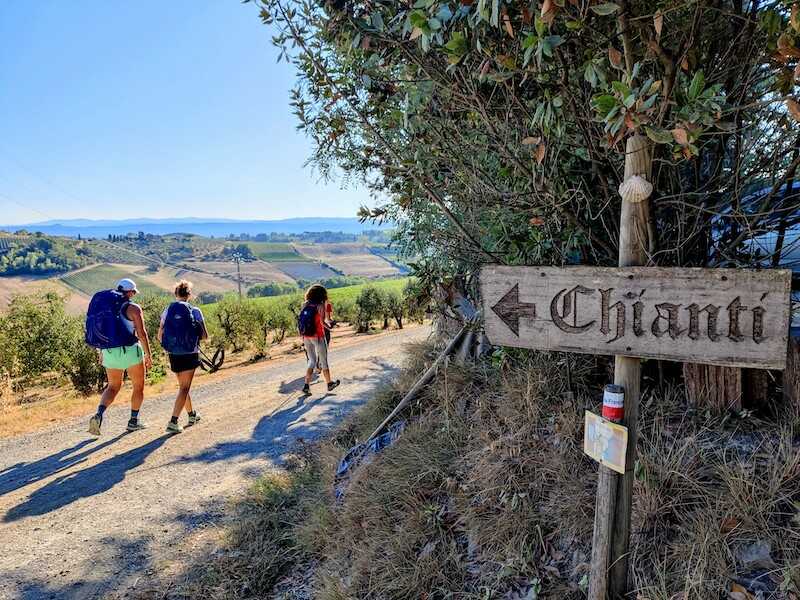 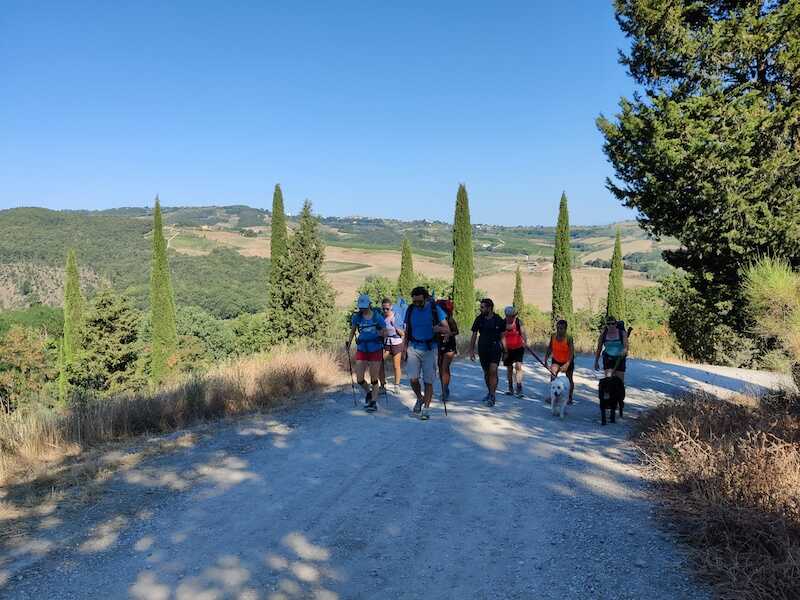 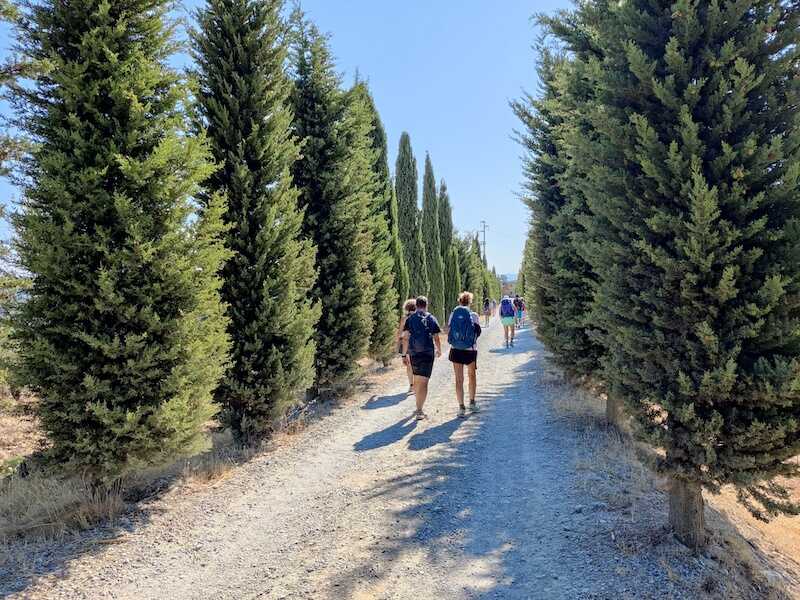 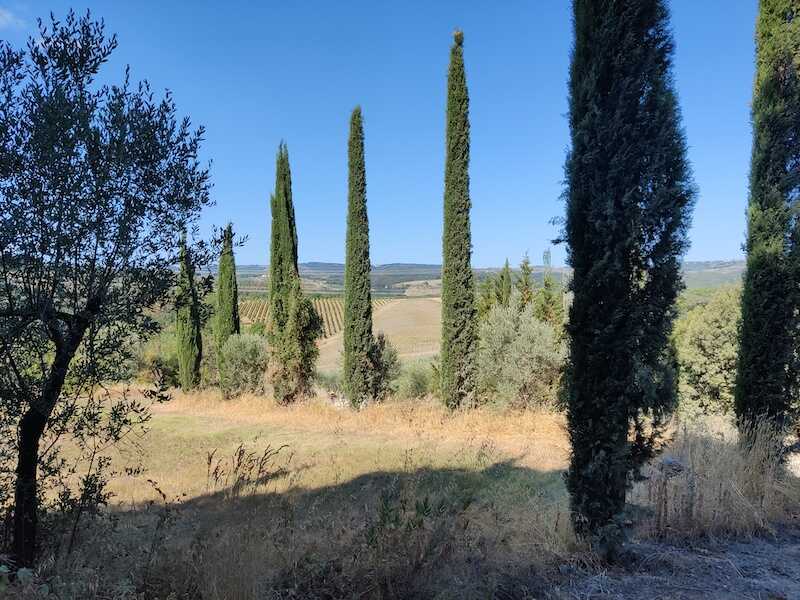 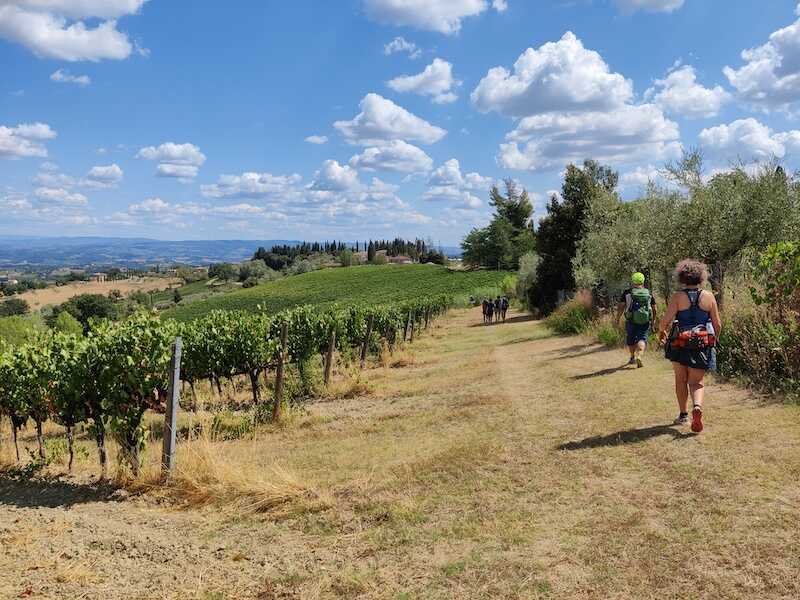 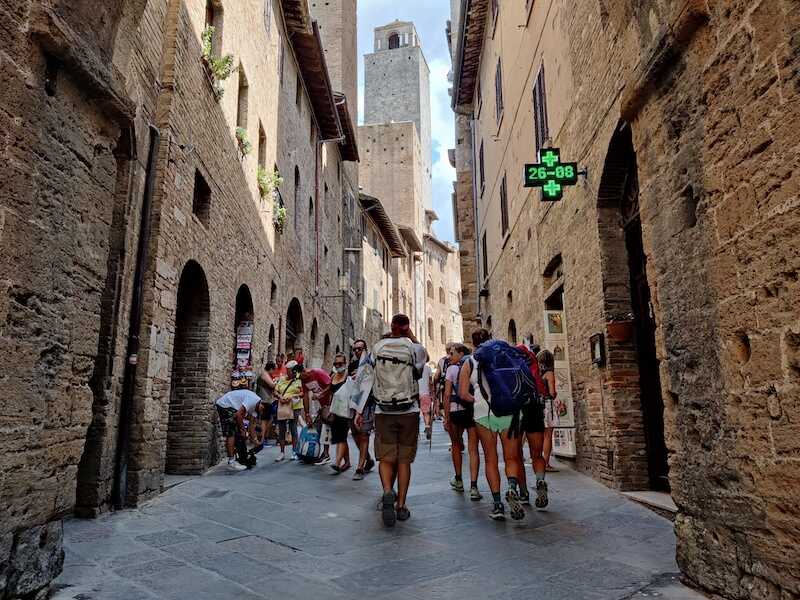 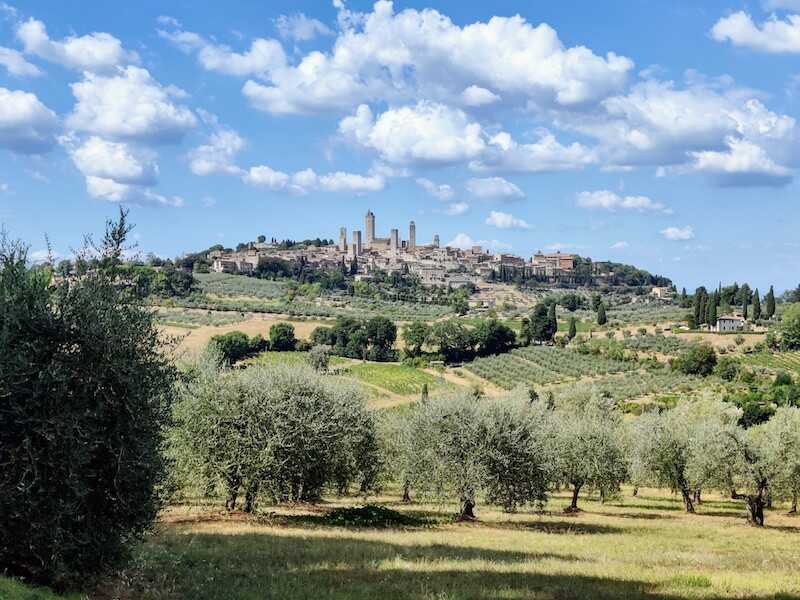 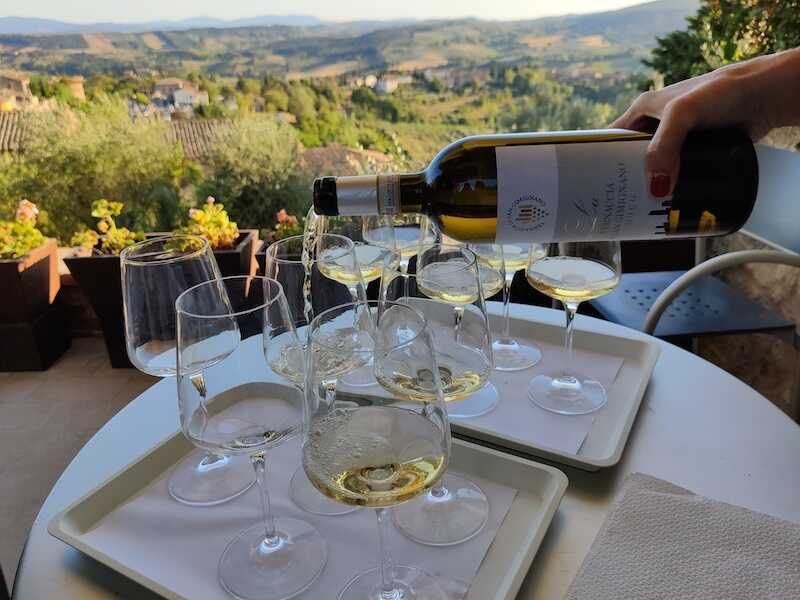 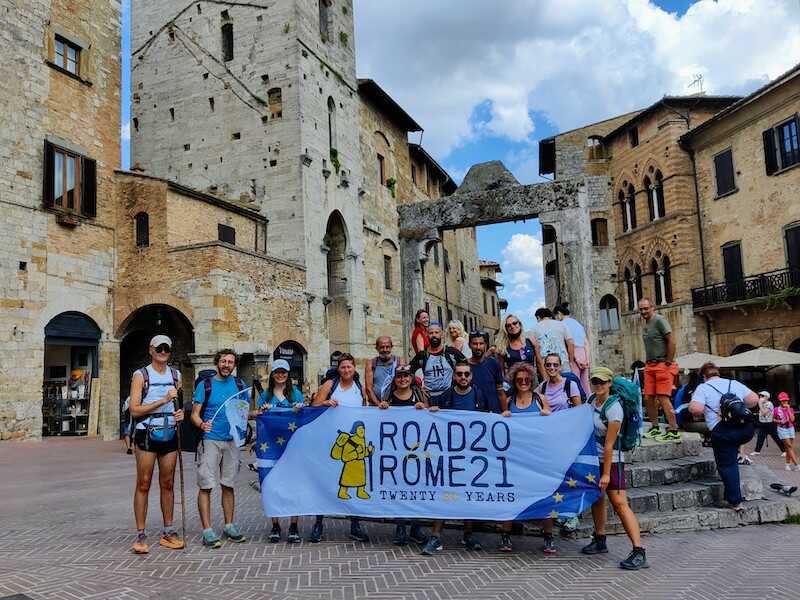