Day 54 – Fiorenzuola D’Arda to Fidenza: a heatwave is always better when shared with friends 🙈

Today’s searing heat has brought Road to Rome home: we have arrived to Fidenza! This is where our association’s headquarters are located, so arriving here had a special meaning for us.
Today’s stage wasn’t particularly long or particularly hard, but with these days’ heatwave it became one of the hardest stages so far. We started walking at 7:20 in the morning, but by that time the temperature had already reached 30 degrees Celcius (86 degrees Fahrenheit). This stage of the Via Francigena is possibly one of the least beautiful ones, because of the percentage of tarmac roads pilgrims have to walk on. Unfortunately though there aren’t any real alternatives for these roads, and shade is also very scarse. All in all a perfect setting for a 38°C day 😆

We were joined today by our friends from Fiorenzuola in Movimento, who are the “trail angels” for this part of the route. This means they take care of general maintenance and signposting among other things, and indeed they were equipped with Via Francigena stickers to be placed in areas where old stickers had disappeared as a result of the elements or where it simply wasn’t 100% clear which way to go. These local “trail angel” associations are the cornerstone of the Via Francigena. They dedicate their free time voluntarily to the enhancement and maintenance of the itinerary, and it has been a true pleasure walking with several of their representatives.

Along the way today some moments of refreshment were planned, luckily for us. A short stop at the Abbey of Chiaravalle della Colomba brought some solace from the heat, thanks to the municipality of Alseno who had arranged some fresh water and fruit for us. Just before Castione Marchese we were welcomed with open arms by Massimo, a local citizen and Via Francigena enthusiast who lives right along the itinerary and who often offers pilgrims some fresh water, the use of his toilet, and in our case even some focaccia with an aperitif (at 10:30 in the morning! 🙈).

After this second stop it was rather hard to start walking again, as the temperature had risen above 35°C. Today we were also accompanied by Valeria, a 45-year-old lady who suffers from cystic fibrosis just like our pilgrim friend Alessio who we met in France and Switzerland. Valeria had both of her lungs removed and transplanted only 4 years ago, but she was with us today anyway. An amazing story of strength and willpower that we keep on encountering along the road.

Upon arrival in Fidenza we were met by the city councilor and a film crew from the regional news channel. After some interviews and a refreshing shower we had a great dinner among friends, colleagues and fellow travellers, after which we each went to sleep in preparation for yet another day in the Italian summer sun tomorrow. Today was also the day we said goodbye to our videomaker Giulia, who has been with us for two weeks since departure from the Great St. Bernard Pass. Taking her place tomorrow will be Filippo, who will be with us for two weeks as well.

– Valeria and her incredible story 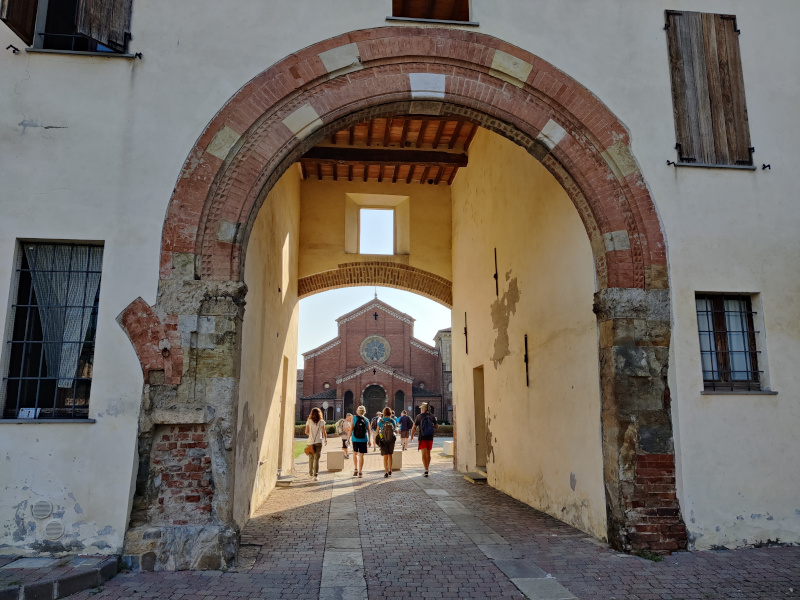 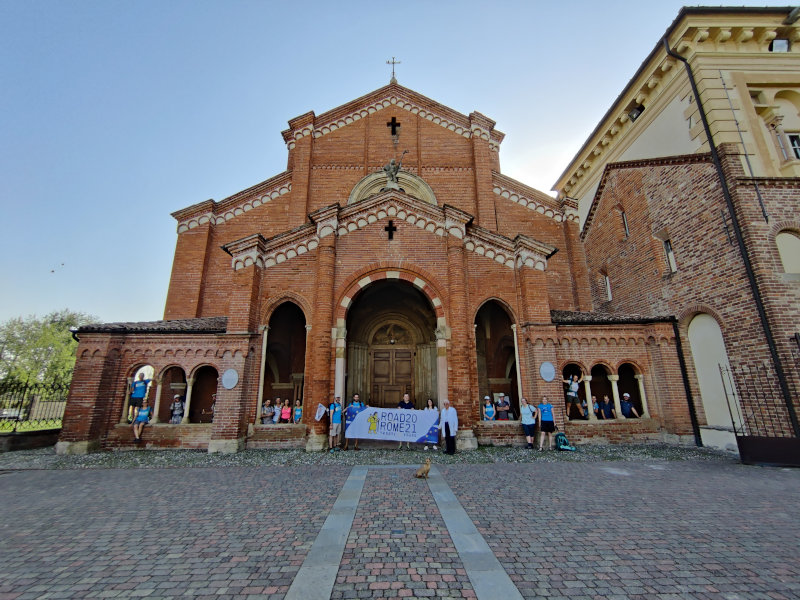 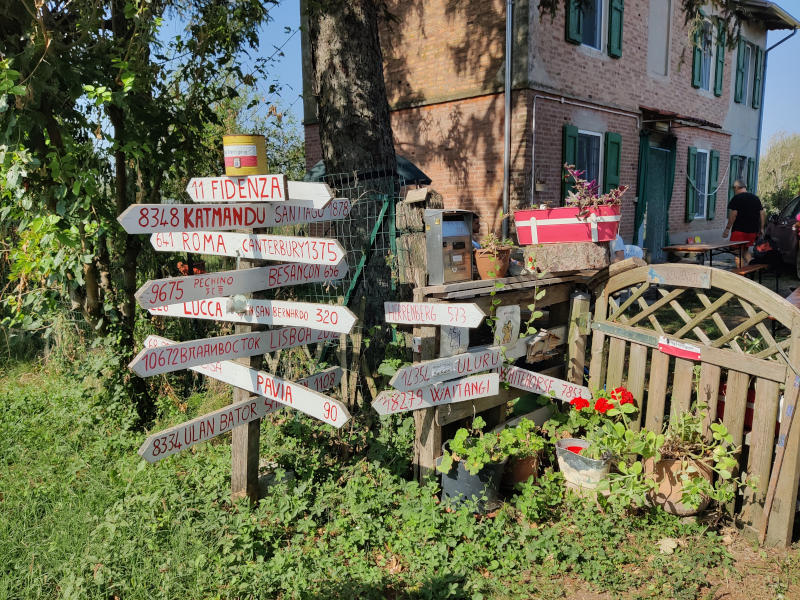 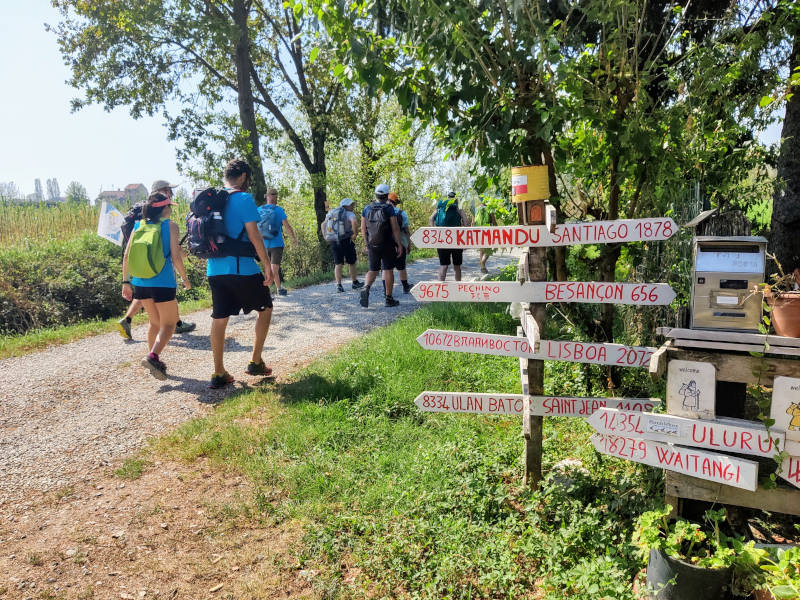 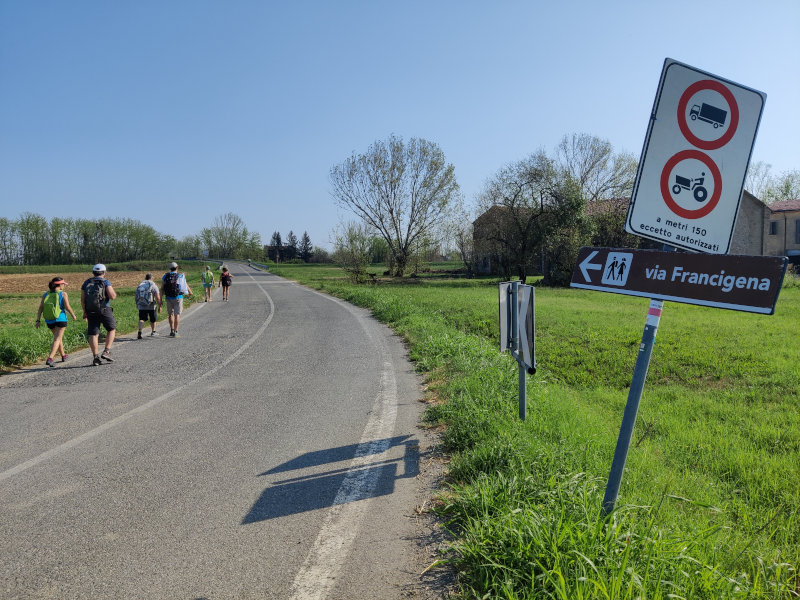 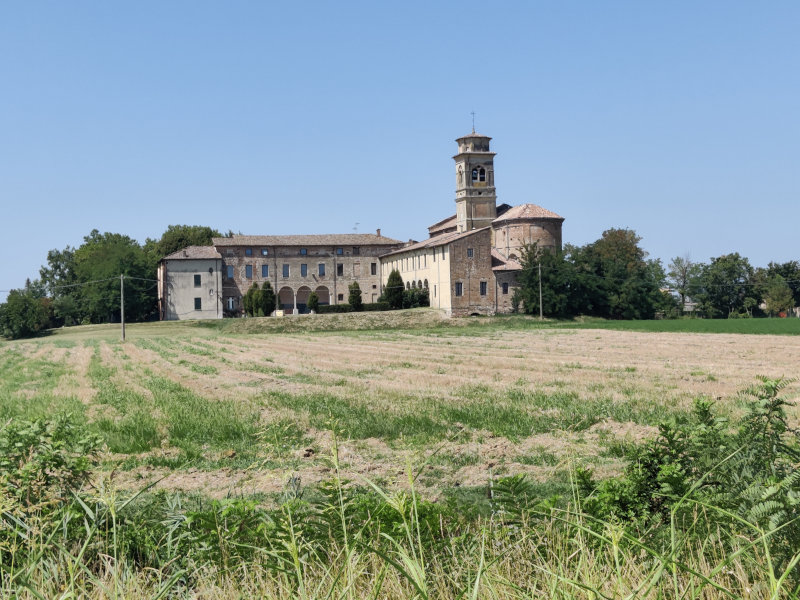 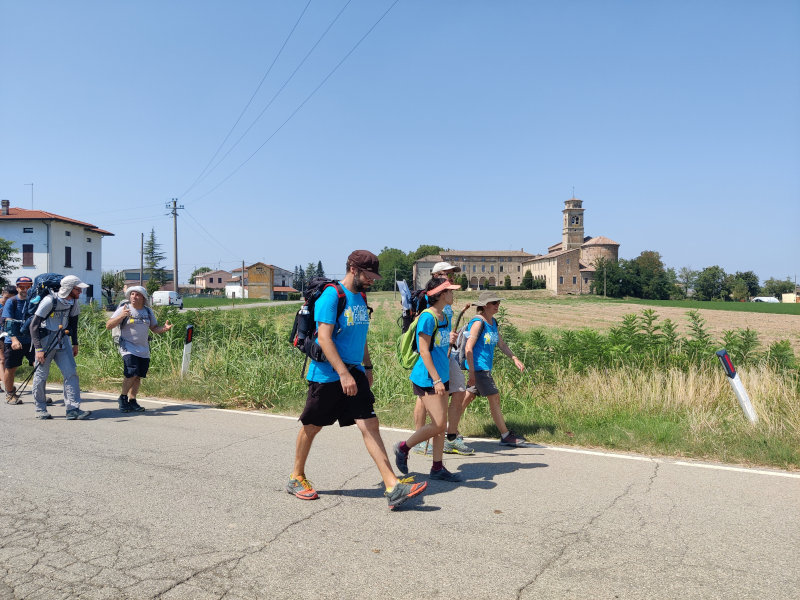 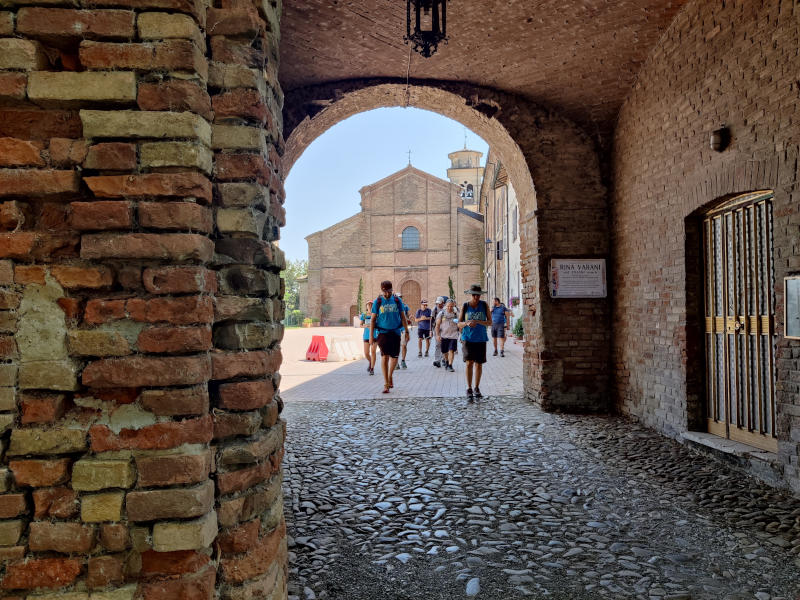 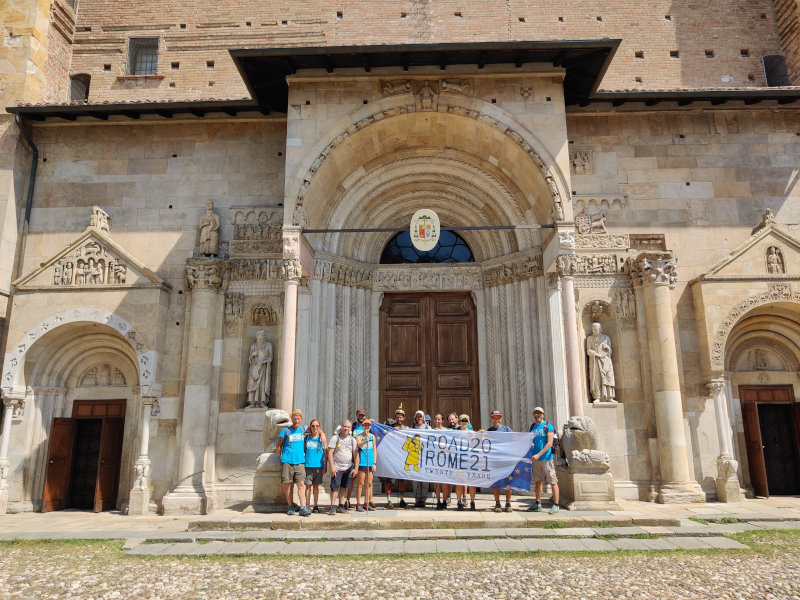