Day 53 – Orio Litta to Fiorenzuola: burning happily under the summer sun in the Po Valley

An early start this morning for us cyclists! To beat the heat we started cycling while the sun was still low, which allowed us to enjoy some morning freshness and it also offered some great photo opportunities! Today was also our last day by bicycle for now; tomorrow we will put on our hiking boots again and continue our adventures on foot. For the first kms until Piacenza we were accompanied again by Orio Bike club as well as some cyclists from FIAB Casalpusterlengo.

At Piacenza we had an amazing welcome by the municipality, with an official moment as well as a tasting of local delicacies such as cold cuts, grana padano cheese, and wine. After we filled our bellies with this yumminess, we continued on our way towards Cadeo where a tasty lunch was waiting for us. The last hour before reaching Cadeo however was probably one of the hardest moments for me so far along the Road to Rome this summer. With no shade, incredible heat, and a relatively high speed, I have to admit that I was suffering a tiny bit there. The hospitality by the mayor of Cadeo however made up for this and after a tasty meal and visit to the new “pilgrim’s square” and sanctuary at Roveleto we continued towards Fiorenzuola, where we were warmly welcomed by the vice-mayor and our friends from Fiorenzuola in Movimento. We made a quick visit to the Collegiata in the center of town, and had a great dinner among friends and fellow walkers before we retired to our beds in preparation for tomorrow’s walking stage.

– The tasty buffet of local delicacies in Piacenza

– Drinking water from the fountain out of a wine glass

– Arriving at Cadeo after an overheated hour in the burning sun

Group of cyclists from Orio Bike and FIAB Casalpusterlengo 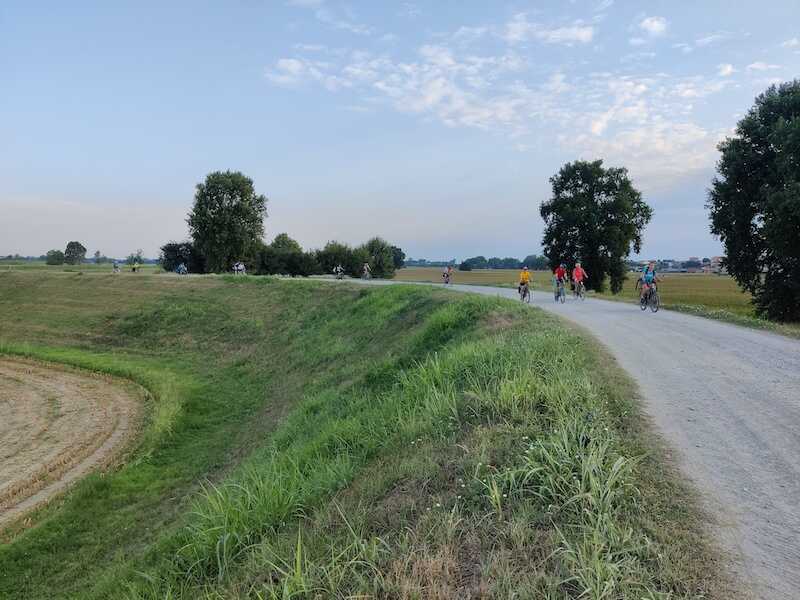 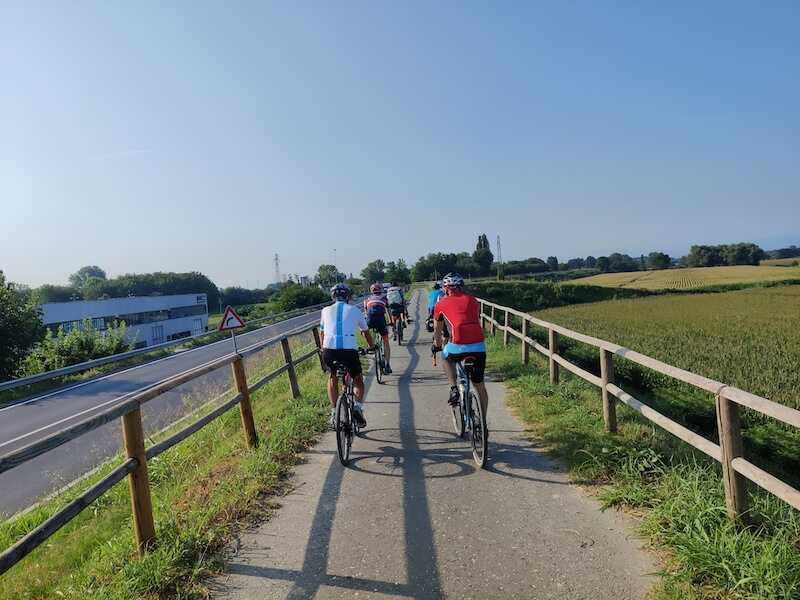 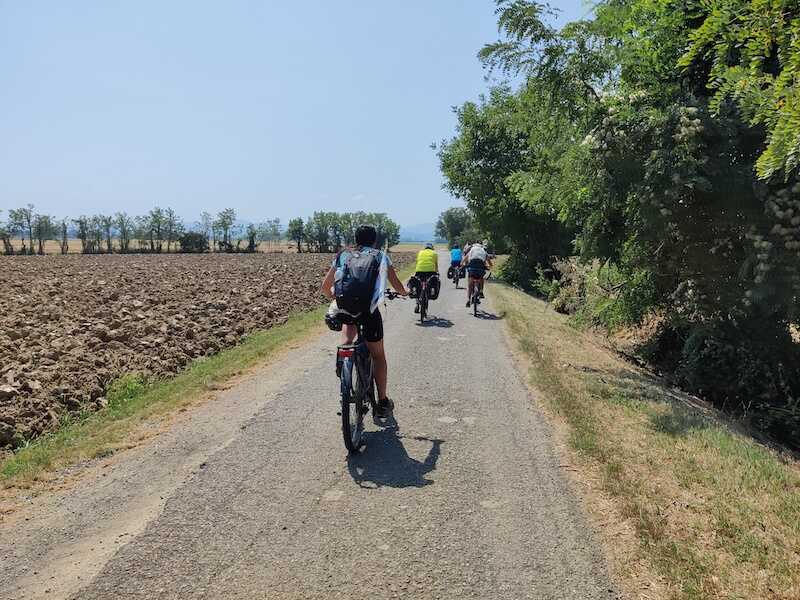 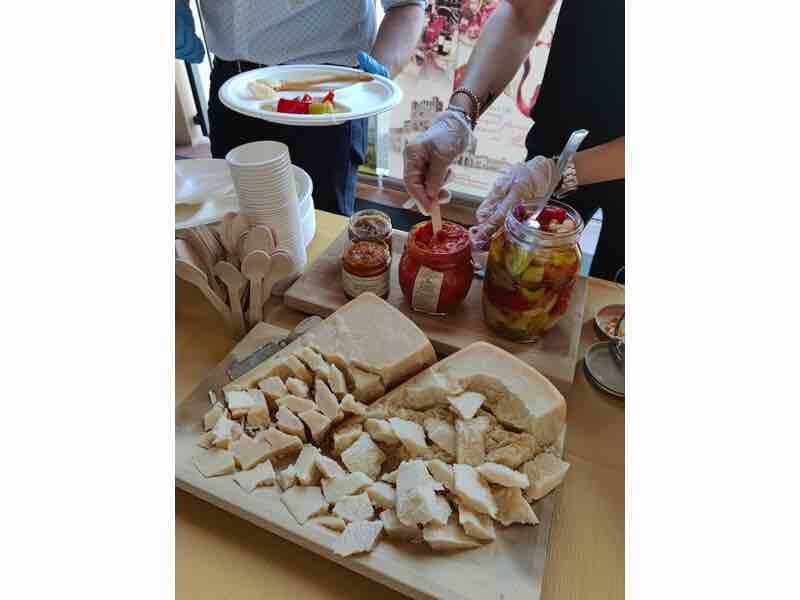 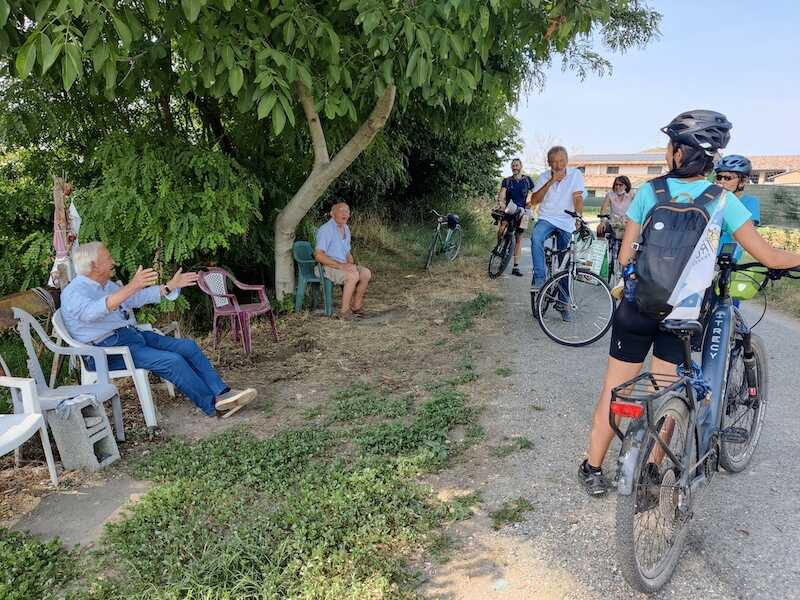 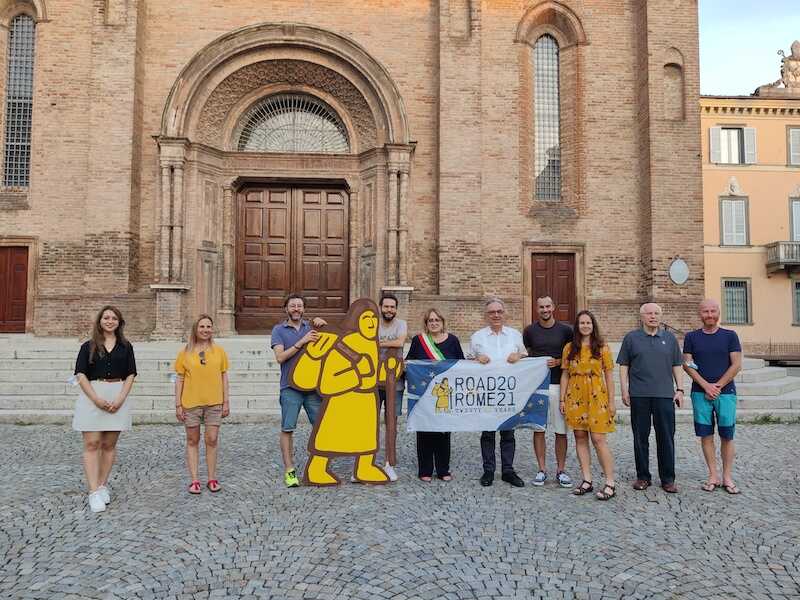