The big heatwave has arrived in Italy! Temperatures up to 36 degrees celcius accompanied us on our way to Orio Litta today, and as a result many drops of sweat were shed along the Via Francigena by our two-wheeled Road to Rome caravan. Luckily for us we’re cycling and not walking in this very moment, because at least the wind generated by our movement brings a tiny bit of solace.

To our great happiness, two refreshing stops were planned throughout the day: the first at the beautiful castle of Belgioioso. Here we were welcomed with an abundant (second) breakfast by the mayor and several town representatives. We briefly visited the castle, which has some beautiful and surprising frescoes and is definitely worth a visit when passing by Belgioioso. We were quite surprised to find such a big and impressive castle in such a relatively small town. When we stepped back on our velocipedes again, temperatures had risen even further and the sun burned even stronger on our skin.

The second stop today was planned at Miradolo Terme where we were welcomed by councillor Andrea Pozzi who took us on a tour of the thermal baths. We had no idea that this small town had such an impressive thermal structure, and we were a bit sad that there was not enough time to take a jump into the gorgeous swimming pool outside. We were however well-compensated at lunch where we were offered one of the best meals of the past days/weeks.

Upon departure from Miradolo we were accompanied by the town’s vice-mayor as well as a big group of locals. With them was also a group of cyclists from Orio Bike who guided us during the last few kms in the searing heat towards Orio Litta. We made a quick stop at the beautiful Castle of Chignolo, and upon arrival in Orio Litta the monumental Villa Litta Carini welcomed us in all its splendour.

Tomorrow we will have our 6th (well-deserved) rest day here in Orio Litta, after which we will have one more cycling day ahead of us before putting our walking boots on again. Temperatures continue to rise here in Italy, meaning that the next few days will be a true challenge for all of us.

– Great hospitality in the beautiful castle of Belgioioso

– Amazing hospitality in Miradolo Terme with a super lunch

– The Castle of Chignolo and Villa Litta Carini

Group of cyclists from Orio Bike 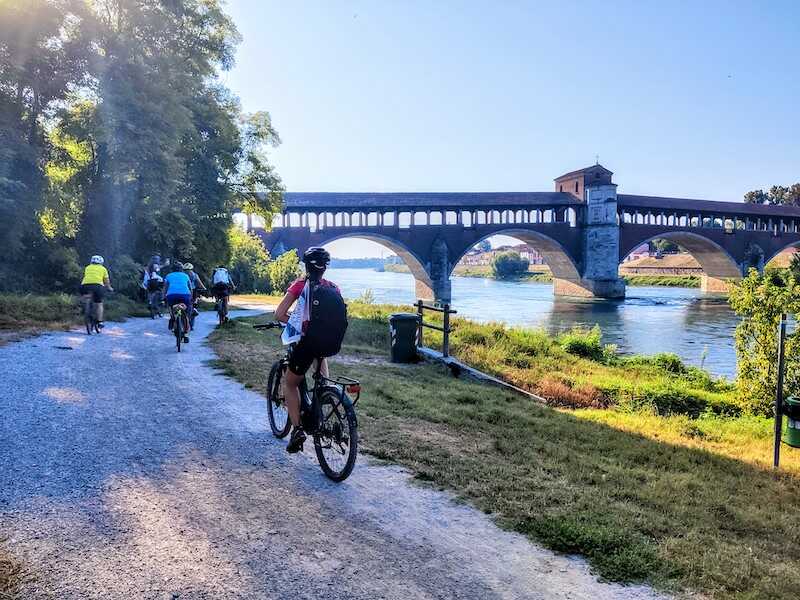 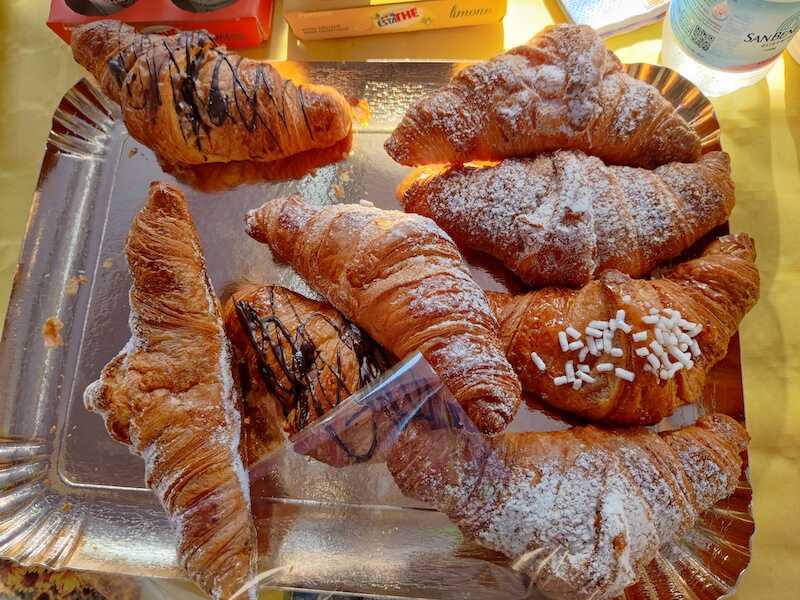 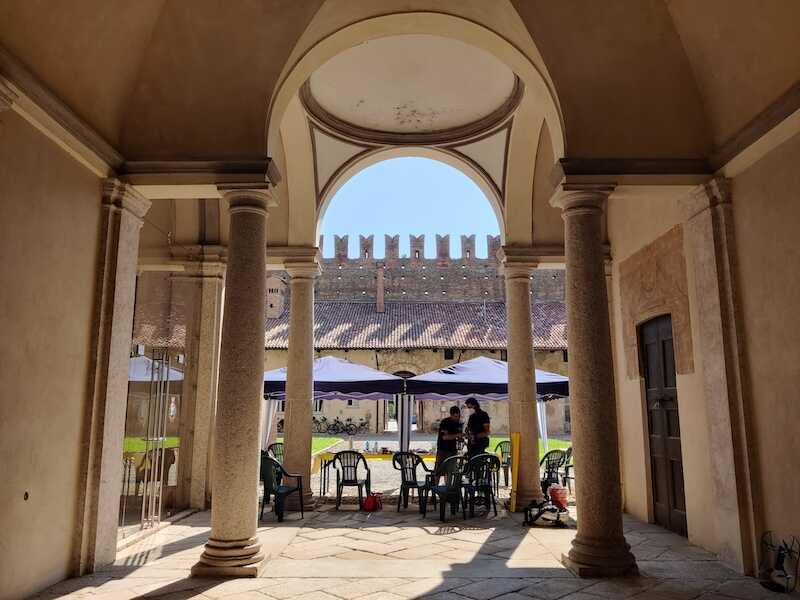 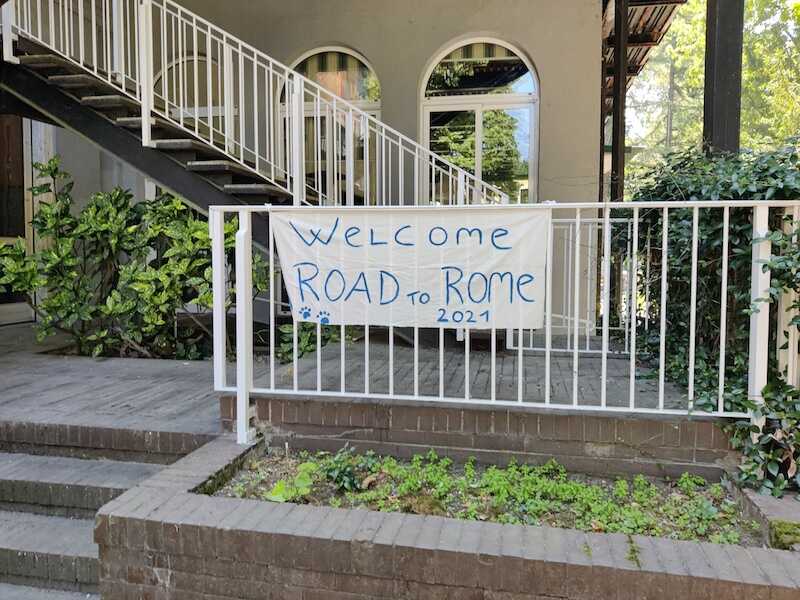 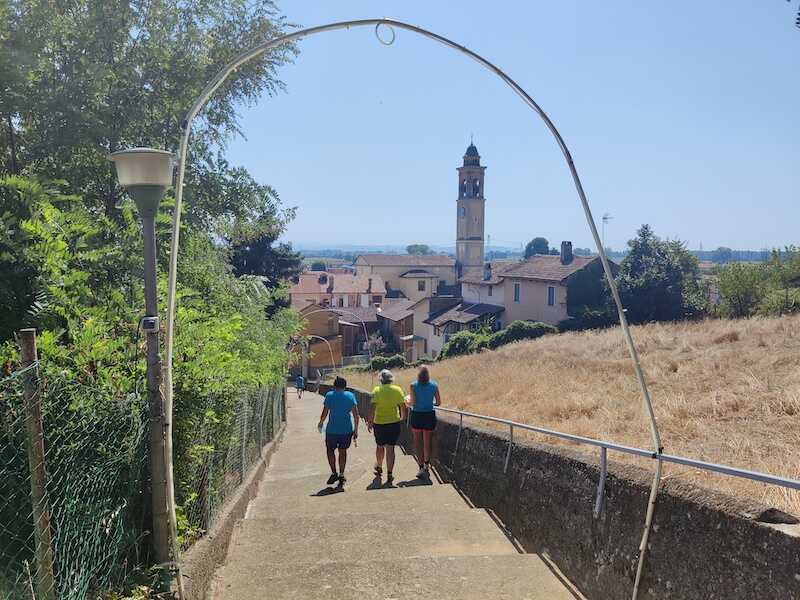 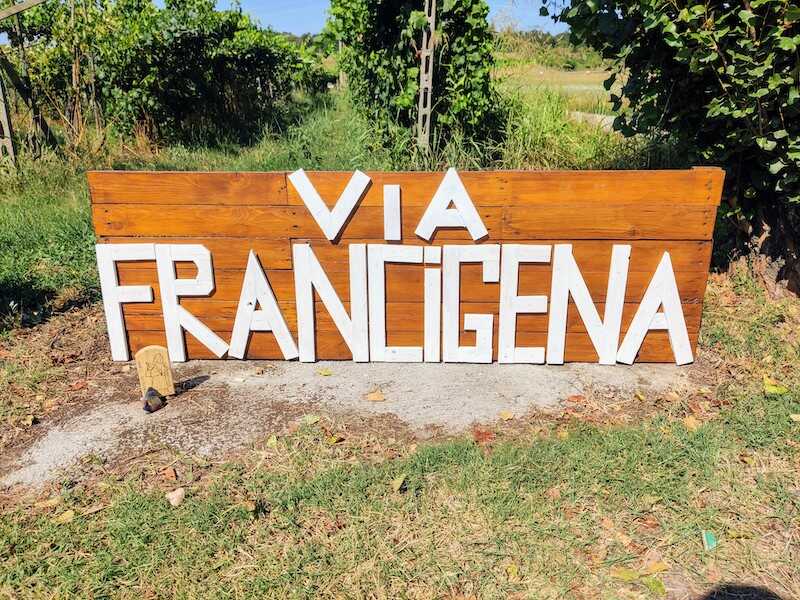 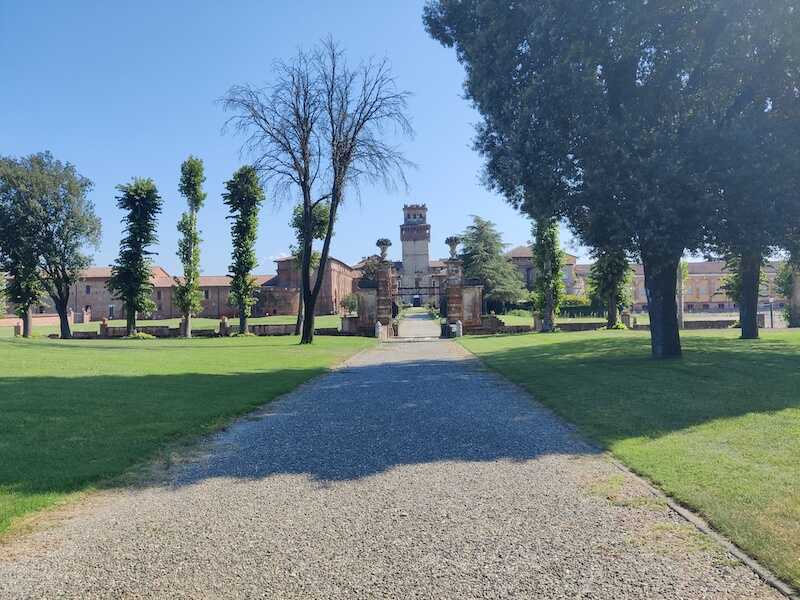 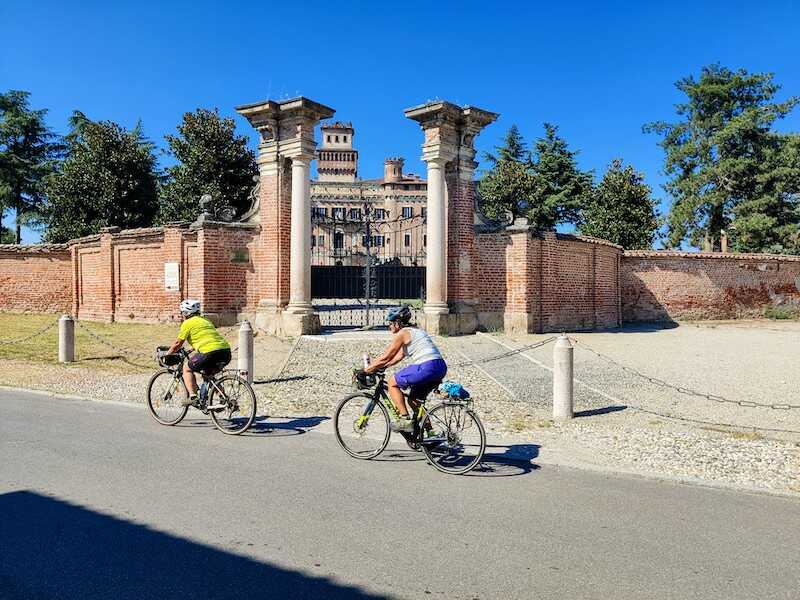