Day 51 – Mortara to Pavia: early-morning grappa and a rice-based safari

Road to Rome has arrived in Pavia!! A couple of flat tires throughout the day could not stop our group of cyclists, and through sandy roads and fields of rice and corn we made our way slowly towards the beautiful city of Pavia, where we were warmly welcomed by the local community.

On our way to Pavia we met Carlo, a true character along the Via Francigena. On his Graziella bicycle painted in the colours of the Italian flag he came towards us and invited us to his home. This is what Carlo does: he cycles around his area “on the hunt” for Via Francigena pilgrims, and then he invites them home for a refreshment, the use of his toilet, and anything else a hungry or thirsty pilgrim may need. Of course we couldn’t leave before interviewing Carlo officially for our documentary, after which he offered each of us a glas of honey-flavoured grappa (at 10 in the morning! 🙈)

Two official stops were planned along the way: the first one in Garlasco where we were warmly welcomed by a city representative. After some refreshments we continued on our journey, and at Gropello Cairoli the second stop was already waiting for us. First of all we met the mayor and some local representatives for the official welcome and photos in the communal gardens, after which we went to the Riserva San Massimo. We were taken on a 45-minute long “safari” ride through the Riserva, which is a very fascinating place. The Riserva San Massimo produces rice (what else, in this region!), but not simply on a big field but instead in a natural area filled with with trees, animals, and water sources. Afterwards we had a great lunch, obviously rice-based.

For the last kms along the Ticino river we were accompanied by some local cyclists from the Bike Club Gropello. Upon arrival to Pavia we were again warmly welcomed by the local administration, after which we had an early dinner and retired to our beds.

In the next days we’re about to enter a heatwave here in Italy, meaning that the upcoming stages will be particularly challenging. But with enough water and a well-deserved rest day in Orio Litta on Thursday, there shouldn’t be any problem 💪🏻

– Drinking honey-flavoured grappa at 10 in the morning 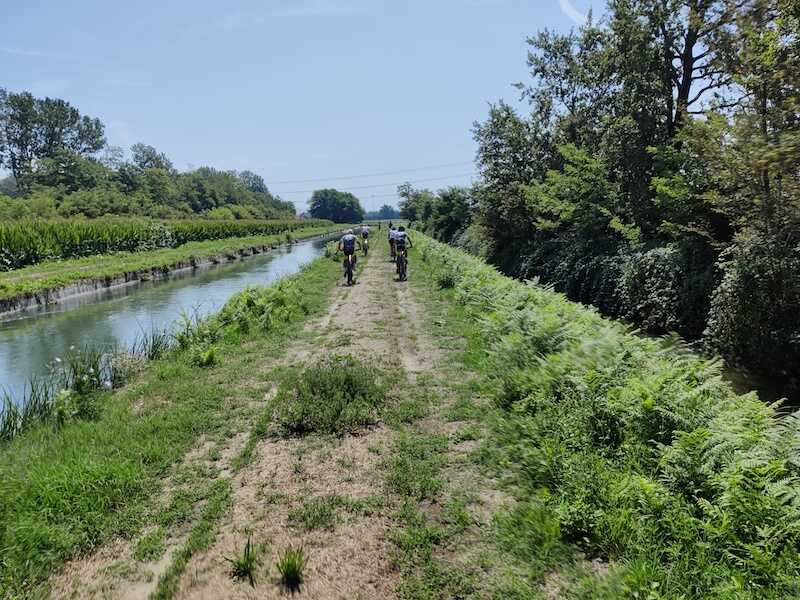 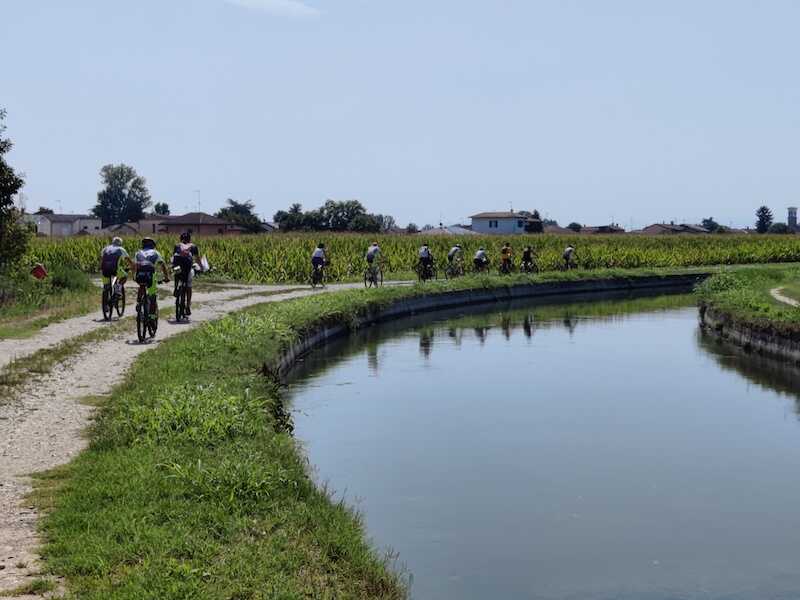