Day 49 – Viverone to Vercelli: from walking boots to padded pants

We are back on our bicycles! For the next five days we will be exchanging our walking boots for padded cycling pants and roll our way further south along the Via Francigena.

These stages by bicycle have been chosen on purpose, because the heat, humidity, and mosquitoes in this area of Italy tend to be a bit more manageable by bike compared to walking. Accompanying us these days on the road (and in the saddle) are our 3 new RTR ambassadors: Augusto Duarte (@ciclo_wine), Monica Nanetti (@secelhofattaio), and Ilaria Allasina (@ilaria_allasina), as well as Alberto Conte from Movimento Lento.

No rain was expected for today, and indeed the weather was perfect with continuous sun and a slight fresh wind. We started cycling from Viverone with a nice big group, and had a first meeting at Roppolo with the mayor of the town. We continued on our way and met several locals in Cavaglià as well as in the countryside, who created yet another “sosta del pellegrino”, this time also called a true “oasi”. We had another institutional meeting planned in Santhià, where the mayor gifted us yummy pilgrim’s cookies. The Via Francigena in Santhià is very visible because many, big wooden pilgrim figures have been placed all around the town. Amazing!

With us today by bicycle was also Fabrizio Topatigh from Bollengo. Fabrizio’s story is a special one, it’s a story that needs to be told. When Fabrizio was 8 years old, he started suffering from severe infections in his right leg. Years of operations and cures later, at the age of 15 he wasn’t able to bend his knee anymore. Fabrizio learned to live and to walk with his disability, but of course cycling (his passion) became very difficult without the possibility to bend one knee. He decided however that he would not let his disability prevent him from doing what he loved most, and he decided to have a special bicycle made for him: a bicycle with only one moving pedal, while the other one remains at the bottom without moving.

Fabrizio has won several national sports titles in the past years and is a great example of positivity and determination. It was great to have him with us today!

Upon arrival to Vercelli we were invited by the city to visit the cloister of the St. Andrea church, which was especially opened for us. After a nice dinner, and many mosquito bites later, we turned in for the night in preparation for tomorrow’s cycling stage to Mortara.

– The “oasi del pellegrino” in the countryside 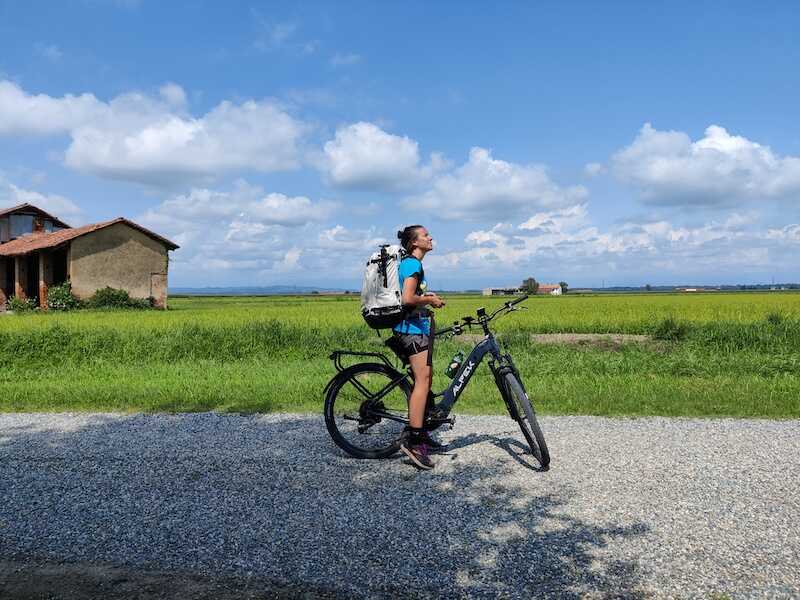 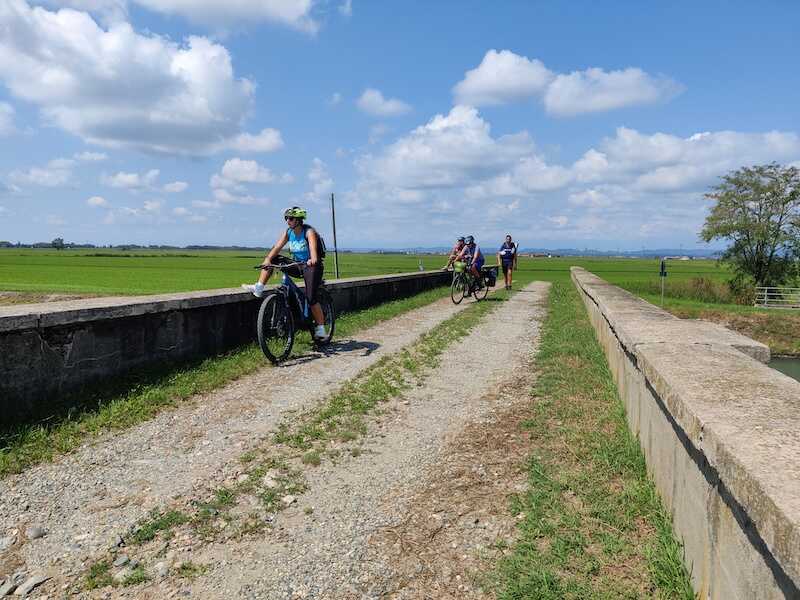 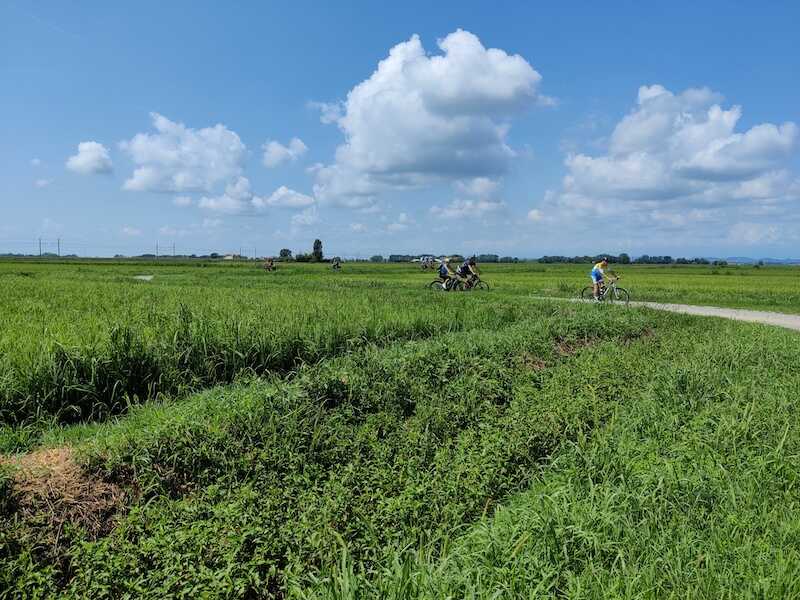 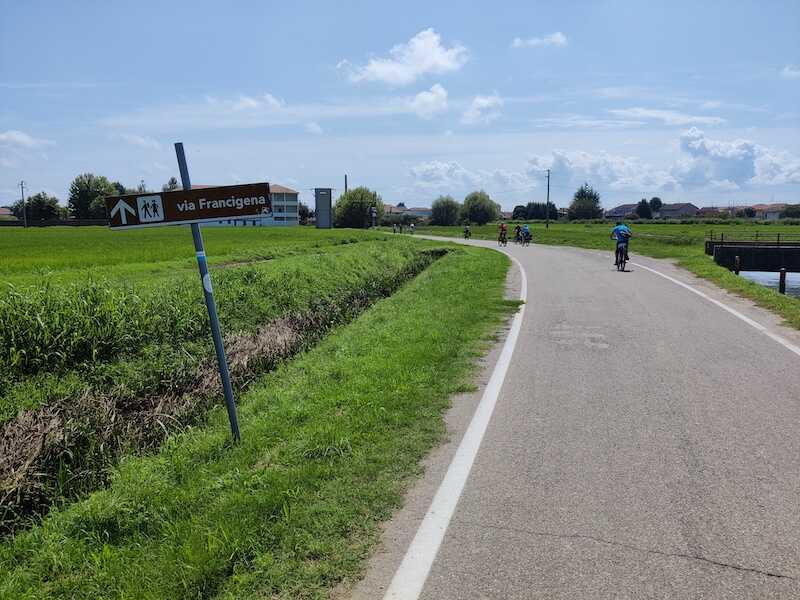 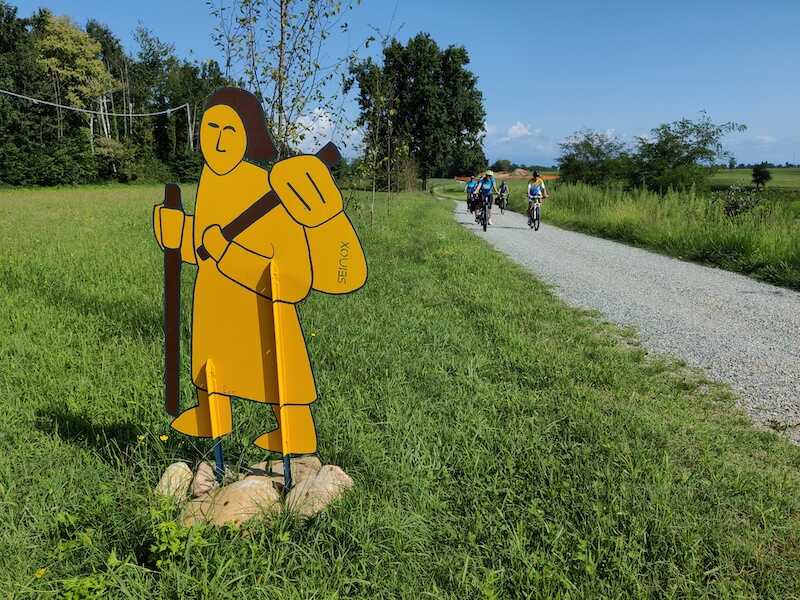 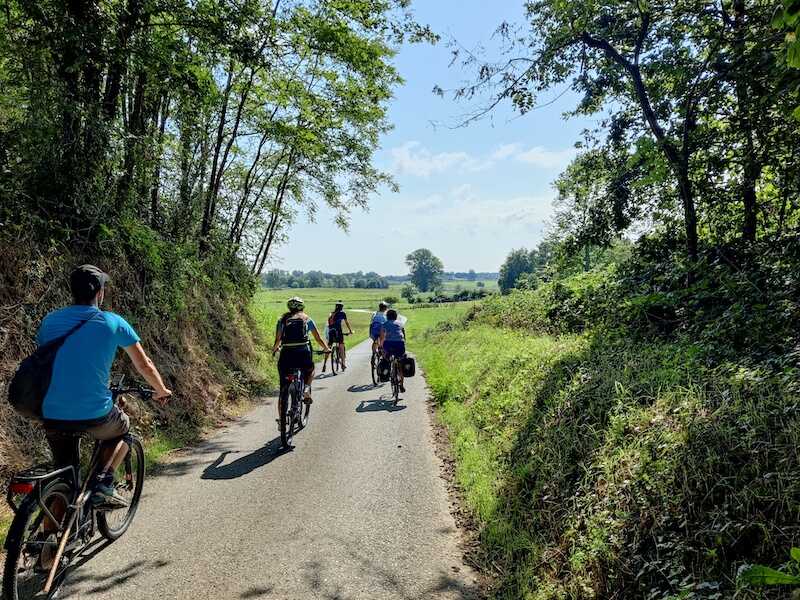 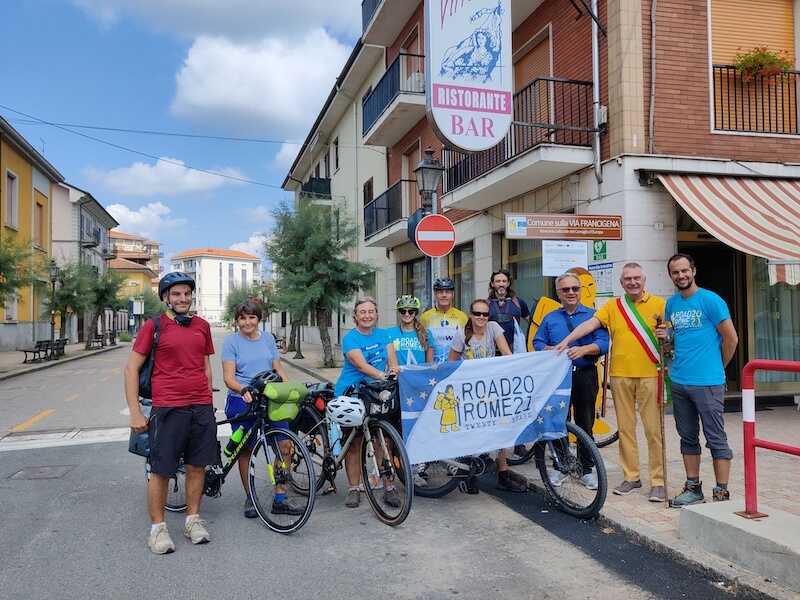