Leaving Martigny this morning, we officially started our climb up the Alps. Three stages, including today’s, split us from the Great Saint Bernard pass, the highest peak of the entire Via Francigena.
I must say, the mountains were not inviting: there had been a thunderstorm during the night and we woke up inside a gray cloud in the rain. Not the best start, but a group of fearless pilgrims was waiting for us at our meeting point, just out of town, giving us the courage we needed to head uphill. As well as vice-president Gaetan, who is walking with us across Switzerland, Martine Gautherone, EAVF’s vice-president managing the Via Francigena in France, also joined us. We were also accompanied by hikers from the local Quasimodo Association.
We were ready to walk in the rain the whole day, maybe even all week, but it actually stopped after 15 minutes. The sky progressively cleared out throughout the whole day, leaving us in a magical mountain sunshine and colors came out in all of their brightness.
The first part of the stage went across the forest and was pretty steep. I would say this was one of the toughest stages so far, also because of the wet, slippery, stony ground which kept our eyes stuck to the ground, checking where to put our feet. Regardless, I was impressed by my travel companions: everyone, in particular a group of 75-years old ladies, seemed comfortable with such physical effort. Even more, I was stunned by the meditative atmosphere that the mountain automatically created. Today we mostly walked in complete silence, each of us absorbed in the climb, in nature and in their thoughts.
We came out of the forest into Bovernier, where more hikers joined us, and walked together to Sembrancher, where both the forest and the sky opened up completely, breaking into a beautiful panorama with a sunny sky. During our lunch break in the square, we came across a group of walkers from Calais who had witnessed our moment of departure for the Road to Rome! They had lunch with us and told us how each year they cover a piece of the Via Francigena, summing up to 10 years spent along the route.
The Via Francigena takes a tight turn after Sembrancher and heads south, towards Orsières. Throughout the last few stages, the route has had a lot of zigzags in order to get through hills and mountains. We enjoyed a great view after leaving the woods: a reward for today’s climb. A lot of pictures, a lot of nice conversations, and this last part of the stage was over quite quickly. EAVF’s vice-president Gaetan also works in the tourism office of the Great Saint Bernard pass, which develops in all the surrounding towns, including Orsières. He helped us organize and find our way around, making our arrival also very easy.
So here is day one out of three of our climb up the Alps. What I am enjoying the most is the contrast between the physical challenge of climbing a mountain and the mental ease and relaxation it gives me. Sometimes I can only think of one thing: the top of the pass! 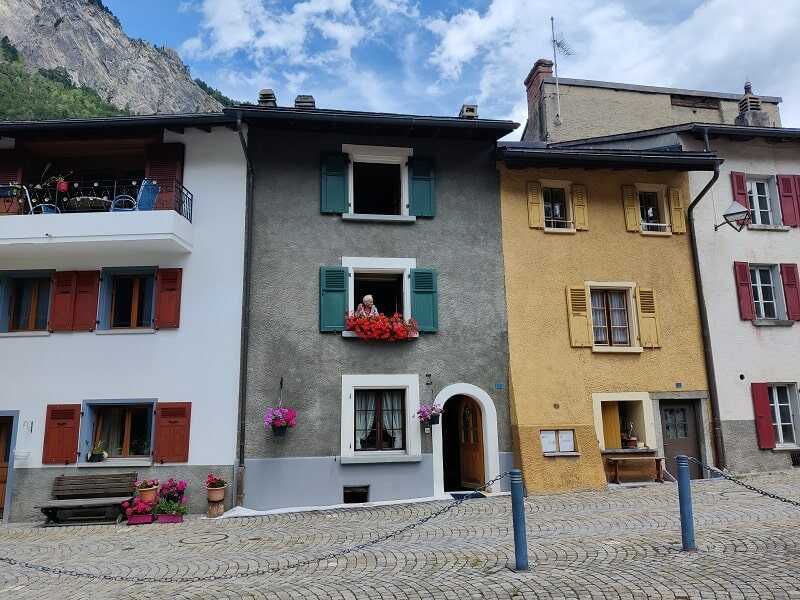 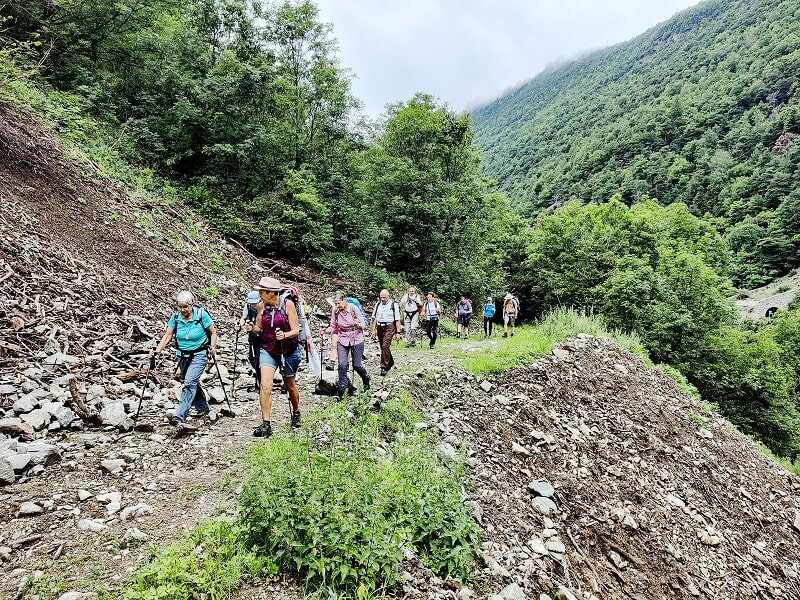 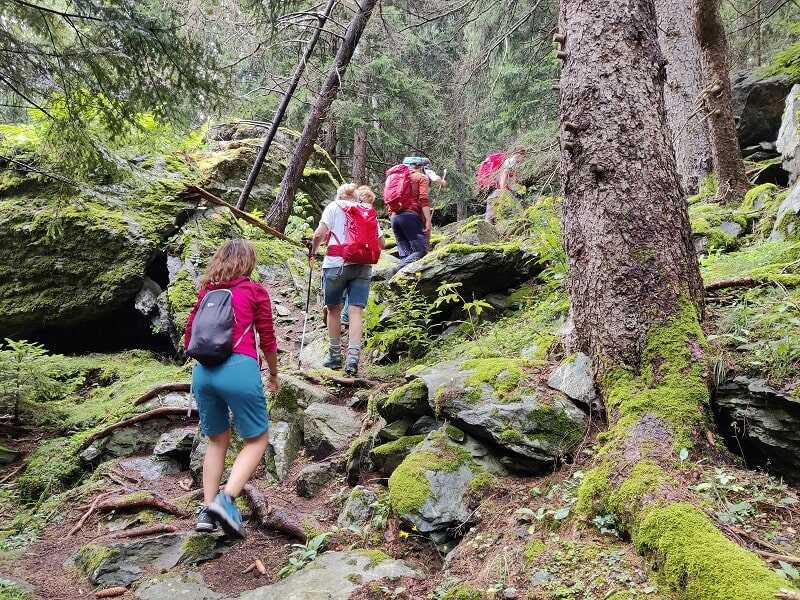 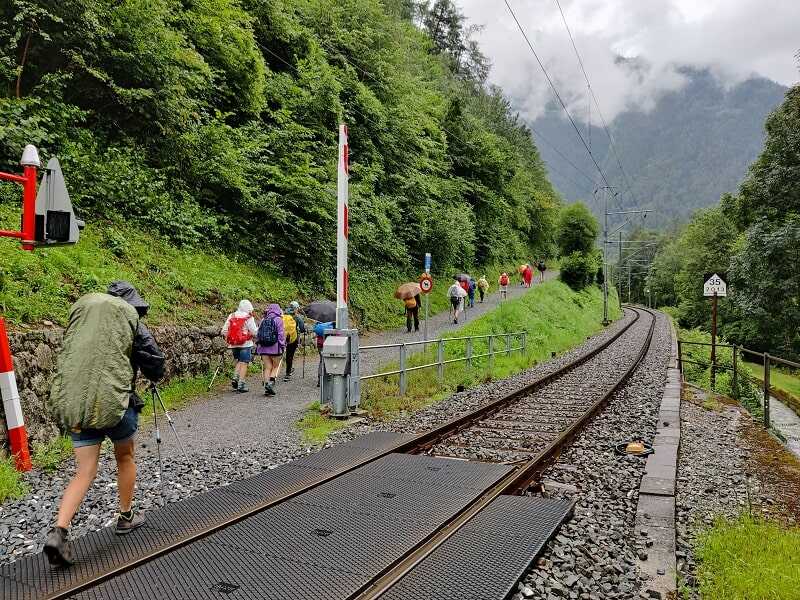 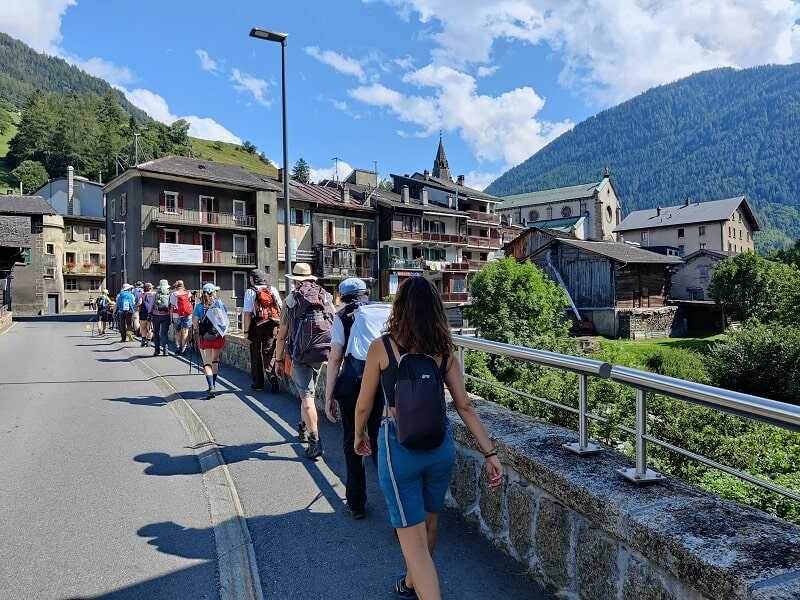