Day 33 – Pontarlier to Jougne: our final stage in France!

After five weeks of walking and cycling along the Via Francigena in France, we have reached the final stage in this beautiful country

. And we could not have wished for a better final stage: the weather was perfect, we were in great company, and there were some heartwarming surprises waiting for us along the road.

But first things first: how does it feel to be leaving France after so many weeks? I remember very well setting off from Calais on the 17th of June, and not knowing exactly what to expect from this part of the Via Francigena. For me it was an entirely new area of France that I never had the chance to visit before. Some things that will for sure remain in my memory are the amazing hospitality and friendliness of the people we met, the beautiful Jura mountain range, the many glasses of Champagne offered to us in Grand Est, but of course also the rainy and muddy days that created a special bond between our group of walkers.

But now, back to today’s stage! We left Pontarlier around 8:30 in the morning and a steep climb was immediately waiting for us as soon as we left the town behind us. After an initial part on tarmac, we entered the woods where a great surprise was waiting for us: we met the Delibes family! Our colleague Jacques Chevin had already been in contact with them and apparently they had been following our Road to Rome adventure since the start. So it was an immense joy to finally meet them! Parents Matthieu and Charlyne are walking with their 5 children (Agathe, Marion, Constant, Ermine, and Aldrick) from Besançon to Orbe. A big enterprise, because with them they have a cart as well as a stroller. The older kids spoke a near perfect Italian because they had lived in Rome for 10 months last year, and they were super excited and happy to be walking in nature. They even said they had been listening to each and every one of my podcasts since the beginning of our adventure, which created a big smile on all of our faces.

After this short but very meaningful meeting, we continued our climb towards the first top. There we were treated to a great view on the “Château de Joux” castle. The Via Francigena is in fact full of gorgeous castles along the itinerary, making it a must for history & architecture lovers!

When we had descended towards the town of La Cluse-et-Mijoux, we were welcomed with coffee, tea, and cake by two representatives from the town’s government. With renewed energy after this refreshment we continued towards Les Fourgs. Just before meeting with the mayor of the town, we ran into three Dutch Via Francigena pilgrims who were very interested to hear more about our event. Hospitality was again impeccable with quiche, lunch, and of course… absinthe! 😲

A very last climb separated us from our end destination Jougne when we said our goodbyes to our hosts in Les Fourgs, and we fully enjoyed the spectacular views over the Jura mountains and its valleys. The sun was omnipresent, and without sunscreen we would have probably been as red as lobsters. Arrival to Jougne was accompanied and decorated by many wooden pilgrim figures positioned along the road to indicate the right way. This kind of creative, local involvement in the Via Francigena is absolutely essential for the visibility of the Via and tends to create stronger bonds between travellers and the local communities.

We could not have wished for better hospitality and a better last stage in France, and with our hearts and bellies full we retired to our beds in preparation for tomorrow’s entry into Switzerland!

Meeting the Delibes family from Bretagne

Musical entertainment upon arrival in Jougne

A group of locals from Jougne

The Delibes family (only for a couple of kms) 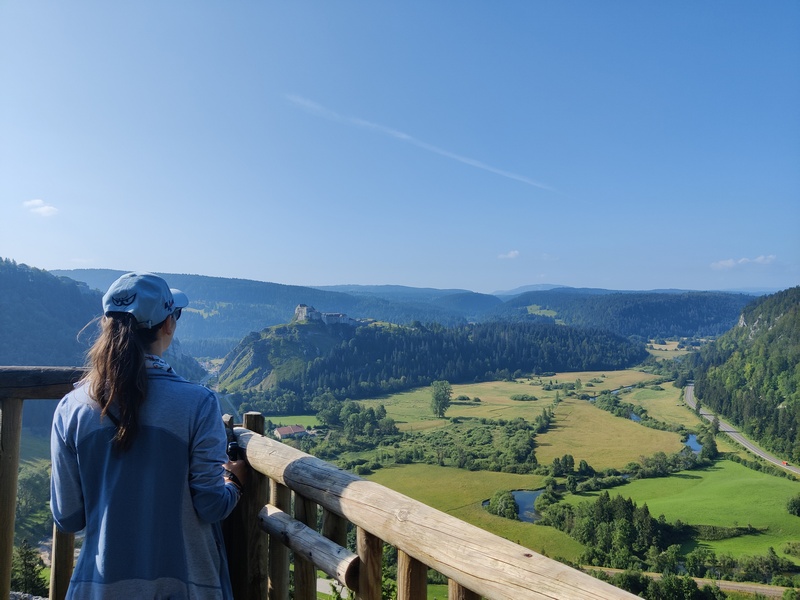 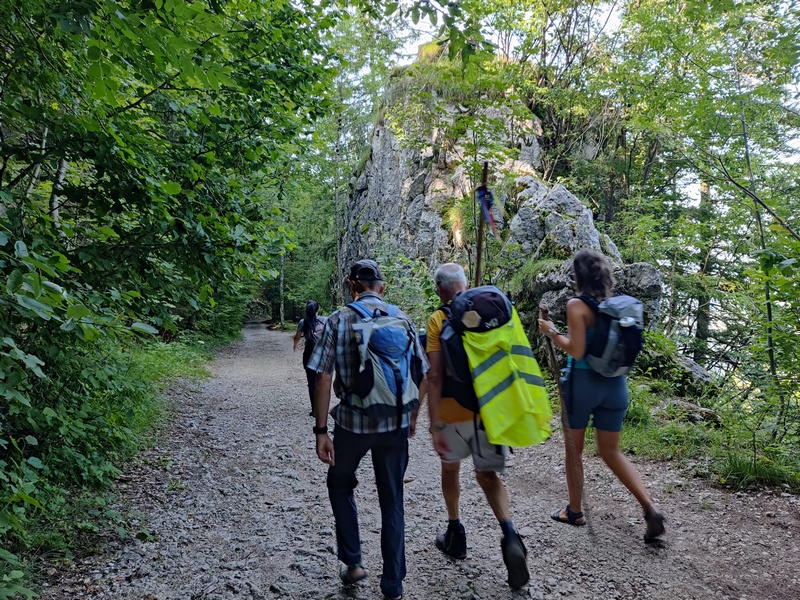 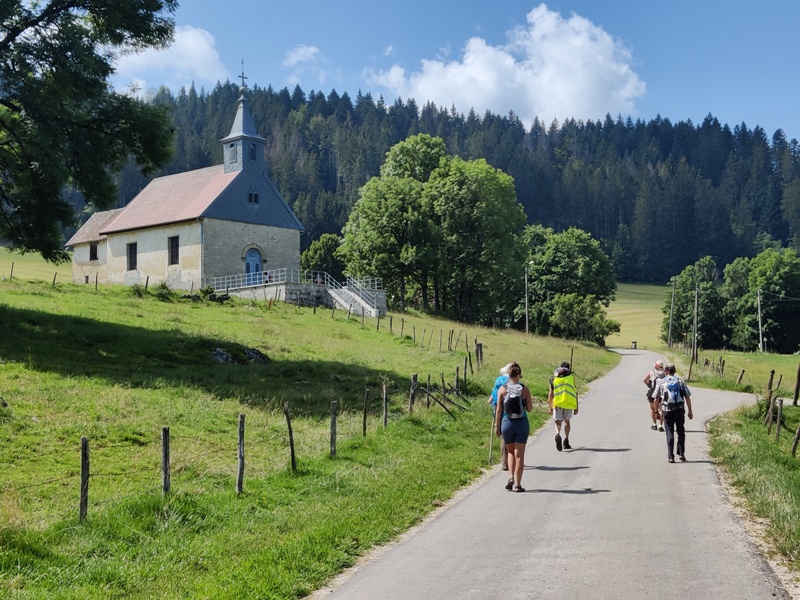 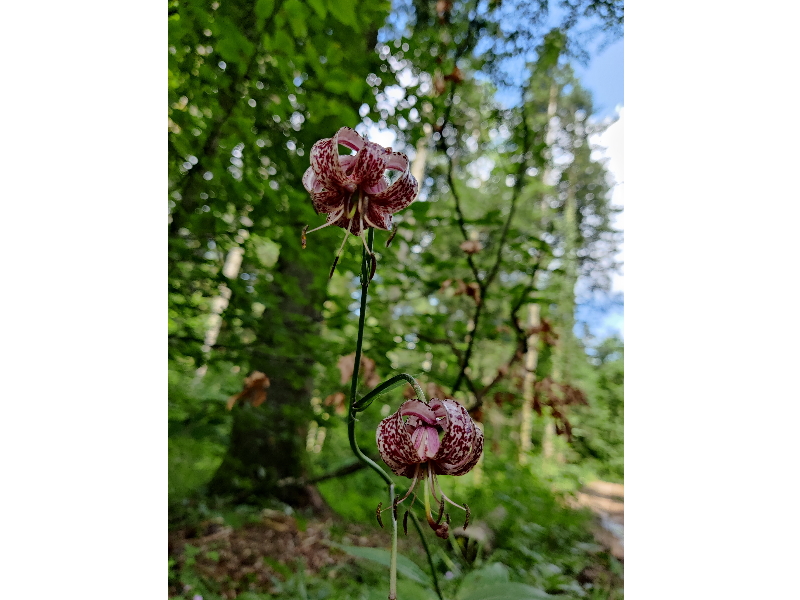 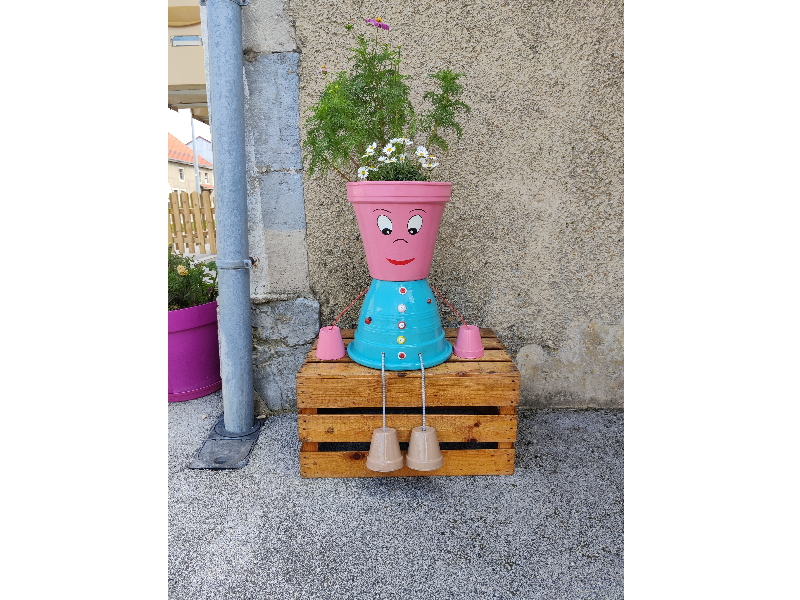 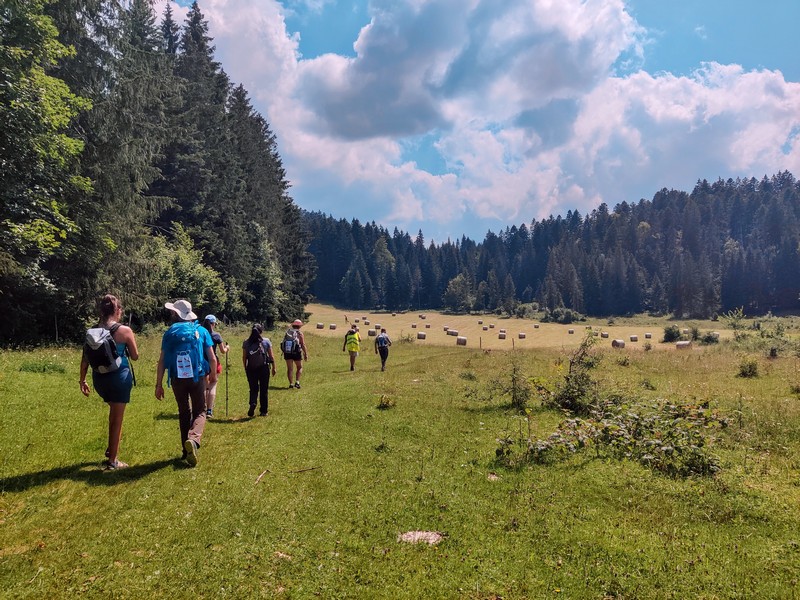 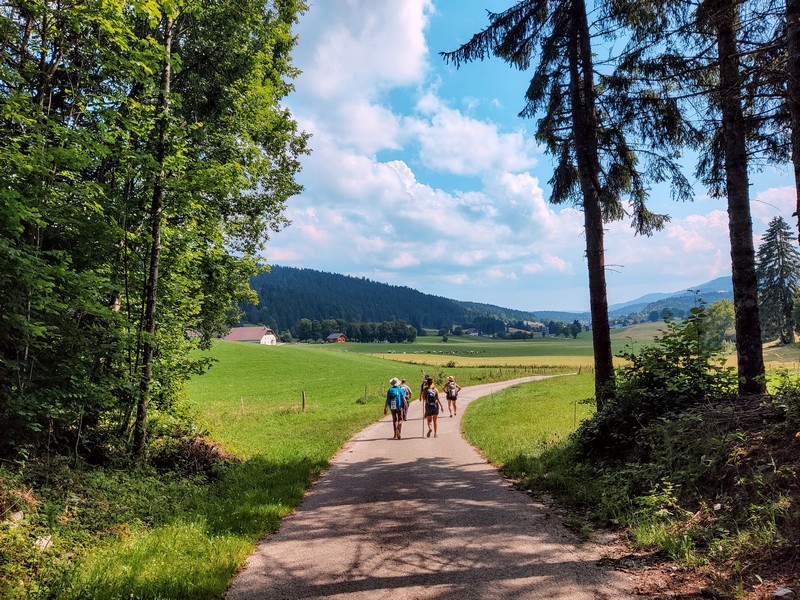