Today was without a doubt one of the best and most beautiful stages of the Via Francigena in France so far. We had breakfast in the garden of our guesthouse Villa Meyriem with fresh croissants and baguettes: the perfect way to begin a day of hiking. Honoring us today with her presence was also Martine Gautheron, the Vice-President of our Association.

Before departure we all knew there was some climbing ahead of us, but little did we know that the first part would be completely immersed into the green forest. Immediately after leaving Mouthier we entered the “Gorges de Nouailles”. At the bottom of this gorge runs the river Loue and we were actually walking towards the very source of this river.

With the Loue always on our left, we wandered through fairytale-like sceneries. The many shades of green, the absence of cars and other people, and the continuous sound of the river and its waterfalls had a relaxing and mesmerising effect on us walkers. The thick forest also provided some much-appreciated shade and freshness, especially because today was a particularly hot and sunny day.

Just before midday we arrived at the source of the river Loue, which is clearly a touristic attraction. The source appears from out of a cave, which is a very impressive sight to behold. After a lunch break and the purchase of some souvenirs, we continued on our way. 16km and the second part of today’s climb were still in front of us. We crossed another beautiful forest with sky-high pine trees before reaching the summit after the town of Ouhans. No meetings with municipalities or local associations were planned today, which meant that we could manage our own timetable. Upon arrival in Pontarlier we were very warmly welcomed by the mayor of the city, as well as by the owner of the camping where we were going to spend the night. And they had a special surprise in store for us! After a refreshing shower an unexpected tasting was waiting for us: absinthe! Because in fact, we are currently in the area where absinthe is THE local alcoholic specialty.

After a toast with the “green fairy” and a plate of local yumminess, we retired to our beds in preparation of the second Jura mountain stage tomorrow: the very last stage in France!

The fairytale-like forest right after Mouthier-Haute-Pierre

Getting to the source of the Loue river 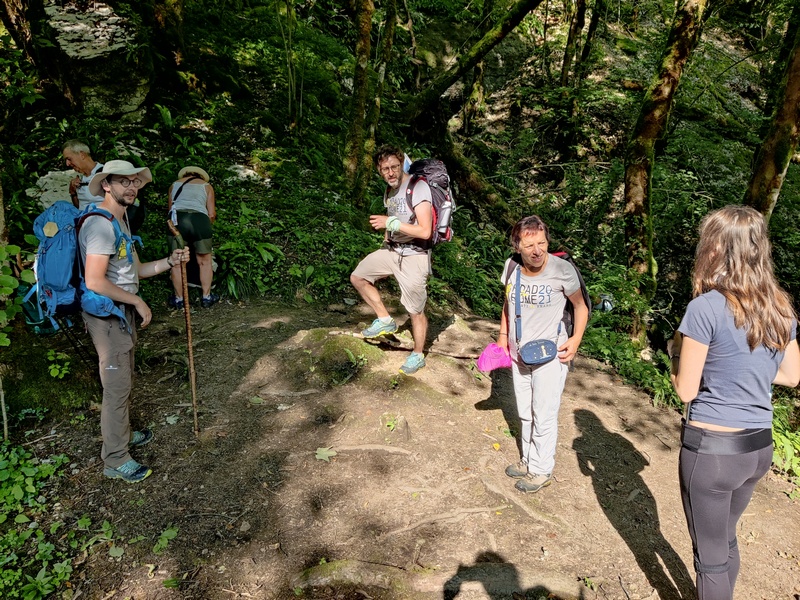 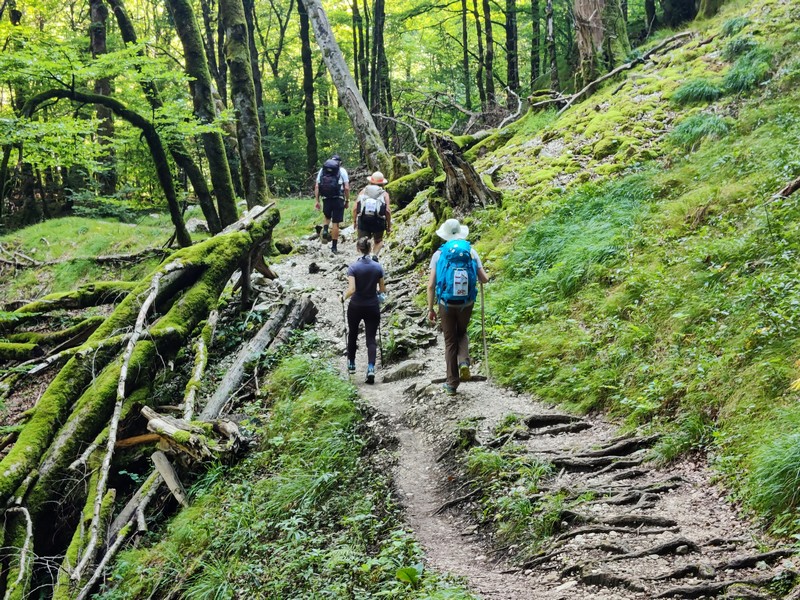 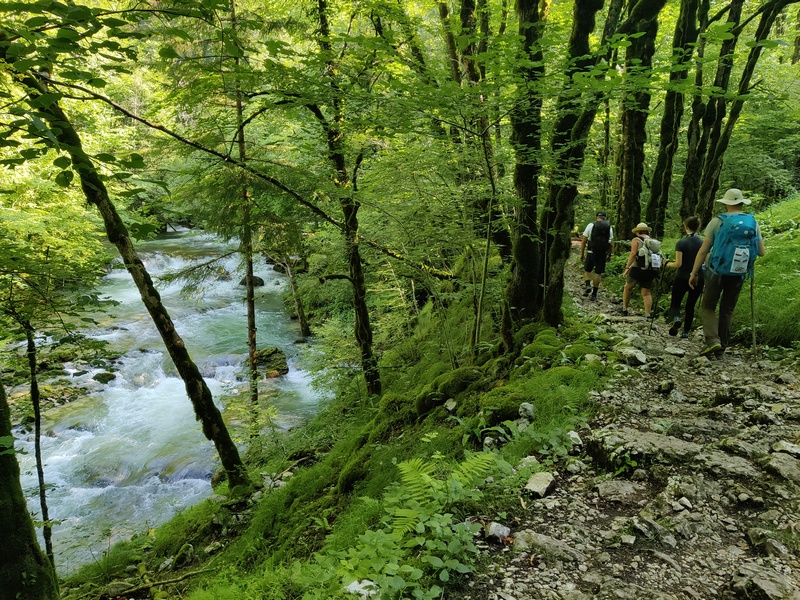 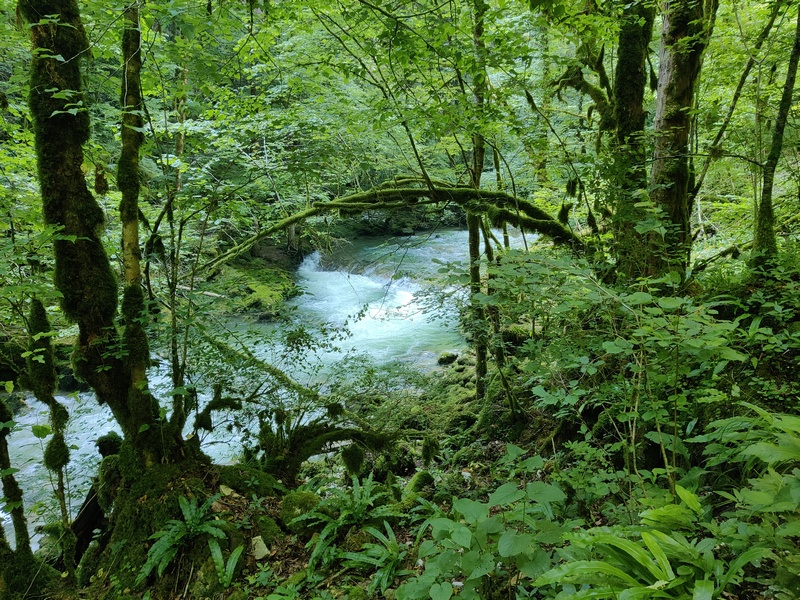 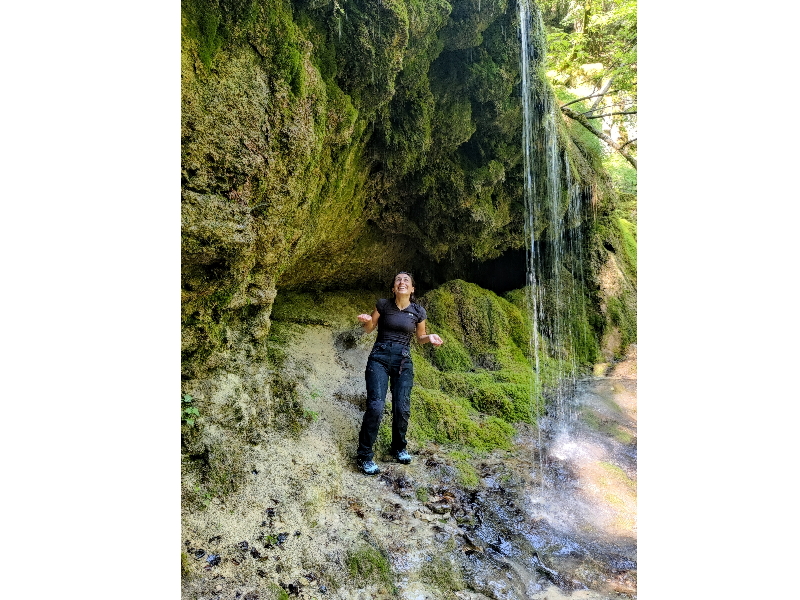 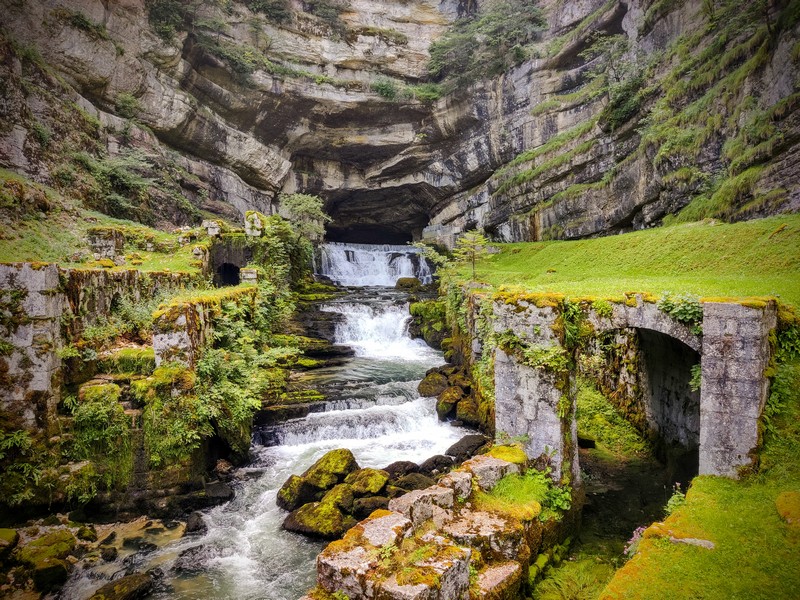 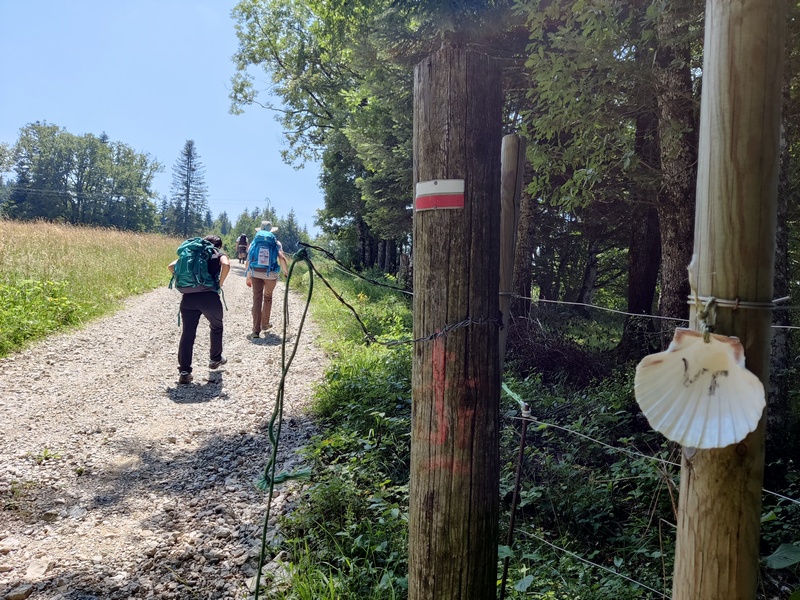