When we set off this morning on our bicycles from Chateauvillain, we already knew that today would be a bit of a sad day. Not because of the journey itself, not because of the weather, and not because of the places we would visit. Instead it would be a sad day because it was time to say goodbye again. This was the last day that YouTuber Pietro Franzese and EAVF intern Edgar Le Bras were part of our on-the-road team, and as mentioned in a previous blog post… these goodbyes never come easy.

Luckily it was a sunny day, with some clouds here and there and only a couple of drops of rain at some point. Several meetings were planned, among others with local associations and a tiny archaeological museum in Faverolles. At breakfast we sang for Edgar, because today he turned 24! Such a young age, but such a great help he has been in the past week! If I didn’t know differently, I’d say he had been working for our association since a long time. It’s really nice to see such enthusiasm and passion for our project in someone who has been involved only for 2 months.

For lunch we had planned to meet once again the crew from La Légende de Sigeric, who sang Happy Birthday for Edgar and performed two other songs from their play. These guys are so amazing, we’re sad that we haven’t seen their entire play yet. Our meeting took place in Mormant, which perhaps is the tiniest village we have crossed so far during our Road to Rome adventure: only 30 inhabitants live in this former, medieval meeting point and crossroads for merchants and pilgrims. While the adults were setting up the benches for the public, a young boy not older than 10 years old was mowing the grass with a lawnmower twice his size. He didn’t care about the fact that 3 of us were filming him during his chores: he kept concentrated on the task at hand.

Our final kilometres felt longer and longer, and when we saw Langres we knew this day was coming to an end. But not before the final climb: Langres is a beautiful city that can be reached only after a final climb to the top of the hill it so majestically sits on. Two activities were planned upon arrival, but unfortunately we arrived with a bit of delay and we had to skip these events in order to make it on time for dinner and for the final UEFA match between Italy and England. The Azzurri made good on their promise and just after midnight we turned in for the night in preparation of our walking stage tomorrow.

Visit to a tiny archaeological museum in Faverolles where the young volunteer insisted on doing the guided tour in English, even though she didn’t speak it perfectly 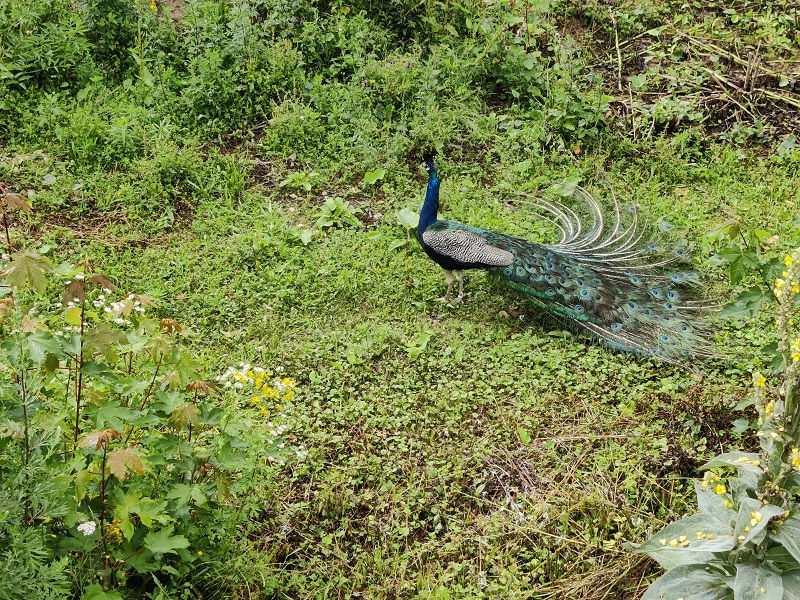 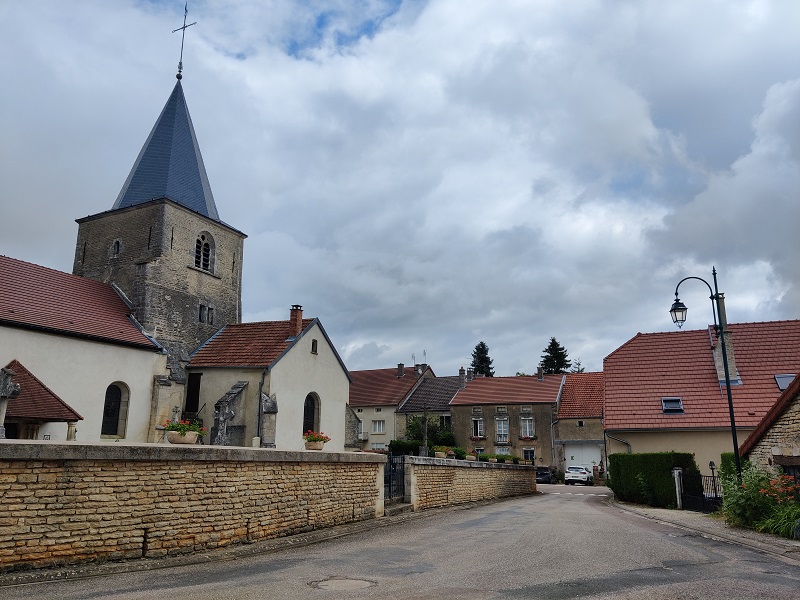 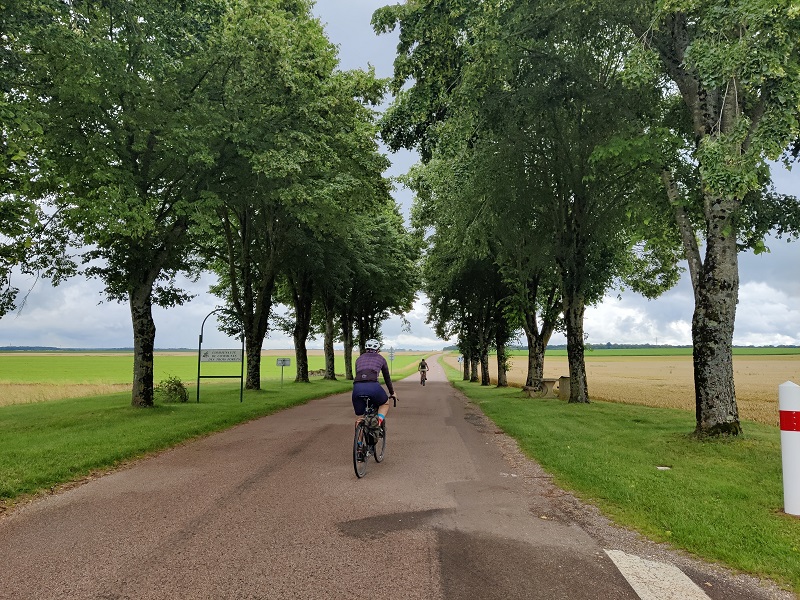 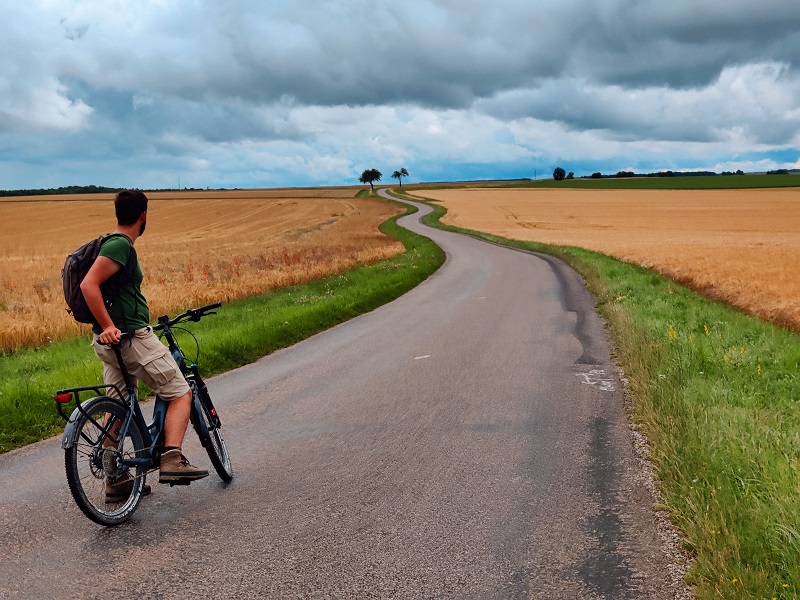 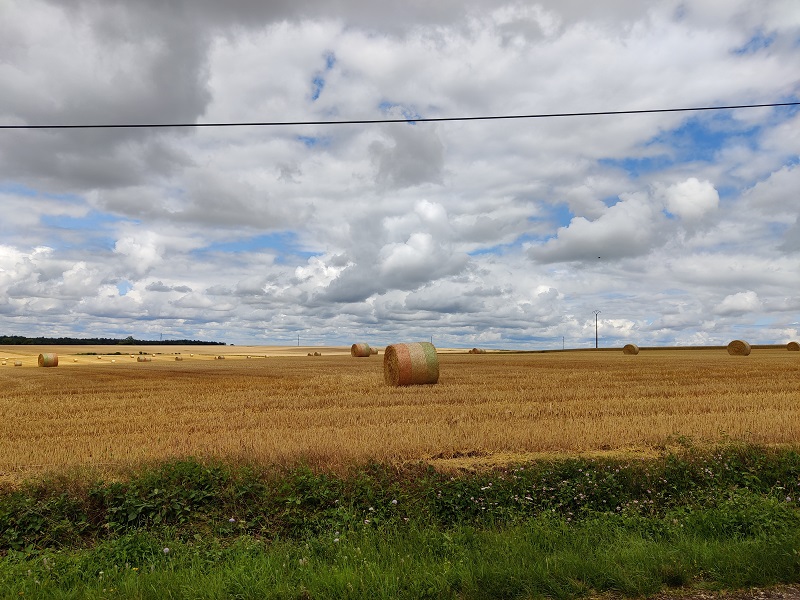 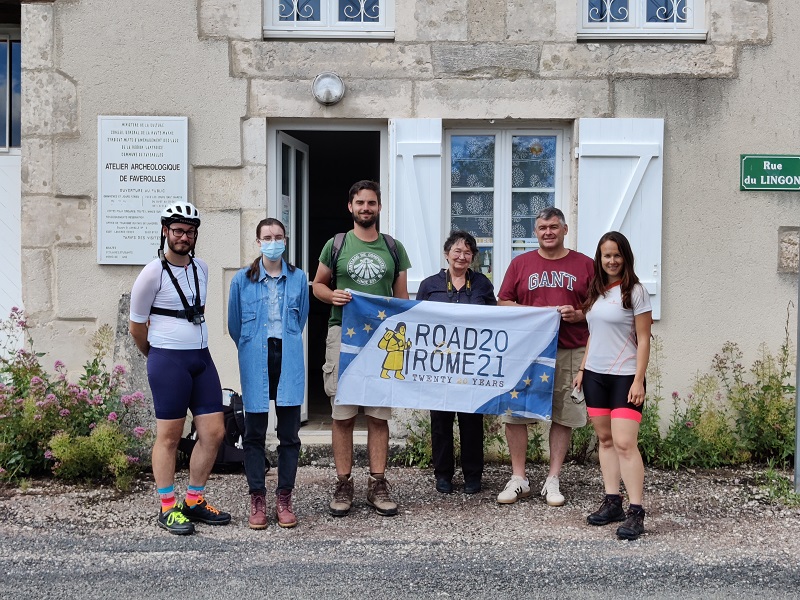 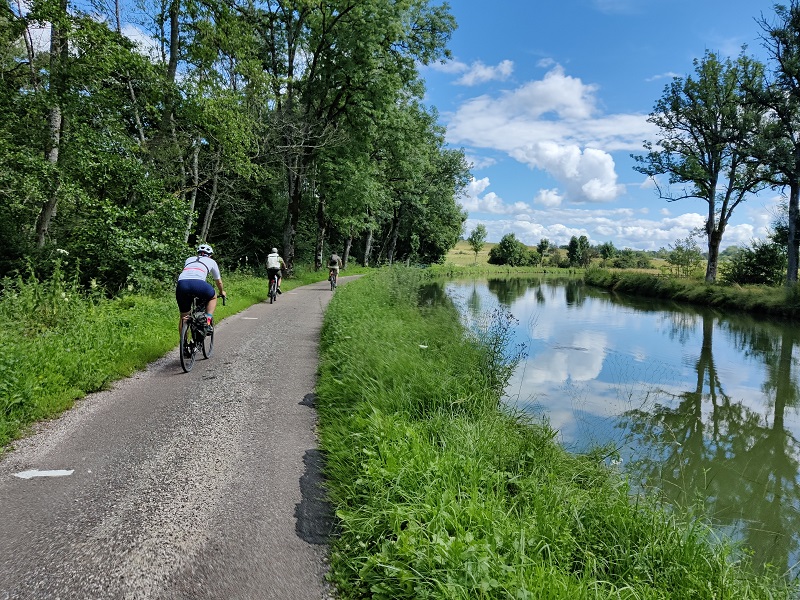 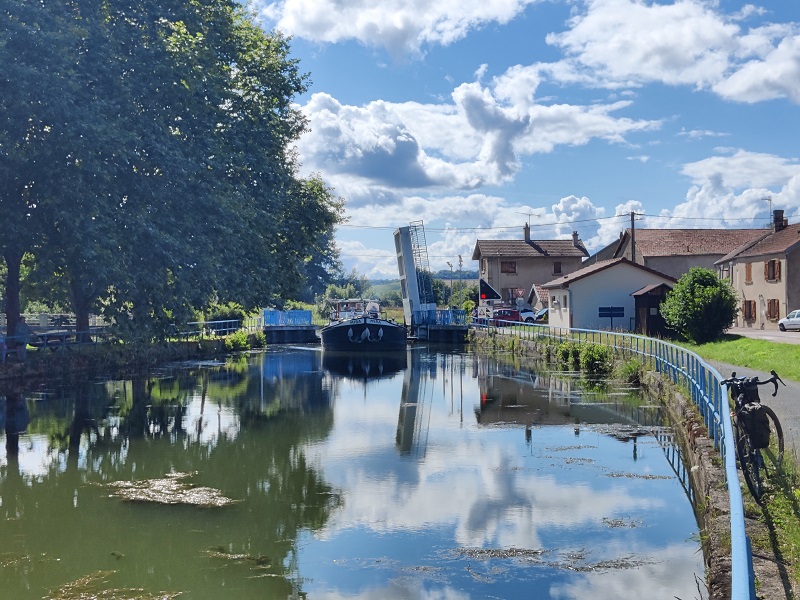