For those of you who are used to travelling by bicycle, you already know that 38km in one day is not that much. So today had a rather short and easy stage in store for us. When we left off from Bar-sur-Aube this morning, we were joined by Jean-Claude Paperin from the French Federation of the Via Francigena. For one moment Jean-Claude’s last name created some amusement among our Italian friends, because apparently “Paperino” in Italian is the name for Donald Duck. This was an immediate ice breaker, and off we went into the Grand Est countryside!

After less than 10km we had a quick stop at the “mairie” of Baroville, a town with only 320 inhabitants. This area of France is full of such tiny little towns, but even the smallest of them have a mayor. Baroville’s mayor has been serving for 26 years already, but she had the enthusiasm of someone who just started. She told us that in the past couple of years she’s seen a considerable increase in Via Francigena pilgrims and that they have surpassed the ones that are on their way to Santiago de Compostela. Of course this news made us very happy and proud, and after a coffee and some biscuits we hit the road again.

Next stop on our program: the Clairvaux Abbey. Upon arrival here we bumped into Dutch travellers Olga and Simon again, who are also making their way to Rome. Entering the Clairvaux complex is quite an impressive thing; it feels like entering an enclosed city. And this is not an illusion: the entire Abbey complex is surrounded by several walls, because not only is it a historical monument to visit, it is also a prison! In 1808 Napoleon I turned this once Cistercian monastery into the biggest prison of its time. We were preparing for our 1,5 hour guided tour on the premises and had already purchased our tickets, when unfortunately for us it became clear that it wasn’t allowed to take any photos or videos inside (being a prison and all). Since this is what we do, creating content through photos and videos, it meant we had to skip the visit and be on our way.

Before we left the area though, fate had another little surprise in store for us… but this time a good one! At the place where we were going to have our lunch, we found the entire theatre crew of La Légende de Sigeric! These are the guys that we met on the 17th of June in Calais when we started our journey on the continent, and who are performing a spectacle on Sigeric’s travels along the Via Francigena. It was a huge pleasure seeing them again, and they even performed a couple of songs for us!!

After this unexpected but super fun encounter, we continued pedalling to Chateauvillain where we were warmly welcomed by the town’s mayor. At 18:30 a Holy Mass with the bishop from Langres was planned, after which we had dinner with some locals in the nearby school. Tomorrow is our last stage by bicycle in France, and on Monday we will start walking again!!

The amazing desserts prepared by the mayor and locals of Chateauvillain 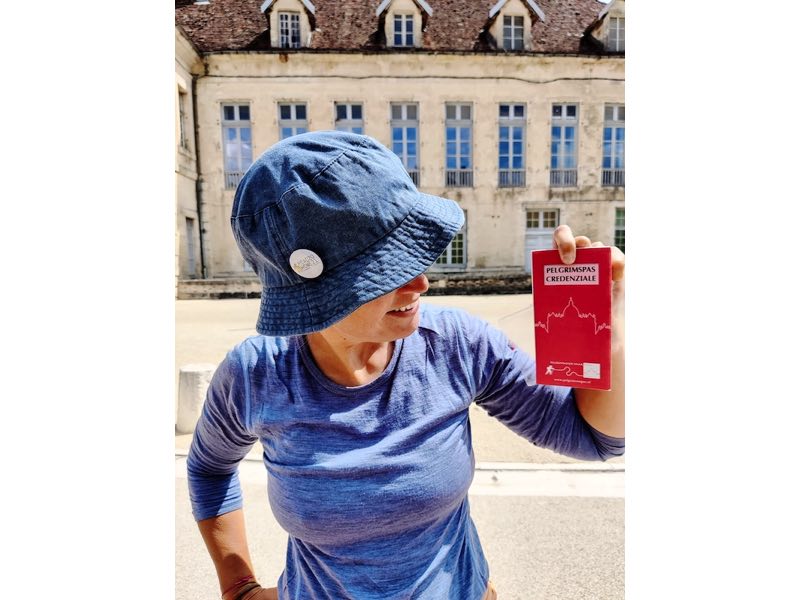 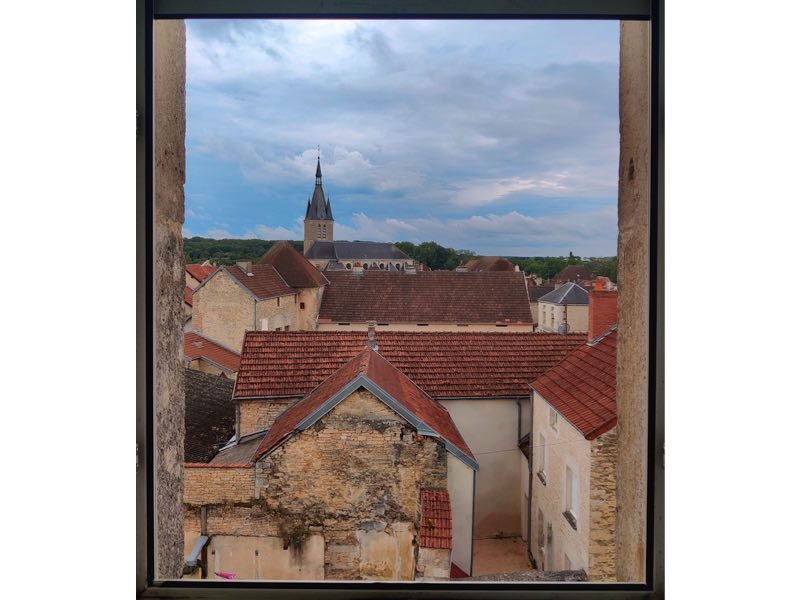 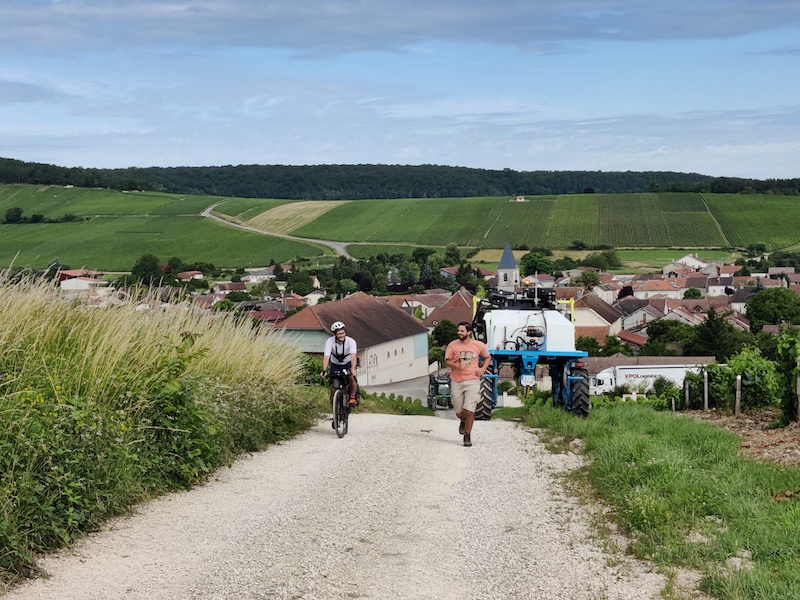 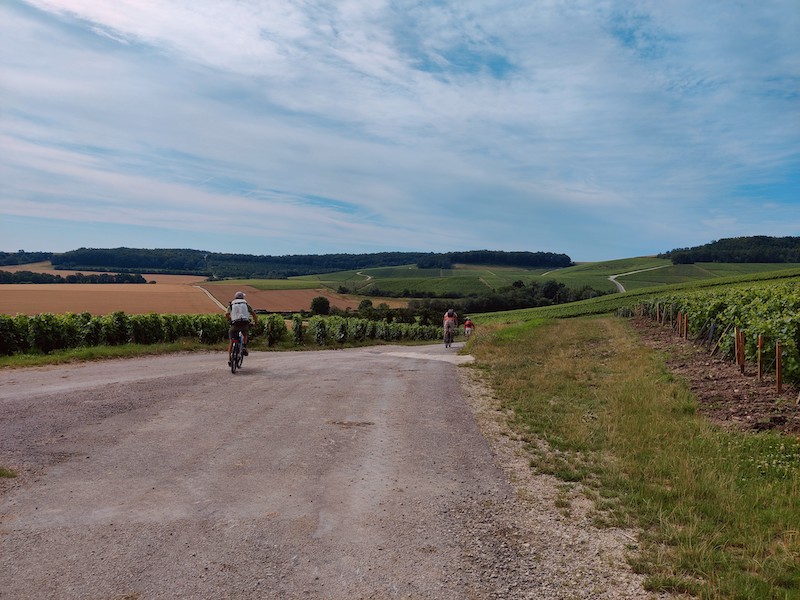 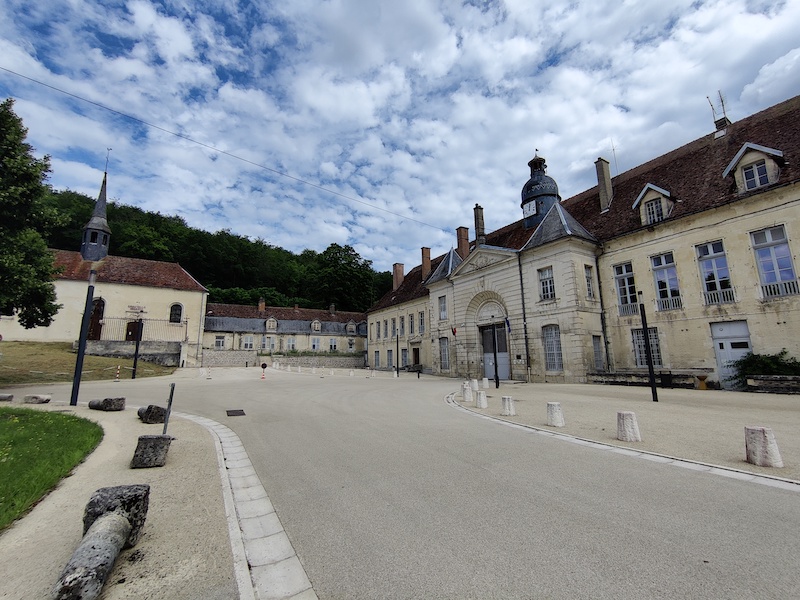 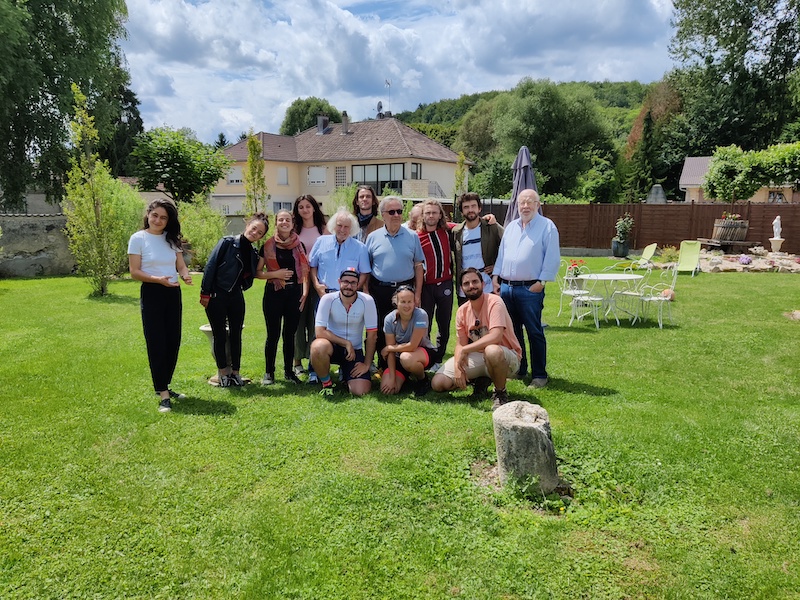 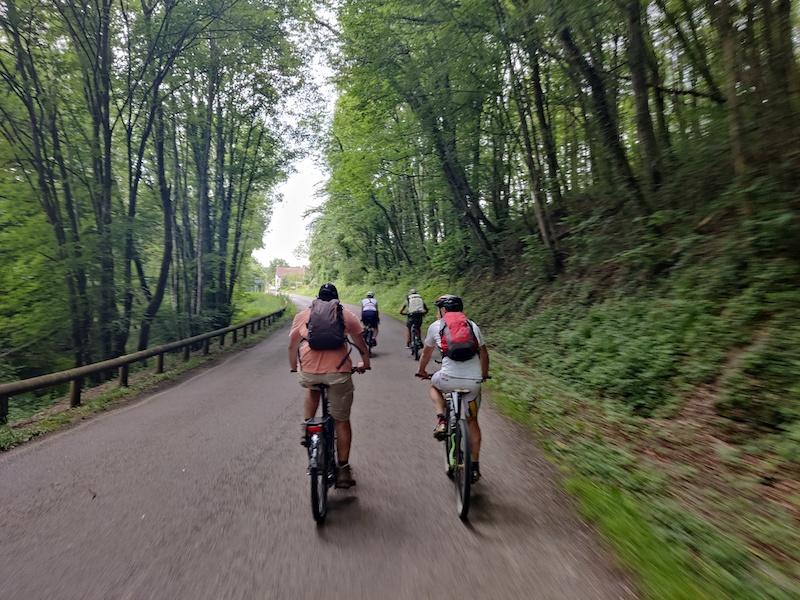 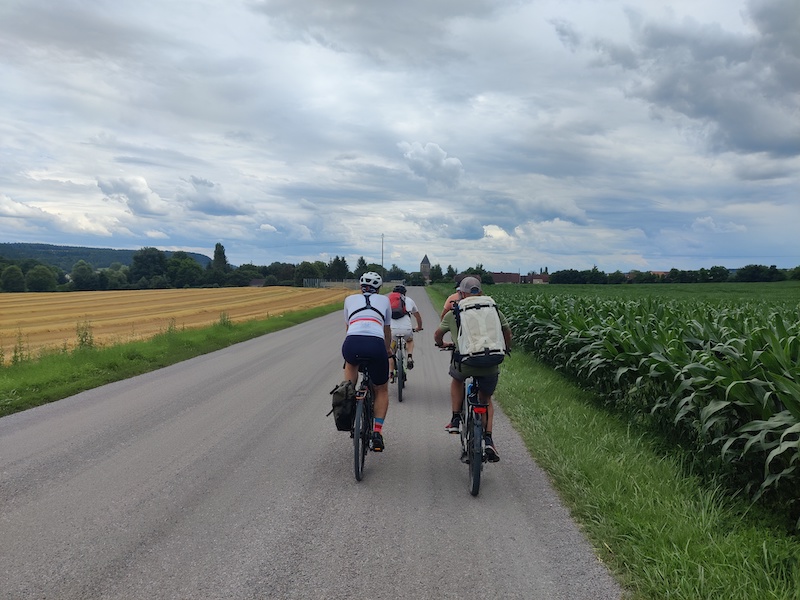 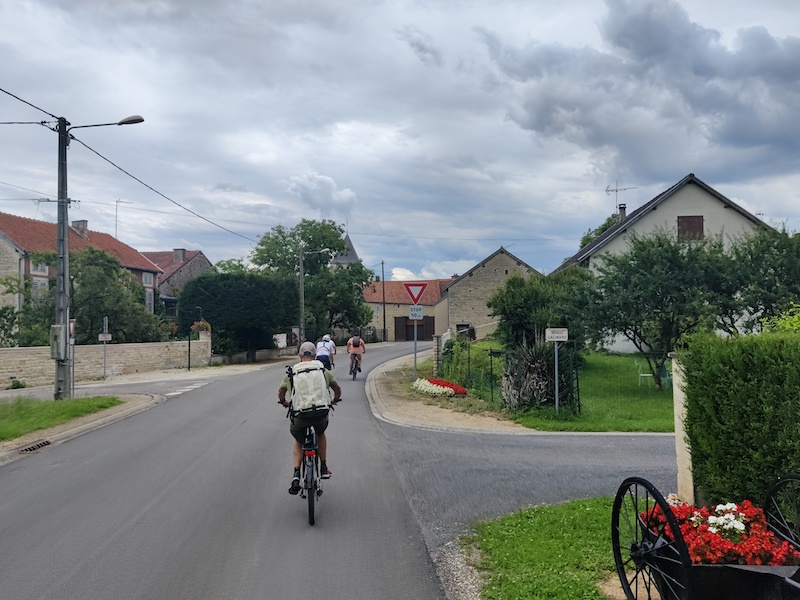