After our first rest day in Arras yesterday, this morning we set off with renewed energy for the day: 26km were waiting for us at departure from Arras. These 26km would take us once again across endless undulating landscapes all the way to Bapaume, which lies to the southeast of Arras. A rainy morning at departure, but our expanding group of walkers made up for this slight inconvenience and with brisk pace we started making our way towards the south.

A calm, peaceful landscape welcomed us outside of Arras and it is hard to believe that a little more than 100 years ago, this area was the stage of horrifying, bloody battlefields. Because yes, in this area of France the Via Francigena is situated right at the former 1916-1917 frontline of WWI. Some very important battles were fought here, and traces of this can still be found everywhere around. From the underground hospital at Arras to undetonated bombs to towns that were completely wiped out: it seems like a long time ago but if you think about it, it actually isn’t.

And to remind us of this, are the countless military cemeteries that are scattered all over the area. Canadian, British, French, German: young men often not even in their twenties have found their final resting place on silent hills situated miles away from their homeland. We came across two of these cemeteries today: the Sunken Road Cemetery just outside of Boisleux-St. Marc and a German war cemetery at Sapignies. These silent remnants of a terrible past are a true eye-opener to us who have only known peace and calm in Europe. It is good to remember that it wasn’t always like this, and that it’s important to stay united and to work together. The Via Francigena can be considered a symbol of cooperation, collaboration, and brotherhood and crossing these lands during our Road to Rome event has given an extra meaning to it all.

A radiant sun after lunch, that even tended to burn us after days and weeks of almost only rain

The fact that all way cemeteries, regardless of their nationality, are curated with the utmost care

Group of walkers from the FFR 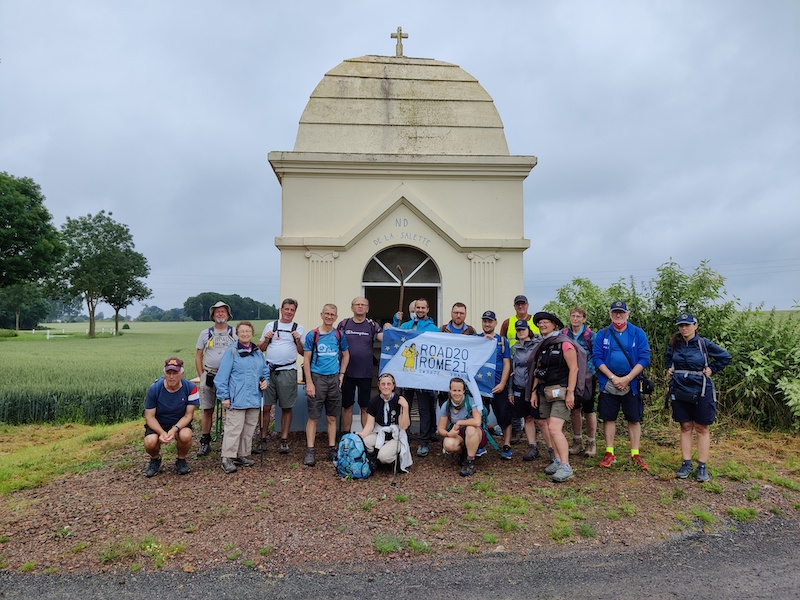 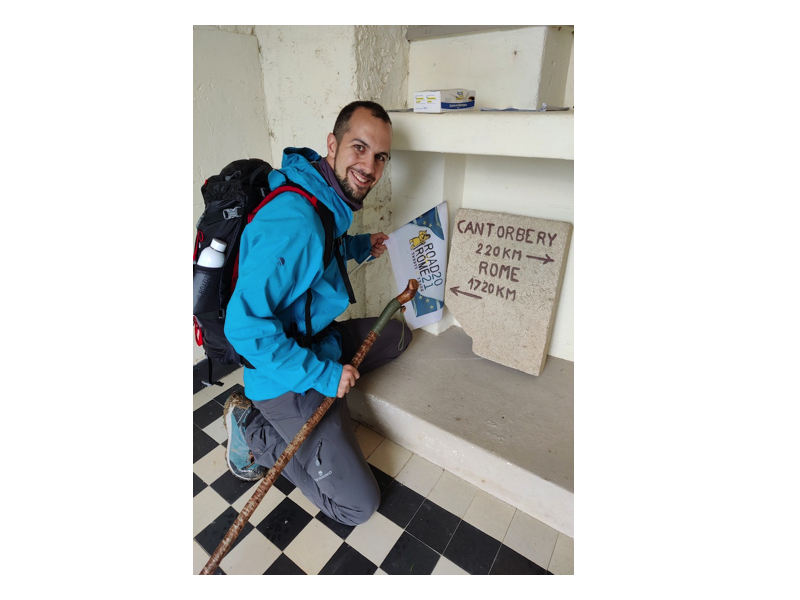 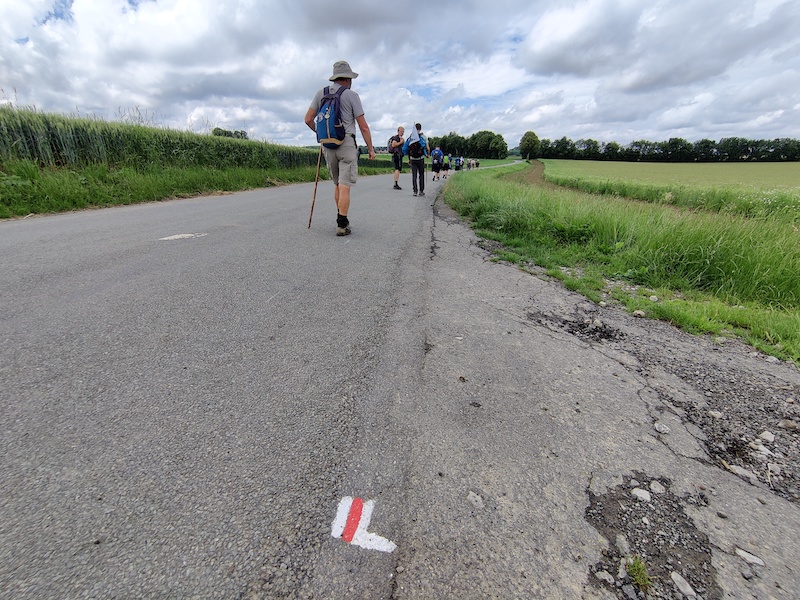 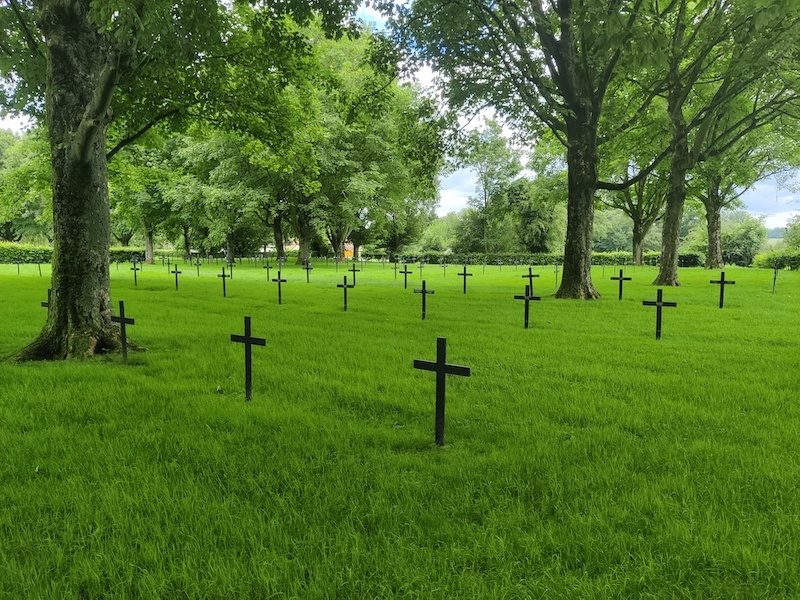 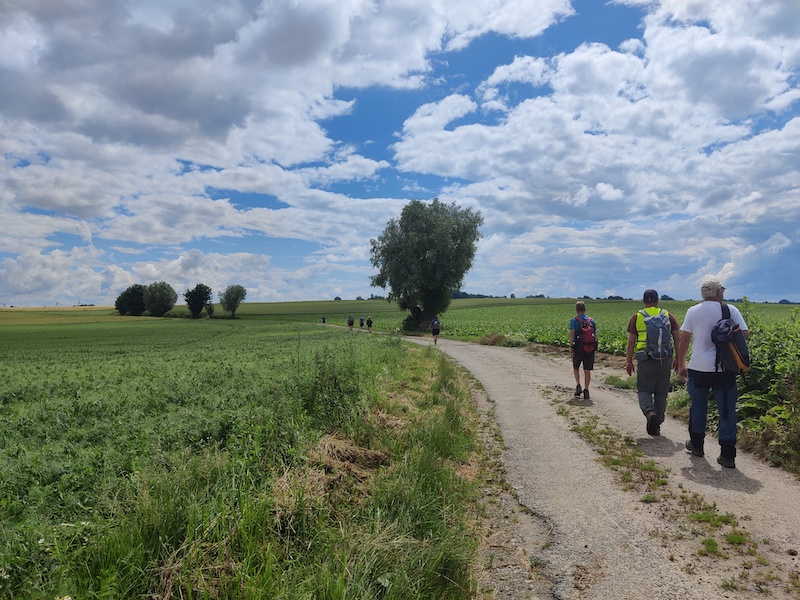 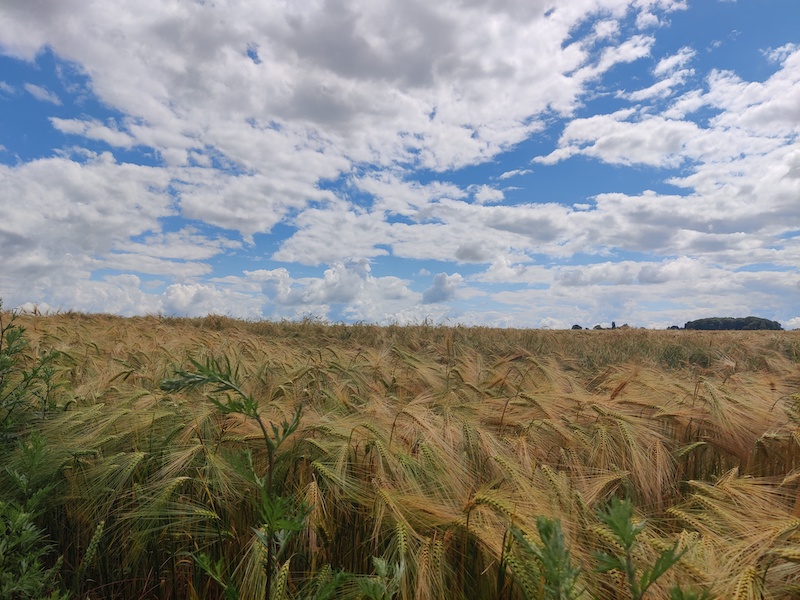