Could it really be? Is it seriously 1 week to Santa Maria di Leuca today?! Is the ground really going to end there, forcing me to stop in front of the sea? I won’t believe it until I see it.

Back to our itinerary: we woke up and left our homes in a chill morning breeze, but luckily the air warmed up a lot when the sun came out, after yesterday’s rain. Luca Bruschi, EAVF’s Director, and Elena Dubinina, international relations manager, joined us with some Spanish friends this morning and will walk with us from here onwards. We’re a large and international group today!

We walked the first section of today’s stage all together, along the coast, and then we split in 2 groups: our group moved inland towards Ostuni, whereas the other group went on along the coastline towards Torre Santa Sabina (a slightly shorter path). Indeed, the Via can be followed along two slightly different routes here. Our trail leads to Torre Santa Sabina as well, but we decided to stop in Ostuni overnight instead. In fact, Ostuni is not exactly along this Via Francigena trail, but the municipality very recently became a member of our association and the mayor really wanted to have us over tonight. How can we say no?!

The regional television channel came with our group for the first few kilometers, documenting the passage of Road to Rome in their territory. We all stopped in the surroundings of Montalbano di Fasano, close to Pisco Marano, to visit the stone Dolmen, a megalithic structure almost 4000 years old (built between years 2000 and 1500 B.C., during the Neolithic era). This is a very special heritage site, but it is also veiled by mystery as its original purpose is still uncertain; what we know is that it was used for spiritual, religious, and even magic rituals across history.  Be careful! The Dolmen is quite small and can easily be missed – there is a sign pointing to the left along the Via Francigena that you should make sure not to blow.

Some rain arrived while we were going up the soft climb to the historical city of Ostuni, which you can admire at a distance as you come closer and closer. But upon arrival the sun came back, shining on the beautiful wet white stones of the buildings! We were welcomed by music, and local tv crews filmed us as we walked into the municipality building. Mayor Guglielmo Cavallo and councilor Eliana Pecere received us there, as well as city representatives supported by local associations: the Appia Traiana Francigena onlus association organized hospitality fo us, cooperating with the Cavalieri di Sant’Oronzo association, Lions Club Ostuni Host, Pro Loco Ostuni Marina, Ostuni Runners, and students from the L.Pepe and Pantanelli-Monnet highschools. We were offered a local ‘focaccia’ with onions and olives on it – jeez, if it was tasty! One of my very favorite Apulian focaccias so far!

I moved directly into my accommodation to get some work done, while my colleagues went for a tour of the gorgeous ‘white city’ of Ostuni and tempted me by sending photos of more traditional folk music and dances, similar to the ones we did yesterday in Fasano. Apulia has a very lively tradition of folkloristic music and dance – if you don’t know it already, check out some information about the ‘taranta’ and the ‘pizzica’ dances. One of the most authentic experiences you can have when traveling in Apulia and in the southern area of Salento!

– The 4000 years old Dolmen of Montalbano

– The stunning white city of Ostuni

– The onion and olive focaccia I tasted in Ostuni!

Francesca and Joanne, Ragazze in Gamba 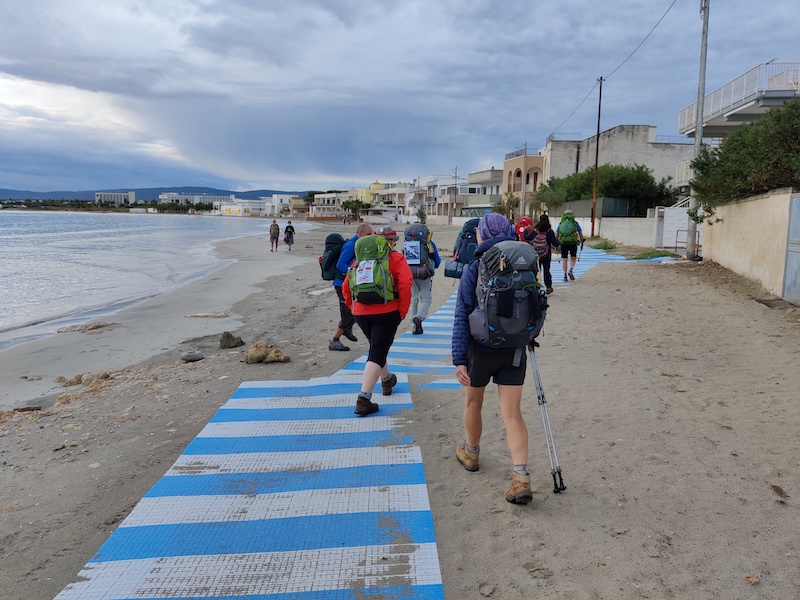 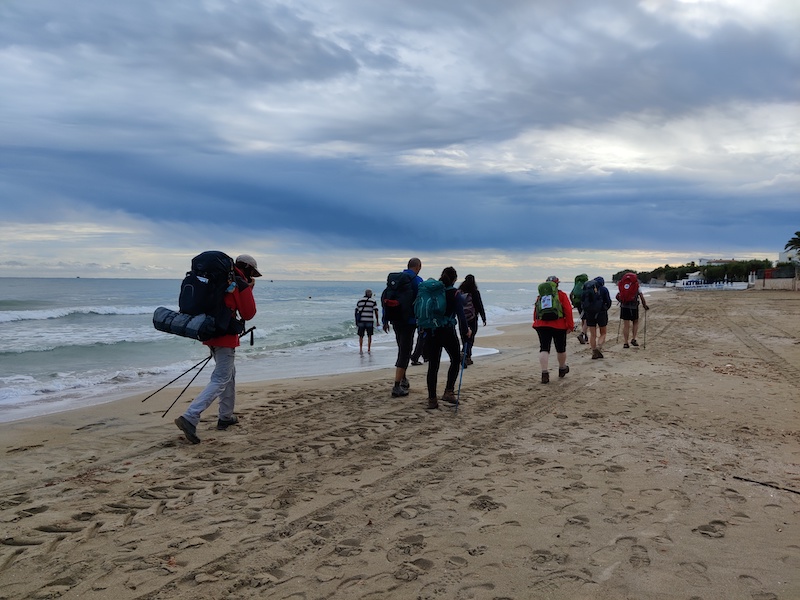 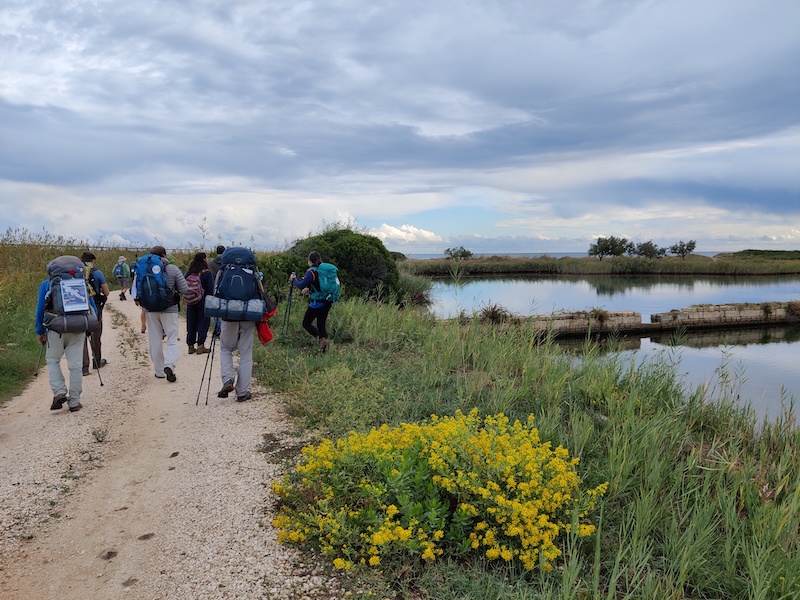 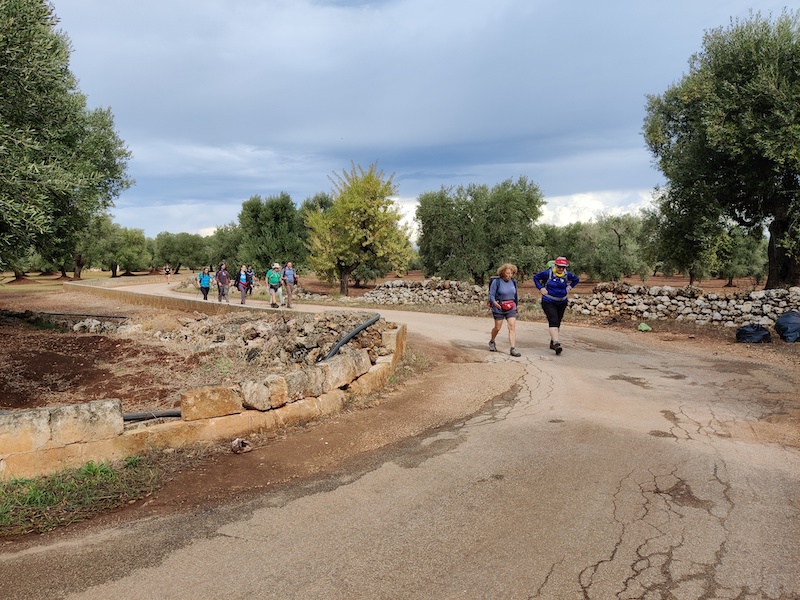 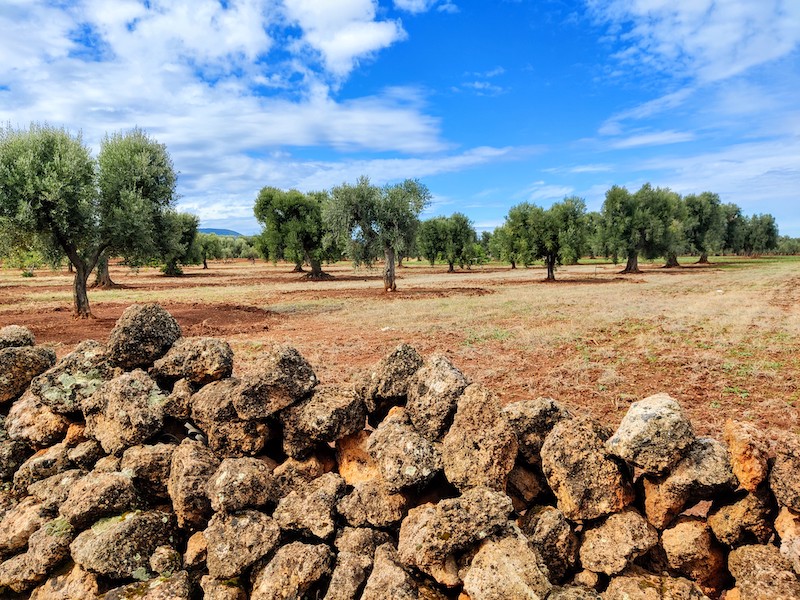 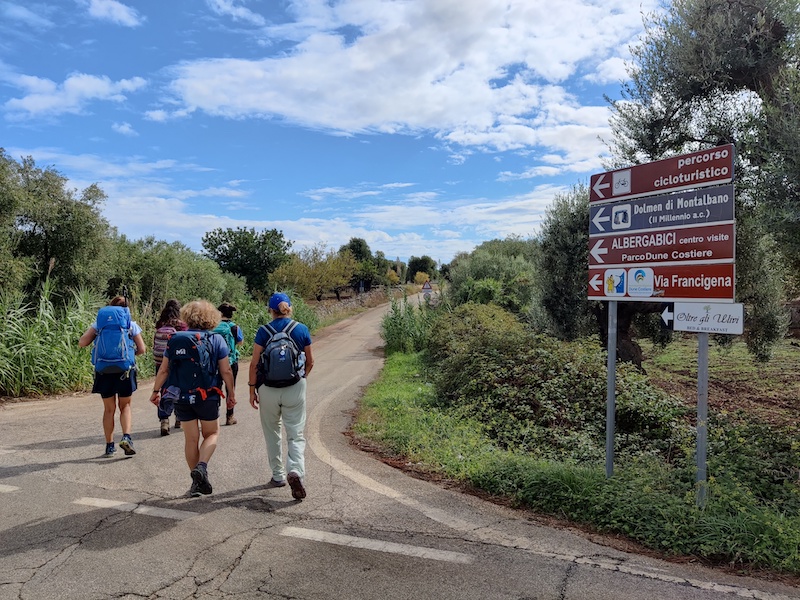 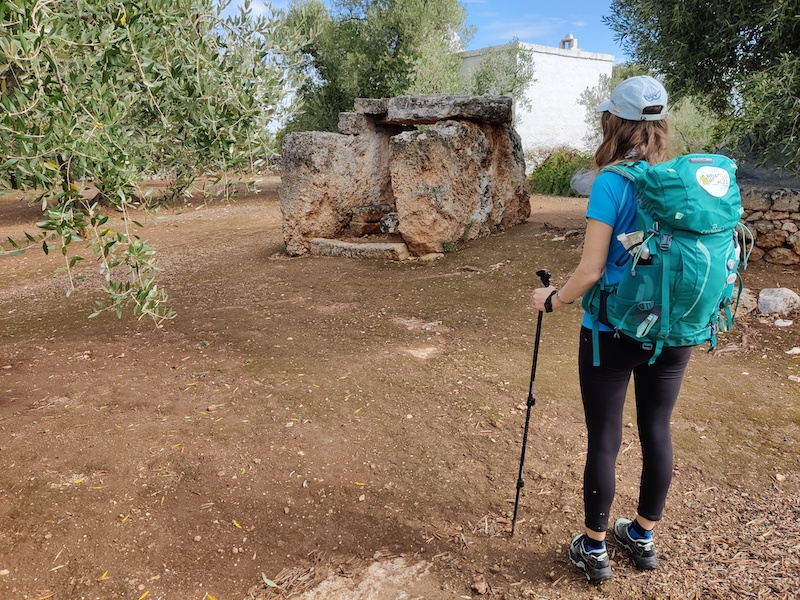 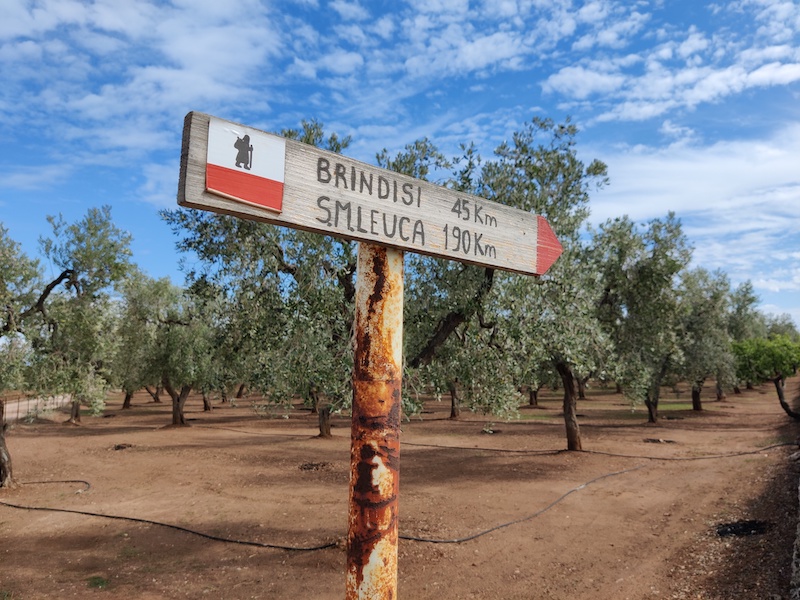 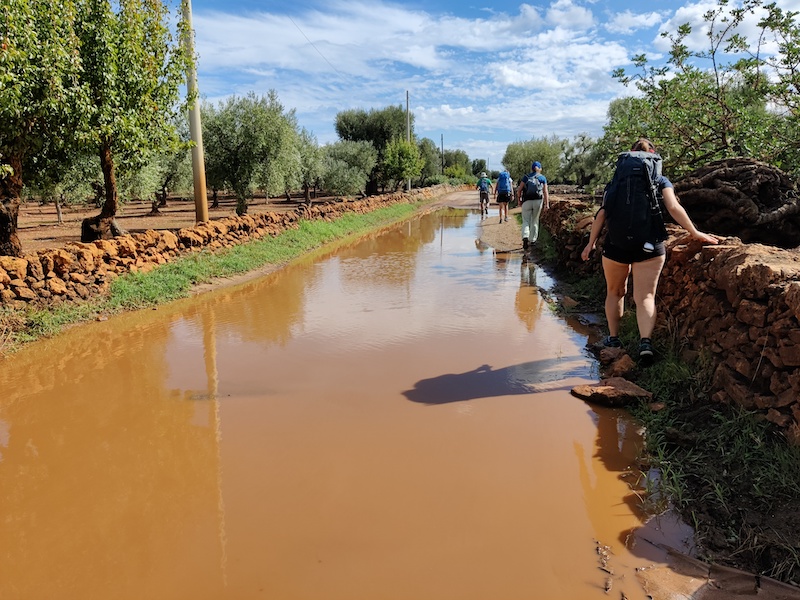 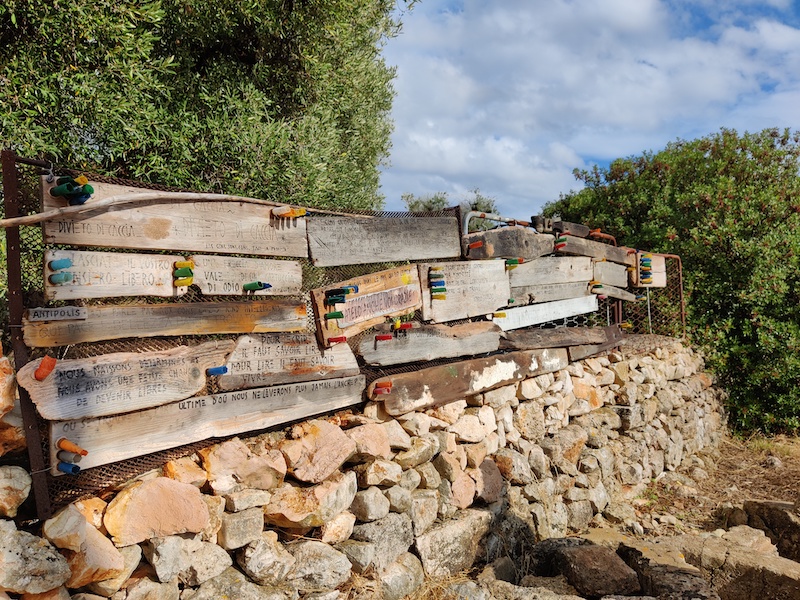 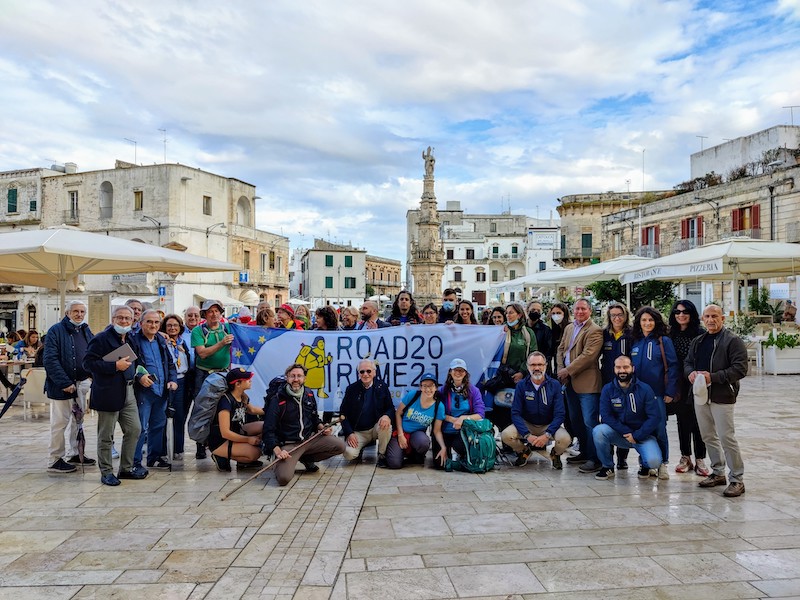 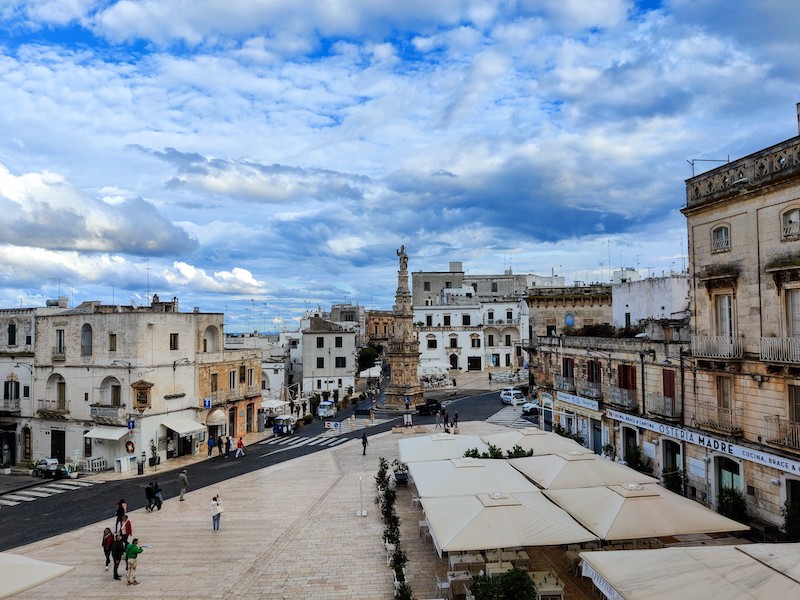