While our colleagues arrive in Bari today, we arrive to another milestone of the Via Francigena del Sud: Monte Sant’Angelo. Today we were accompanied by a lot of uphill climbing towards the Gargano peninsula and mountain massive, with amazing views over the gulf of Manfredonia.
We started walking as a small group, with a few local walkers, accompanied by an enjoyable smell of wild thyme, released as we stepped over it, which has been traveling with us since yesterday. We bumped into a couple of local hikers, and into Bernadette and Barbara from South Tyrol (Trentino Alto Adige), who are walking from Rieti, in the surroundings of Rome, and will complete their pilgrimage today with their arrival in Monte Sant’Angelo!
We soon came to the ruins of the church of Sant’Egidio, from the 1100s. Despite only the ruins are left, it is extremely beautiful and worth a stop for pictures. The frescoes are still visible on the walls, and I think that with some funding to work on it a lot of its value would be easily restored (especially considering that it is located directly on the trail of the Via Francigena). We later came across another church, the church of San Nicola al Pantano, from the 11th century. Once again, in ruins but still charming. We stopped beside it for a break and for some snacks and coffee that a walker had brought inside a thermos bottle.
The following section of the route was tough, as it led us up into the mountains with a long and steep climb. Yet, we had a chance for one more break. Barbara and Bernadette are passionate mountain climbers, and they were able to climb up a fig tree as if it was the easiest thing ever. They picked all the available figs left at this very late point of the season and shared them with the group. They were perfectly ripe and some of the yummiest figs I have ever had!
We soon also had our lunch break among the mountains, and another group of hikers, from the Monte Sant’Angelo Francigena association, joined us. They brought water, sandwiches and then walked the final section of today’s stage with us.
One more steep climb all together. Michele Del Giudice, who has walked with us for a few days now, explained to me that recently 16 new benches have been placed along this section of the Via in the Gargano mountains, but only one of them survived. They all made it through their first year, but they soon started disappearing…his hypothesis is that people from the area saw them, liked them, and thought they would be useful in their own garden. What a shame – I didn’t know what to say, except that I am profoundly sad about this kind of behavior.
On another topic, Michele also told me about the meteorological and geological phenomenon of “karst”: it is the result of stones that break down over time with the passage of water and rain, creating caves and empty spaces inside the mountain. The result is that there are over 700 caves in the Gargano mountains, of which only 500 have been visited and mapped. I started looking at these stones differently and very curiously – I think you will do it too now that you know!
Upon arrival, Michele showed us a circle that he had made next to the trail, creating a little ritual for the passing-byers of the Via Francigena. Each pilgrim places a stone while passing, with the idea of thinking about “a loved one”, thus creating a joint sculpture that develops over time.
It was at this point that we were joined by cyclists and horse riders, who came on with us, firstly to the church of Santa Maria degli Angeli, as a stop, and finally to Monte Sant’Angelo! Here we came to the castle first, and then to the famous Sanctuary of Saint Michael Archangel. Archangel Michael, as the local guide told us, has never lived as a human: he’s an angel. For this reason, not only he is neither a ‘he’ or a ‘she’, but he cannot even be a Saint. It’s wrong therefore to call it so, and it would be better to call it a Sanctuary to Archangel Michael. Saint Francis of Assisi came by the Sanctuary on his way to Jerusalem, but he never stepped inside it because he didn’t feel worthy enough. Indeed, inside the Sanctuary you can find the cave where the angel had appeared.
In front of the Sanctuary, we were welcomed by music, posters, and people in historical clothes – a very warm welcome which I’d like to thank the municipality and the local associations for, in name of EAVF. This place is extraordinary, with amazing views and a powerful and spiritual energy; this Sanctuary is an essential pilgrimage destination for the Southern Via Francigena, and an opportunity to seize for the development and growth of the entire route. I could see this destination become as big as Santiago de Compostela – it checks all the boxes to become an extraordinary attractor for the Via Francigena del Sud! 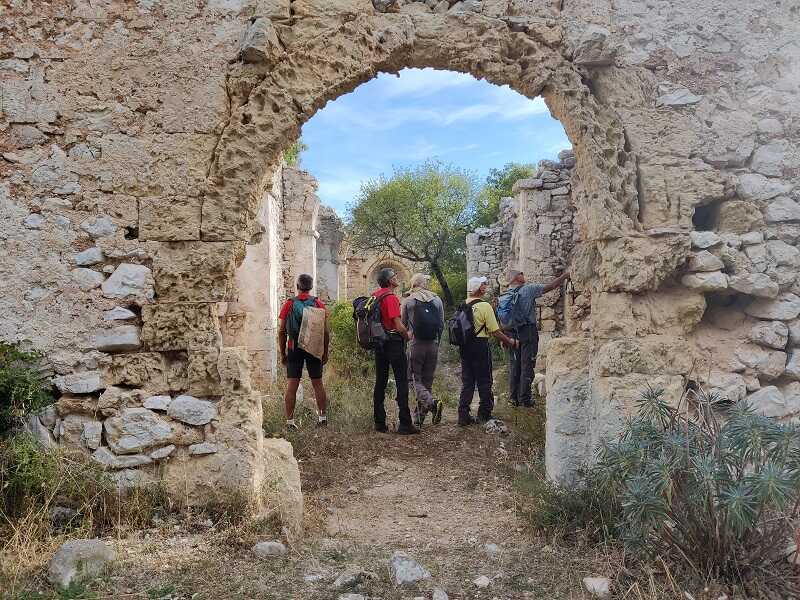 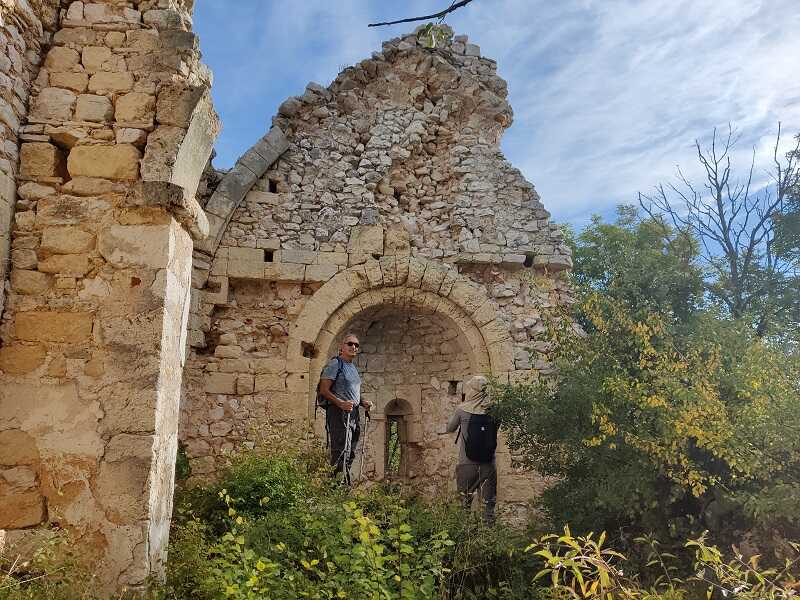 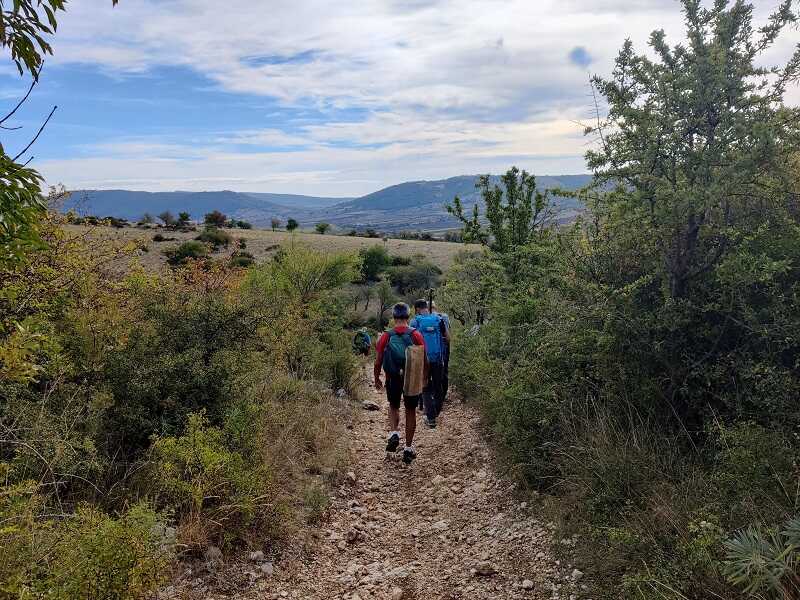 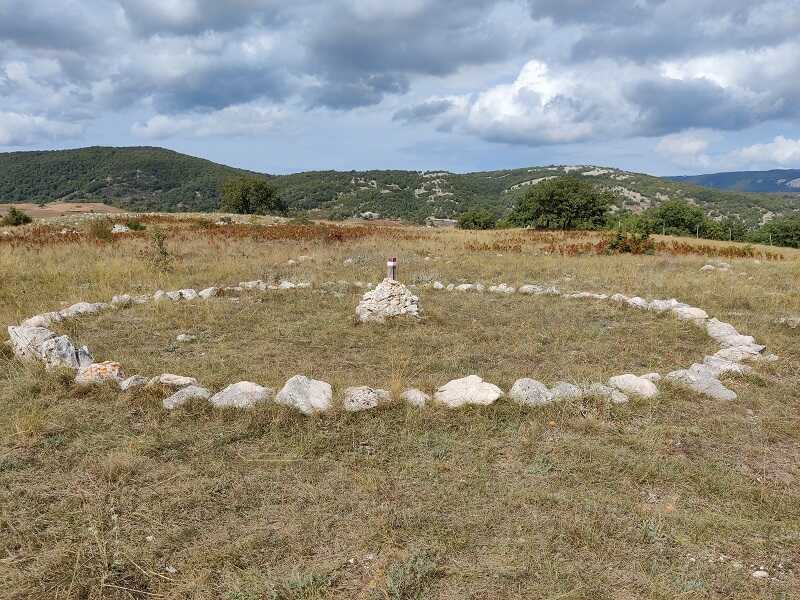 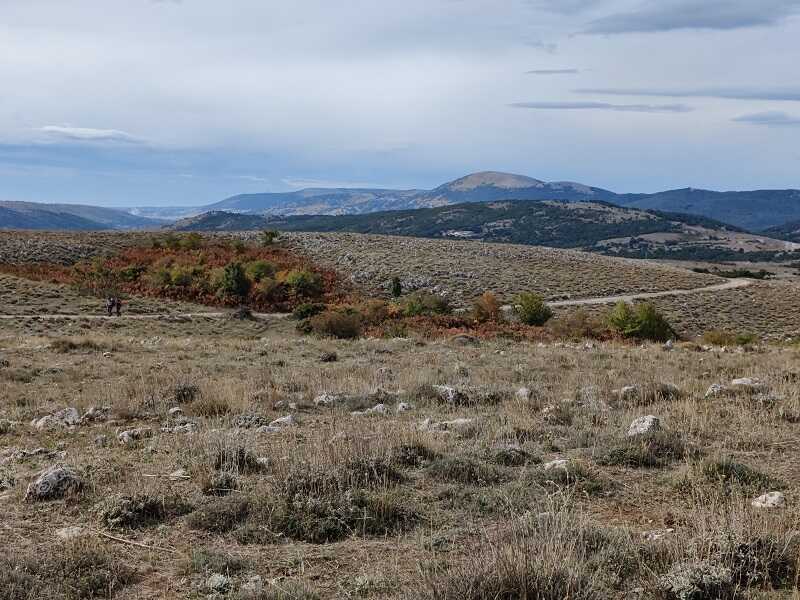 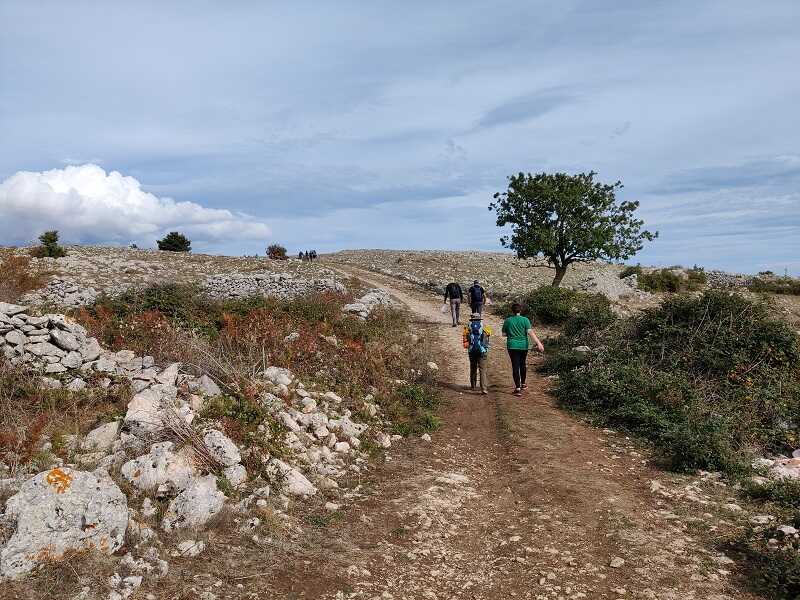 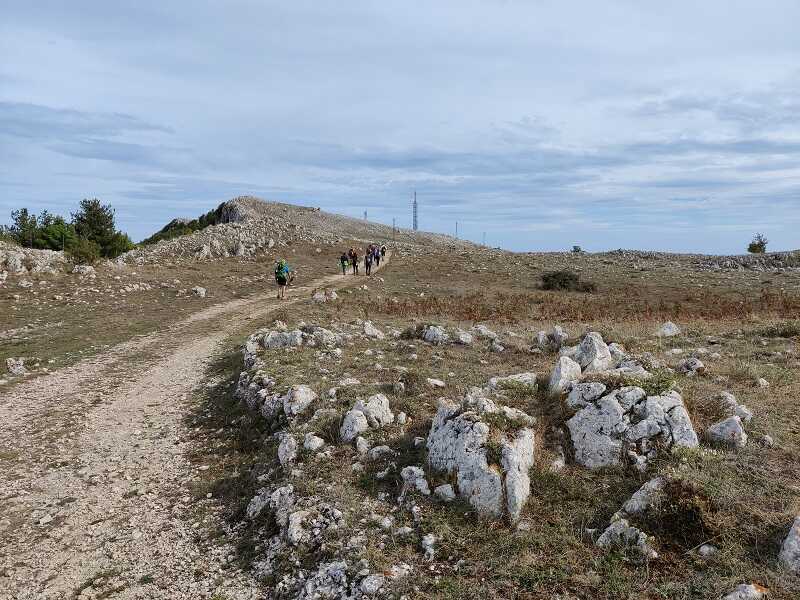 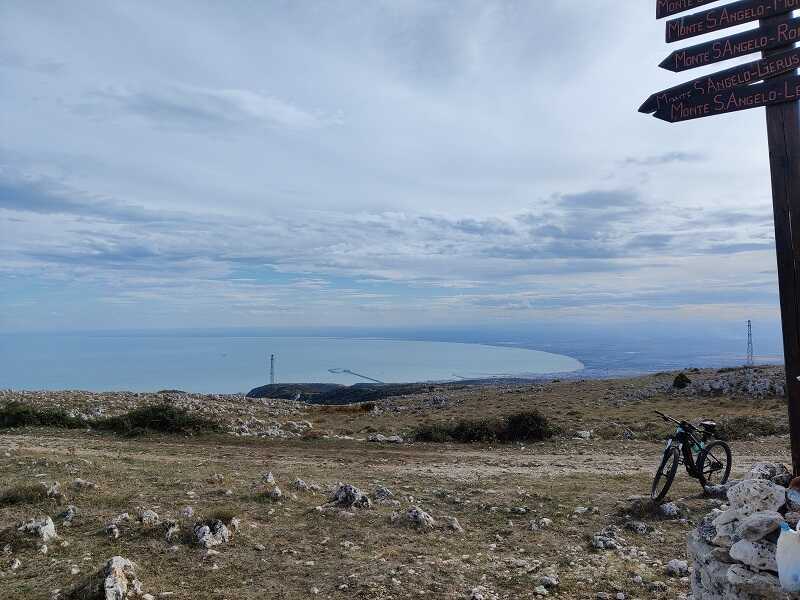 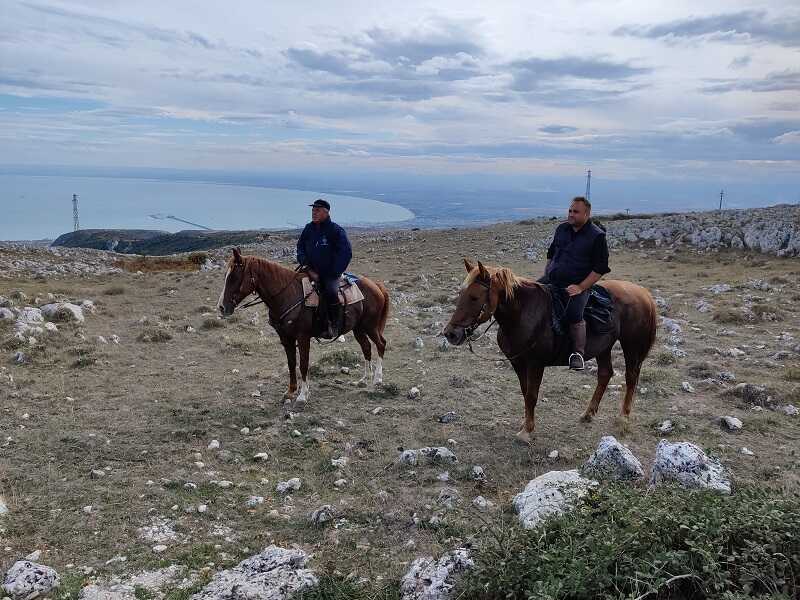 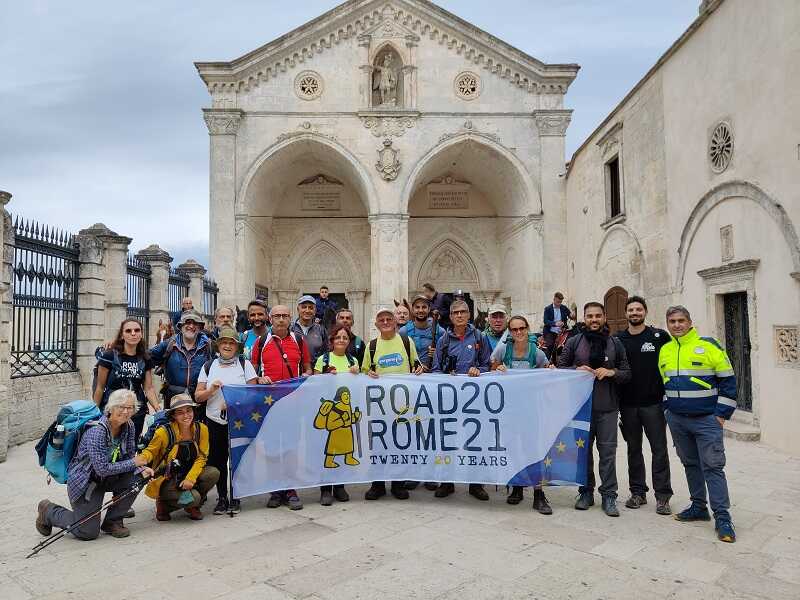 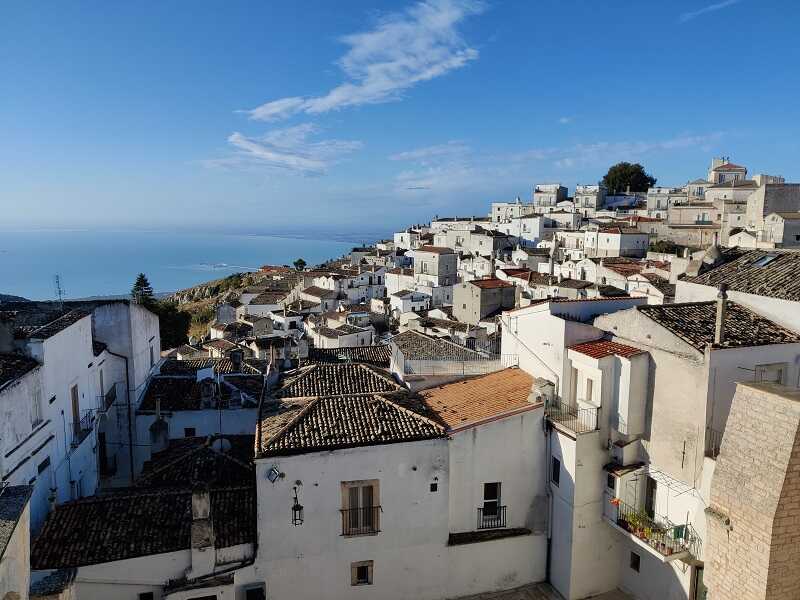 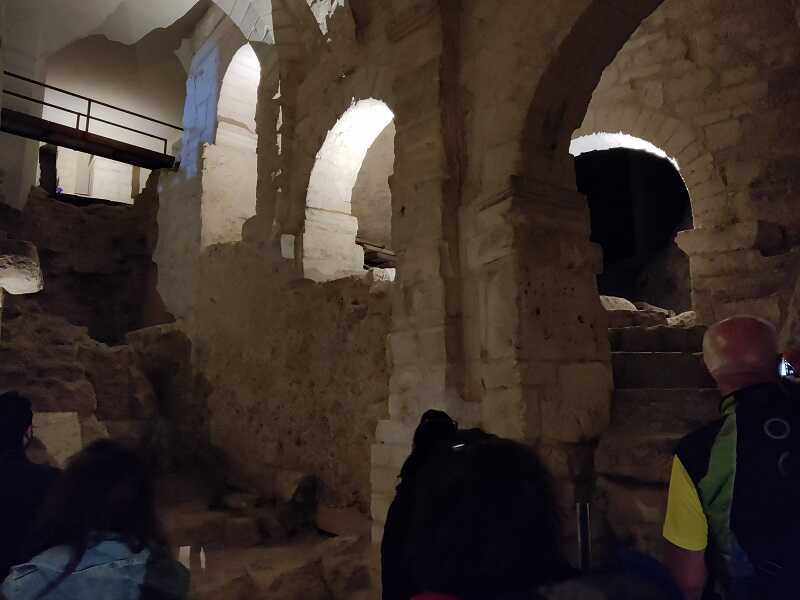 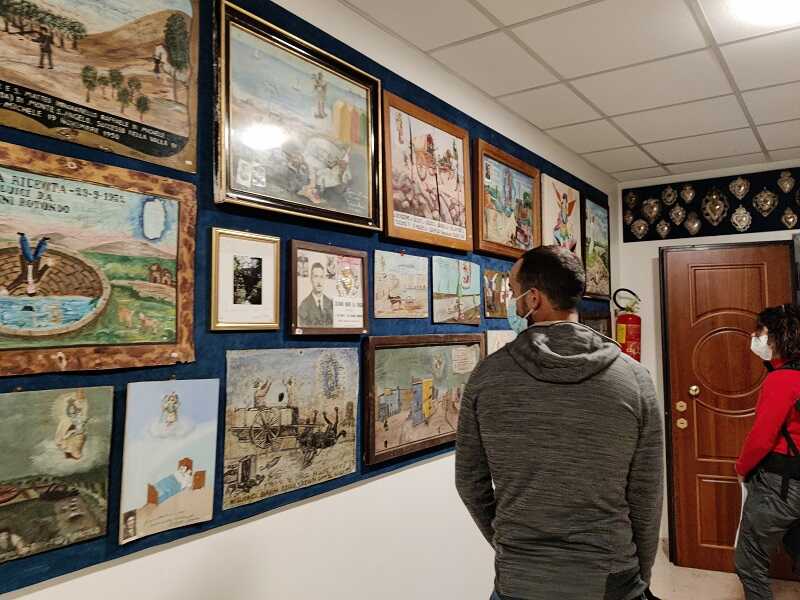 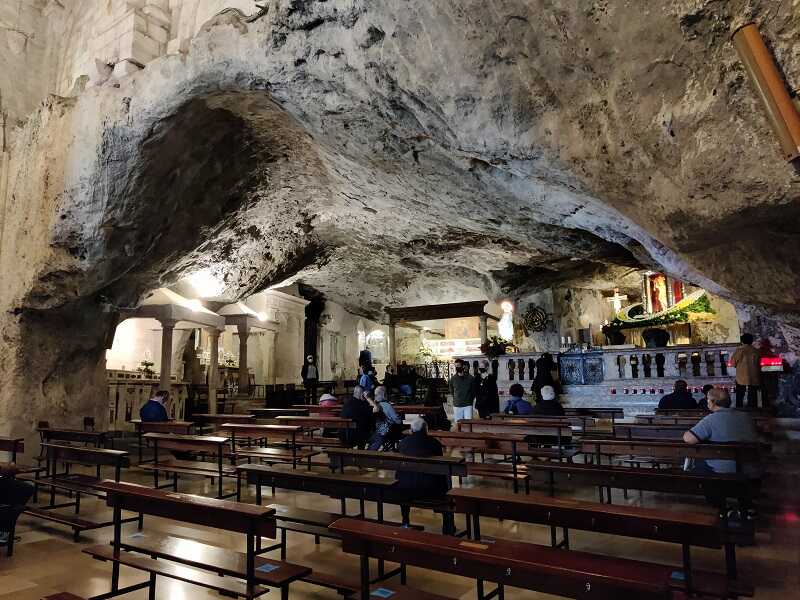 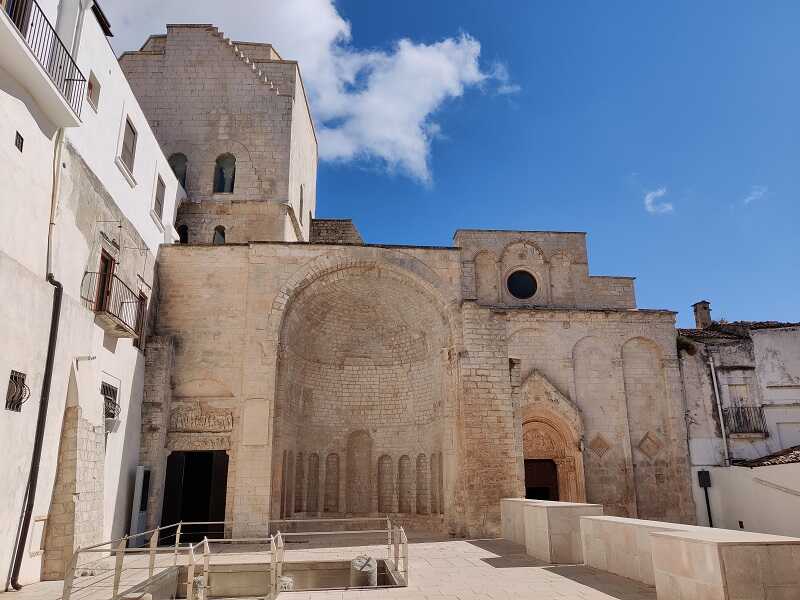 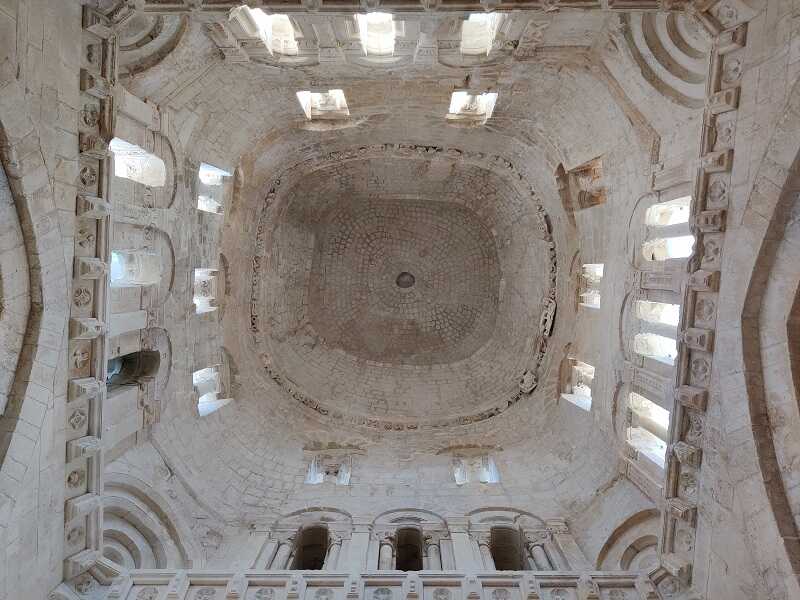 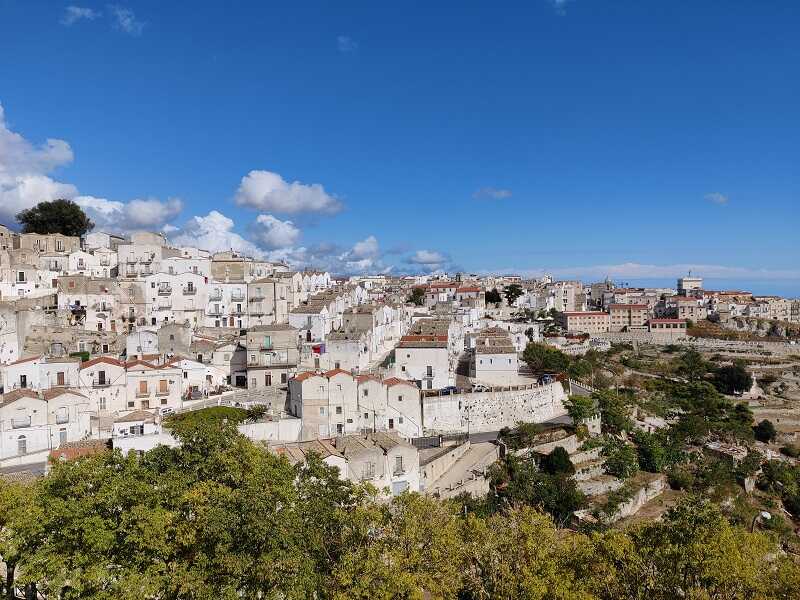