Day 70 (variant) – From San Quirico d’Orcia to Abbadia San Salvatore: fresh rain and warm welcome in the “City of Torches”

After leaving the stunning town of San Quirico D’Orcia, and after a delicious vegetarian lunch that recharged our energies, the group split in two and our group walked along the variant that leads to Abbadia San Salvatore, discovering the lands of the Amiata Mountain. ⛰️
Many people joined us for half of the stage, including Massimo Sabatini, local municipal advisor and passionate of the Via Francigena, Stelvio Mambrini, local historian, and Leonardo Porcelloni, geographer from the University of Notthingham and researcher of the Via Francigena; not only: a group of passionate local walkers joined (all women), as well as Massimo Tedeschi, EAVF’s President.
Abbadia San Salvatore is at an elevation of 822 m over sea level, and black clouds appeared very quickly above us, reminding us how quickly the weather can change in the mountains. Thunders accompanied us for most of today’s route. Big rain drops started coming down, and a proper storm started just as we entered the commercial farm “La Rosa Amiatina”. Soon, the sunshine and nice temperatures that had accompanied us in the morning transformed into a faint memory. ⛈️
The bad weather was compensated by the warmth with which our friends Moira and Roberto, from the Rosa Amiatina farm, welcomed us at their home. They had prepared a healthy and super tasty buffet for our large group of walkers, offering local specialties such as Ricciolina cake, fresh fruit and km 0 handmade products, such as cheeses and jams. This refreshment gave us sufficient energies to face the last few hills to reach the center of Abbadia, now only a few steps away. 🍇🧀🍯
With a clearer weather (the rain was less intense) we moved forward to reach the Abbey of Abbadia. We entered the cloister just before the rain started pouring again – this time even stronger – once again, compensated by the warm welcome of inhabitants, of Don Giampaolo and the LUA association.
After an official delivery of the Via Francigena plate, marking the passage of the 70th stage of Road to Rome, Stelvio and vice-mayor Lucilla Romani accompanied us to the Sacred Art Museum, containing a scroll from year 876 in which the name “Via Francisca” appears, one of the very first documents reporting the existence of the route. Continuous surprises arrived: we visited the imperial Abbey and the incredible Longobard crypt – a forest of columns and capitals carved out of volcanic rock, in singular forms and shapes.
After a relaxing dinner, in a family-like atmosphere, we went on an evening stroll across the medieval town center. As a last activity, we met Marcellina in her handcraft shop, a milestone for Abbadia and a certainty if you’re looking for an enjoyable chat about the history and traditions of the area.
We even had a taste of honey ‘grappa’ liquor, and then, completely tired out, we went to our rooms in Abbadia’s “house of the pilgrim” (“Casa del Pellegrino”), happy to have had a chance to discover this not-so-known route among incredible places and people. 💚 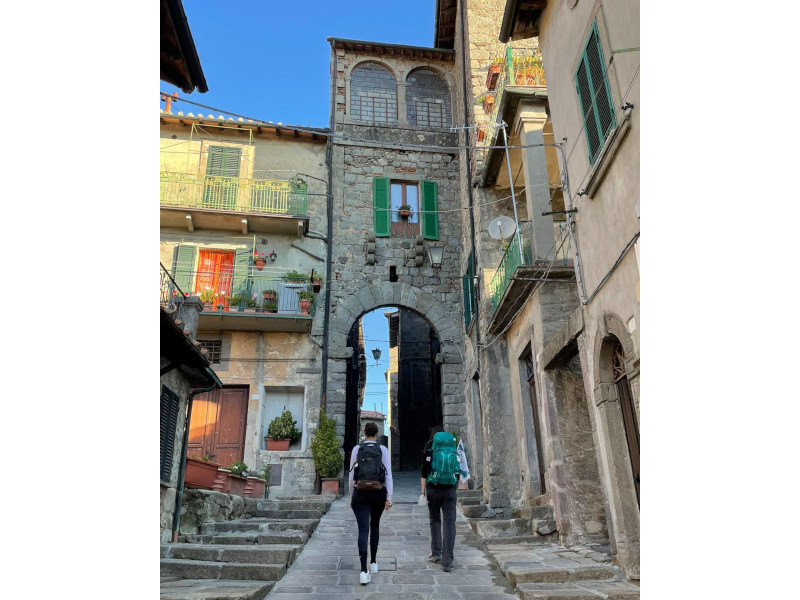 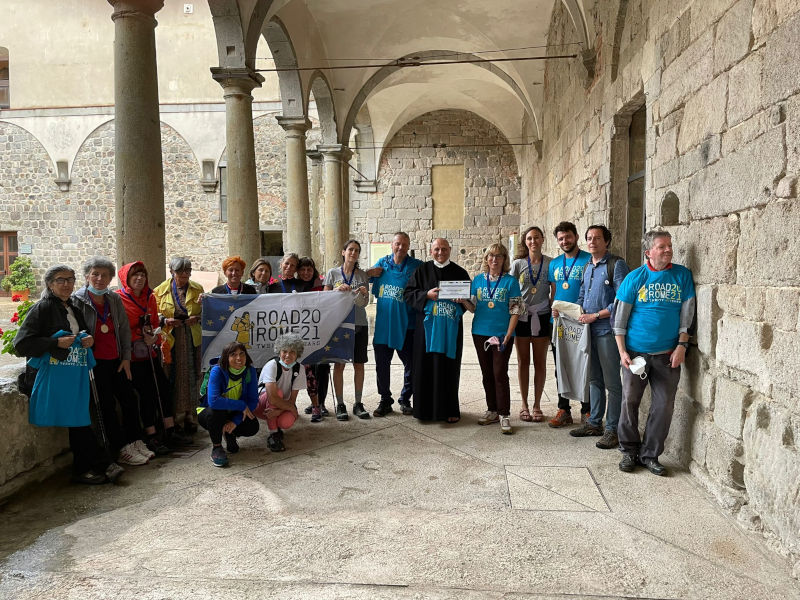 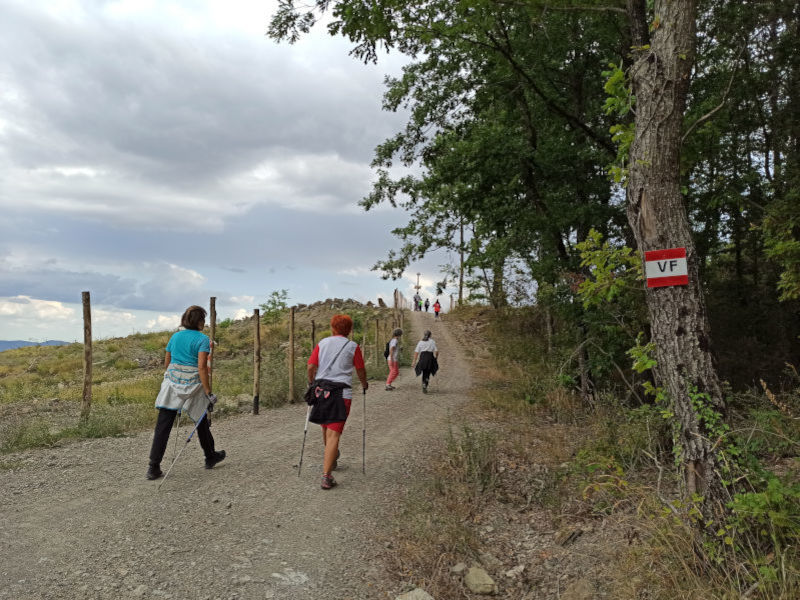 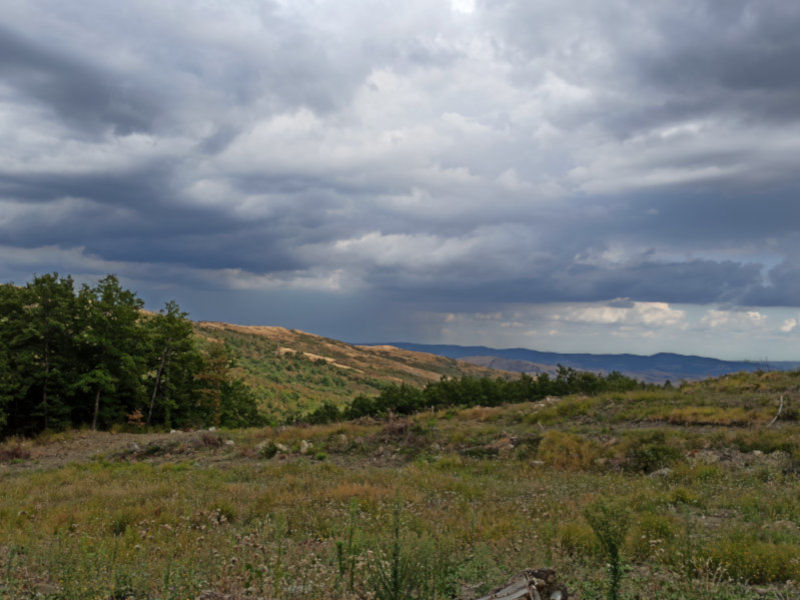 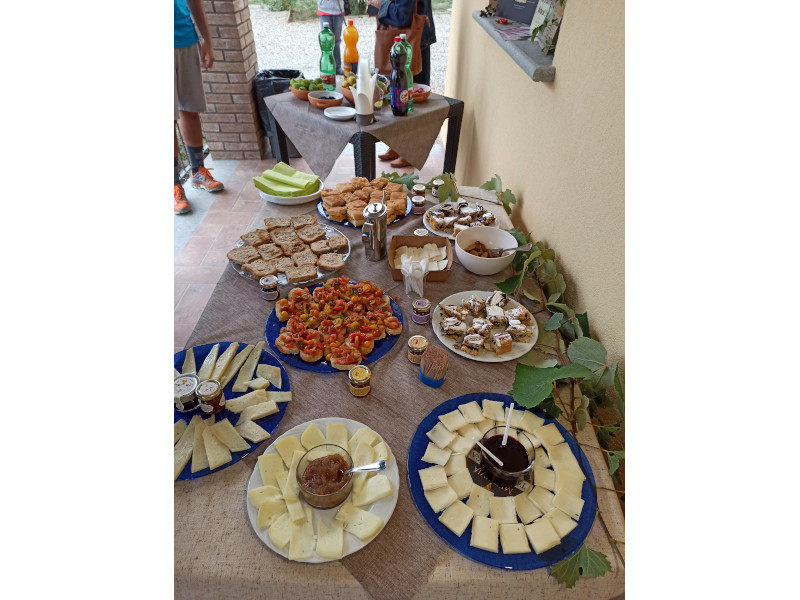 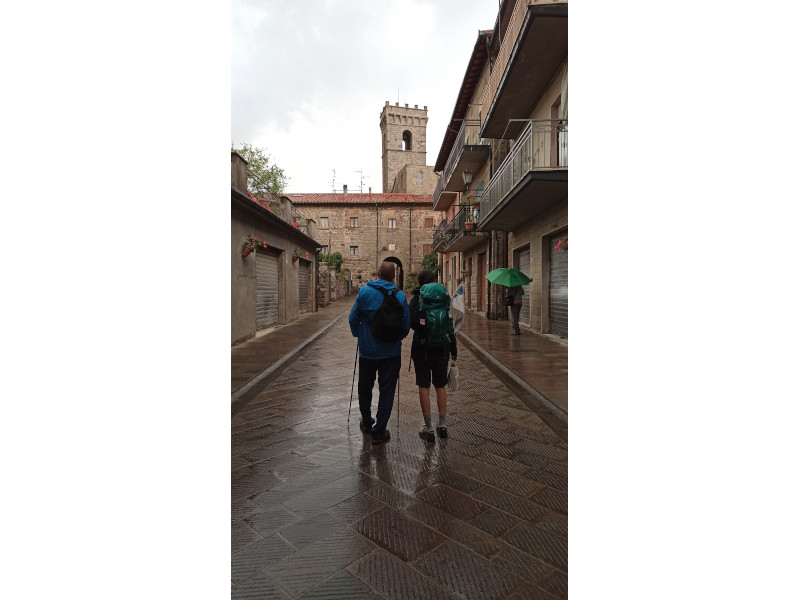 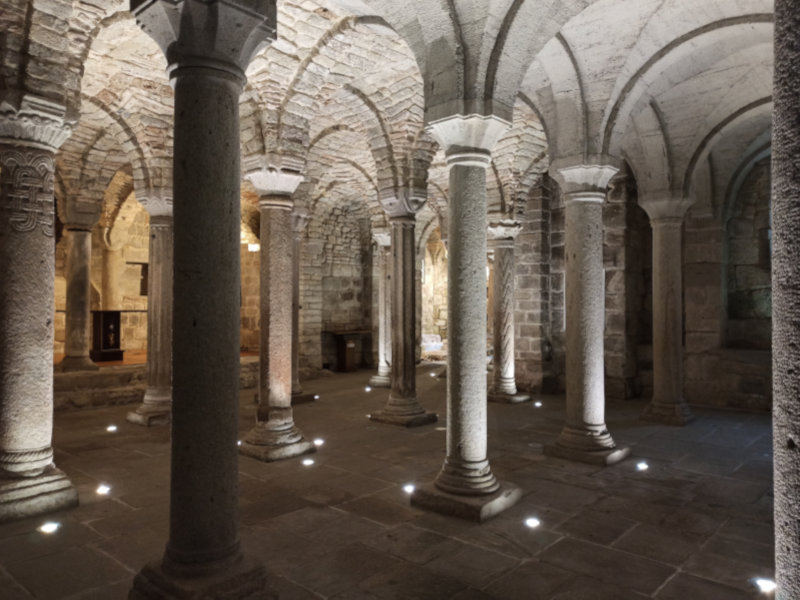 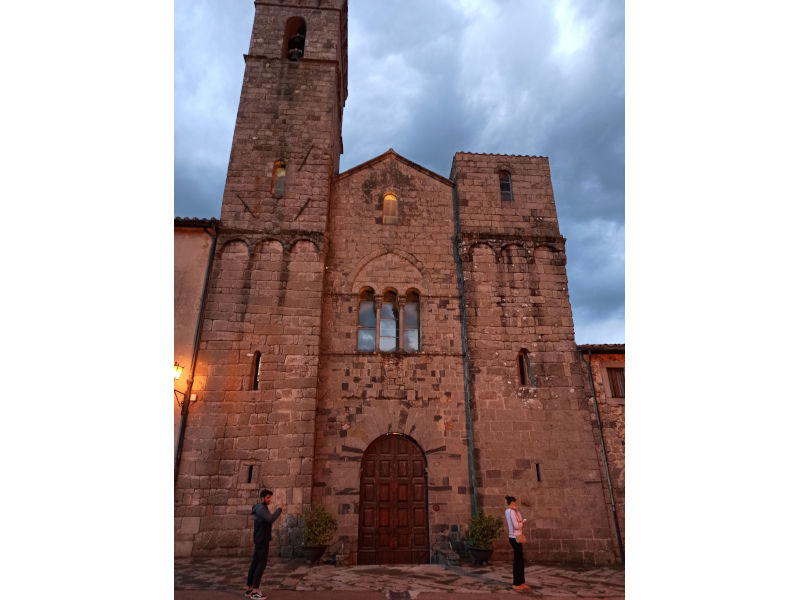 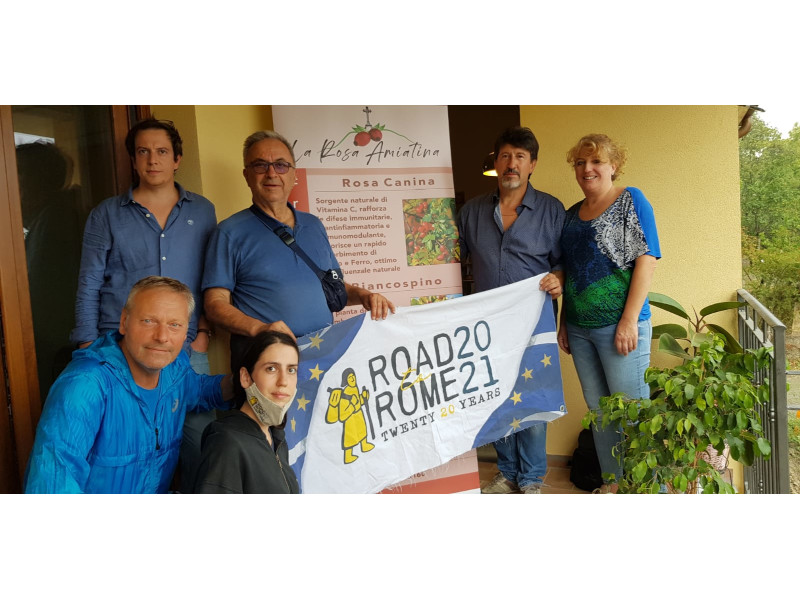 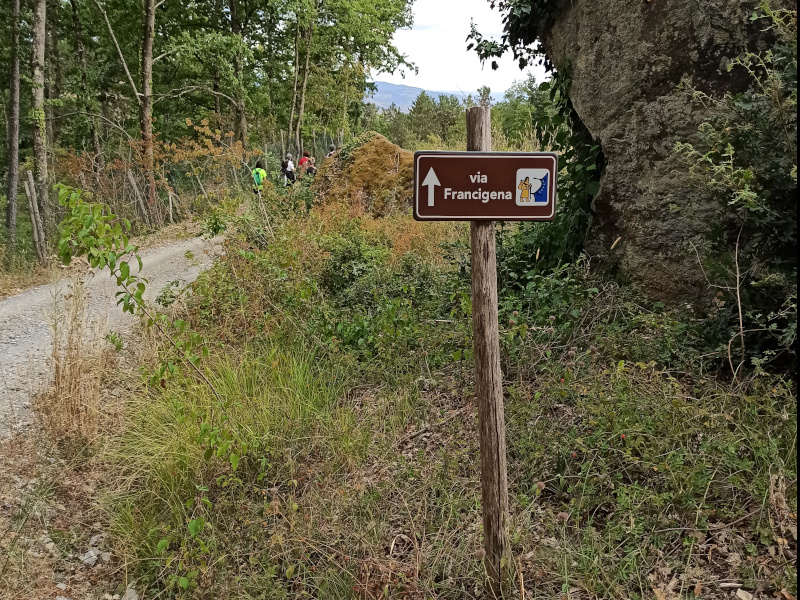