Road to Rome. Broad participation during the first ten days on the road, from Canterbury to Arras!

The beautiful cathedral of Canterbury and the Beffroi of Arras are two symbolic locations that framed the beginning of “Via Francigena Road to Rome”, the long march that started on the 15th of June and will end on the 18th of October in Santa Maria di Leuca.

The rather rainy weather of these first days of journey did not influence the warm welcoming of municipalities, departments, tourist offices, local associations and the network of accommodation facilities involved in the project. From the 15th of June, the pilgrim’s stick, delivered by our friends of the Confraternity of Pilgrims to Rome, is crossing Europe from North to South on its 127 days-long relay march.

Canterbury, Calais, Wissant, Guines, Licques, Tournehem-sur-la-Hem, Wisques, Thérouanne, Amettes, Bruay-La-Buissière, Ablain Saint Nazaire, Arras were the stages crossed in these first walking days. In between, many small municipalities of the English region of Kent and the French Haute France opened their doors to the Road to Rome, displaying the extraordinary cultural heritage that distinguishes them.

“Heritage” (together with “restart” and “Europe”) is one of the key words of this epic journey, which aims to celebrate the 20th anniversary of the European Association of Via Francigena ways with all of the 657 municipalities located along the route. The Road to Rome is also highlighting the UNESCO candidacy of the Via Francigena in France: this project is finding support and excitement among all encountered local communities.

Along the route, groups of hikers and pilgrims are joining our walkers, wanting to share their trip with the leading group of the Road to Rome. This is one of the most important results achieved until now: the strong participation of local territories, responding with pride and feeling part of a European cultural route and a pilgrimage route that culturally unites them.

At the forefront we also find the Fédération Française de la Randonnée and the Fédération Via Francigena France, which are accompanying the group along the French section and are highly contributing to the overall success of the Road to Rome.

Sunday 27th of June the group stopped for a day in the gorgeous city of Arras. The next stops are expected in Reims, Champlitte and Besançon, before arriving in Swiss territory.

It is possible to follow our daily stories, photos and videos of the trip through EAVF’s official channels.

WEBSITE: www.viefrancigene.org (with a map showing our daily movements). 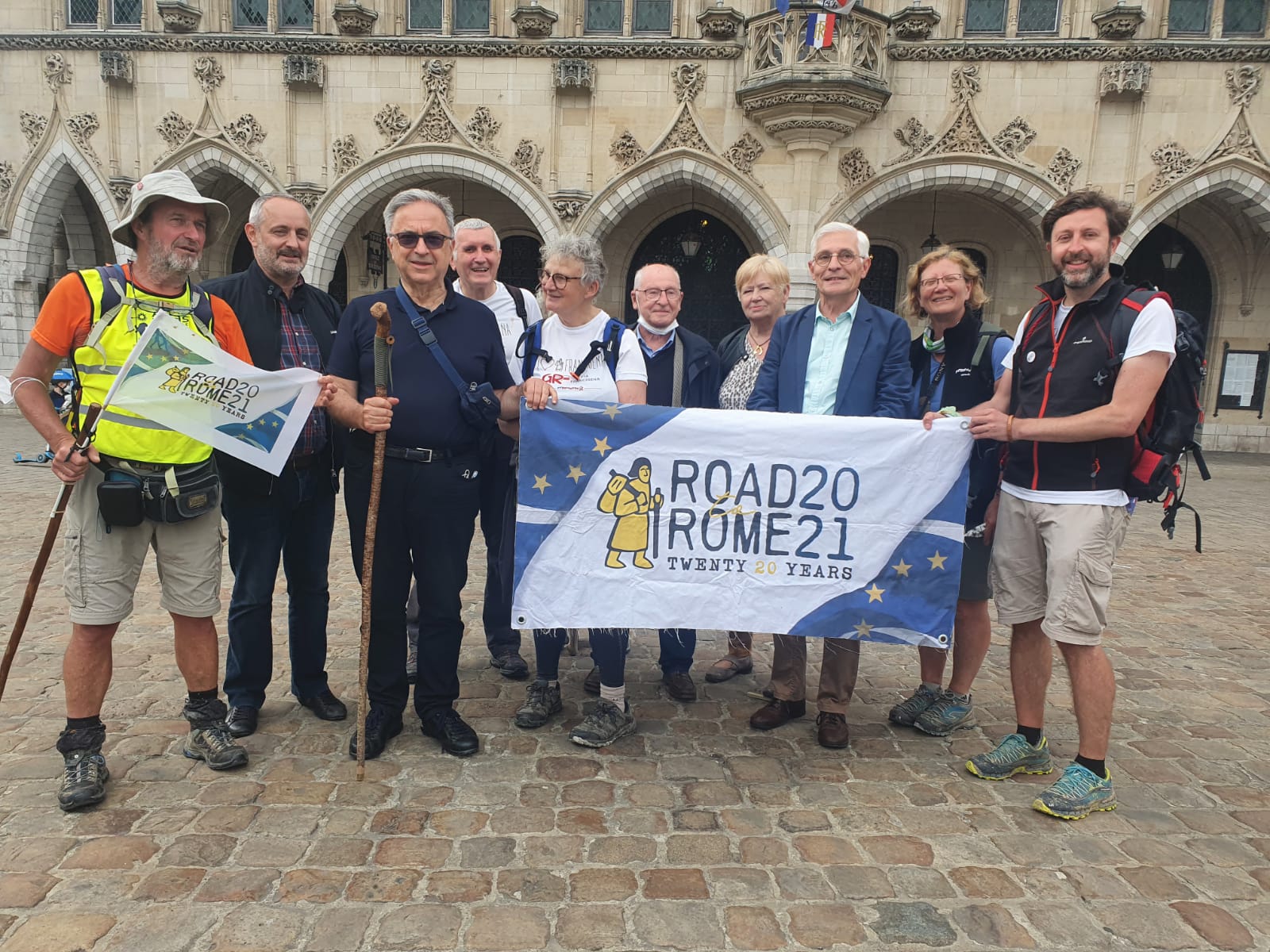 PrevEducational Tour in Tuscia: a great example of territorial enhancement
“The legend of Sigeric: the true story of the Via Francigena”Next