The Via Francigena follows the course of the Venoge from Cossonay to the banks of Lake Geneva. The river represents the main theme of this leg, between mountains and valleys, it unites the countryside with the city. From the very beginning, the trail taken to reach the capital of the Canton of Vaud skirts the banks of the lake passing by the Roman church of St. Suplice and the ancient port of Vidy. Up until the adoption of the Reform in 1536, Lausanne and its cathedral, dedicated to the Virgin Mary, represented one of the most important pilgrimage destinations. At this point the Via Francigena crosses paths with the trail of Santiago de Compostela. 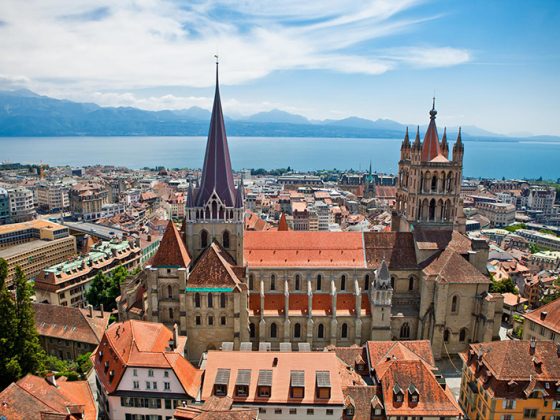