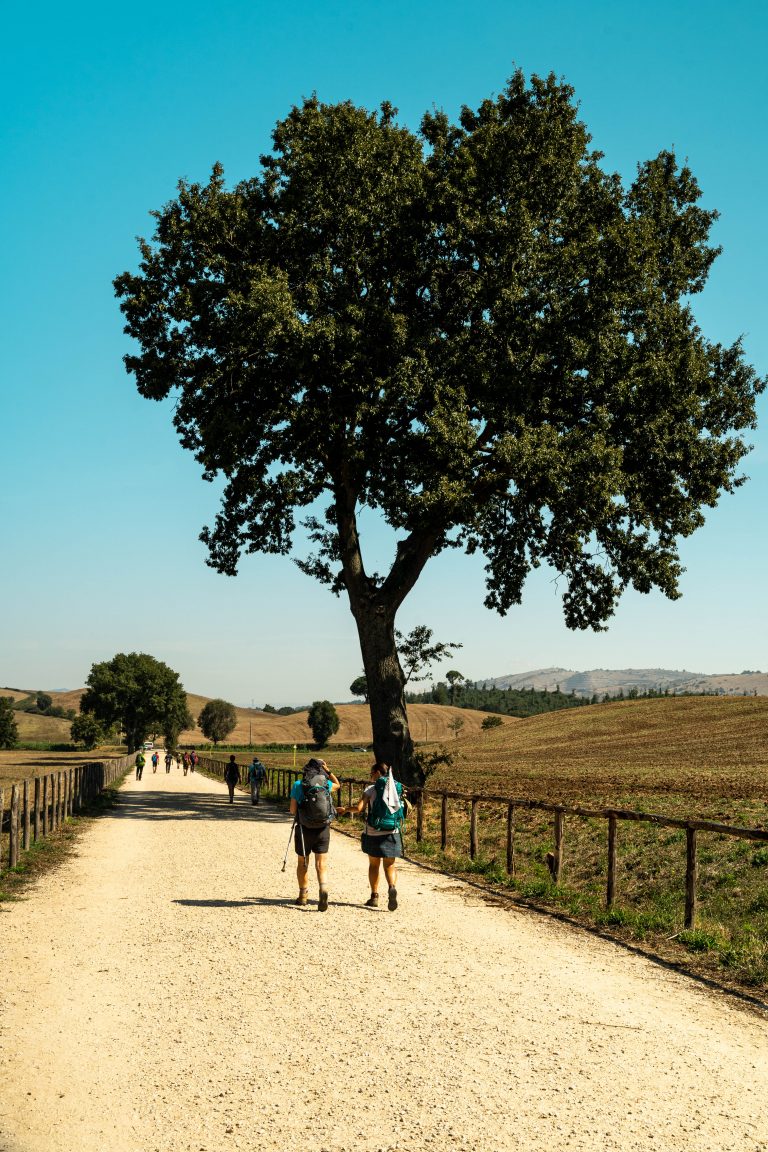 The Lazio Region has been an ordinary member of the European Association of the Via Francigena Ways since 2010 and actively collaborates in the enhancement of the European Itinerary, as well as its ongoing maintenance and infrastructure. In 2022, both entities have decided to activate an all-round project, with multiple activities aimed at improving the Itinerary.

First and foremost, the project includes a reconnaissance of the entire regional route, which is necessary in order to fully understand the state of the art of the route. In addition, in synergy with local administrations and associations, new directional signage will be installed, major historical and cultural points of interest in the area will be identified, as well as online promotion and printed publications.

The Lazio section of the Via Francigena plays a key role in the development of the Via Francigena: first because it is here that the most sought-after pilgrimage destination for travelers, Rome, is located, and secondly because it directs the walker, or cyclist, or horseman, to Santa Maria di Leuca, the Italian Finis Terrae. Lazio is thus the arrival and departure point of the European Via Francigena, and more. Lazio’s Via Francigena unfolds in twenty-one walking stages: ten north of Rome, starting in Proceno, the first municipality after the Tuscan stretch, and eleven south of the Eternal City, along the ancient Via Appia, to Castelforte and the border with the Campania region. Crossing the Lazio territory allows walkers to explore an infinite variety of panoramas, histories and eras, among landscapes suspended between sea and land, local traditions and typical gastronomic specialties.